Still no no no your image is great! I was referring to many I see on the net - for example flowers in full sunlight that while they have great tonality I often see them looking a bit dull so they have made me wonder about the sensor. I probably prefer a little more saturation than many do though it depends on the image. Your image is spot on.

Your in Australia so yes Murray Grey is a logical alternative. My brother and cousin have been partners in some Murray Greys in Montana. I like the cattle but seems as if it ain't black the market discounts them although it shouldn't - ditto shorthorns.

Well Ed I'm glad you enjoyed the subject matter and the device output. Now not to bother too many others on here, but it is refreshing to hear someone else interested in both cattle and photography - hey, there aint that many out there. I thought I'd take the opportunity to show off our only other calf. This boy arrived a couple of days later. His from the same dad (full Murray Grey) and his mum is pictured....but sorry we have no idea what breed she is.

Guys, I promise I'll hold off on any other bovine shots. Well I only have 8 total. It could be worse we have horses too. And they LOVE the camera 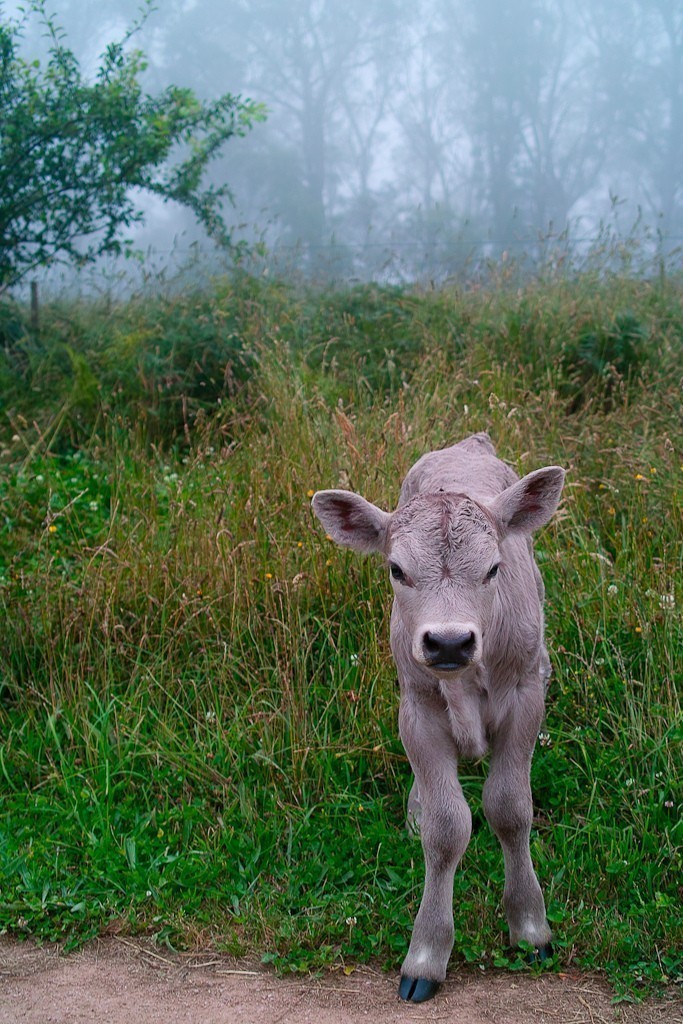 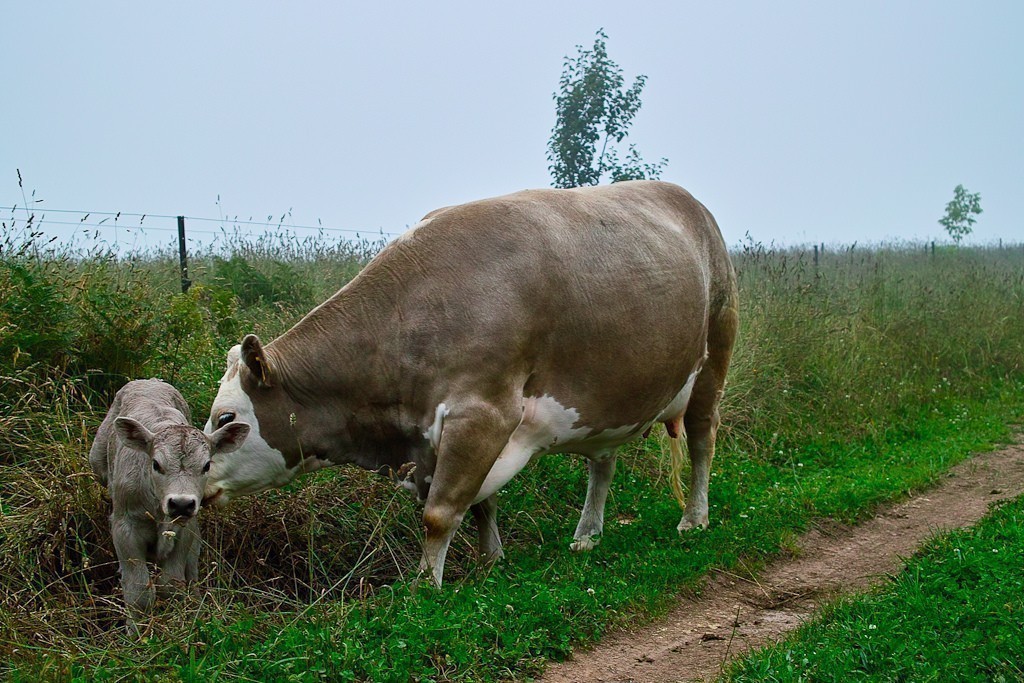 Mark, fear not - I am another who is very fond of the bovine! Although I haven't ever raised any, I've lived next to quite a herd in the past - Black Angus. I've always found cows, in general, to be very calming and kind. One of our three dogs, in particular, loved the cows and would regularly go on visits to touch noses with them through the fencing along the fields.

I have a close friend who lives about an hour north of me that is lucky enough to have some cows and their calves next door through most of the year... And I'd like to introduce you to a Flickr pal who almost exclusively takes pictures of her "models" Flickr: excellentzebu1050's Photostream

What is this little fellow's name? He is so cute!

Oh, and I just remembered - I actually had a little calf named after me when I was living in West Virginia. It was quite an honor.

I'm up for good photos of cows and horses. I had veterinary school in my sights a few years back.
E

Still Nice Pics above! I see you can crank up the intensity on the DP2. Wow! That mama cow - well probably crossbred but two words came to my mind right away - Simmental or Fleckvieh - whichever you have the most of around you - my guess is predominantly Simmental.

I must say that your not the only one I know that really likes the Foveon colors. There is a very small group of us that discusses photography stuff at another site that is actually dedicated to Flight Simulation of all things. Anyway one guy there just got a DP2 to add to his D5000, EPL-1, Sony Nex 3 and now the DP2. He won't mind if I post a link to one of his images on Flickr. 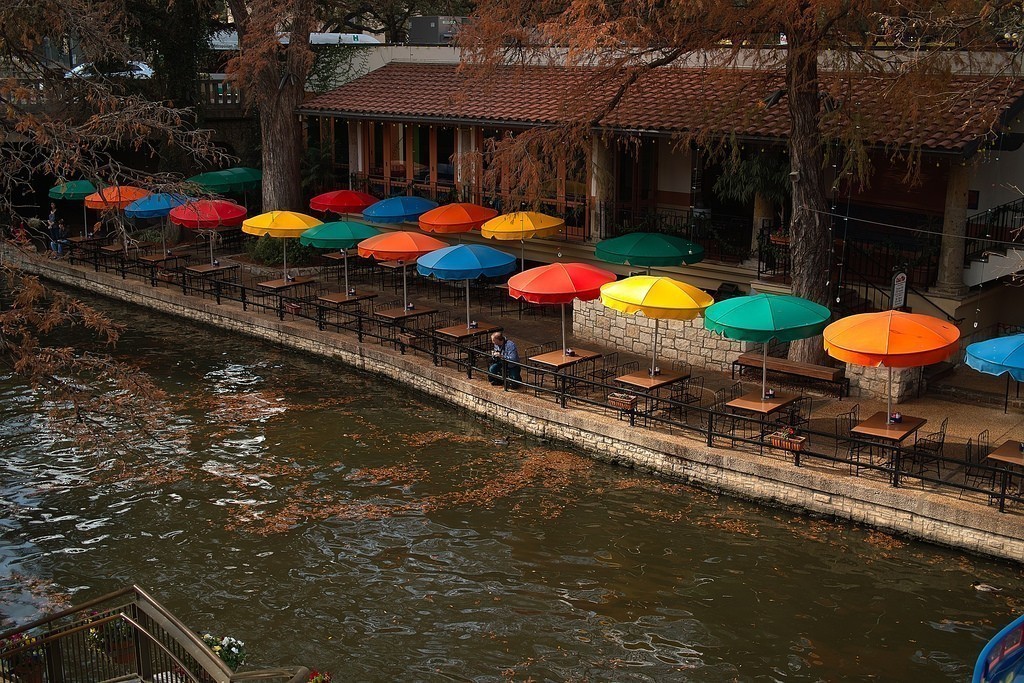 This image of what I am pretty certain is part of the San Antonio riverwalk (since he is from there) shows a bit of what I mean when I say to me the colors are unquestionably rich and full but just seem to me to be off like maybe dull? just a bit. Beautiful beautiful colours but... Am I the only one who sees this? What would probably really "settle" the issue in my mind is if I could find a set of images of side by side Foveon and Bayer sensor images under a variety of conditions. I haven't yet seen this. No disrespect for the sensor or camera intended as it takes beautiful images with very full and rich colours but...

The calf is really cute, and I love the riverwalk photo!

EasyEd, I wonder if it could be a computer monitor issue? I don't feel anything dull about these colors in the river walk photograph. I do sense a slightly warm tone. On the other hand, each of us sees color differently and, in addition, chooses how to use color in our pictures. So this may come into play here, as well.

I have a friend on Flickr, vaquey, who has given me permission to share his images here but I only do it by linking. I love his work in both color and black and white: Here are two examples: Koelreuteria paniculata | Flickr - Photo Sharing! and into the dark | Flickr - Photo Sharing! Both of these have very rich colors but there is a kind of polaroid feel to the color in the second. In looking at his stream of photos, I notice a special color quality sometimes that is either the result of the camera or his choice in processing. Often he does mention that it is "out of the camera". Take a look through his pictures and see what you think.

Frankly, I'm in love with the qualities I see with these foveon pictures but I have heard that the DP is a camera that takes some getting used to, more so than others. I have no personal experience, alas.
E

I've been looking into this a fair bit this morning - looking for explanations/rationales for why the colours from Sigma's often don't look right to me.

At first I thought this review of the DP2 from PopPhoto had it right.

But numbers don't tell the whole story. We were looking at scenic shots-the greens of summer- converted from RAW at Photo Pro's default color profile, Standard, which stresses accuracy over saturation, when something about the sharp detail, creamy gradation, and slightly subdued color rang a far-off bell.

Then it came to us: Kodachrome.

The images looked very much like Kodachrome slides, revered for their accurate color and crisp detail. (The DP2, though, does yellow better.) With RAW processing, of course, you can opt for a whole variety of looks- develop the files with Vivid color, shove up the saturation sliders, etc. But we like that old-school Kodachrome look.
Click to expand...

I have to say they are both clearly kodachrome which I never liked - I always used ektachrome (200 in particular) as I always thought the sort of "blue/white sharpness" (as I have always seen it) of ektachrome was more accurate and appealing.

I have always realized that Paul Simon was dyslexic when it came to films. He really mean't to sing "Mama don't take my ektachrome away..." (and may have actually intended to say Canon or more likely Minolta (my favorite) instead of Nikon in the song as well.

I think that the DP2 does do a bit more "kodachrome" than other systems but I was sure that wasn't the whole story.

Then I stumbled across this thread from Pentaxforums which I think does explain things far better. In particular the last 1/3rd or so of page 2 and most all of page 3. Be sure to look at the link to DPReview by Luck1 on page 3 and then the shockwave link in the first post at DPReview.

After looking at the shock wave application look at the riverwalk photo I linked to earlier and I think that explains what bothers me. In particular the yellow umbrella is "wrong" - too orange for me. Now that may be the real color but I have my doubts.

The revelation of the colour shift and ability to "fix" it makes real sense to me as basically it comes down to how we humans decide to interpret the electrical voltages a sensor puts out. There is more on this in the link in the first post on page 2. This I buy and it does explain why so many photos by DP1s and 2s I looked at at flickr were to my sense of vision "correct" as they were probably "corrected".

Fascinating stuff and it simply reinforces in me how right the observation that "all photographs are illusions" is.

Thanks for all your research, Ed and for your post. I am such a right brainer that it's possible that all this will all be beyond me. I appreciate your links and feedback very much.

Interestingly, I always liked Kodachrome but I used it in my Olympus OM-1.

Honestly I remember using Kodachrome 64 and 200, Ilford quite a bit, and Kodak's Vericolor for slides...but that was a very long time ago. I used Agfa, and others...and yes, Ektachrome, too. I feel a bit like bursting into song a la "Bye, Bye Miss American Pie" just thinking about it. Not sure if that makes sense, but I'm thinking about times past and coded words in songs...and playing the Beatles album backwards. No doubt dating myself very well!

From my point of view and tastes, I really like the results I've seen with the Sigma. I'm not well versed enough to know the differences between the DP1 and 2, but I'm a big fan of a couple of folks I know who use DP2 the camera pretty much exclusively.