I am lucky enough to be friends with a handful of truly fine musicians in the area of Southern Oregon where I live. One of them, Mark Kailana Nelson, is a rather remarkable multi-instrumentalist, whose instruments include multiple dulcimers, guitars, basses, banjos, mandolins, and ukeleles. Among other genres, he plays Irish and Scottish music, American folk tunes, blues, jug band, Breton and Limousin musiques, various Balkan specialties and... the list goes on and on. At one point, for several years, I was lucky enough to play with him in a conjunto Gallego, a band which played modern and traditional Spanish celtic music from Galicia. In the past dozen-odd years, Mark has become a true master of Hawaiian style slack-key guitar, a process in which he spent much time in Hawaii, and was literally apprenticed into and accepted by one of the lineal and tradition musical 'families' of native Hawaiian musicians. His middle name, 'Kailana', is an 'honorific' which was given to him by Aunty Nona Beamer, the late and legendary champion of authentic and ancient Hawaiian culture.

This past weekend, Mark played music for a Luau, a celebration of Hawaiian dance, song, culture and music - and did an extended performance of a number of seriously cool tunes. I was lucky enough to attend - and happened to have a camera with me.

Here, at the beginning of his first 'set', Mark is explaining a rhythm pattern with hand-clapping. 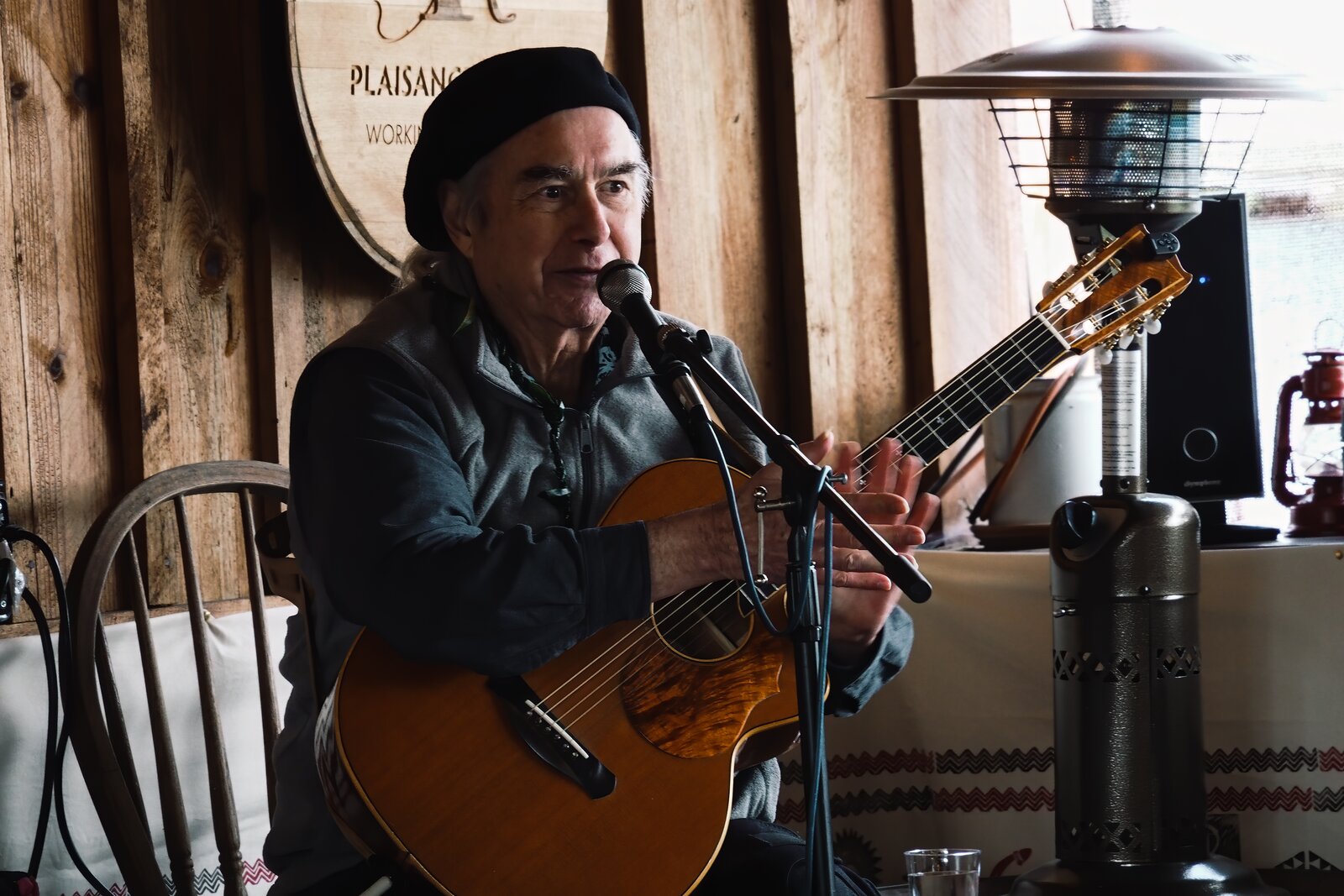 Some images just seem better with a monochrome treatment. This was one of them. 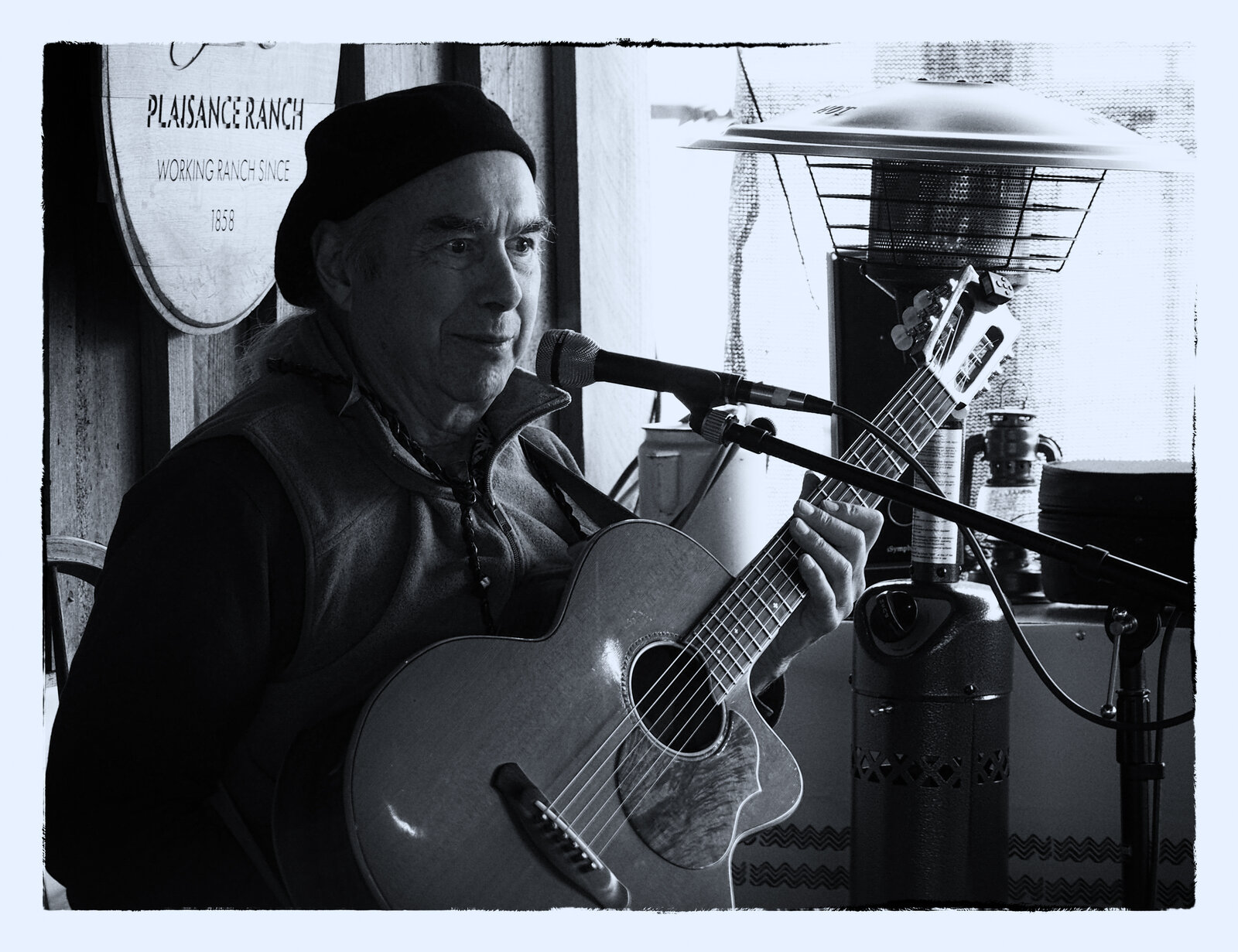 And here, he is just playing...in the grip of the music. 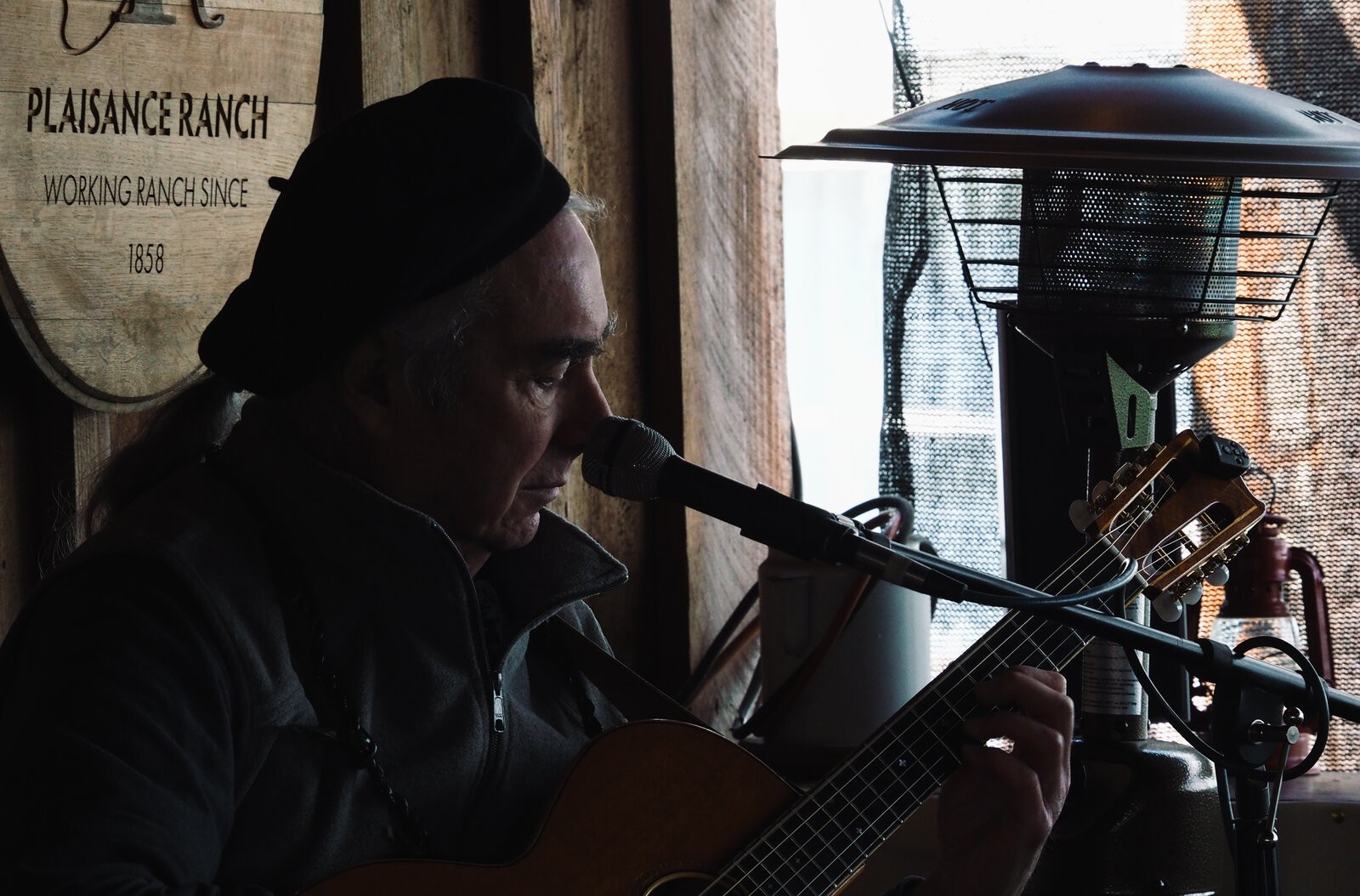 Of course, a guitarist needs to have nimble fingers. Mark is no longer a young man, but watching him play can be mesmerizing. 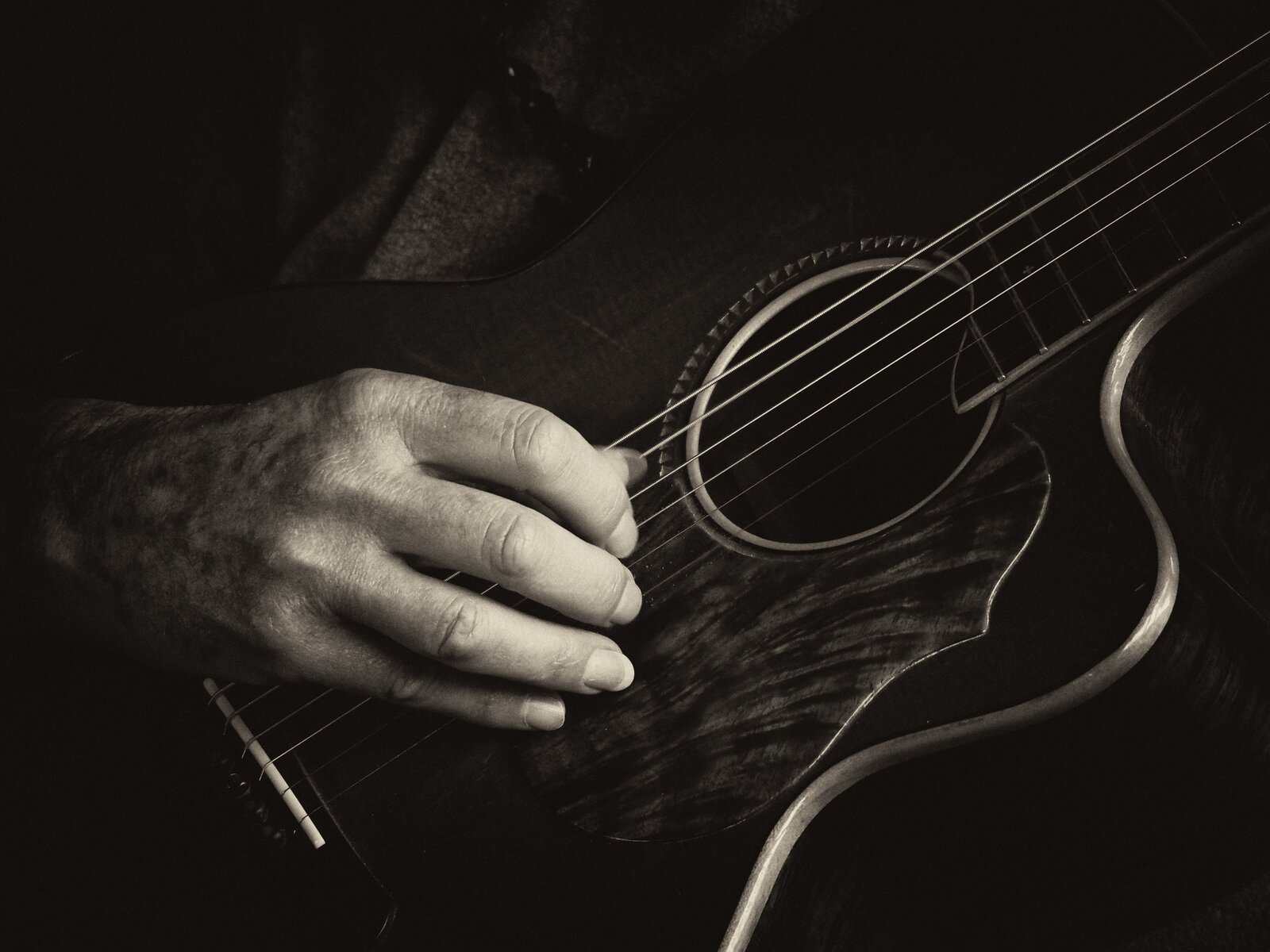 When you listen to someone who is truly a master play, it's hard (for me) to keep taking pictures. This was my last. 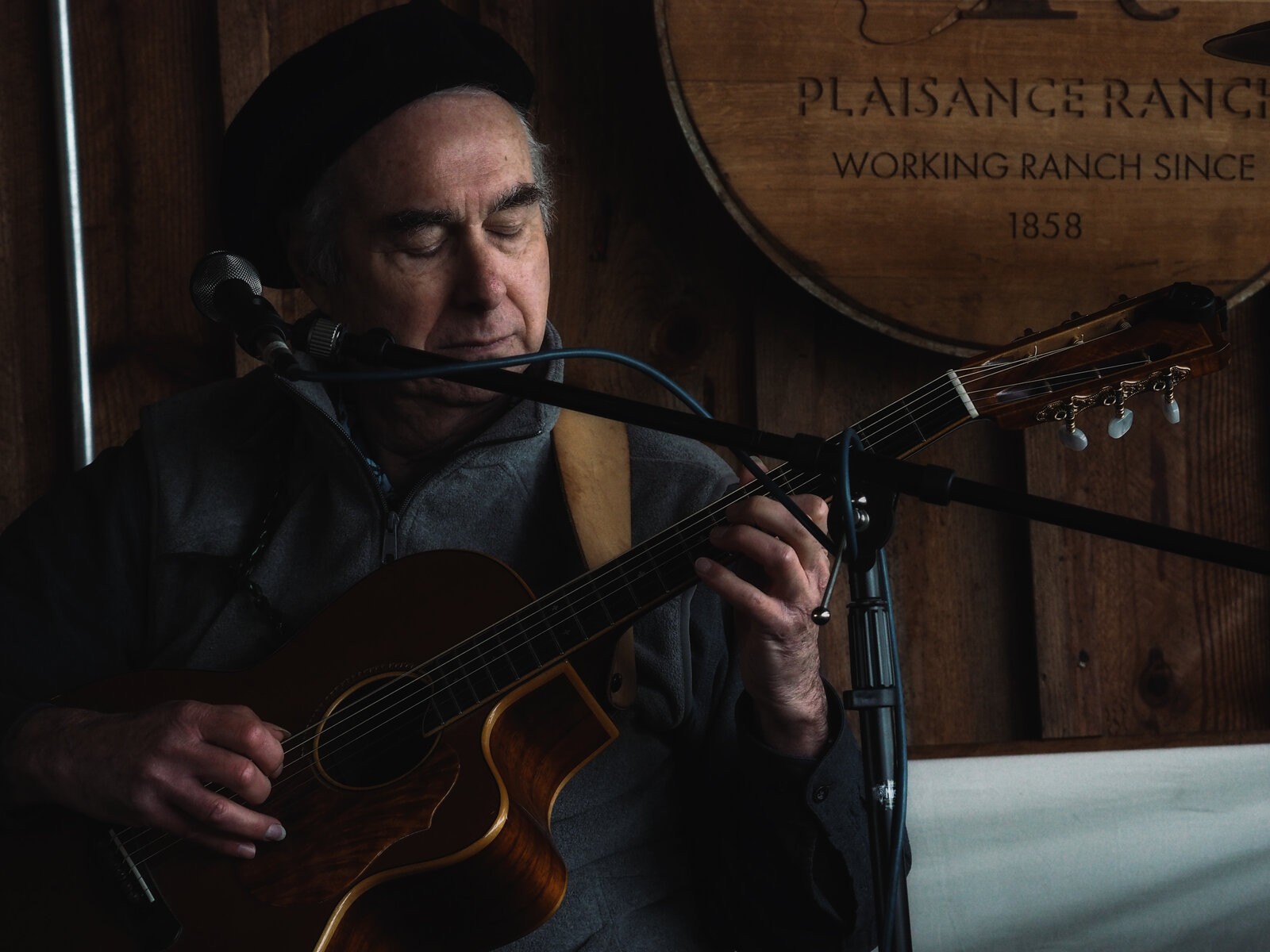 For the musically or culturally curious, Mark has a website which details, in better fashion than I could, some of his musical bibliography and interests. Here it is--
Mark Kailana Nelson - Mark Nelson
Let's just say that, if you ever find yourself close to a place where Mark is playing or giving a concert, I seriously advise you to go out of your way to attend. It'll be worth it.
Last edited: May 10, 2022