I have been looking at small sensor p&s cameras. There are just too many to look at. I am considering the Nikon P7000 or the Samsung tl 350. According to one review I read the P 7000 has really good image IQ as good as the Canon G 12. Does anyone know about the quality of the Samsung and Nikon images. I would prefer the Samsung because of the smaller size, Schneider lens, and slightly faster lens ( 2.4 vs 2.8 ) My other option is a Samsung NX 100. This is much larger but should have good image quality.

Mate there appears to be many more choices at your disposal that those you've mentioned. Might I suggest you let the mob here know what your requirements and/or priorities are and then you'll certainly find some more refined opinions. For instance, is portability, image quality, ease of use, manual control, viewfinder capability, zoom reach or width, etc. at the top of your list. For instance, you mention many compacts with a viewfinder and then throw the TL350 into the mix. If you are entertaining the little Samsung, then you might also consider the Canon S95 (which many a folk enjoy the portability, UI and IQ of) or the TL500 (which seems far preferred to the smaller TL350) or the Olympus XZ-1 (which is gaining momentum and looks an intriguing fast little proposition).

Again please let us know your compact desires and we'll be sure to steer you ashore.

Dave, you do not seem to know what you want, at least this is my impression. You have not told us, what you want to photograph, so we can only guess. And you contradict yourself, because on the one hand you want a small camera, but on the other hand the NX 100 is an option. The NX 100 has an APS-C sized sensor, which is a lot larger than all other cameras you mentioned. Larger sensors are better and if the Samsung is small enough and fulfills your requirements, whatever they are, then I would choose the larger sensor. If you want a camera which you want to have with you all the time, you will most probably be very happy with the Canon S95, which is a fantastic compact. In my opinion there is no smaller camera which offers better image quality than the Canon S95. I own the Canon S90 and know what I am talking about when it comes to this gem.
D

I'm looking for something to put in a pocket that I will have with me when a photo opportunity arises. I already have a Nikon D 80 with an aps-c sensor so I am really not looking for a big sensor p&s. I only mentioned the NX 100 since it is very reasonably price and fairly small. I would prefer a pocketable camera that takes good video at around 30fps since my son and his wife are expecting their first child. I am not considering a video camera since I have bought three over the years and every one has failed in about two years ( always out of warranty ). I bought a cheap Sony flip-type video camera because it does shoot 1080p video at 30 fps. The tl 350 shoots 1080p at 30 fps and can take a still picture while recording. I am leaning toward the tl 350 because of the video, size, price, Schneider lens, and 24mm f/2.4 lens that zooms to 120mm. Whatever I buy it will not be the last, but it would be nice to get a good one. I currently have a Sony W 150 p&s which is nice, but only does the 640x480 video.

Dave, I do not do video, thus I cannot say much about this, but I would choose one of those compacts having a larger sensor and less pixels than the usual compact cameras. I use such compact cameras a lot and the picture quality is a lot better than the cameras with tiny sensors and much too many pixels. The Canon S95 can do video and so does the G12. Don't forget to consider Panasonic's LX5, whose video mode is said to be excellent for a compact camera. The LX5 can do AF and zoom during video while both Canons can't do so. The S95 is much more pocketable than all other larger sensor compacts and its price is very reasonable. If the missing AF and zoom during video does not bother you, this might be a good choice.

Sorry I can't help you with the finer points of video on compacts - as it's not really on my priority list. However, if you are looking for a pocketable compact with video capability then I'd certainly be looking at the Olympus XZ-1, Canon S95, and/or Panasonic LX5 - probably before the little Samsung. But that's just my opinion based on IQ and UI....and again without reference to which has the better video - though even my old LX5 had a decent capability I believe.

Having said all that, I share Pictor's opinion. Now that I have witnessed the outputs of a large sensor compact - in my case the Sigma DP2 - I'd have a hard time going back to a teeny-weeny chip. There is not that much size difference - especially if you were looking at a G12....which is larger than the Sigma DPs and not far off the APS-C and Four-Thirds offerings. However, getting a larger sensor compact will never leave you wishing you, instead, brought your dSLR along....which may just mean the demise of your big clunky!
D

The sigma dp 2 only does 320x240 video at 30 fps. This is probably not good enough. Plus it has only a 41mm equivilent lens. The LX 5 looks pretty good , but for an additional $ 40 you can get the Samsung NX 100. Too many choices! Another option is to see what the new Nikon 2.5x crop sensor cameras are like when they come out.

Yes, well I was never adding the Sigma DPs to your mix. They are certainly not a Swiss Army knife, nor a flick knife, but more a custom pocket knife used for precision whittling.....

pictor said:
The LX5 can do AF and zoom during video while both Canons can't do so.
Click to expand...


This is wrong, my G12 can zoom during video, but there is no AF.
L

I owned the TL350 for a few weeks and I must say it is an AMAZING camera! I ended up having to sell because I couldn't justify having both the TL500 and the TL350 around when I don't shoot that much.

1- the video quality is STUNNING! Watching the videos (mostly low light) on my 47" LCD was really quite something.

2- The AUTO WB is erratic, so you want to set that manually, but the exposure and focus are excellent (make sure you have newest firmware!)

3- the camera shoots raw and has VERY usable ISO1600 shots, which is nuts for a true P*S small sensor camera!

4- The screen is a phenomenal AMOLED that renders excellent previews.

I can't recommend this camera highly enough, especially considering how cheap it is!

One thing, make SURE you buy it from a licensed seller. Apparently there are a lot of quality control issues with the Samsung and I've read many horror stories. This is one of the main issues that kept the remarkably amazing TL 350 and 500 from being the world-dominating cameras they should've been!

PS here's an ISO800 shot handheld, no flash from the TL350. I have better, but I'm on vacation right now. 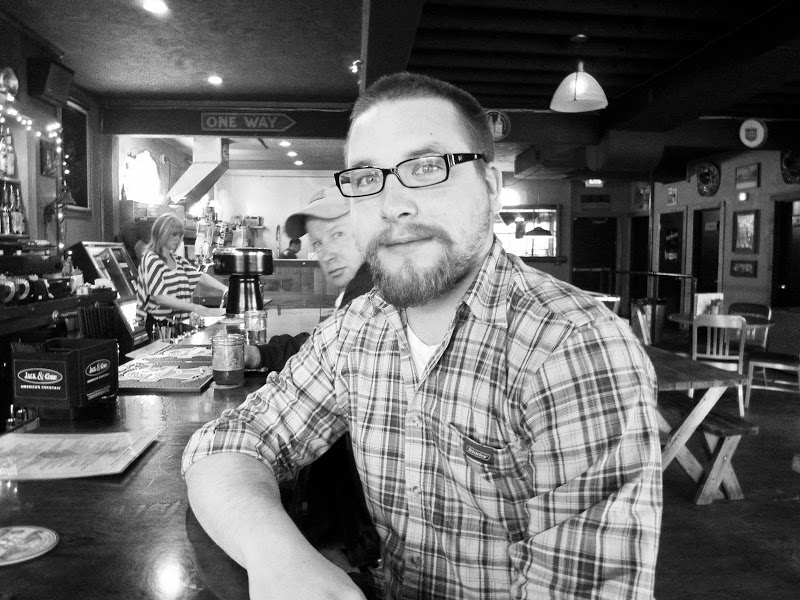 Wow Lattiboy. I would have never had considered the TL350 as a serious compact with the TL500 (EX1) in the mix.

A great sample photo there....now if you could just wind in the depth of field a little to achieve a touch more bokeh, that would be a winning shot!
D

Lattiboy
Since you had both the tl 500 and the tl350 you probably have an opinion. Does the tl 350 have good IQ and colors? Thanks for posting all this information

It's quite late, so please excuse the rambling nature of this post:

The answer to which is better (which I've seen you ask here and at dpReview quite a bit) is entirely subjective. The TL500 is a BEAST of a camera. Considerably larger than the TL350 with less range and a finicky control system and very slow interface.

The TL350 is a much more "consumer" camera lacking the build quality and optical sophistication (and a much smaller sensor) than the TL500, but with astonishingly good video, a perfect (IMO) optical range, and it shoots raw (in burst mode no less!)

Here's the thing: They're both awesome and they're both terrible. You'll notice a lot of photogs almost revel in the flaws of their camera. Check out the Sigma forum if you don't believe me!

If I had the $$$ I would have kept both, but as it is I was looking for a "serious" camera so I went with the TL500. The image quality is indeed vastly superior, but it isn't a "pocket" camera by any stretch of the imagination, the video is a sad joke, you're nuts if you don't buy an "auto cap" ($18 extra on ebay), you loose a lot of zoom reach, and it's "burst" rate is a sad joke that nobody laughs at ("Processing" screen haunts my nightmares!)

The TL350 is IMO, the best small P&S on the market. I've owned quite a few Sony and Lumix numbers (and used the Canon SD series) and none of them pack the features and image/video quality of the TL350.

The TL500 is IMO, the best "serious compact" on the market. It's build quality is phenomenal, the files rival those of my old GF1 on many levels, and the (corrected) RAW output has an almost supernatural flexibility in the shadows.

So, yeah, I doubt I've helped you make a decision, but you need to think about what kind of camera you want before you decide which of these to get.

If you want it in your pocket always, it's between the S95 and TL350. Image quality seems to be pretty close.

Pentax Is the Pentax K-5 small enough to be a "Small DSLR Forum" camera?
2 3