Fuji So I walk into the local camera store...

This past weekend I walked into a local camera store to check out a Domke bag (F2 in nice waxed cotton, and I bought it). I have not been to this store for some time because it is all the way across town and I'm rarely over there. On the shelves behind the counters, along with assorted Nikon, Canon and Leica camera and lens boxes, I spy a Fuji X100 box; I had no idea they carried Fuji. As I'm checking out I ask the guy if they just carry the X100 or if they have the X100. He proudly stated that they indeed carry it and at the moment they had 7 in stock, just arrived the day before. I was stunned, caught like a deer in headlights. I stumbled a few words out of my mouth to the effect of, "can I see it please..."

Lyle Lovett, a talented and rather idiosyncratic country musician, has a song (forget the name) where the narrator sings "My first mistake..." in talking to a cute girl and goes on to list two more mistakes, then the tables turn and the cute girl makes 3 mistakes, and all ends well for both of them. Well, asking to see the X100 was my first mistake. You can probably figure out how this story ends.

I immediately connected with the OVF(!). Like my Zeiss Ikon, but digital. Wow. The EVF seems reasonable enough, good for checking framing or previewing an image in B&W, but I don't plan to use it often. And damn, it's a handsome little camera! It just kinda feels right. I'm an old fashioned knob and dial guy when it comes to cars and cameras are much the same way. Change aperture, twist the knob. Change the exposure compensation, just twist the knob. I don't often shoot in speed priority, but I could just dial that knob too. I like how if I ever want to shoot in P mode I just set both aperture and speed to A. Well, duh.

Lately, I've been shooting with external EVFs on my Ricoh and Olympus cameras, and while I love them and I love the fact that it can rotate 90 degrees, and in some cases I rely on that with wide angle lenses, I've been thinking that at times it would be nice to have a VF option that does not require an admittedly clunky solution; attaching, removing, storing... The X100 provides that solution.

I am fully aware of all of the complaints about the UI. Frankly, it's not that bad, and as I just outlined it works well in some ways. I have not touched the manual yet; all the basics seem easily understandable, and I'm shooting RAW so far. As far as I can tell, it has the latest FW, though I cannot find a FW setting in the menus.

The files are as good as expected. I really like the newer APS-C sensors and their dynamic range for B&W work. More on this later. The lens appears to be nice and sharp. The battery seems to be the exact same one used in the Ricoh GXR so I already have spares. I also bought the hood.

My one complaint, and this seems common to other 3:2-based cameras, is that the only proportion options are 3:2 and 16:9. Why in the worlds can they not enable 4:3 and 6X6? If I may have one request, that is it. I prefer 4:3 over the others with the occasional 6:6. I will just have to use my imagination when framing with the X100.

Cameras and lenses going up for sale this week. The time has come, no excuses.

PS Turns this camera store also had the Olympus E-PL3 in stock, which to my knowledge is not available online yet (and even the E-P3 is hard to find and they had those too). Small camera store, but they had a ton of stuff in stock - I'll have to remember this and do a better job of supporting them in the future and keeping it local. They also carry Fuji Instax, the Fuji medium format cameras, all flavors of Holga, those panoramic 35mm cameras too, tons of bags, and on and on. And the place was jammed all day the guy said. Nice to see a local camera store thriving.

What is a camera without pictures... 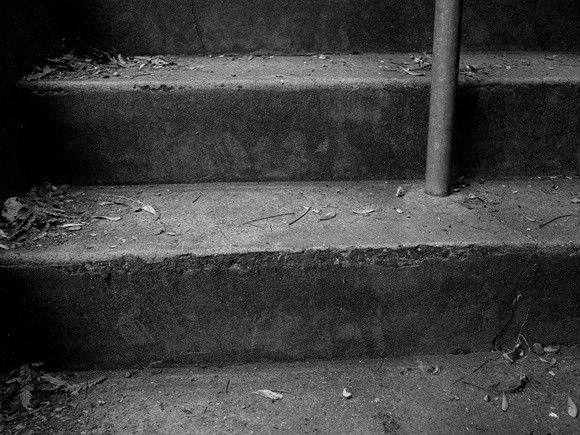 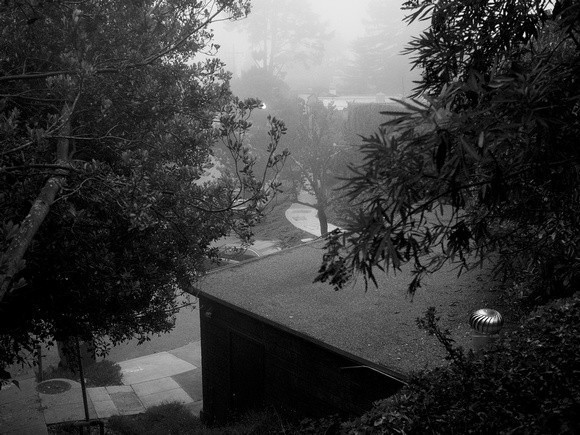 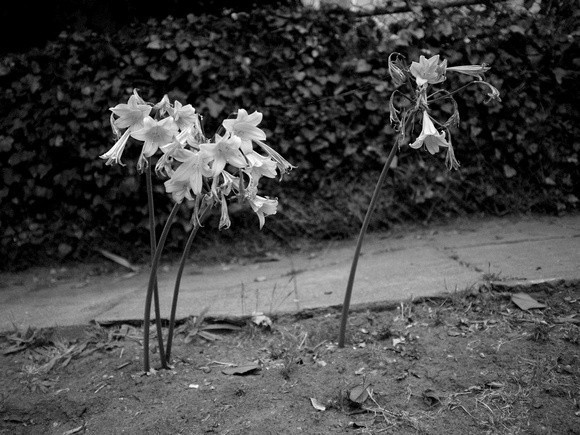 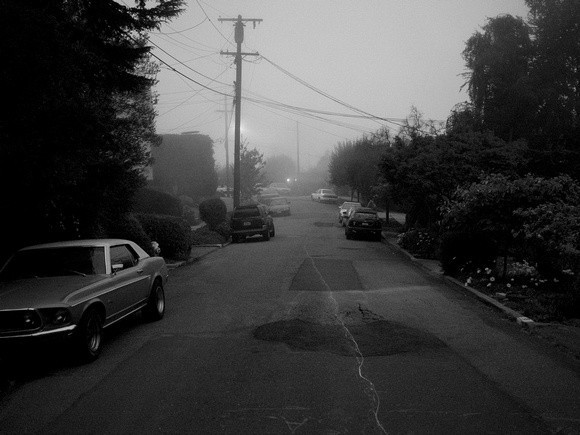 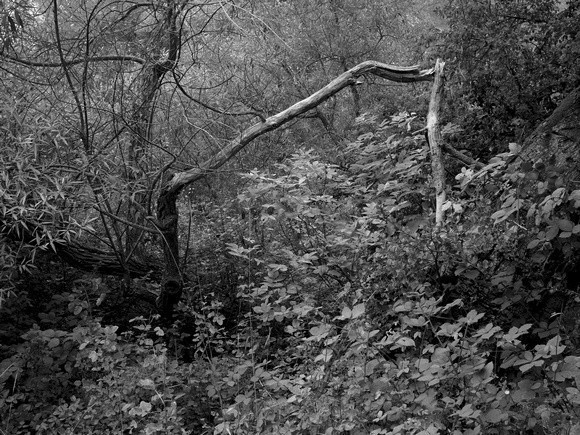 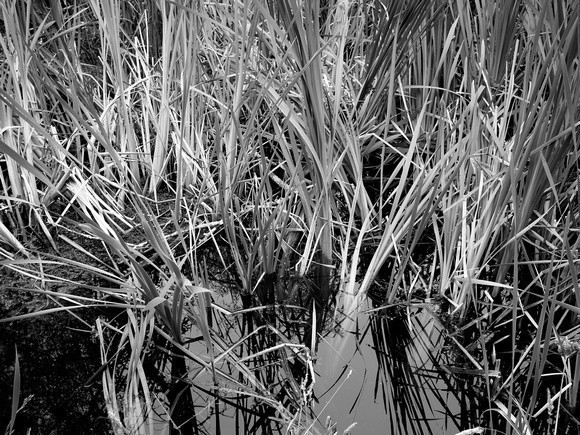 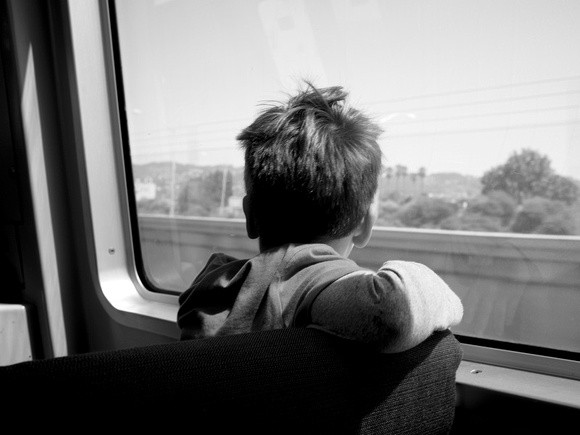 Andrew, unlike Lyle, you didn't make a mistake. I'm sure you'll get images from the camera the meet or exceed your expectations.
Congrats and welcome to the misfits club.
Don

Andrew, I am so sorry that I only saw your thread just now as I could have been excited for you for almost two extra hours! Congratulations on falling for Madame X100 and may your love affair blossom into a life long affair!

I will look at mine later and figure out where that firmware info is...unless someone else gets here first.

Congrats Andrew... your camera store experience mirrors mine. Its just not safe to go in, sometimes. But I'm glad I did and I know you will be, too
A

This misfit attributes the experience to destiny But seriously, it was simply fun to buy it. I have not purchased anything locally for a long time, and to walk in and unexpectedly see such a revered camera, have them in stock, and walk out with one was pure fun.

It's wonderful that you have such a nice store right there, Andrew, and I'm sure they were extremely pleased to have you stop in to browse.

Congratulations. Great camera. And a story well told. I'm gonna have to go back and dig up that Lyle Lovett song. Wonder if he was singing about Julia Roberts - I don't think that one ended too well, but this will!

Congrats. If you hold down the Disp/Back button while switching on it displays firmware number and battery condition.

Yaaay another misfit! lol. Welcome to the club and that's my story as well. I pondered online so much over this camera and then came across a real live one in the display cabinet at our local electrics store. well, you know the rest!!! Your going to love your little guy, we all love ours! Just waiting for your thread to say what accessories you have bought for it, straps, cases, shutterbugs, hehehehehe oh and more photos!!!

I love the story and the way you've explained why she's the girl for you. I haven't played with one (because I like what I've got and I'm frightened to try anything else then become dissatisfied with her and get all GAS etc) but your explanation makes me understand far better why those who have the X100 love it. I can see how enticing it is to have bits that turn and twist rather than buttons to press. I like that too. And that first photo you put up is a wee cracker! Simple but perfect.

I hope you are very happy together!

bilzmale said:
Congrats. If you hold down the Disp/Back button while switching on it displays firmware number and battery condition.
Click to expand...

Congratulations Andrew, I had a very similar experience... Came across one by chance at my local photography store - one play and I was sold!

It's been solid love ever since, what surprises me is how long it's taken to return to these kind if economics - the X10 looks to continue the feel.

What's funny about this thread is that when I first saw the title, I thought to myself of all those jokes "So a guy walks into a bar...."

Maybe we need some that start off "So a guy walks into a camera store....."

Djarum said:
What's funny about this thread is that when I first saw the title, I thought to myself of all those jokes "So a guy walks into a bar...."

Maybe we need some that start off "So a guy walks into a camera store....."

Except that with the camera store version of the joke, it always seems to come out the same way! The same punch line is good only so many times!

Sorry guys, can't think of any jokes relating to my headline But, the X100 was the right decision! My son started kindergarten yesterday and I captured so many great images with the X100. A great documentary camera.

The X100, the new X10, new Ricoh GXR firmware and the new Mount unit... these are indeed interesting times

Not trying to start or confirm any rumors, but I'm just curious if you think Fuji might release other "X100s" in additional focal lengths, or is it not really an extensible concept?

I'm so glad you're enjoying your X100 with your family, Andrew!

As for those interchangeable Fuji X100 versions...I do know there are many who are hopeful. That's all I can confirm.
A

I see, sorry for my misunderstanding, Will. I'm still not 100% clear on this new OVF but I am sure we'll find out soon.

Fuji 'Fuji X100S Review - A Camera Walks Into a Bar' at ZackArias.com

Leica walk into the light