Some personal reflections on the two camera solution (long, you’ve been warned!)

For over four decades, I have written for a living, occasionally taking photographs to illustrate my work, using Pentax film cameras and a collection of lenses. Later I purchased an Olympus “ZLR” – zoom lens reflex – which featured a fixed zoom lens attached to a reflex body and got around the need to change lenses.

The work flow with film was always cumbersome. Since I chose not to have a dark room, it meant waiting to someone else to process and print the film, discovering what went wrong (there was always a problem with at least one of the photos I needed), reshooting and repeating the processing until I finally I had all the prints I needed to submit for publication.

Fifteen years ago, I purchased my first digital camera, an Olympus D-550 featuring a mighty 3-megapixel sensor, and it revolutionized my photography. Workflow was much improved. I could see images immediately on the camera screen (or pop them to a computer screen), correct any problems and get what I needed faster, easier, and less expensively. Well over 100 pictures taken with that point-and-shoot were published in magazines and not once did I get a complaint about the technical quality of the pix. Further, I found it easier to compose shots and spot problems using the postage-stamp screen on the back of the camera than when I was looking through the pentaprism of an SLR.

Further, digital re-energized my passion for photography since there was no monetary penalty to for taking lousy photos. I shot more and more and began taking pictures of the sky. For more about that, see http://www.airgunsofarizona.com/blog/?wpdmdl=3153

After 10 years of using the D-550, I began looking for a better camera and eventually purchased a Canon G12, which I used professionally and began carrying everywhere so that I could capture a great skyscape anytime one appeared. I would hang the G12 around my neck and tuck under an overshirt, where it was fairly unobtrusive. The G12 was better in all ways than the D-550, but, like the D-550, if you wanted to precisely frame a shot with the G12, you were forced to use the rear screen, since the optical viewfinder didn’t capture the entire field of view. In addition, the manual focus function on the G12 was very clumsy and awkward to use.

My first superzoom – the beginning of the two camera solution

In April 2012, I purchased my first superzoom, a Panasonic FZ150, and it was a revelation. With 24-600mm (e) focal-length range, it put wildlife in reach that were previously impossible to capture. At full optical and digital zoom, I was able to capture images of wildlife that I was unable to see with my naked eye. I remember when I got my first picture of a bald eagle, I said to my wife, “This is what I want to do when I grow up.”

This marked the beginning of the two camera solution. I began platooning the cameras, carrying the G12 when I was out and about running errands and bringing the FZ150 with me when we were walking where there was a possibility of encountering wildlife.

When the FZ200 came out, I couldn’t resist and purchased one in September 2013. It delivered all the goodies of the FZ150, plus f/2.8 throughout the entire focal range as well as a number of small refinements. I think it is quite possibly the most versatile camera currently available anywhere. Where else can you get a camera that – thanks to image stabilization – you can shoot handheld at 1200mm (e – at full optical and digital zoom) and yet can “back up” to 24mm?

The FZ200 has a couple of tricks up its sleeve that I think are worth mentioning. There is a small wheel just above the thumb rest on the right-hand side. Push the wheel in, and you can instantly adjust the exposure compensation by rotating the wheel. The results will be seen immediately in the electronic viewfinder.

Since the actual focal length of the lens at full zoom is 108mm (600mm e), at f/2.8, it’s pretty easy to throw the background out of focus when desired. This solved one of the problems with the G12: with its small sensor, virtually everything was in focus, regardless of f/stop.

When shooting wildlife, it’s not uncommon to have branches, brush, or whathaveyou in the foreground, and you don’t want the autofocus to focus on it instead of the wildlife. Fortunately the FZ200 has a solution. There is a button on the left side of the lens barrel. In autofocus mode, press it, and you can select the size of the focus spot by rotating the wheel above the thumb rest. With the smallest focus spot, I can often aim between branches to get the wildlife behind in focus.

Manual focus is still a bit of a trial on the FZ200. There is a slide switch on the left side of the lens barrel that can be used to select autofocus, macro autofocus or manual focus. Manual focus is accomplished using a slider, but requires a safecracker’s touch, since it is waaaay too easy to overshoot the focus. There is, fortunately, a solution: get the subject roughly in focus and then press that the button on the left side of the lens barrel, and the camera instantly snaps into focus on the subject. Still, if this were a trip to Santa’s lap, I would prefer a rotating ring on the lens barrel for manual focus. 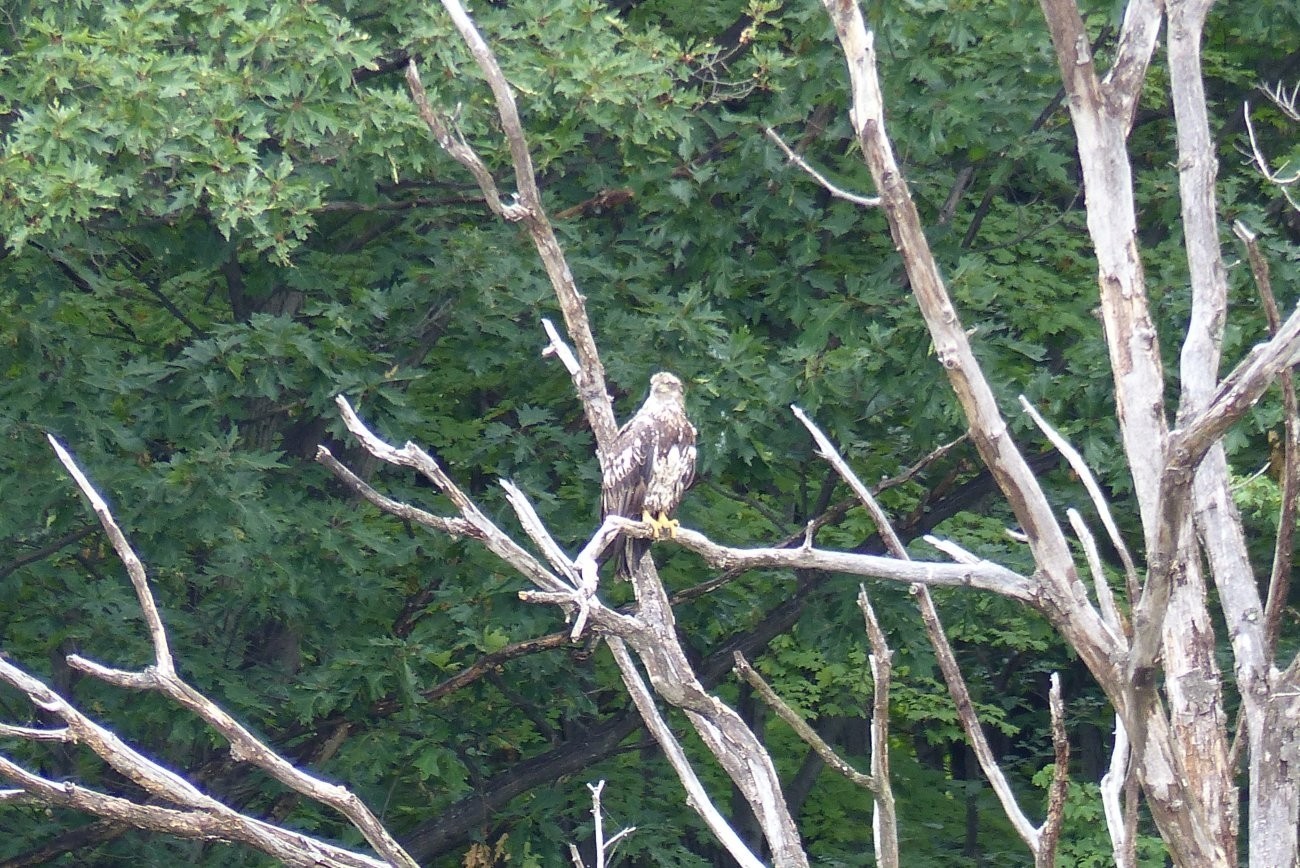 In all, the FZ200 has become my go-to camera, particularly when there is a possibility of seeing wildlife. Right now, I have a photo essay under consideration at The Conservationist magazine, and if they decide to publish it, it will demonstrate that you don’t have to tote a DSLR to capture publishable nature images.

Of my two photographic passions – wildlife and daytime skyscapes – the sky is the most challenging, I think. The epic grandeur of the sky is difficult to capture, and last fall I thought at a “better” camera might help, so I bought the Panasonic LX100. It offers a 4/3 sensor, greater low light sensitivity, better dynamic range, a faster lens (f/1.7), and, thanks to its unusual use of the sensor, a wider field of view – 21 or 22mm, depending upon which source you believe – in 16:9 aspect ratio. All of these have proved useful in photographing the sky at the margins of the day, and I am pleased with the results.

The LX100 is unusual in a couple of ways. All of the important controls – aperture, shutter speed, aspect ratio and exposure compensation – can be seen and changed with the camera off. The manual focus is the best I have seen; in manual focus mode, you turn a ring on the lens barrel until blue “sparkles” appear on the thing that you want in focus. It’s slick, fast, intuitive.

The one thing I don’t like about the LX100 is that the diopter adjustment for the EVF is on the right side of viewfinder, making it difficult to get my finger between my face and the camera to make the adjustment while my eye is actually at the viewfinder. Fortunately, this is a control that I need to access only infrequently.

Right now, I tend to platoon the two cameras. If I think I am likely to see epic skies, I take the LX100; otherwise the FZ200 goes with me. I purchased a shoulder bag that holds both cameras, but I haven’t made a habit of carrying both at the same time. 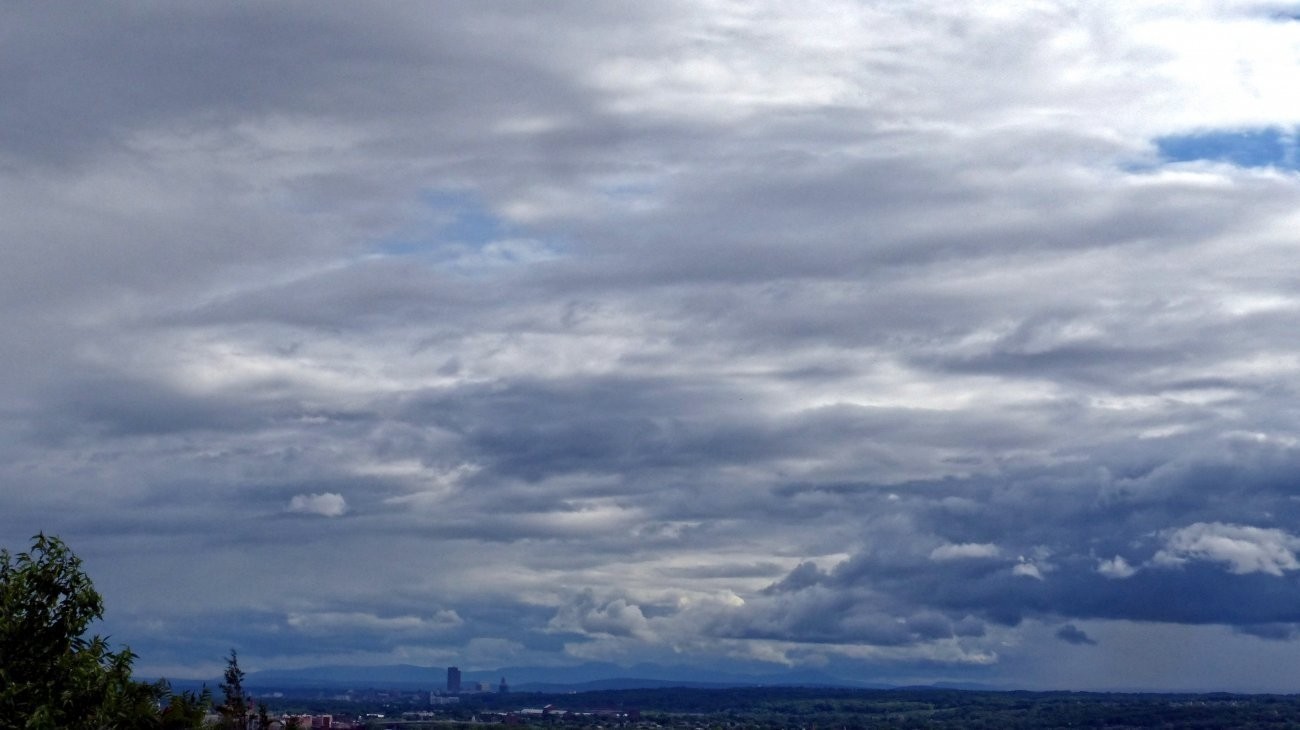 Even though the focal ranges of the two cameras overlap, I feel they are an excellent two-camera solution for the kind of photography that I do.

Nice write-up. I pretty much always have two cameras with me when I go out with the express purpose of shooting pictures.

I notice there is now an FZ330 announced.

bilzmale said:
I notice there is now an FZ330 announced.
Click to expand...

... which is actually going to be weather-sealed, lots of improvements (including the EVF) and should also offer better handling, though that remains to be seen. Lens and sensor seem to be unchanged.

Great story! Just as the cameras overlap some, your experiences overlap mine and probably a lot of people, to a good degree.