Leica Some portraits from Huis Doorn

Every year the Huis Doorn Museum organizes a World War 1 living history event in May.
For those who are unaware of the history of the Manor house and surrounding estate; Emperor Wilhelm II of Germany fled to the Netherlands at the end of the Great War and was granted asylum because of his blood ties with Queen Wilhelmina. He lived out the rest of his life (until 1941) on the estate in the town of Doorn.

This year I was there with our 'small' West Front 1914-1918 living history group displaying a French field kitchen, a part of a trench and an American encampent. Other groups portrayed Gordon highlanders, British nurses and German 'old army' and luftwaffe troops and some folks portraying Dutch anti-war movements and Suffragettes.

Unfortunately for all of us we had uncharacteristic weather for May with temperatures over 30 degrees Celsius. And wool uniforms breathe soooo very well.

I only shot one roll of film with a Kodak No.2 Folding Pocket Brownie from circa 1911, but my main shooter for the event was my Leica M-E with the 5cm f/1.5 Xenon. Continuing my experiments with wide-open portraiture. 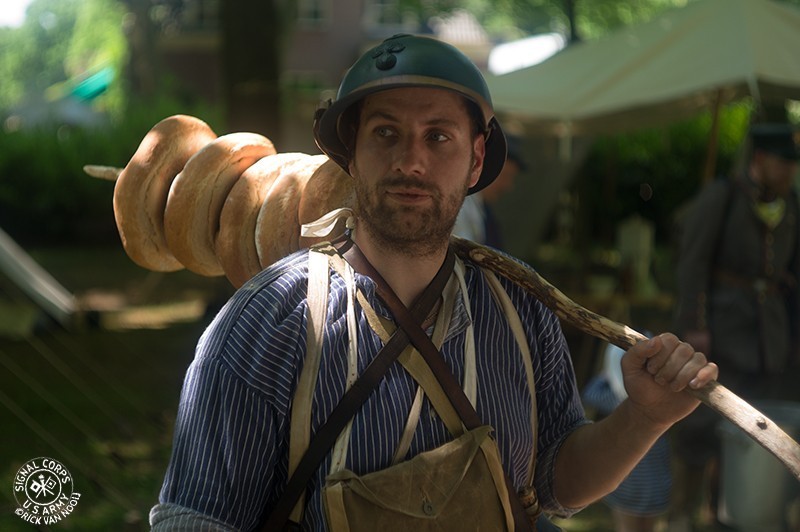 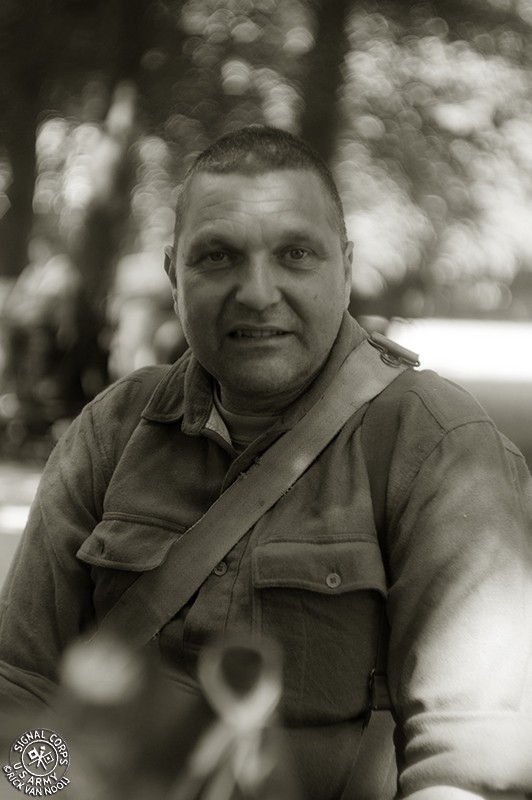 12. Should've put the tent in the shade 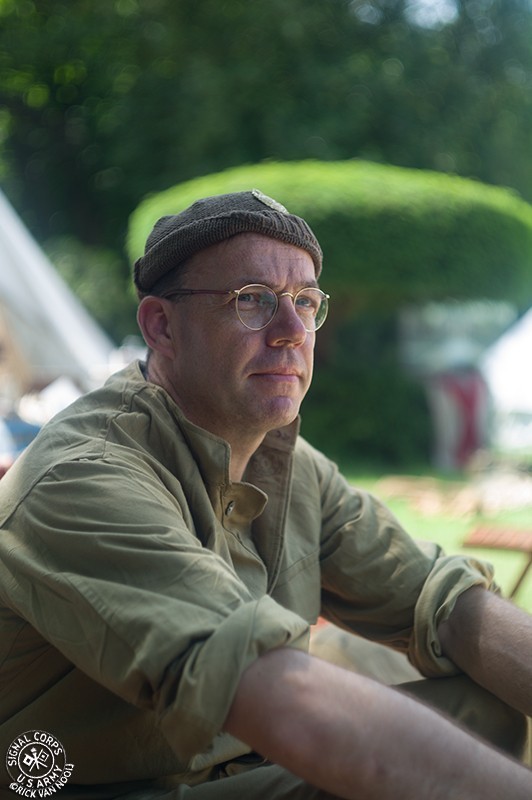 Apart from the heat and the short nights, it was a good weekend. Came home with a "red bellows" No.3 Folding Pocket Kodak (model G presumably before 1912) from a flea market across the road from the estate. And a Remington Very Flare pistol Mk III (1915-1918).
C

Another great series, Rick! So sounds like you're 'embedded' with the units over the weekend? You can claim 'war correspondent' on you rezzie.

I was wearing my United States Air Service officers uniform for as long as the heat was bearable.

My friend Theo Scholten was there too with his digital leicas and various Leitz and Voigtlander lenses. He inspired me a bit.
Theo's Flickr album of the event
I'm in there too pixel-peeping on my M-E and getting a drink from a water can.
First half of the first page is a bit boring with cultural awards and the official opening of the event by government officials