Some stuff I learned about photographing clouds yesterday

It started when I ran into this YouTube video:


Right off the bat, he says you should start with a long lens, at least 100mm (e). His point was that you want to fill the frame. That's interesting, I thought, and put it away for future reference. In the past, I had always thought that you want to use a wide angle because the sky is so big, cloudscapes are often huge, and you want to capture as much as possible. But I have to admit that many times I have been disappointed with the results: the photos weren't as "epic" as what I was seeing with my eye.

Later in the day, my better half suggested we take a walk at Oakwood Cemetery. On the drive there, we could see lots of cloud activity, so my wife suggested we stop at the Overlook first. The cloudscapes were huge, and she suggested shooting some panoramas. I shot some using the HX400v's built-in panorama function. 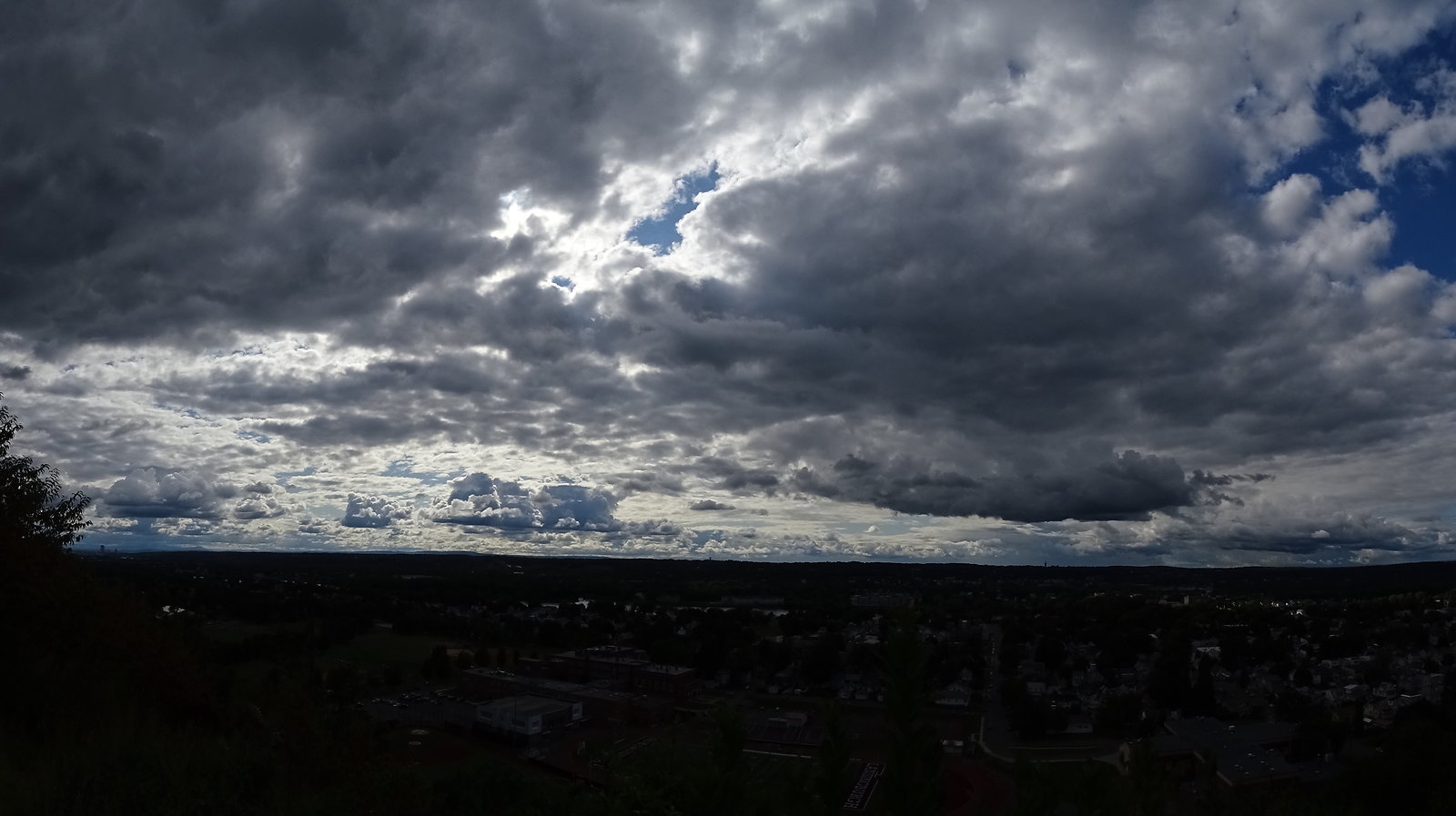 Ignoring the dark stuff at the bottom, I think it lacks oomph.

Then I remembered the YouTube video and began zooming in on the clouds: 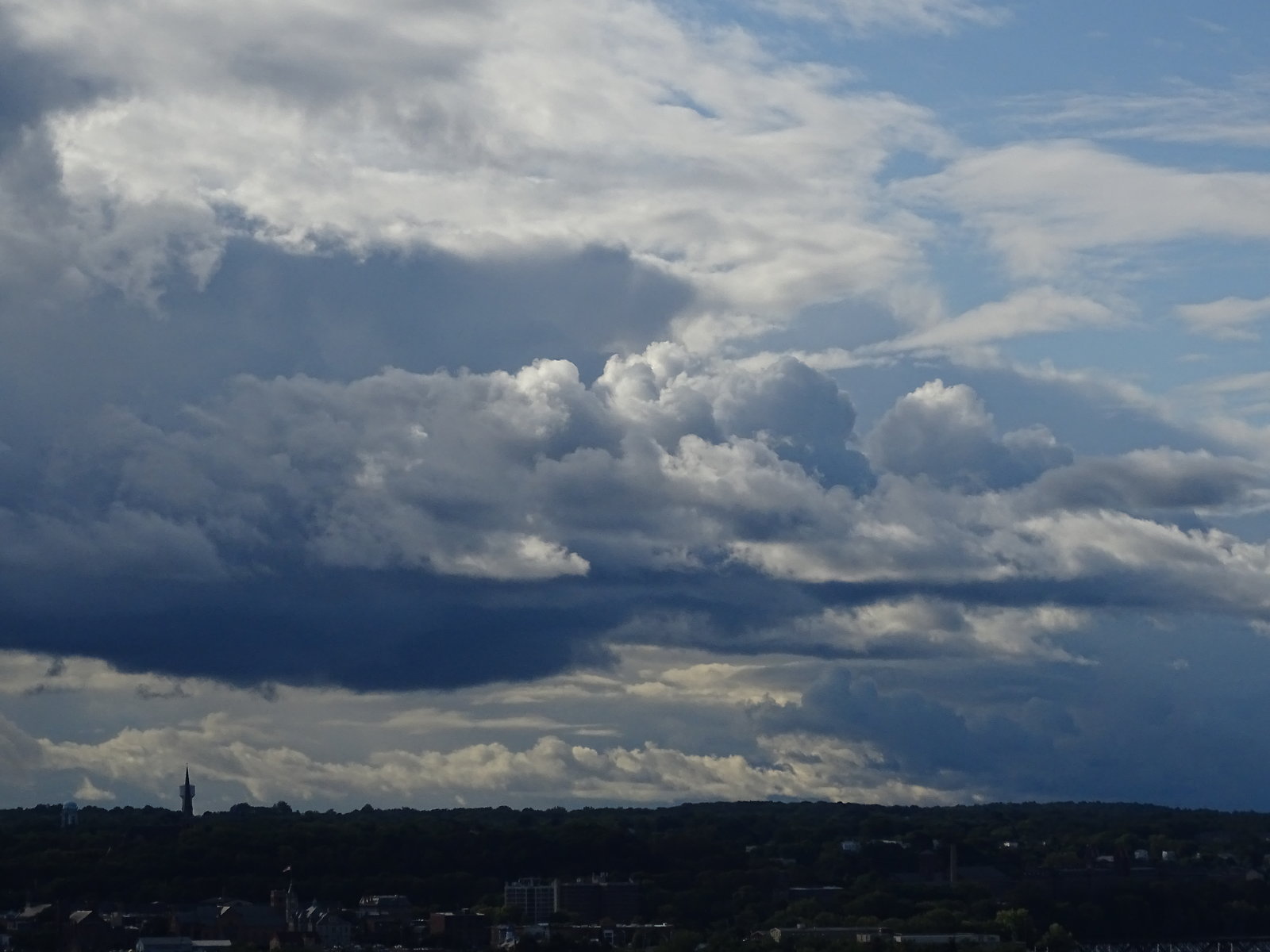 Then it occurred to me that it might be possible to combine the two ideas and create a panorama from a sequence of zoomed-in cloud pictures.

There's a focal-length scale on the lens barrel of the HX400V. I set it to 135mm and shot this sequence: 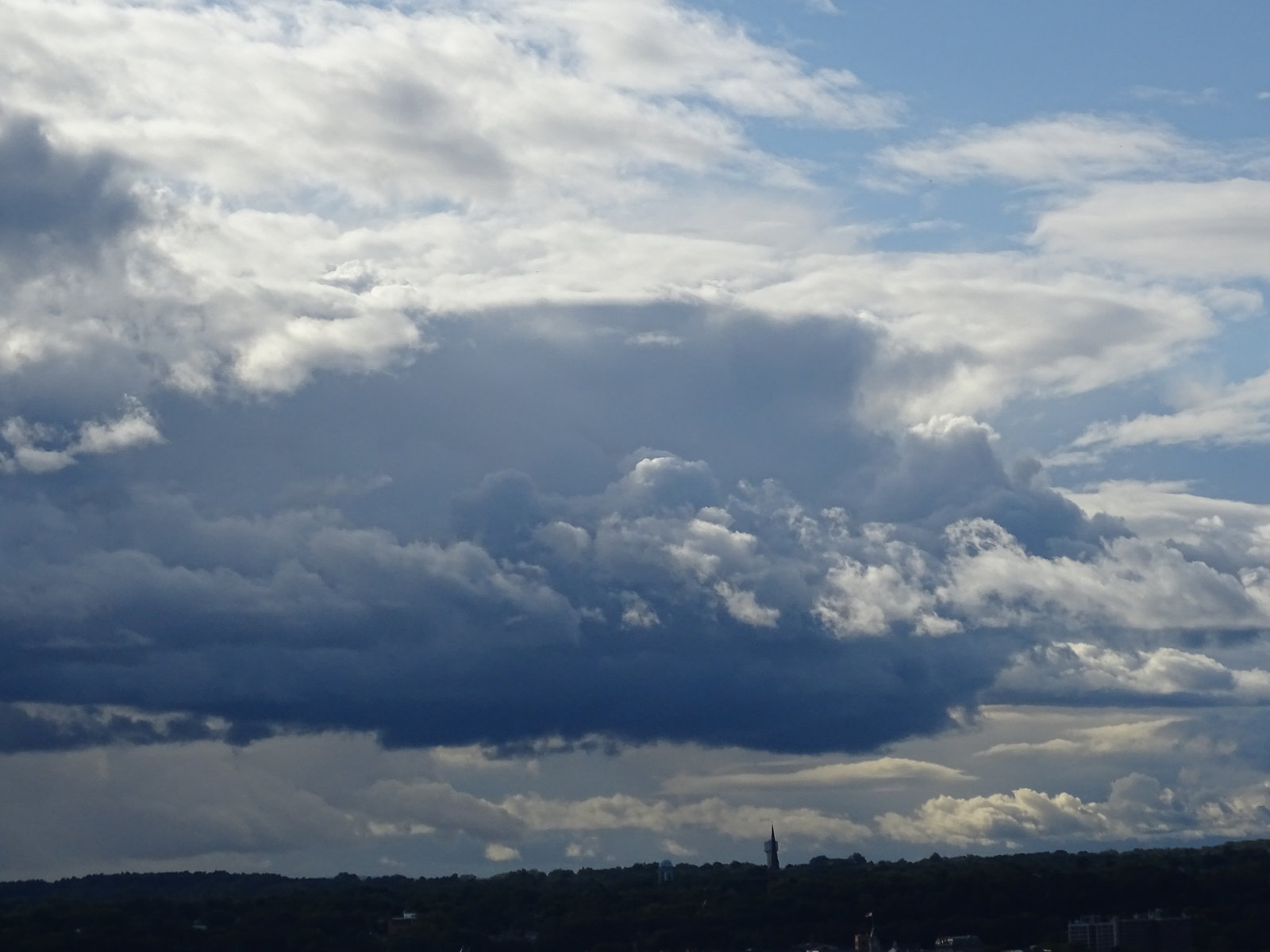 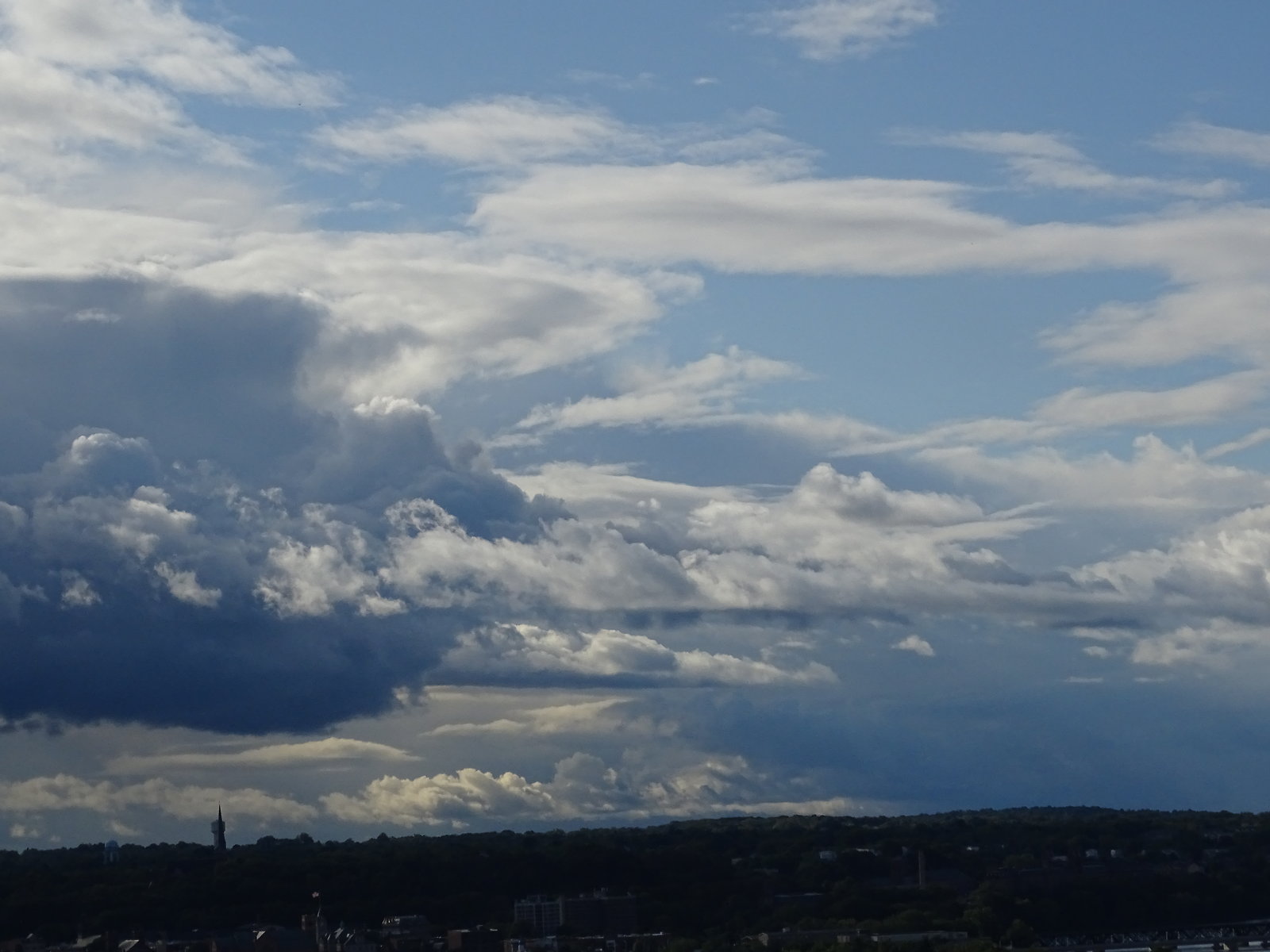 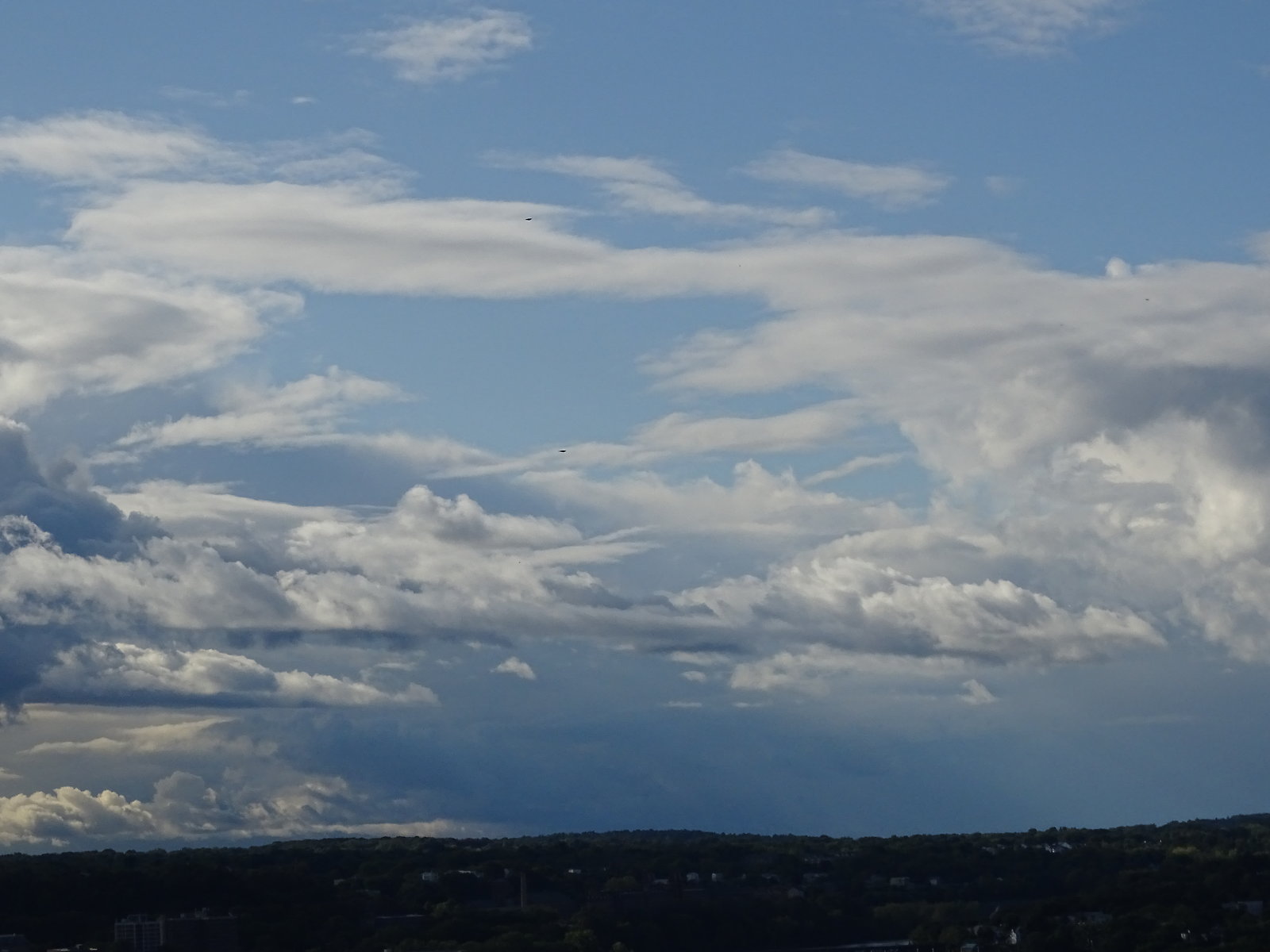 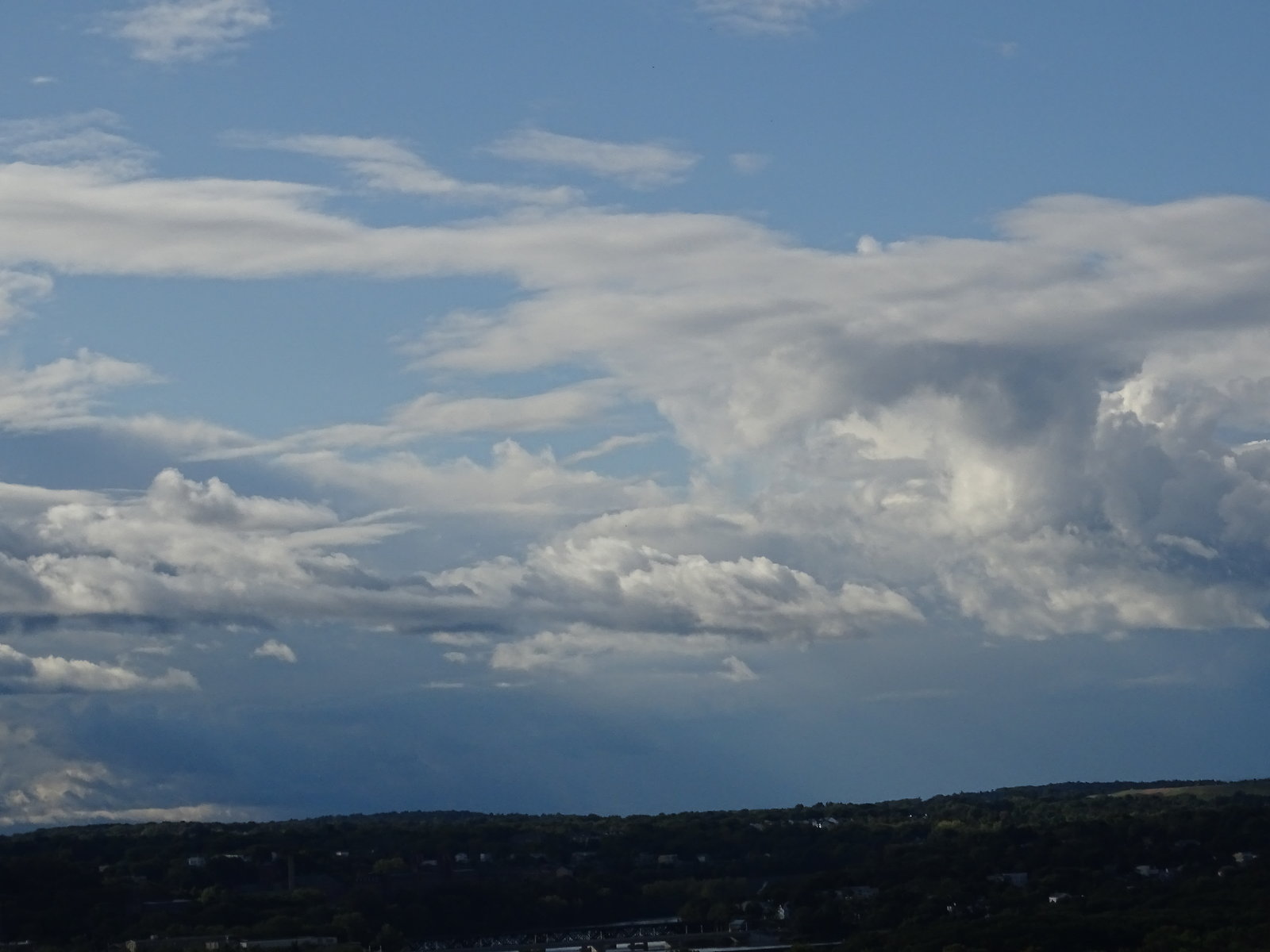 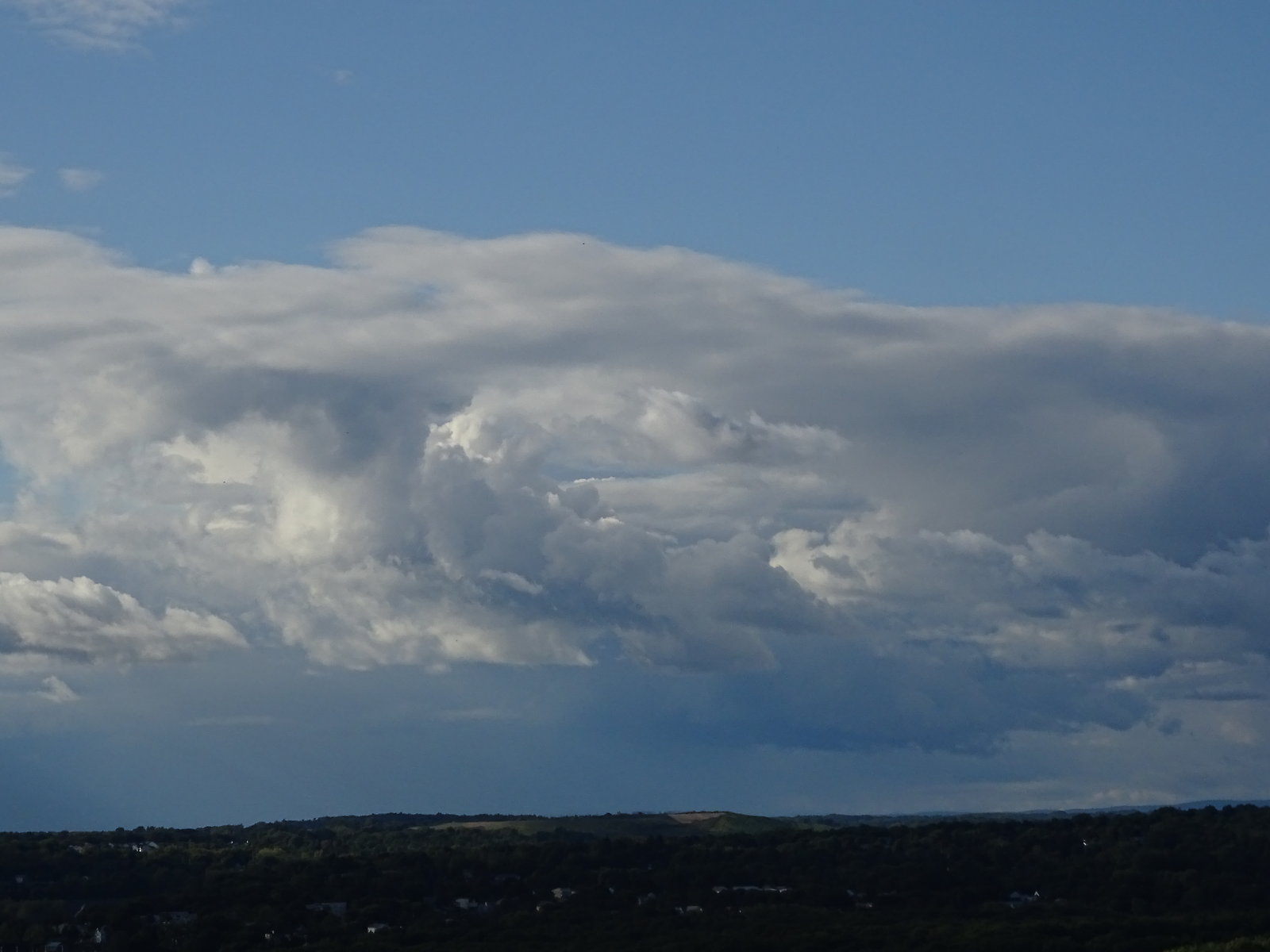 Here's the resulting panorama, stitched together with ICE:

And here it is romanced with Luminar:

Finally, I learned a cool trick from a panorama expert. How do you know where your panorama sequence starts and ends? Shoot a frame with your hand over the lens before you start the sequence and do it again when you end the sequence.

Here's a section of the clouds shot at over 200mm e: 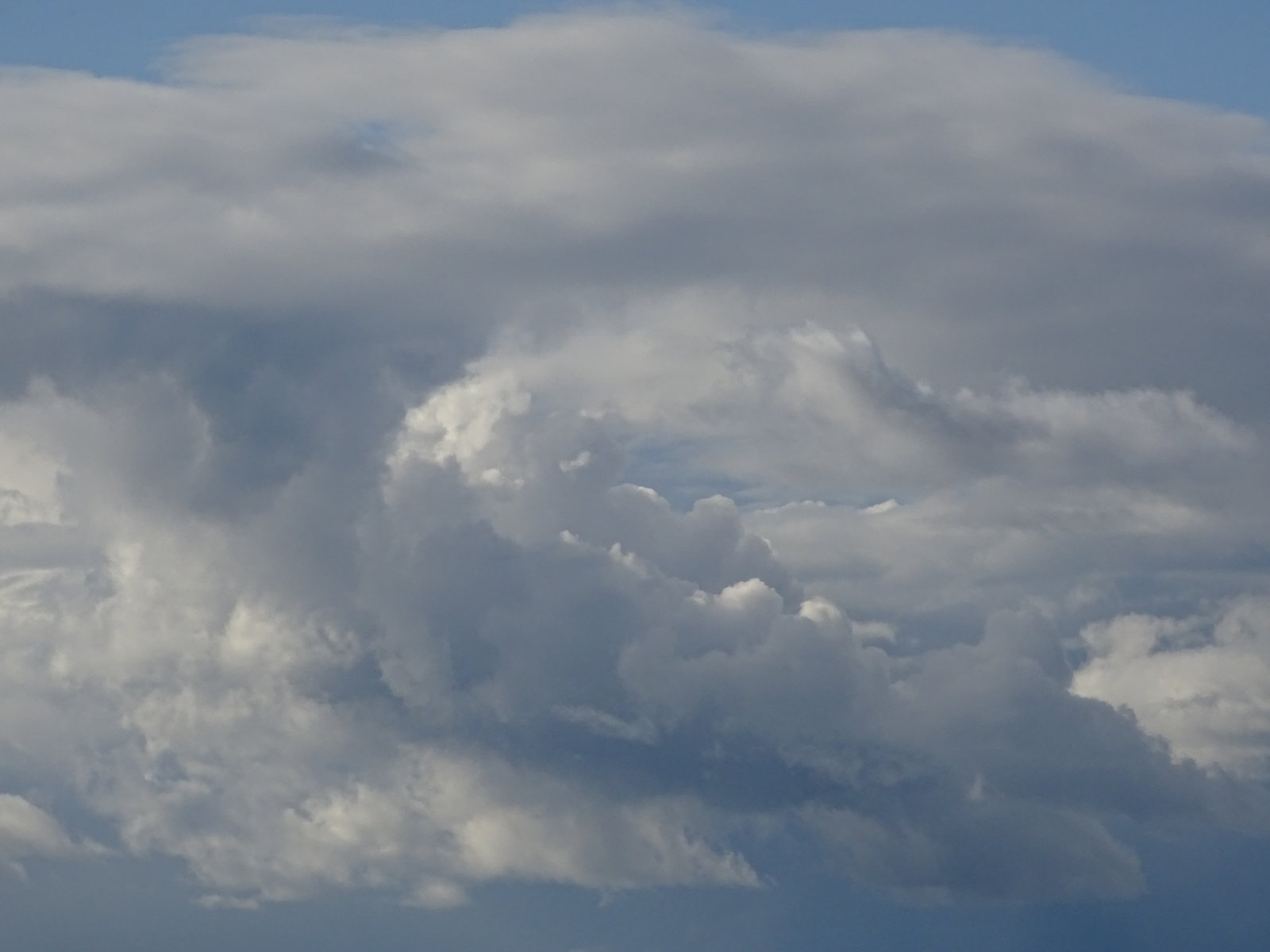 And here it is enhanced by Luminar: 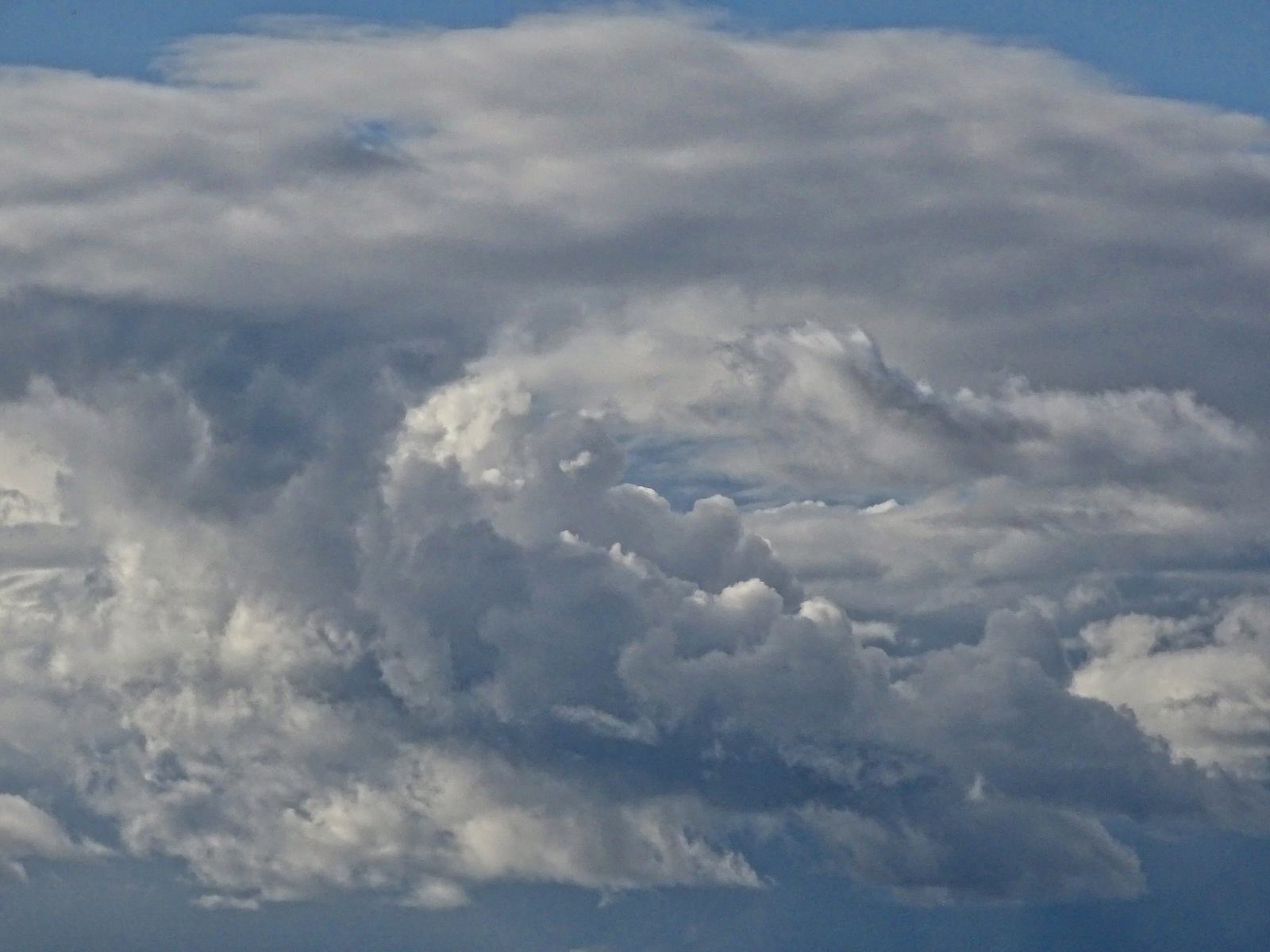 I like the idea of the tower on the horizon because it provides a sense of scale, particularly the second shot with the tower on the left. Your shots seem a little underexposed though, anywhere from a quarter to full stop, as if you are trying hard to avoid clipping any and all highlights. I will sometimes let some of the highlights clip in order to raise the overall exposure level and/or raise the midtones to brighten up the overall image.
Share:
Facebook Twitter Reddit Pinterest Tumblr WhatsApp Email Share Link