Three or four weeks ago, before I briefly satisfied addressed my GAS problems by getting the K-5, I played with the A580 at the local camera shop. I was very impressed with the camera. Button configurations and ergonomics definitely better than the A55. Live view AF as fast as the A55, and thus faster than either the D7000 or the K-5. OVF is considerably smaller than the D7000 and K-5 though, and much smaller than the excellent EVF in the A55. What impressed me the most was the image quality. I took a few photos with the Sony DT16-105, and they were nice. The IQ is definitely better than the A55, which apparently suffers a little bit when compared to the A580, D7000, and K-5, because of the translucent mirror that diverts some light away from the sensor.

In any event, here's a JPG at ISO1600 from the A580, downsized and WB adjusted in LR3.3. Extremely detailed and no serious noise. 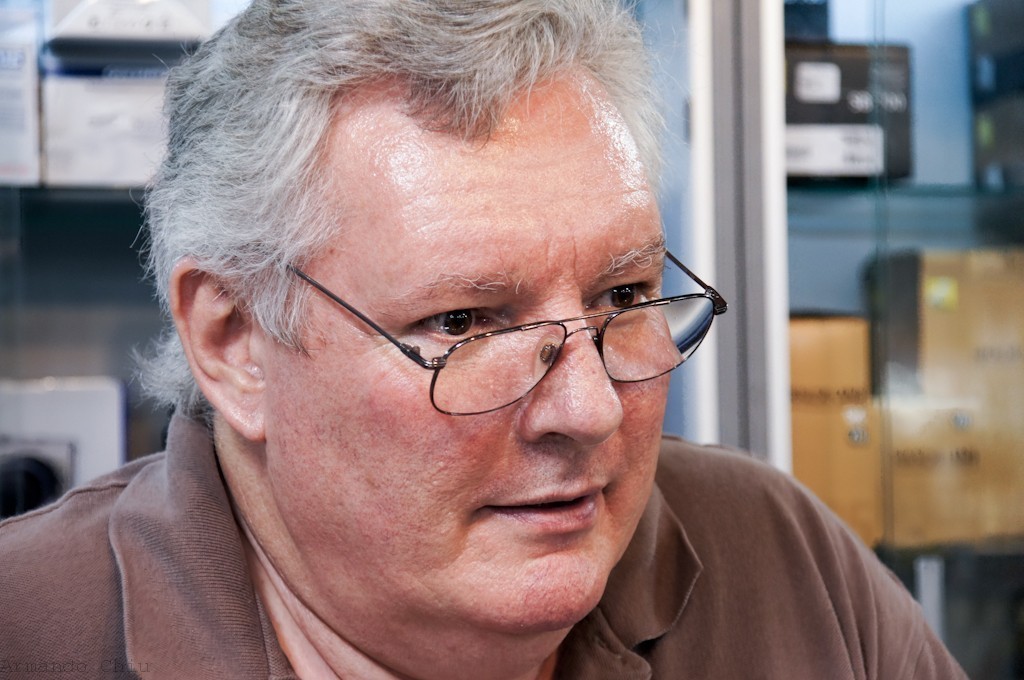 Not bad for a $799 camera. Priced at $400 cheaper than the D7000 and $600 cheaper than the K-5. Too bad Sony marketing totally forgot about this camera. With the release of the Nikon D5100 at the same price point, Ashton will be selling lots of those. Sony doesn't have Ashton.

Guess that the A580 offers real value for money, it's a semi prof camera acc to me.
Why did you purchase a K5 instead of the A580?

I was/am enamored with a "semi-pro" body with weather sealing, better button configurations, dual control wheel, super quiet shutter, and the numerous pancake lenses available. Tomorrow is my last day to return the K-5, and I may yet return it. K-5 has awesome IQ. But, it is probably heavier and bigger than I care for. Still struggling with the thought ... This sounds very superficial (and probably is), but even though I like pancake lenses, they look odd mounted on the K-5's chunky body! Pancakes mounted on m4/3 cameras look pretty, but they just look weird on the K-5!

The new A35 will be out soon and the inevitable replacement for the A55 will follow, I guess. Then the fabled 24Mp APS-C A77.

Fabled indeed on the A77! Hoping that Sony will be able to address the decrease in IQ from diverting some of the light to the EVF. The A77 is supposed to be a SLT right?

All future cameras are to be EVF only from what I have read. I think Sony took note of what people were willing to pay for the GH1/GH2.

If an EVF is used, can they still make a conventional DSLR with normal phase detect w/ the flipping mirror thing (as opposed to the translucent non-flipping mirror)?

Don't think so Armando, unless they'd need to adress the issue of getting the actual image to the EVF. In a conventional dslr the mirror blocks the sensor and sends the image to the OVF. an EVF needs live view and the sensor to be unobstructed to provide the EVF image. So i guess the only options, would be a) no mirror, mirrorless design b) another sensor to provide the EVF image? or c) the translucent option

I'm really interested in the A7 or A77, one thing which puts me off with Sony is that the lens range and quality isn't really up there, apart from one or two, very very expensive Zeiss branded lenses. I heard on Sonyalpha rumors that a new 16-50 2.8 zeiss is meant to be coming out too, and if the price is around Canon 60d level for the body I'd definatley give it a thought.

Wonder how light/small the body will be? the A55 is pretty small and light for what it is.

I actually wish my A33 was a little bigger. It's smaller than my G1.
D

Armanius your so right about the Sony A580 being under the radar, I had not even considered it when I got my Nikon D5100 over the weekend, I was down to the Canon 600D and the Nikon.

Sony's marketing has been all SLT and NEX.

So many great cameras, and not enough funding to back me.

K graduated! So you should be cutting the strings right?

Not yet, my friend!

Sony What Sony native lens has the best MICRO CONTRAST?

Important corollary to "The best camera is the one you have with you."