I'm hoping that we can create one thread with our evaluations on what adapted lenses work and do not work with the A7 and A7r. Hopefully, it will facilitate access to such information, and folks won't have to go to multiple threads.

Perhaps the folks with experience can just write up a summary of their experiences in this thread. Cutting and pasting info on other threads into this one would be great.

We also have tons of good links scattered in the original "Sony Breaks New Ground ..." thread as well (https://www.photographerslounge.org/showthread.php?t=22880&page=28).

I can assure that the following lenses work without any problem on a Sony A7:

I have the A7r for a few short days only and had limited time to give it a test ride. As far as file quality is concerned I hope raw will be supported by aperture asap. All Sony cameras I had so far showed a very significant difference in raw versus jpeg file quality. However, the first impressions with M-mount lenses are:

Excellent:
ZM 50mm Sonnar, I love this lens an it could be reason alone to pick up a A7(r)
Summilux 50 asph, it delivers, what else did you expect. But on which camera does this lens not shine? Though I prefer the character and compactness of the ZM Sonnar.
Summicron 90 asph (it shows that it is one of the magic ones and a breeze to focus on the A7)
C-Elmar 90, within its limits, the oldie shines on the A7, compact, light weight, a nice travel 90
Summarit 75, this is how corner to corner and edge to edge perfection looks like

Not excited yet:
24 Elmarit, a fantastic lens on the Leica. Stopped down to f8 and slower pretty good on the A7r, heavy vignetting and compromised edge sharpness at 2.8 and f4. Not as magic as on the M.
35 Summicron asph, so far disappointing and I think I can already conclude that it is not a good match for the Sony. For those coming from a RX1, not even close to the 24MP sensor & f2.0 Sonnar 35 dream team, there is simply no contest.

To early to tell:
Summilux 35 asph (not FLE). Looking promising so far, much better than the Summicron 35.

Don`t know yet:
Summicron 28. But the 28 slot is taken by the Ricoh GR anyway.

Hey guys apparently this lightroom plugin would fix any problem with WA and UWA lenses on the sony cameras.

The Flat Field Plugin that you can download for free here:

Please note that only works with DNG files.

Error:
Could not apply flat field correction to the following photo: _dsc0xxxx.dng
Click to expand...

I should say im using LR 5.3RC maybe someone with previous version of LR can try this?

- Leica Summilux 50mm Asph at center is excellent at f1.4. Corners are soft, but match sharpness of center at round f4. Tested for 1 meter distance.

- Nikon AF Nikkor 28mm f2.8D is good in the center at f2.8. Good on the edge at f4. No noticeable vignette or color shift. Tested for 1-2 meter distance. Have not tested infinity.

The Color Skopar is tiny by itself. Most of the older Nikon lenses (whether manual or AF) are small as well (like the aforementioned 28/2.8 and 50/1.4). Unfortunately, the Nikon to NEX adapter adds a good 1 inch to the length.

Thanks for all the reports. Ad has been posting his test on talkemount:

Wide-angle test festival on the A7
http://www.talkemount.com/showthread.php?t=5457

More (Minolta) lens tests on the A7
http://www.talkemount.com/showthread.php?t=5462

His notes (review) on the A7
http://www.talkemount.com/showthread.php?t=5465

Leica Summicron 90mm pre-ASPH with built in hood - Sharp in the center at f2. Ok on the far edge at f2. Good on the edge at f2.8. Sharp on the edge at f5.6. The images seem to lack contrast though. Might be the cheapo UV filter I have on it.

Edit: Yes, it was the cheapo Tiffen UV filter. Much better contrast once I removed it.

- BUT in the edge, at f2.8 there's a weird focus shift where the shimmering actually shimmers the strongest when the image develops astigmatism. So it's necessary to adjust the focus to get rid of the astigmatism, which then results in a softer edge. WEIRD stuff.

- Tested at approximately 0.7-0.8 meters from subject.

- Vignetting at all apertures, but no noticeable color shift

- Sharp at the center at f4

I must report using the noctilux on the a7r. I confess that I have a lot of corner sharpness issues, center sharpness is razor thin and sometimes randomnized, specially using the hawk adapter on closups...

Sorry for the joke... Although it has effectively been taken using the hawk adapter and noctilux. So far the trio works very well together. The hawk adapter is much better than the kipon double helix model that was not very stable, lack of firmness due to the double helicoil construction, the weight of the lens would be stronger than the spring that keep the double helicoil from wiggling, or at least tilting down and misaligning the lens. The lens release button on the adapter gets in the way depending on how you grip the camera, it maybe could filed down to something smaller and get less in the way.

This picture was taken closer than what a leica camera would have allowed, the distance of the noctilux focusing is 1 meter, here I closed the hawk a third of a turn or so and focused closer. DOF is almost inexistant, can't remember if I needed to close down from 0.95 to 1.4 on this particular instance. There is a slight post production crop, b&w conversion in light room, slight white balance adjustments to fine tune the grey and blacks and other small adjustments. 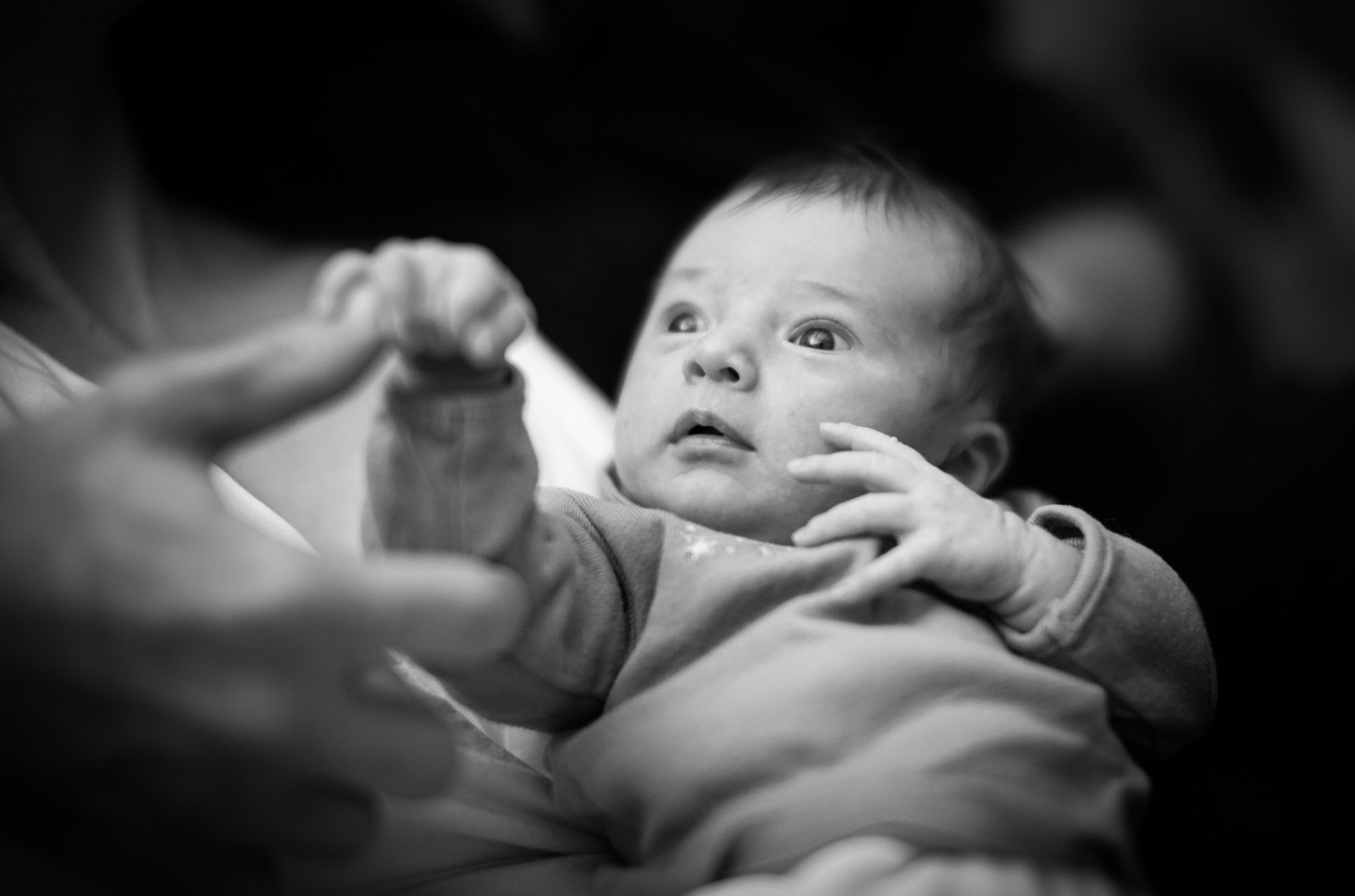 - big ol' honking chunk of metal
- not a good balance with the Sony, particularly with the small grip on the A7(r)

- will be using it under better lighting conditions and update

Having some difficulties reading the SLRClub review!

Highly recommended lenses for the A7!

Only small negative about the Nokton is the 0.9 meter minimum focus distance. The Nikkor 50/1.4D can focus at 0.4 meter.

Both the Heliar and Nokton are extremely compact and are good matches with the A7's small size. And the Leica M to E mount is super thin.

still experimenting on the A7, so far on FF lenses:

17mm: MD17 (Takumar I believe) - ok when stopped down, not very flare resistant

Ron Scheffler's testing at infinity distance with the A7 and various rangefinder lenses.