With the change in weather from winter to summer almost overnight farmers hereabouts are racing to catch up with spring ploughing. Devon has had its 4th wettest March on record and was the wettest county in the UK. They are 3 or 4 weeks late with spring cultivation and ploughing, harrowing, fertilising and sowing are being carried out with great haste. I fell to thinking about what other photographs of ploughing that I have to show a contrast in the various technologies. 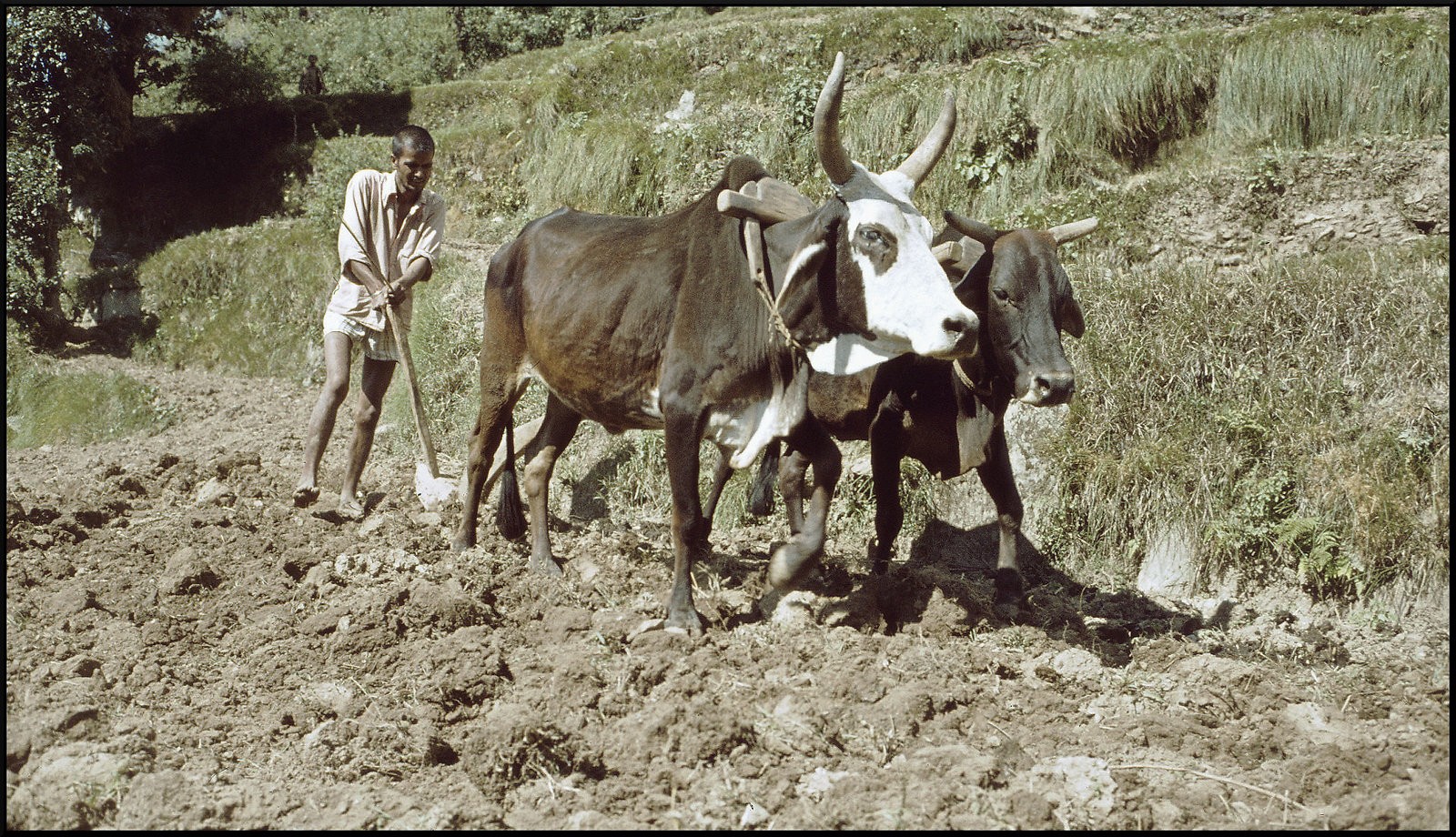 This is the simplest I could find and shows a very old fashioned method, here being practised in the foothills of the Himalayas in 1979, a Leica M3 image using Agfachrome 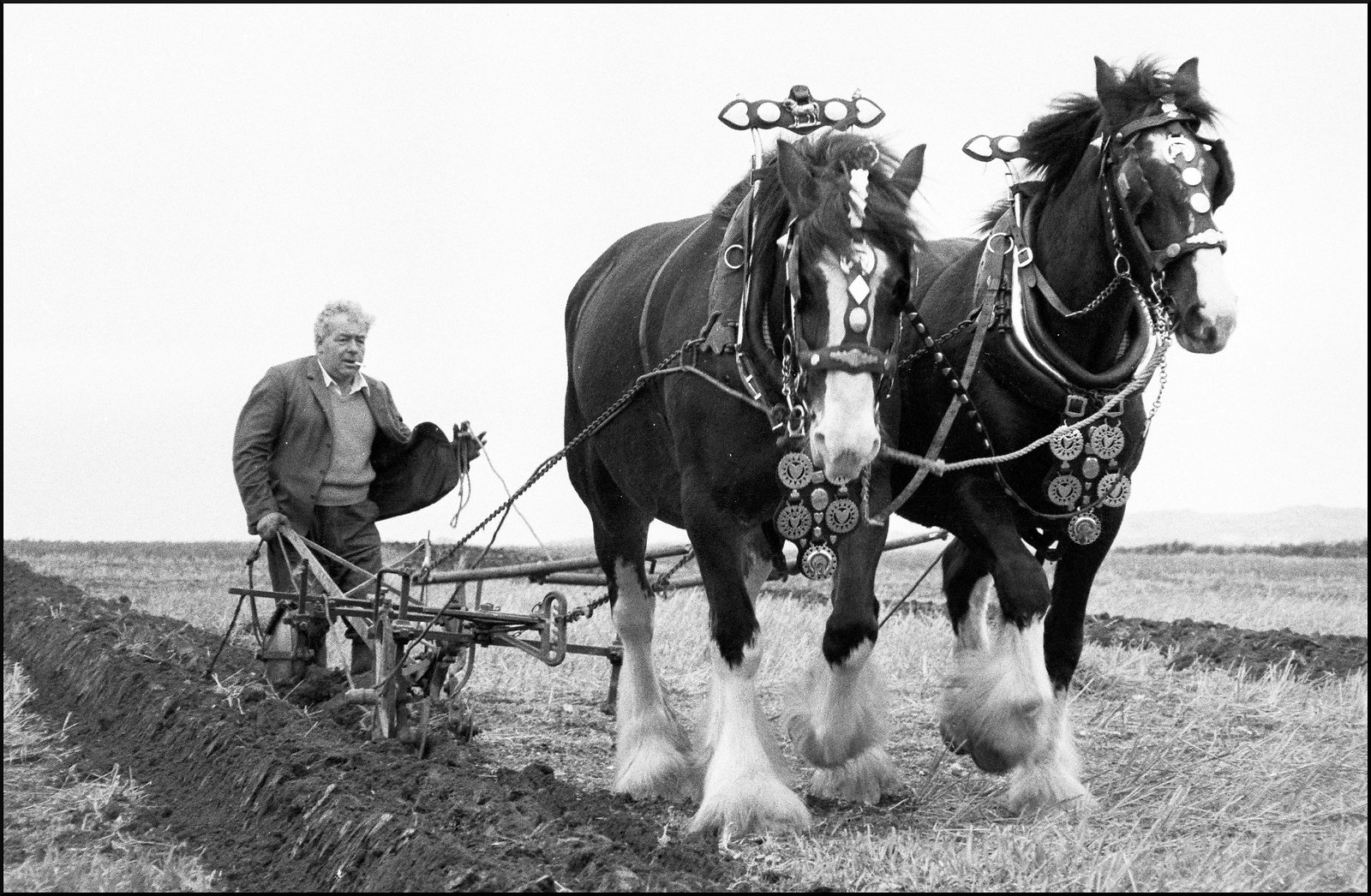 Rather more modern in concept, this image dates from 1972 and was taken at the West of England ploughing championships in the early 1970's, another Leica M3 image on Tri-X 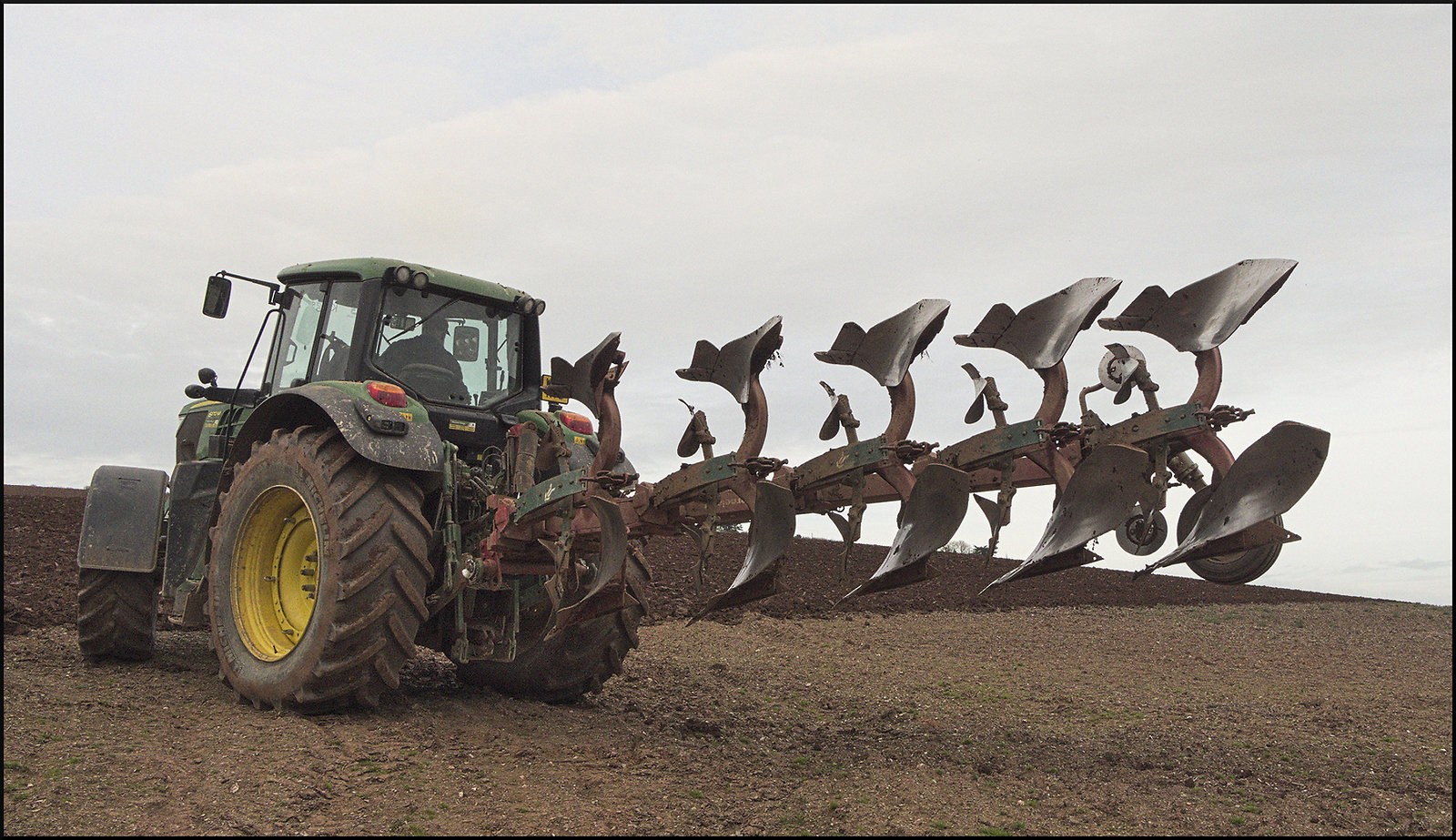 Taken on April 16th 2018 a short walk from where I live, a 5 furrow reversible plough on a 170hp John Deere turning at the end of a row. This series were taken on a Panasonic GX8 with a 14-45mm lens. 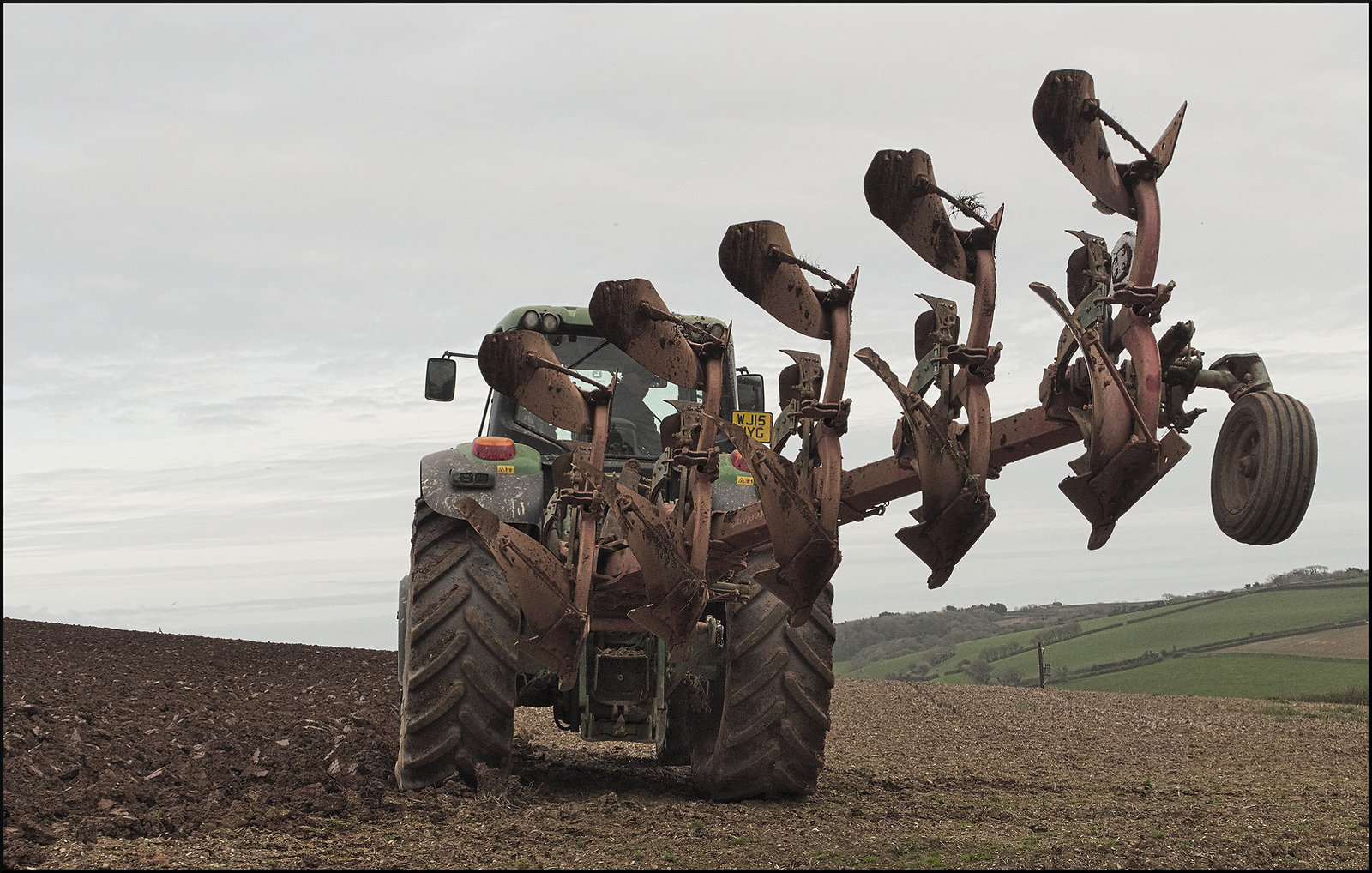 The plough ready to be lowered for another pass across the field. 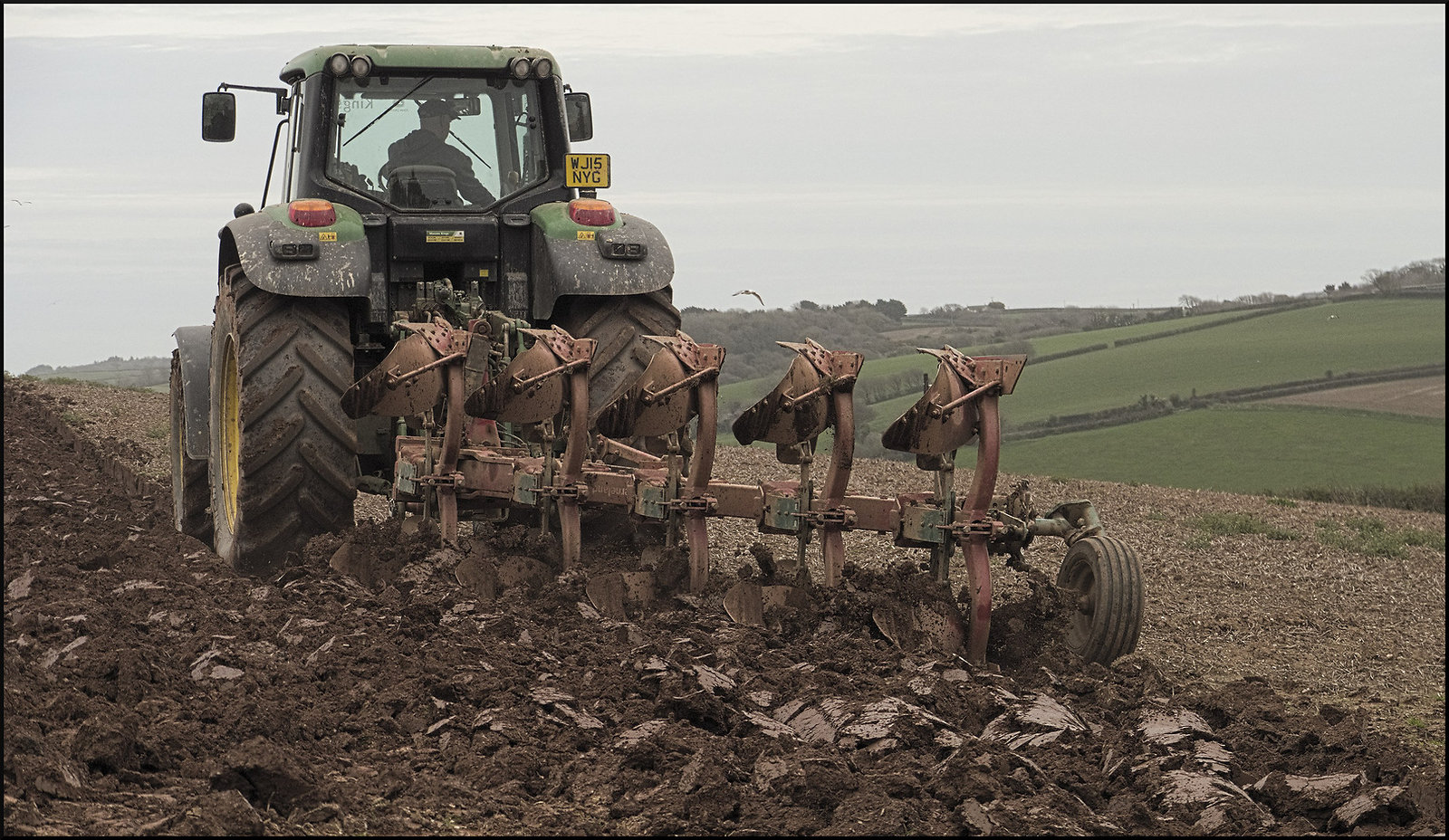 Setting out to plough another 5 furrows. It took the driver 10 hours to plough this field. It wasn't too long ago that this field consisted of 6 fields before the hedges were grubbed out and up until about 1950 these would have been ploughed by horses much as shown in the 2nd image, East Farm in the village being the last farm in this area to use horses. How times have changed although I imagine the narrow terrace at over 5000 feet above sea level in India is still ploughed as seen in the first image, there's no way of getting any machinery up there.

Nice comparison, Barrie! Your old film images are always a joy to behold, but I do really like the tractor images as well - especially the first, with its dynamic composition. Could've sworn that was wider than 28mm eq!

P
In the style of Grand Central Station: