Survey of the Cherry trees

It was only last year that I got excited about Cherry trees and the yearly Sakura. I took this afternoon to tour many of the plants that I know of.

The sun was shining bright and high when I started my tour, which I hated, but I could tell cherries against blue is not going to look terrible. At the same time, there was promise of thin overcast which is about the perfect thing you could ask for. White cloud mixed with blue sky makes a very nice looking light blue which I overall prefer.

Roihuvuori Cherry tree garden was populated, I was in shock. But I had fun times shooting people after a hiatus induced by empty streets and whatnot. In retrospect I should have stayed here and make the most of the people. The blossom isn't as full here in Vuosaari but offers Overgaardian milieu for nice shots. 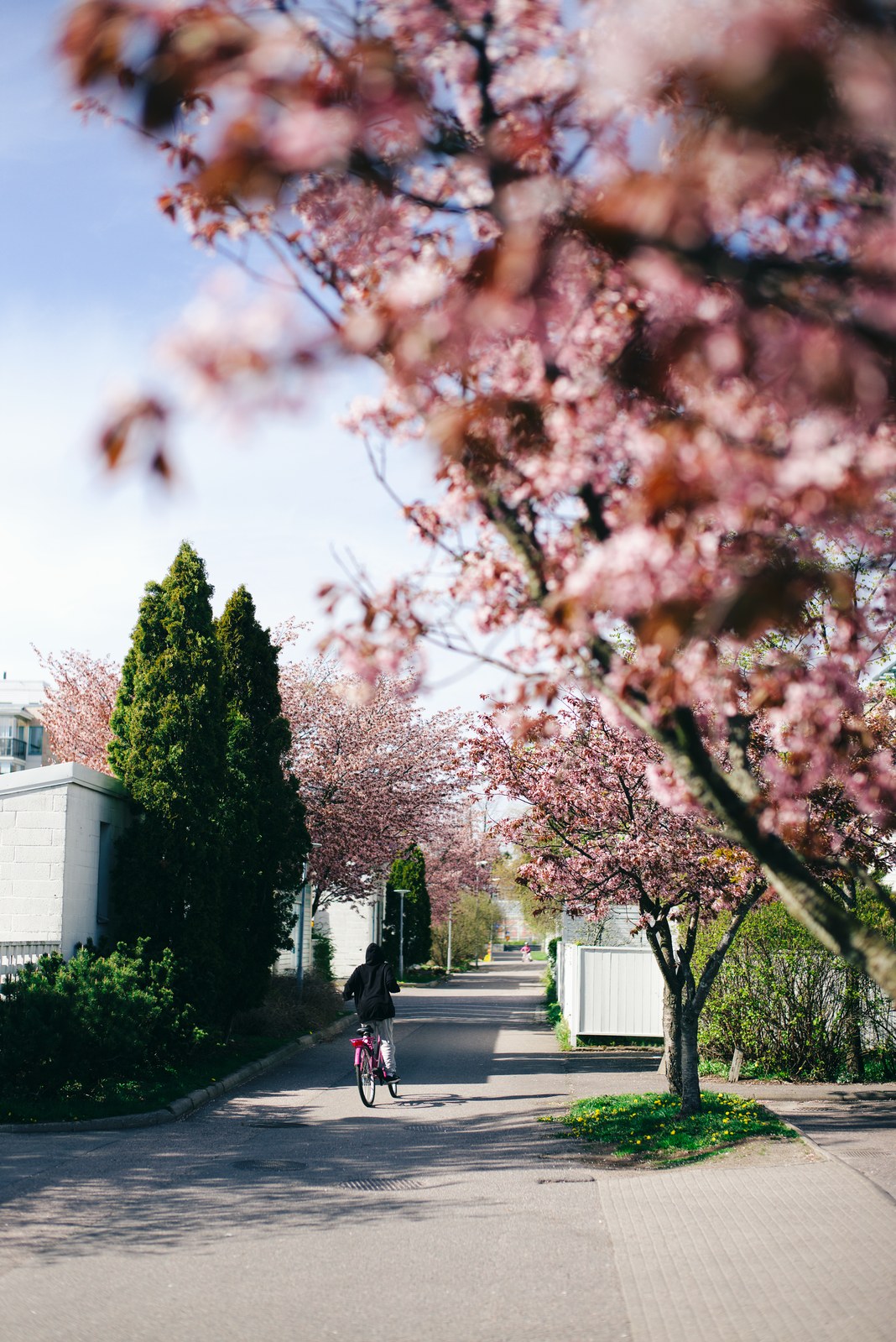 Some various trees that I have spotted while sitting on the bus or tram, and jotted the places down for checking later. 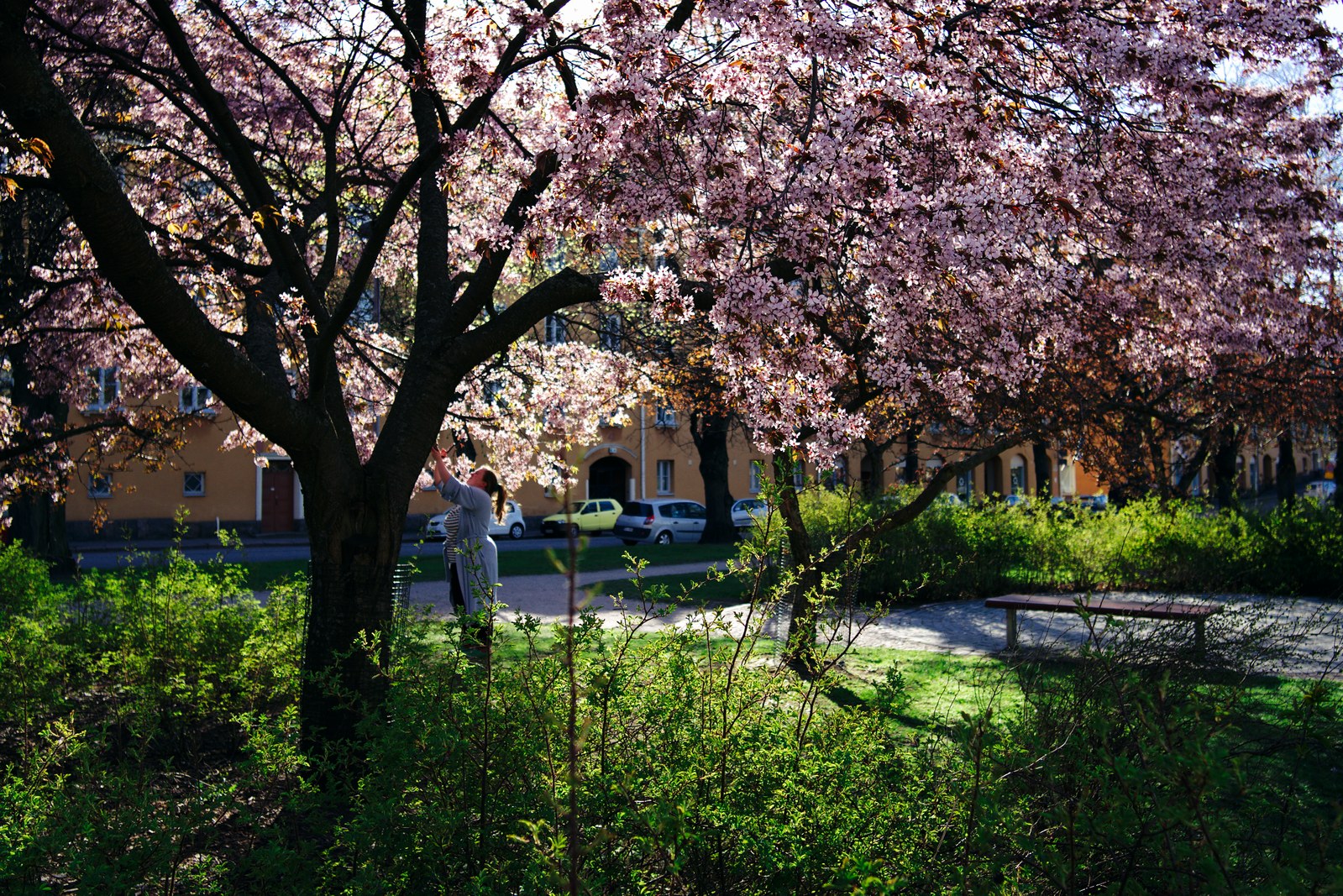 I think you nailed the season. Very nice pictures around the town. We are lucky to live in this very photogenic city