I stuck these in here as they are piece of documentation to my way of thinking.
These are glass magic lantern slides, photographed by me on a light box.
I have no idea how old they are - late Victorian or early Edwardian I suppose; they were "in the family" as long as I can remember.
If one can date the newest locomotive, it will be possible to know at least the earliest they could possibly be.

Paul, I believe that those are all London and North Western Railway company locomotives, the earliest would be "Lady of the Lake", a class introduced in 1859, the others somewhat later, say around 1880. I'm not sure of the livery used by the LNWR buit I believe they were predominantly black and whilst many of them bear some form of crest they have no other company logos on them, so are they perhaps photographs actually taken in the works (Crewe?) where they were built and are actually finished in shades of grey which were perhaps easier to photograph than a black engine.

Some web research suggests that the crest is indeed the LNWR, some of the goods type engines being shown on this site Goods Engines of LNWR - ‘B’ class

neat shots and the processing adds some fun.
P

Um, well the only processing I did was to crop them, which of course chopped off all the information on the slides that Barrie has so carefully researched 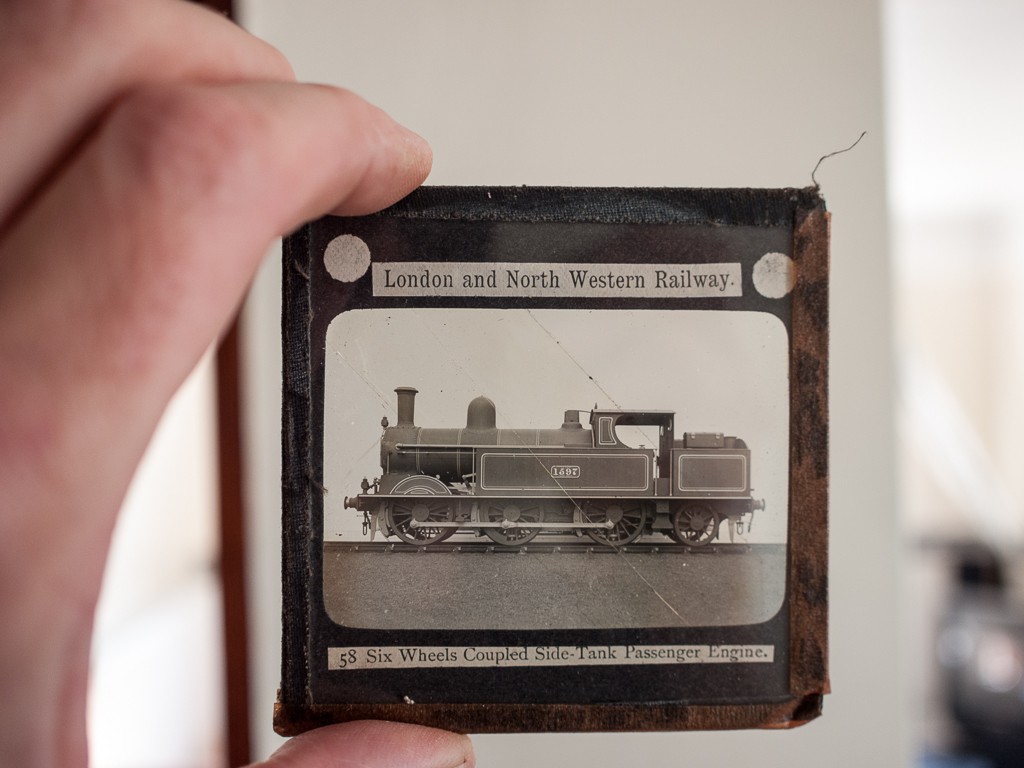 P
More from the Age of the Magic Lantern ...

L
Sony Running out of steam