I took these images when my wife and I were in Whittier. The Buckner Building was a military building built in Whittier. It was damaged in the 1964 earthquake and was abandoned. Asbestos everywhere has kept it from being torn down or renovated. The walls are about two feet thick concrete, built to withstand Japanese bombs. The building had a cafeteria, sleeping quarters, a gym, shooting range, theater, hospital, store and anything else needed by the military.

Just click inside the box to go to the full screen slide show. Sorry if you don't have flash.

Wow, the inside looks pretty trashed. Where's Whittier at?

Alaska. It's covered in clouds most of the time and is surrounded by mountains so they thought it would be a good place to build a military installation. It snows so much there in the wintertime, they built tunnels to the harbor and the other large 12 story building that was the officers quarters so they did not have to get out in the snow. The building is built in sections to withstand earthquakes and bombs, but the big earthquake in 1964 shook all the pipes loose and they really did not need the harbor anymore. Anti aircraft guns where placed all around Whittier too and they are all gone, but the bomb proof ammunition storage buildings are still there and will probably be there forever. 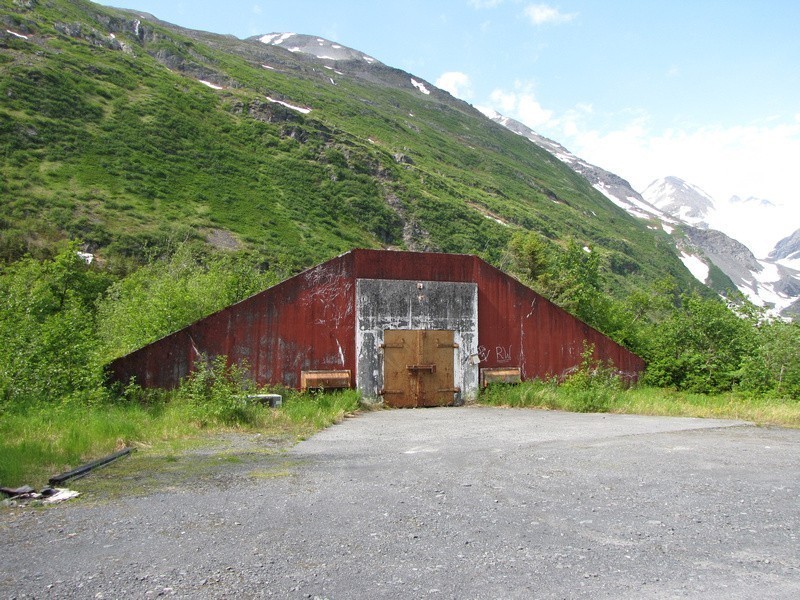 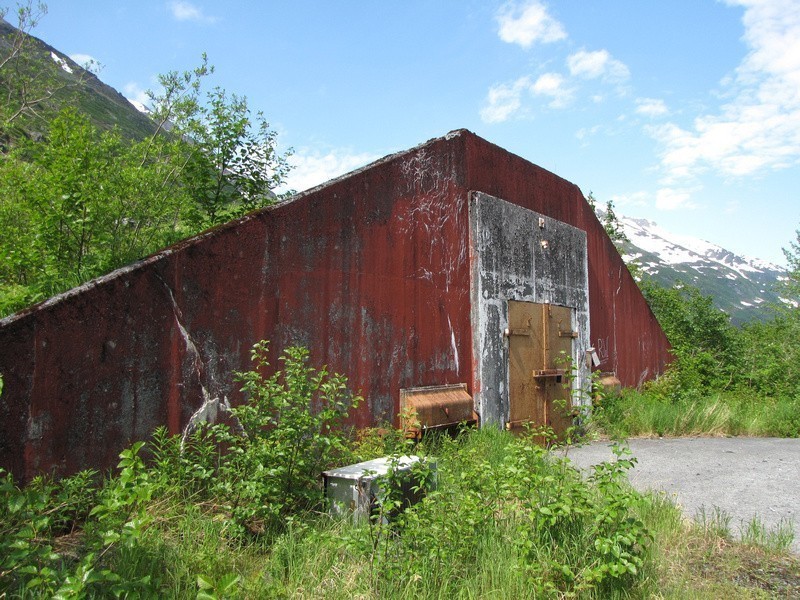 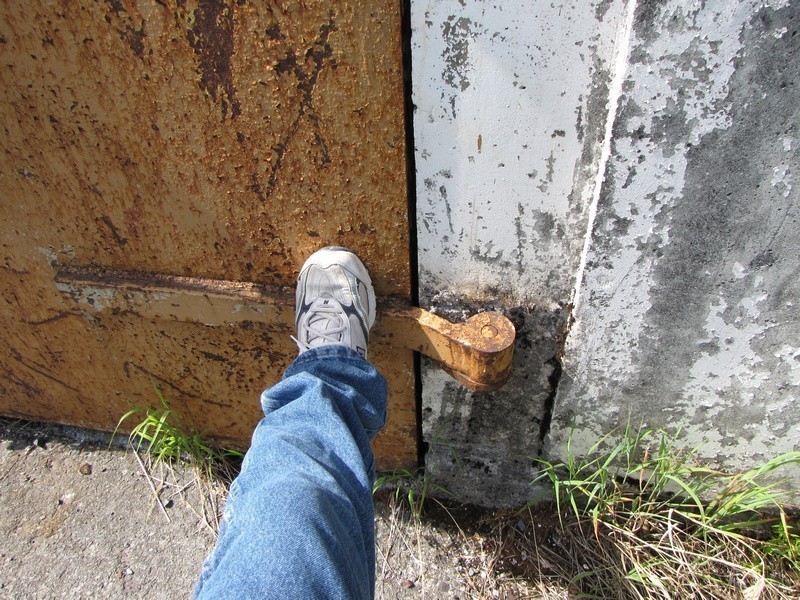 Inside the structures is very creepy. 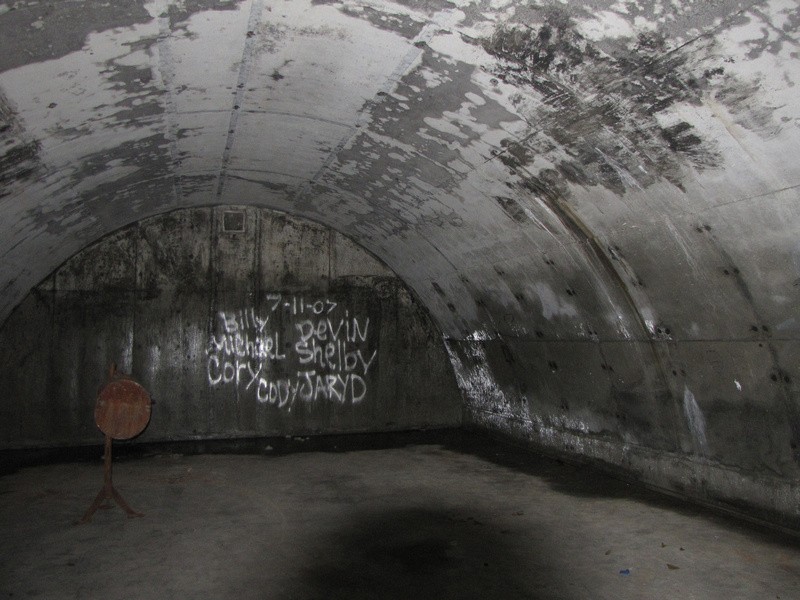 The doors are heavy duty. 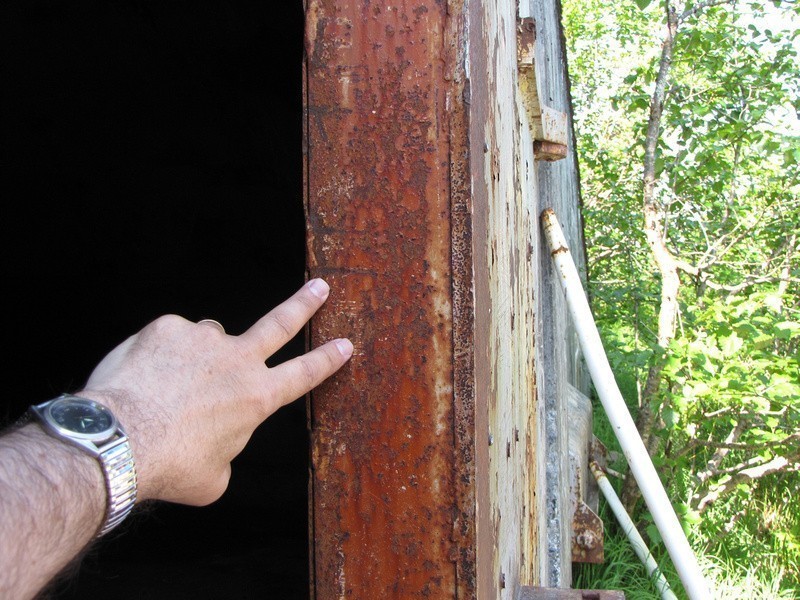 They did not allow photographs when it was being used as a military base so there are very few images of it in it's prime. Several giant fuel tanks where abandoned when the military left. 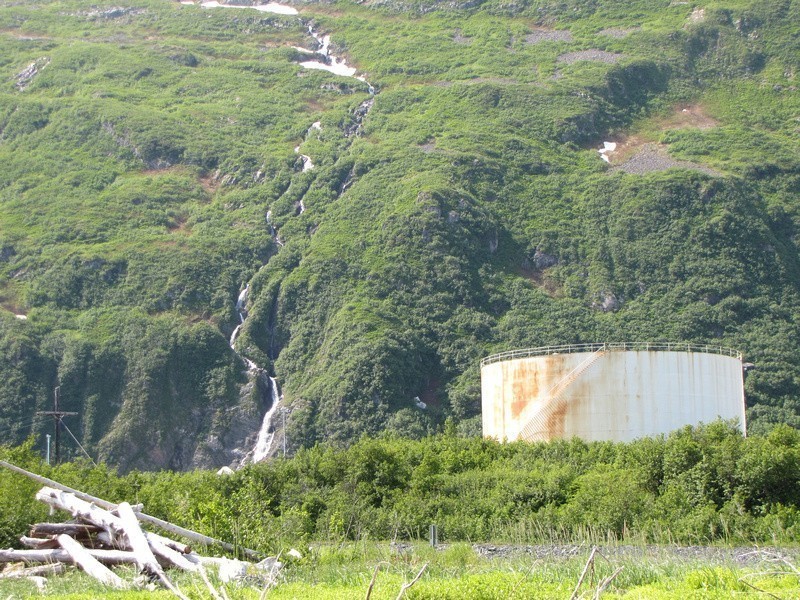 Very interesting - just imagining the logistics of building in that remote and frigid area.

Ricky, thank you for the series and the backstory. It all seems like such a huge waste - it is a huge waste and makes me sad and ashamed that that was all left there to rot. You've made some very haunting pictures from that visit - the ones that hit home the hardest for me at the shots that show the pristine mountains in juxtaposition. Strong stuff.
Share:
Facebook Twitter Reddit Pinterest Tumblr WhatsApp Email Share Link