If anybody else does, please contribute to this thread...


Here are a few from Wagon Mound NM. 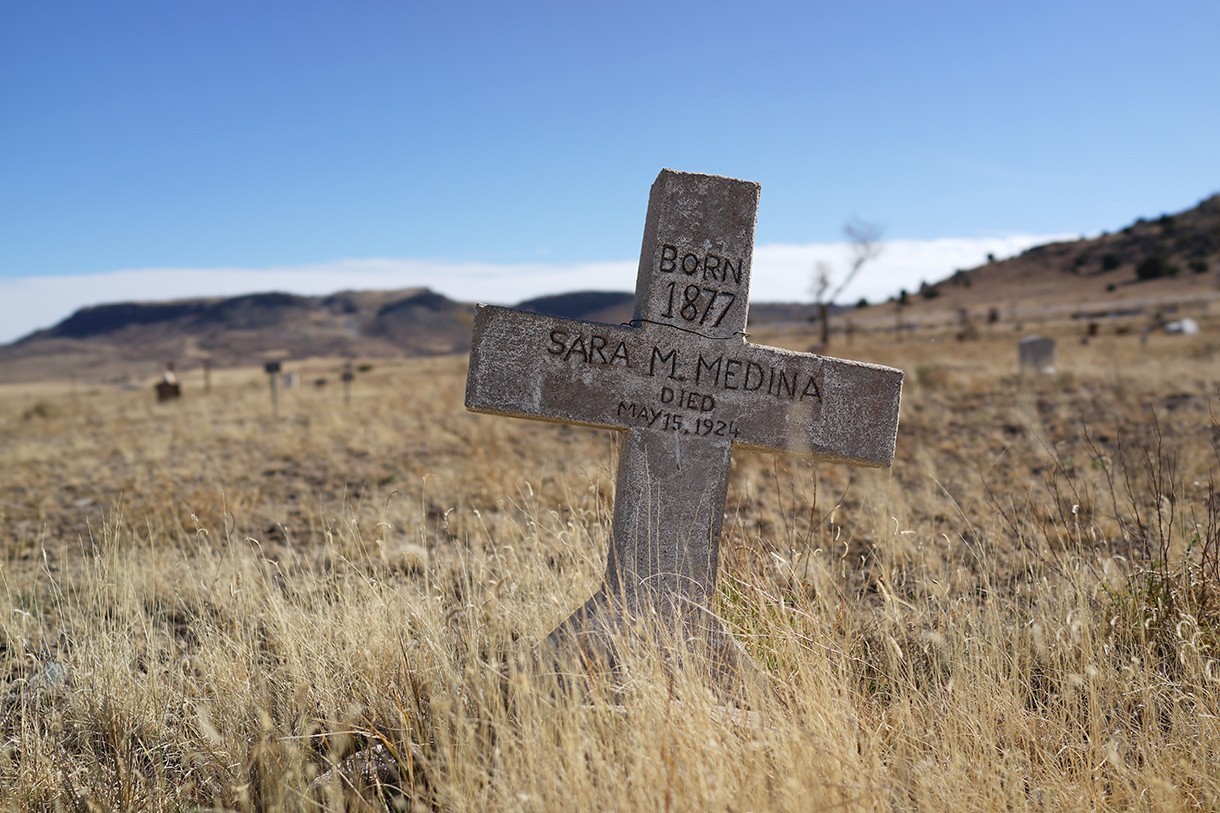 I may have to go dig for cemetery shots from my DSLR days. Only time I ever took any was a historical cemetery in Boston where John Hancock is buried. While with my former Leica X1 several years ago down on the Outer Banks of NC in Hatteras.

I've posted a few myself.

Always find them a great place to take a few shots. 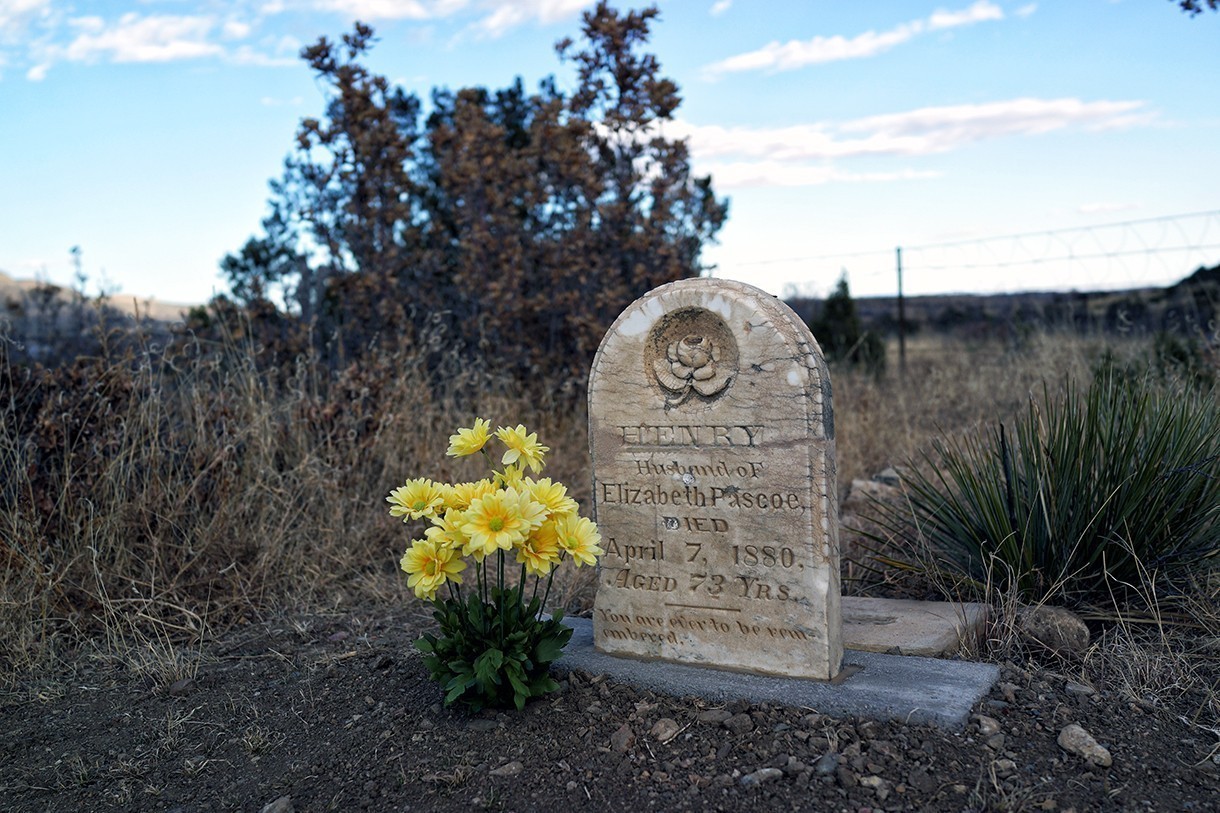 While with my former Leica X1 several years ago down on the Outer Banks of NC in Hatteras.
Click to expand...

Oh, that "Stowe" is beautifully preserved! (there I go again, reacting to content, not technique, which is exquisite!)

Hi BB.....I find the image of the cemetary rather dreary..I know you are making the effort to make it deadly with HDR but honestly, I really don't care for HDR but I did see it on your flicker in colour and I thought it was much better!!
R

I love cemeteries. Parenthetically, so do birders - often in an urban environment, the cemeteries will be the best places to go bird watching.
I know I'm garrulous but I'd say at least 3/4 of my earlier photos are about the "why" not about the photo itself. I'm going to start off with this one from Pinckneyville, Perry County, IL. Civil War graves aren't uncommon in So. IL but neither are they common. Generally, enlisted men were buried on or near the battlefield, and only officers' bodies were transported home for burial, so when I saw several graves together of soldiers who all fell on the same date, I took a photo of one as a quick note. It turns out this was the date of the fall of Fort Donelson, the Union victory where Grant earned his nickname of "Unconditional Surrender" Grant. http://www.civilwarinteractive.com/This Day/thisday0216.htm Bill Gordon said:
Hi BB.....I find the image of the cemetary rather dreary..I know you are making the effort to make it deadly with HDR but honestly, I really don't care for HDR but I did see it on your flicker in colour and I thought it was much better!!
Click to expand...

Good to see you here my old pal - and sorry to have been so out of touch! I'm enjoying these all. Content comment again - I find it so interesting and moving when a grave this old has a recent decoration on it (not sure if those are fresh flowers or artificial, but either way, it's moving.)
T Wow, just wow! What buildings and monuments, what an urban backdrop, what a sky! Where was this taken?
R


Sent from my iPhone using Tapatalk

Lucille: great images and a great idea. Maybe I should move my San Jose cemetery shots here -- as long as it doesn't mean reposting it all. I'm so fascinated by the place that photographing it has become a long term project, even if not a very systematic one.

Thanks for your shots and for starting the thread.

Some from a few years ago. The first one is a 5 minute exposure in a VERY dark cemetery. The orange glow on things is from distant sodium vapor lamps. Cemetary at Night, Todmorden by Entropic Remnants, on Flickr And these are from an abandoned pet cemetery (shades of Stephen King) that is actually in the middle of a disc golf course. A random one for a cemetery near where I worked: Death Casts a Long Shadow... by Entropic Remnants, on Flickr

And one that implies that all is not peaceful perhaps in the afterlife... No Peace In Death?... by Entropic Remnants, on Flickr Subscribe to see EXIF info for this image (if available)
L

I like going to cemeteries, and have often taken photos there. They tend to be calm places; their beauty, on the other hand, varies tremendously. Salzburg's cemeteries, for example, are one of the main touristical attractions of the city. I shall try to find some of the pictures I took there, in the days BDP (Before Digital Photography). Cemeteries also offer a glimpse of the past, even if only the so-called "petite histoire". A few years ago, I was surprised to find the stones of buried Portuguese and Spanish sailors in a very small Welsh cemetery, not far from Aberystwyth and Aberaeron.
Until the mid-nineteenth century, portuguese people were usually buried in or around churches (in for the illustrious and important, around for the commoners). A law then instituted the cemeteries, and the interdiction of burial in churches. This gave rise to a strong movement of popular revolt, but in the end it was accepted. Nowadays land for cemeteries is limited, especially in the big cities, and a lot of people opt for cremation.
@Ripleysbaby: I at once thought your picture depicted Glasgow Necropolis. I have been only once to Glasgow, so I was happy to recognize it. The news of the helicopter crash in Glasgow, this week, were saddening.

I don't have many cemetery images... kyteflyer said:
I don't have many cemetery images...

It's not quantity that counts, but quality! All of these are beautiful. I like the way you focus on the dandelion and on the roses at the "expense" of the stones. It gives them a whole different emotional perspective.