Hope you are ok, Simon by John Flores, on Flickr 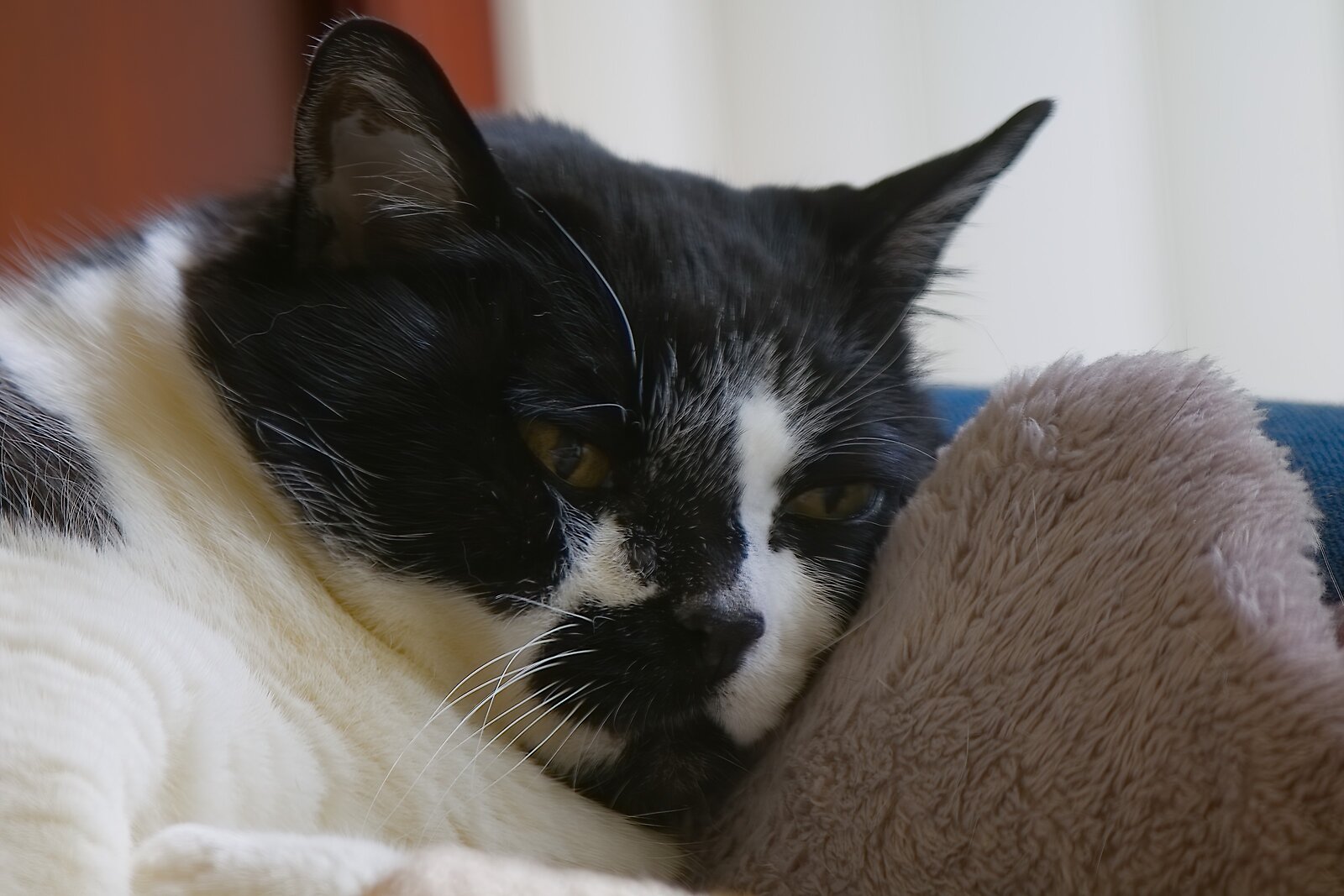 Isis the Cat in a very relaxing position All your bed is belong to us​ Jingles, a mostly outdoor cat, has many favored napping spots. One of his favorites is the roof of an old shed in the backyard. Jilly giving me the 'I own you' look! bluzcity said:
Jilly giving me the 'I own you' look!
Click to expand...

Cats were once worshiped by the Ancients as gods, and they've never forgotten that. ... and Isis the Cat has got herself a new lens Harsh Jpeg compression, courtesy of the Oukitel U22 (Chinese Android phone), one of the first "China phones" with "four cameras", dual front and back cameras, of which only one of the back cameras was integrated into the OS. Never tried the front camera.

The jury is still out on whether this "second back camera" really was a camera, or just a decoy...

It wasn't visible to any test programs I ran on it.

Sold to a friend with absolutely no interest in photography. When, at a later date, I helped him out of a screw-up he committed on his phone, there was still only one photo in his Gallery.

That being the one I shot to show him when I sold it..

Amazingly, this ancient relic is still sold on Amazon.uk: