For those who saw my original post on getting my hand caught in an electric car window -- Why don't car windows have a safety feedback mechanism? (gross picture warning) -- I offer this update.

Just after I saw the hand specialist (orthopedics), he went on vacation. My next visit was to his physician's assistant, who basically said, "Stay the course and see me in a week."

At the next visit, my hand, basically unchanged, looked like this: 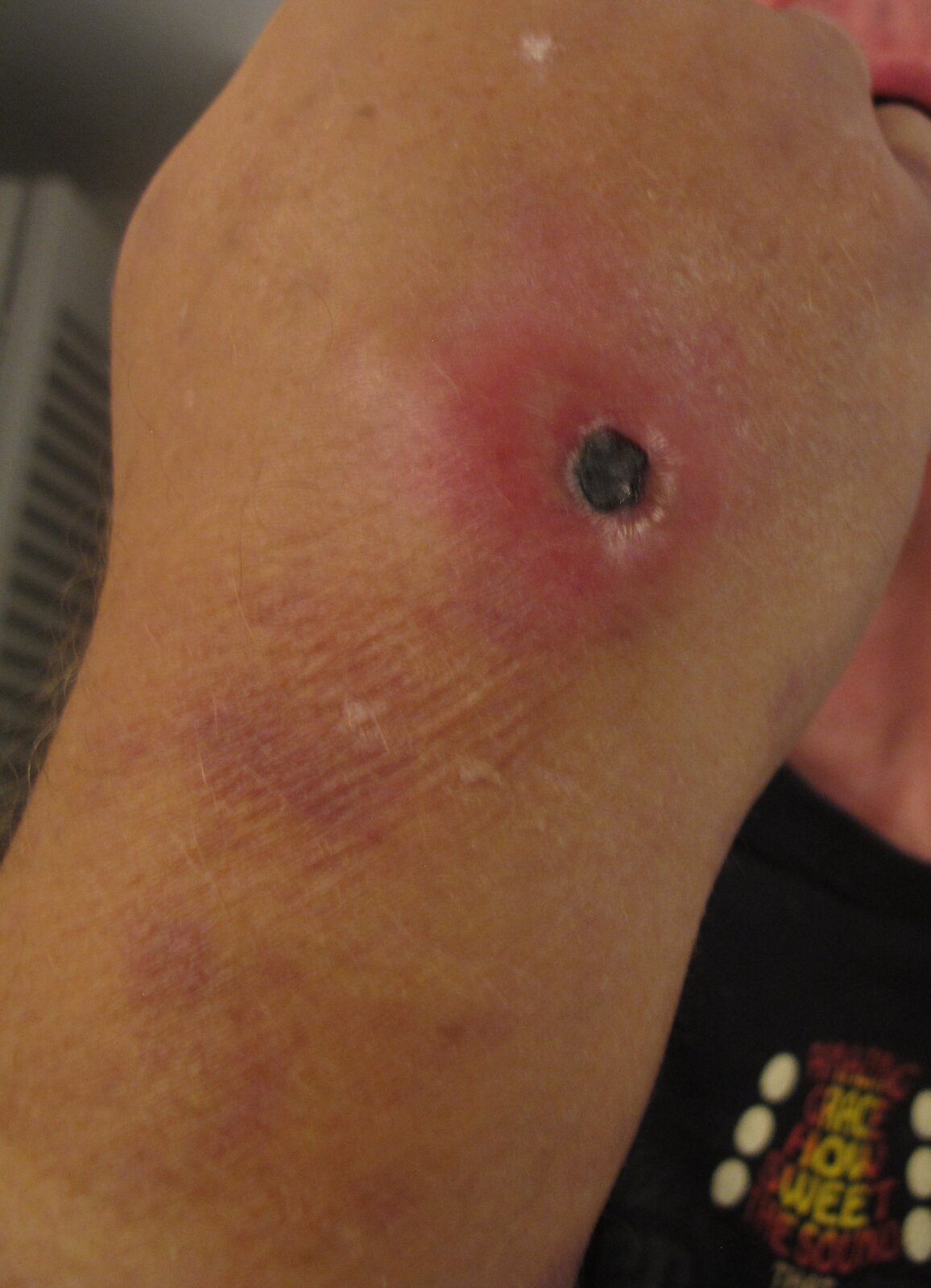 He kept saying, "I really don't like the way that black spot looks." He said it several times. Then he poured some hydrogen peroxide on the black spot. It bubbled and fizzed. The he removed the black spot with tweezers, revealing a maroon-colored substance beneath. Then he squeezed, and lots, and lots, and LOTS of congealed blood came out. I watched; I told a friend, "It was weird, and gross, and fascinating." He laughed. (It's a guy thing.)

There will be another follow-up tomorrow, and here's what the hand looks like now: 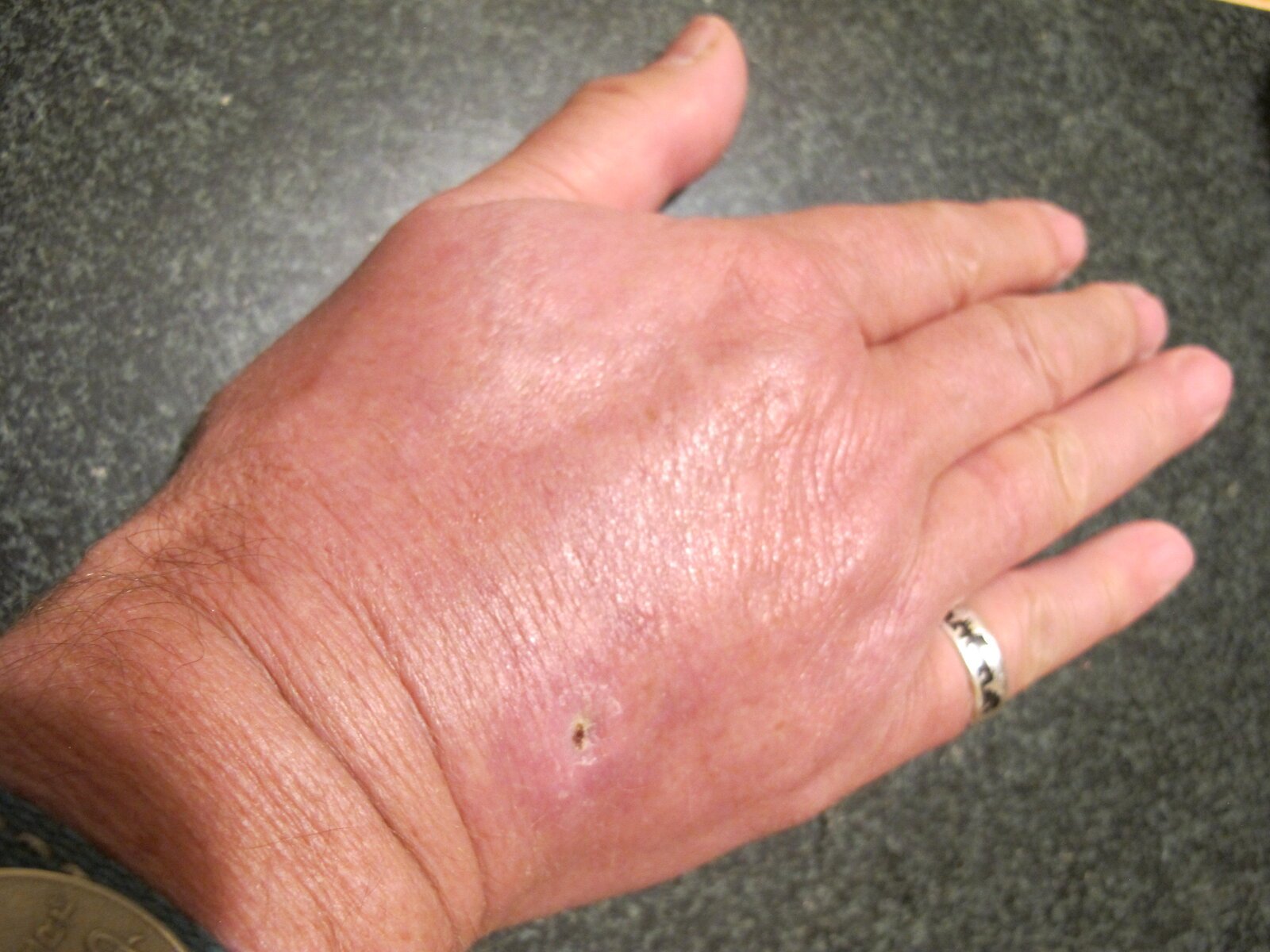 90-95 percent of the functionality has been restored; I can grip a pen, out-wrestle a pickle jar lid, and today I play my six-string and 12-string guitars at church.

Thanks for all your well wishes and prayers, and keep your hands out of the electric car windows!

Get some Vitamin E oil on that if you don't want any scarring. But heal that scarring at your own risk because you will not be able to participate in chest-thumping discussions like these:

Canon This is what happens when you don't bring the "big" camera . . .