Went out to the Western Railway Museum yesterday, just east of Suisun City near Fairfield,CA

They have over 50 railway cars, including a few they provide rides on.

This Peninsula Railway car, built in 1903, ran between urban areas on the Bay Area peninsula. Electric railway cars were usually run as single cars, and were popular in urban and inter-urban areas at the first part of the 20th Century for the same reason electric cars are now; they are "clean" (no emissions), and relatively quiet. The big, heavy and fast steam locomotives used at the time for hauling passengers and freight were incredibly smoky, polluting, and loud. 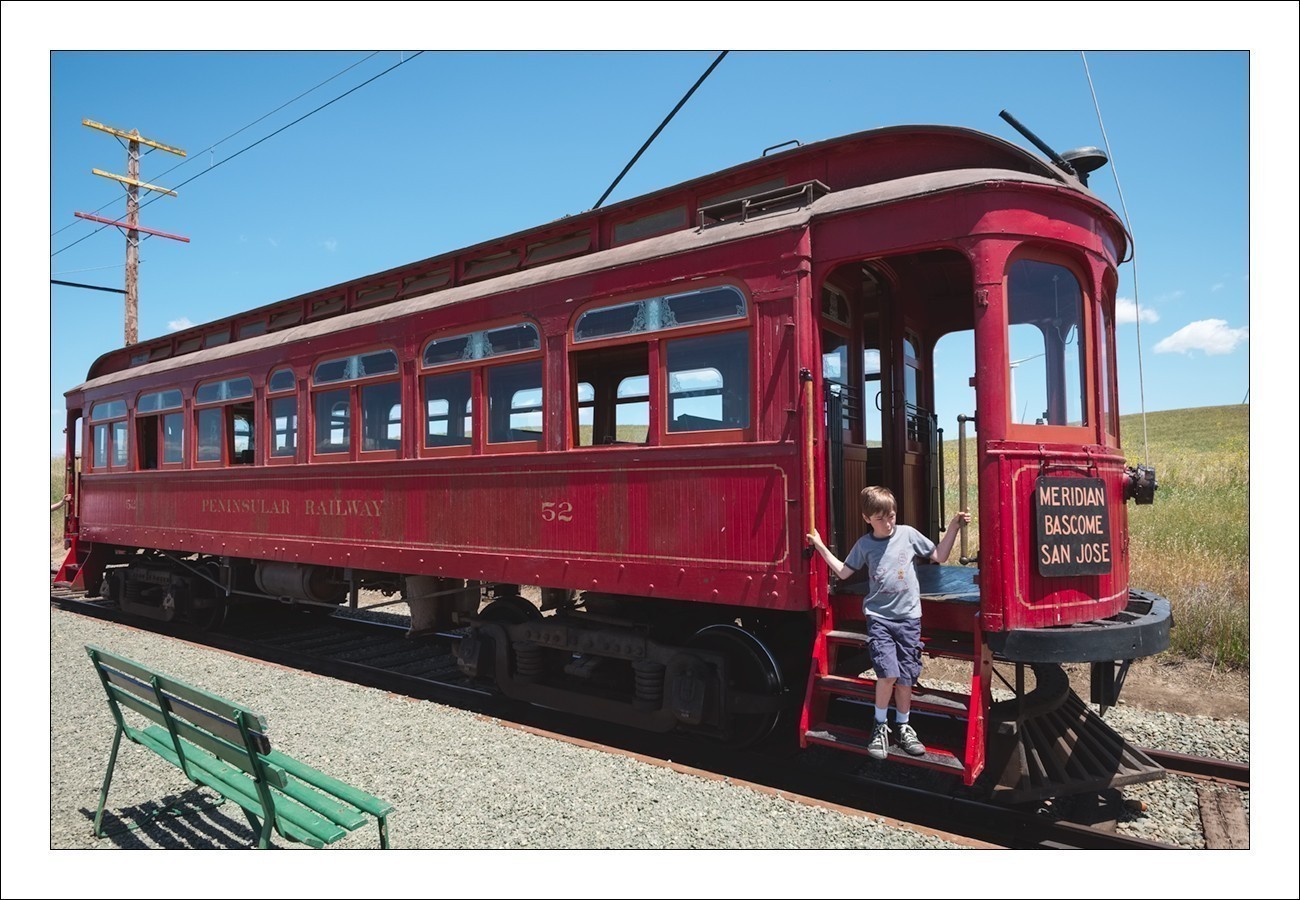 Our conductor for the day 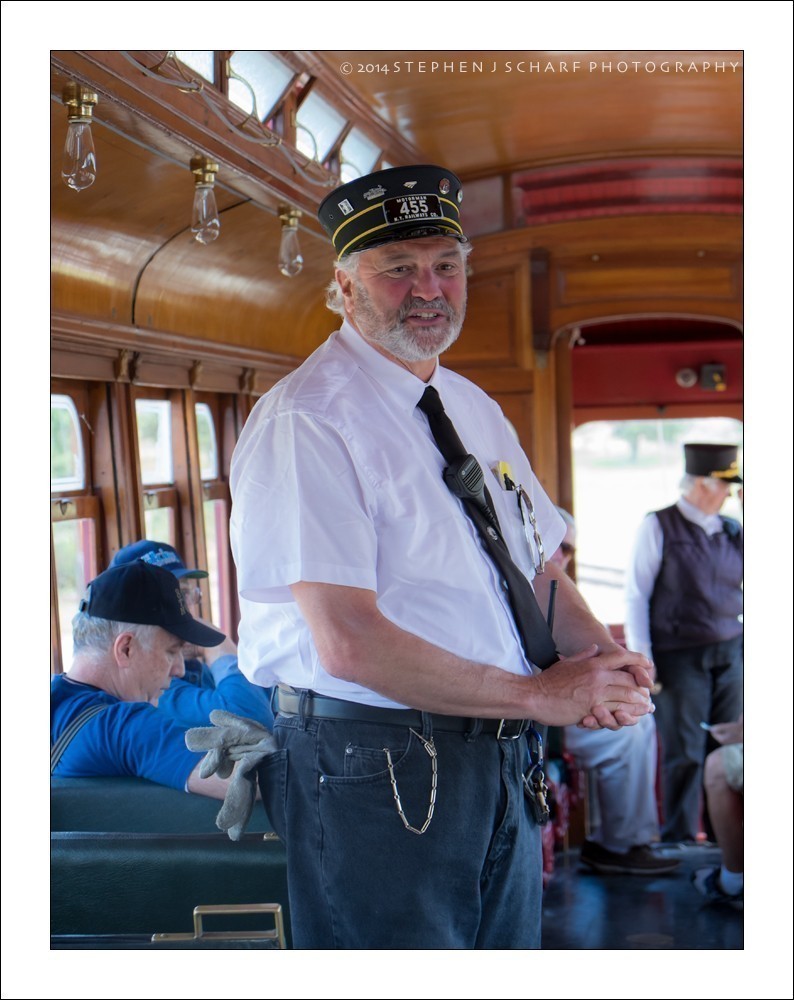 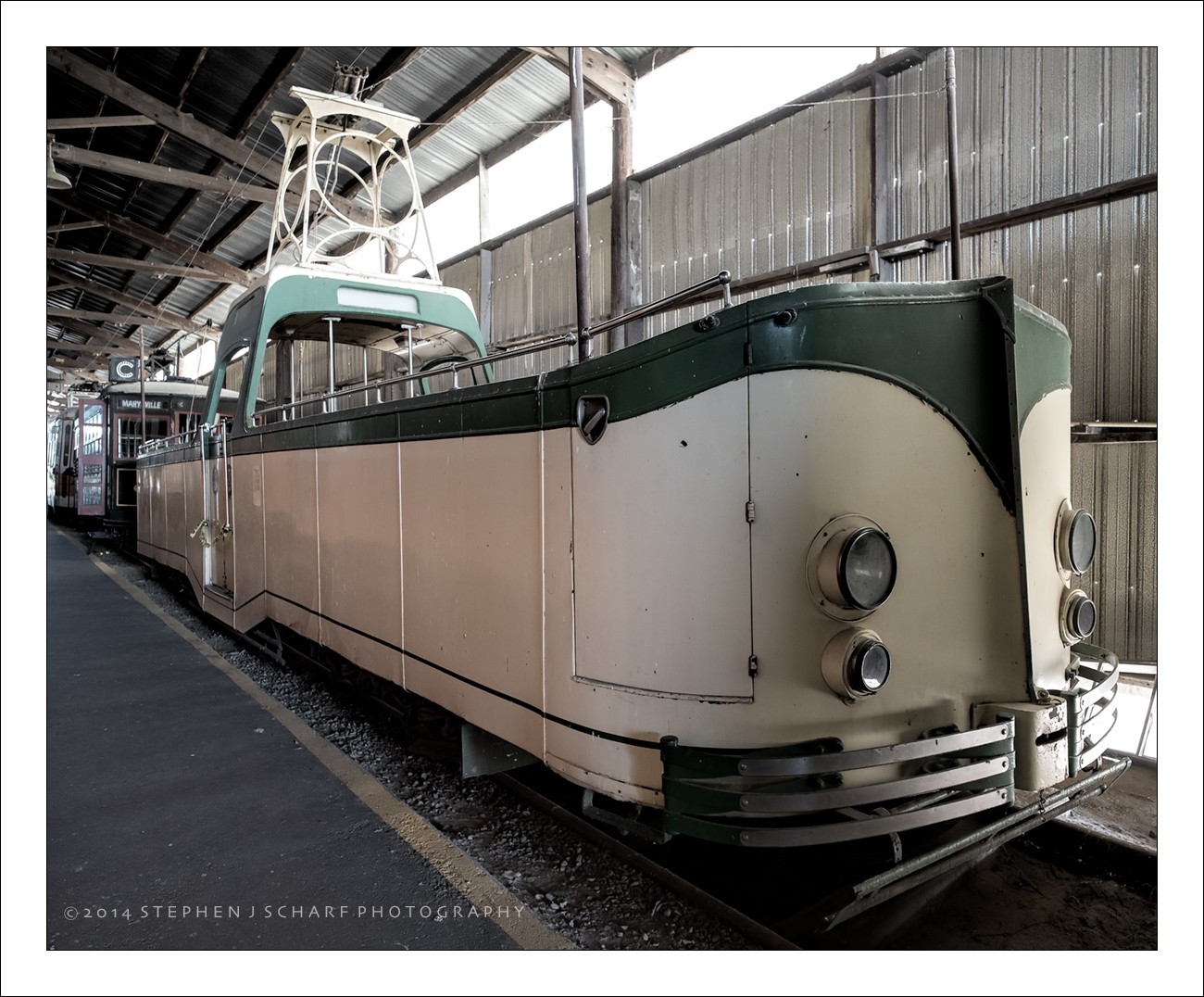 A mother brought her kids out for the day. 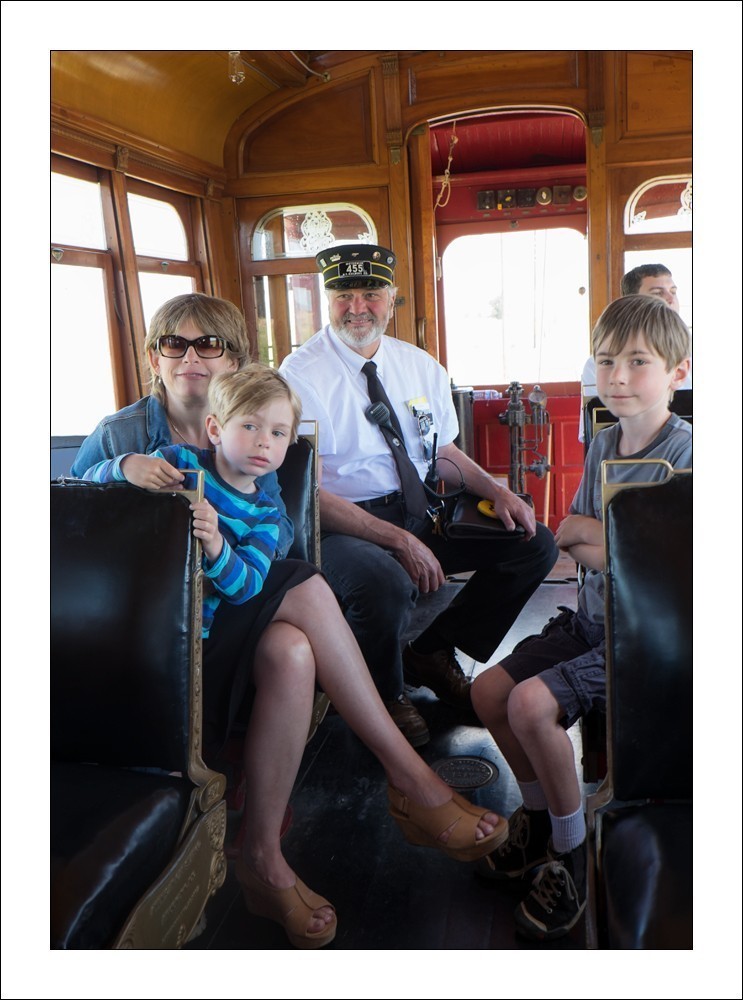 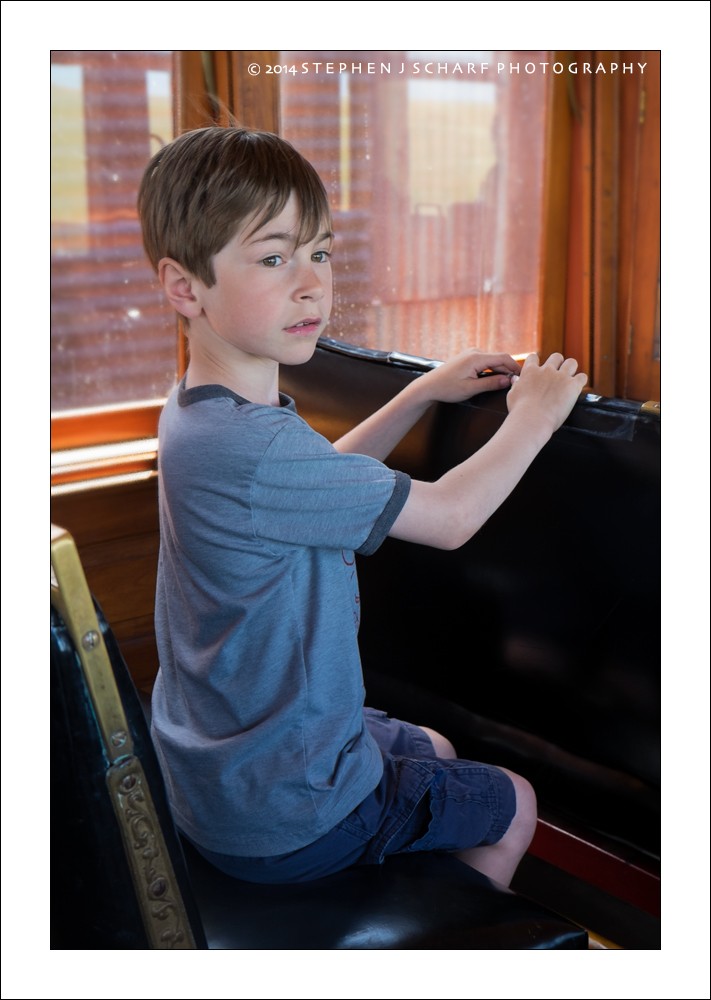 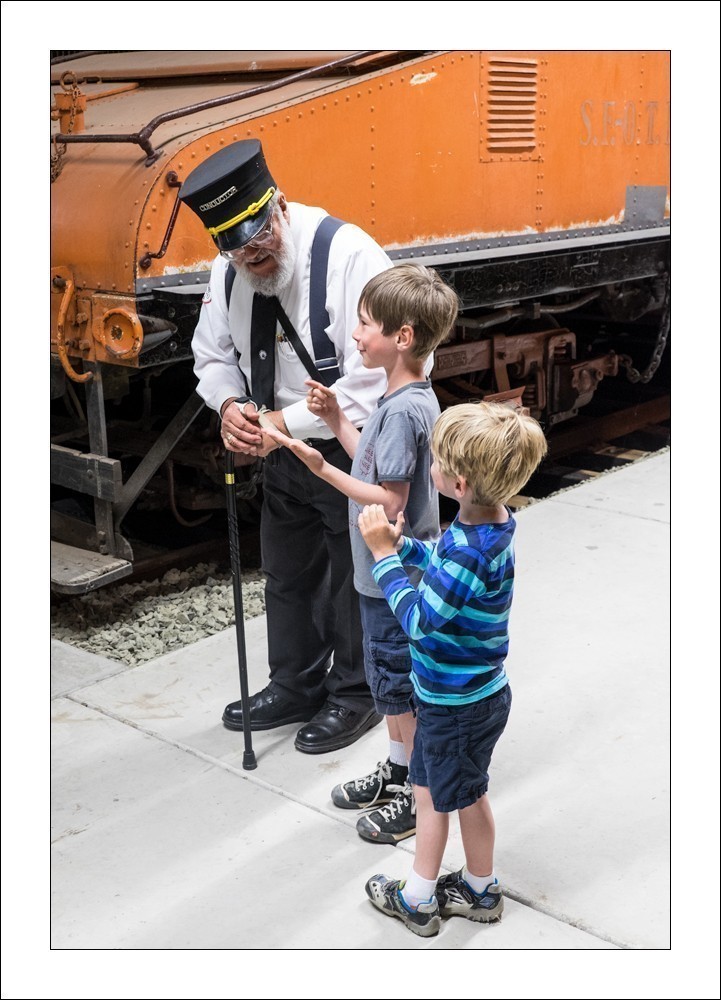 One of the big Sacramento Northern electric freight engines. 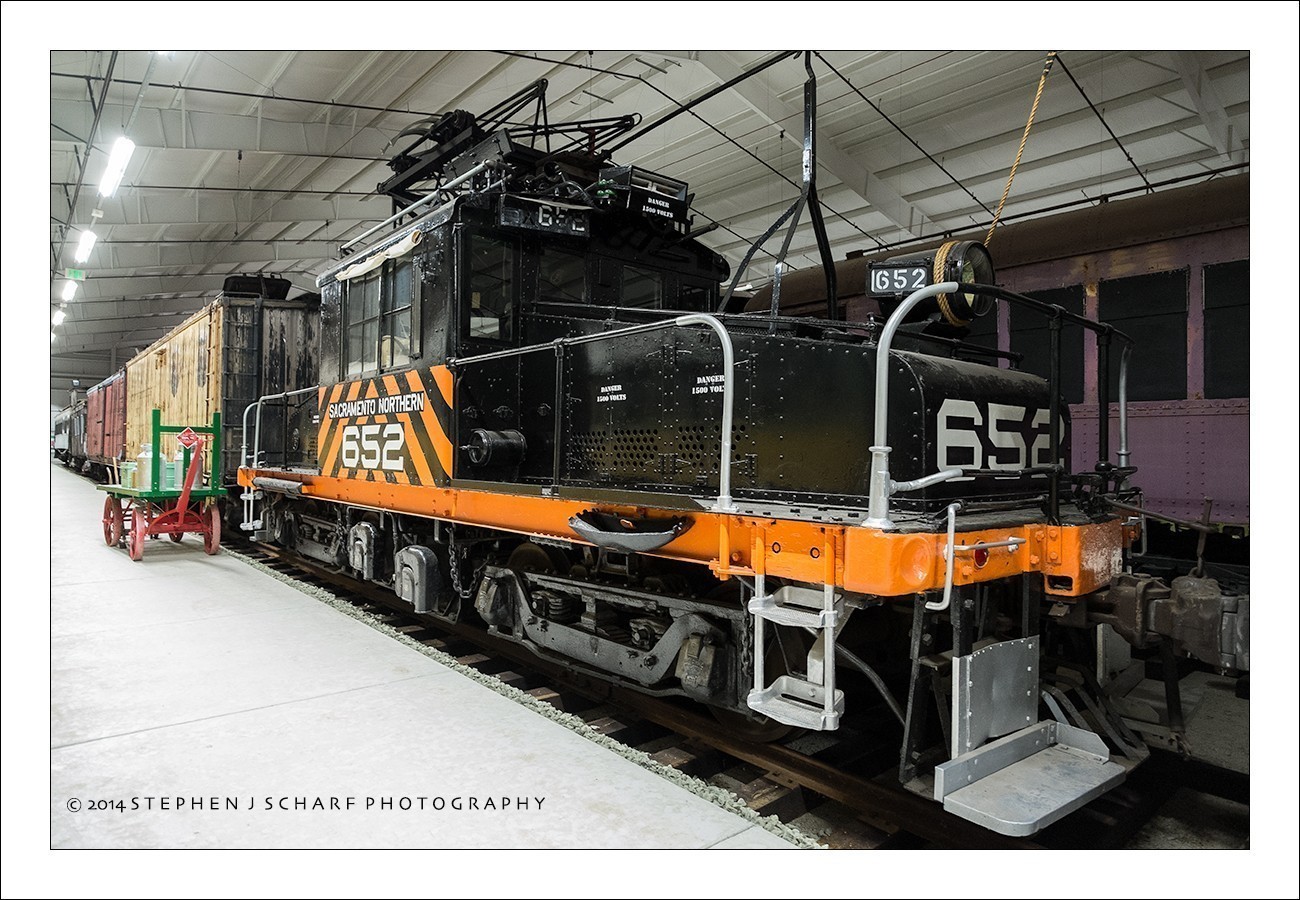 The museum has a Melbourne, Australia city tram..pretty cool. 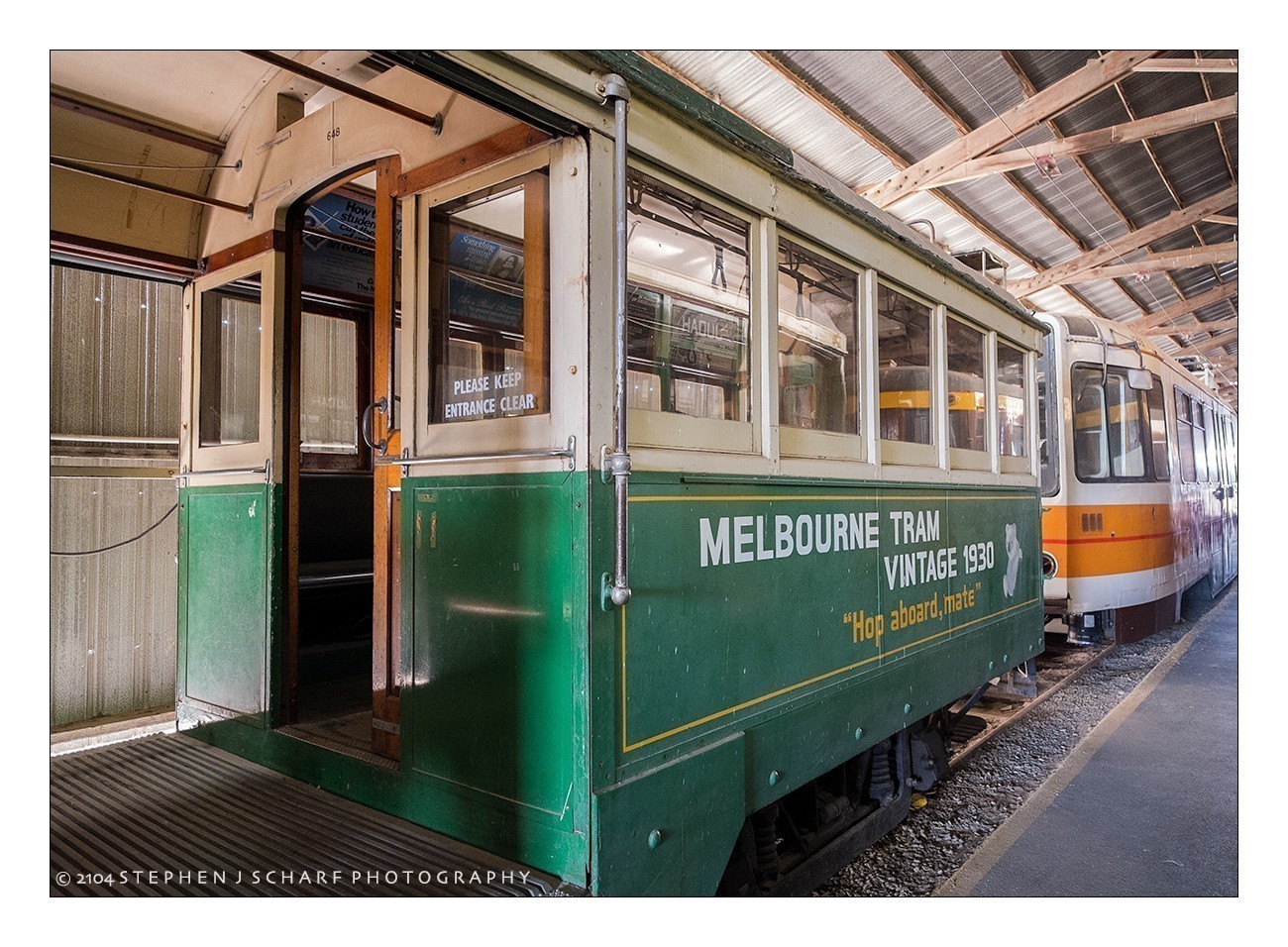 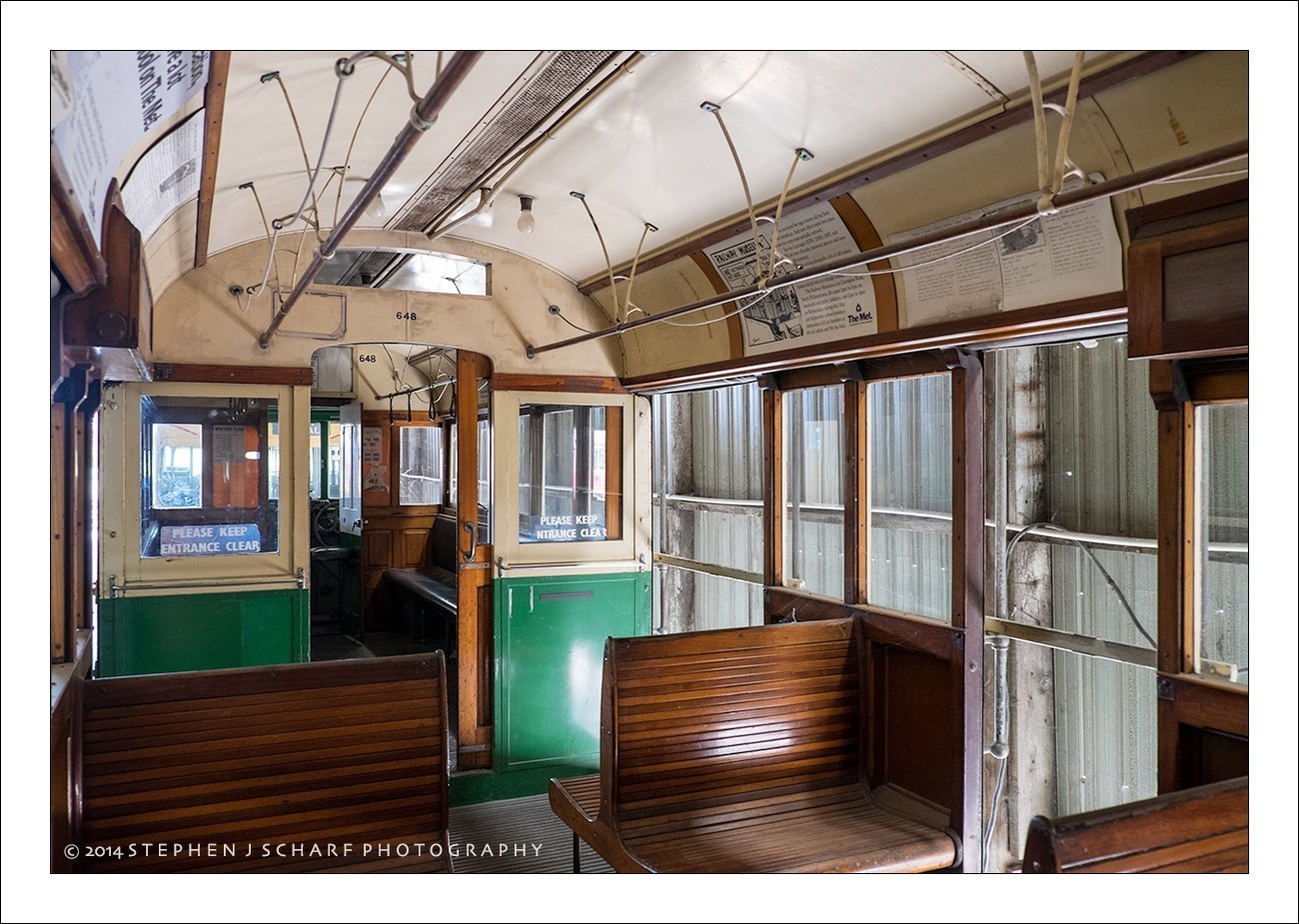 My two favorite shots of the day are of the big steam locomotive, 'ole No. 94. 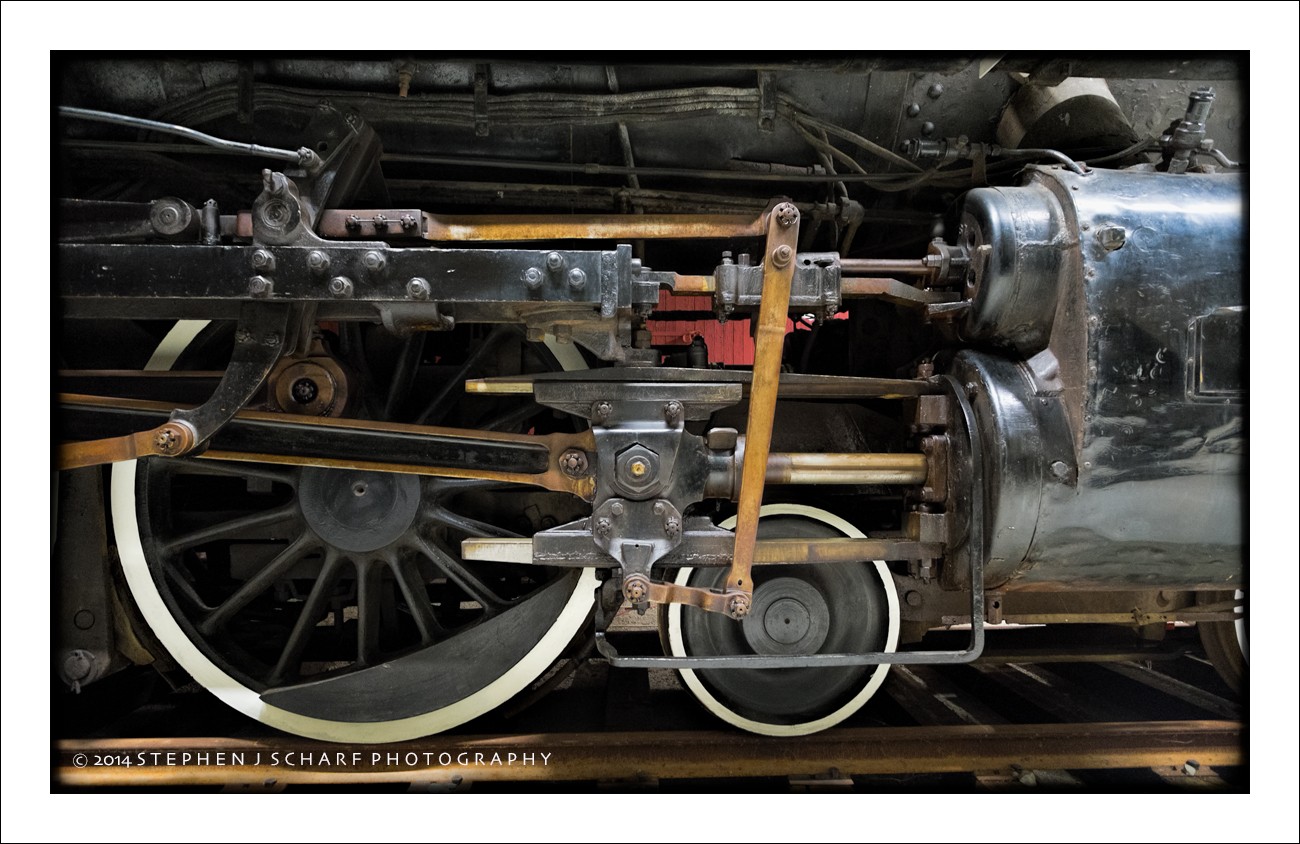 Converted to black and white with Silver Efex Pro 2 and a very slight warming filter layer mask added to create a touch of warmth. 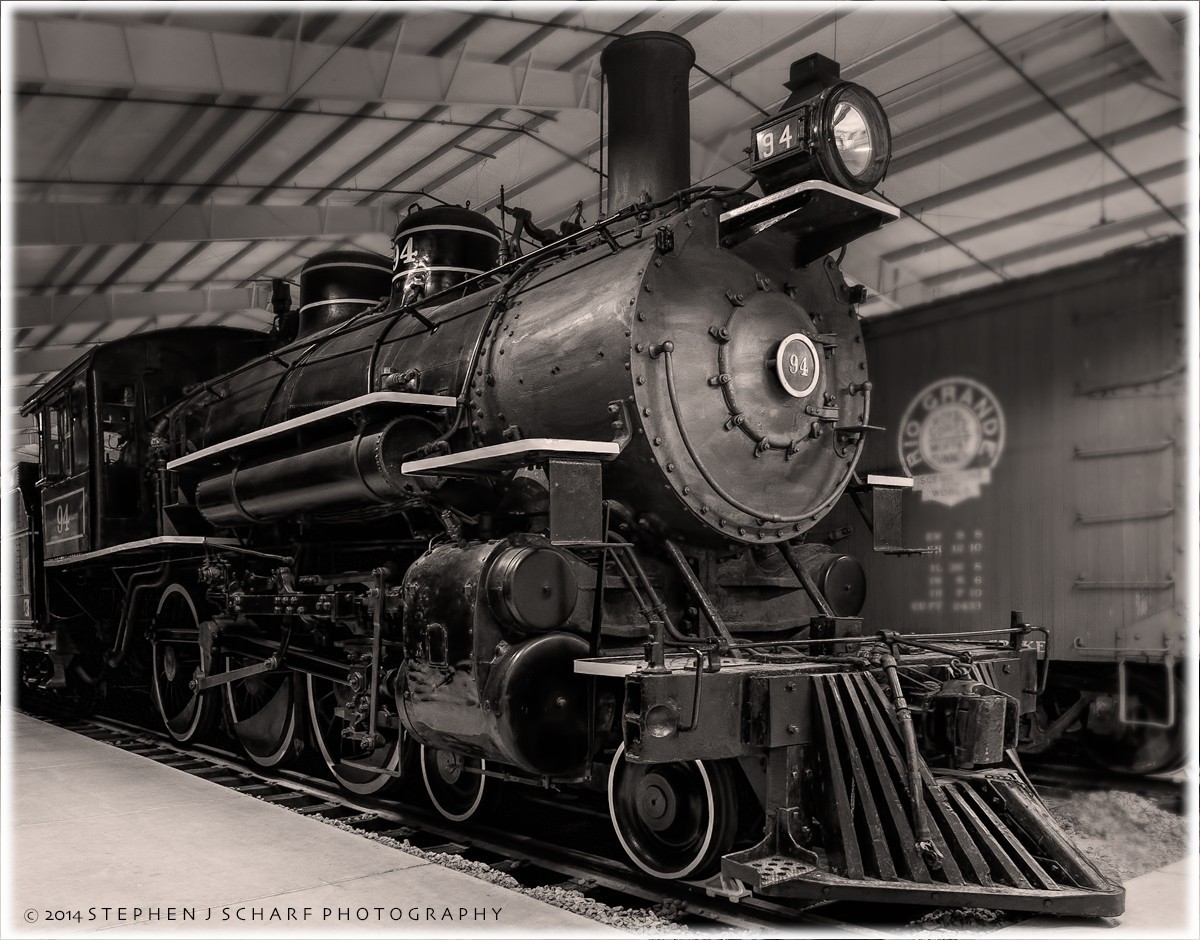