Fuji Thoughts on the X30?

I presently own an X100 and X-E1. Great IQ, both, but there are times I really miss the tilting screens I once used on my previous Sony and Olympus cameras. I'd also like to have a wee bit more reach, without going to large and heavy zoom lenses.

As I prefer smaller cameras, I have been looking at both the X-T10 and X30. X-T10 would certainly have better IQ, while the X30 would have more versatility. X-T10 would also require larger lenses. I have read a lot about both, and both have their fans and detractors. The X30, in particular, seems to be divided between those who raved about the camera's utility and stated it really "punches above its weight", while others have claimed it to be a disappointment with marginal IQ.

Given that I sold all of my m4/3 equipment because I found its low light IQ lacking, I'm thinking I may not be satisfied with the X30, even as a second. I'm going to rent one for a few days, just to satisfy my curiosity. Any other thoughts from the crowd?

A couple of thoughts here. First, remember the X30 won't be that much smaller than the X100. But that's not really a problem IMHO.

Second, I think your plan to rent one is the best way to go. Using the X30 in the way you personally would use such a camera over a period of several days will answer your questions better than anyone else's input.

With all of that said, it is likely you will find the X30's low-light performance lacking if you already have an issue with similar images from a micro four-thirds camera. Nonetheless, others have found output from the X30 to be at least real-world competitive with the more-recent one-inch sensor cameras. The camera really does punch above its weight.

On the other hand, what kind of lenses were you using on your micro four-thirds bodies? As in, what kind of aperture range? The fixed lens on the X30 gives you f/2.0-2.8, which generally means you can keep the ISO fairly low.

Personally, I have found I can operate my older X10 and XF1 up to ISO 1600 without issue and even ISO 3200 in a pinch. There'll be some noise in the latter case but I'm an old film guy, and it doesn't upset me. It's more a subjective thing. Most ex-film people don't mind some noise, especially of the luminous nature (grain) rather than chromatic nature (random colored sparkles). Many others who came to photography in the digital age believe the mere thought of any noise at all ruins any and all images. Just don't expect noiseless images beyond ISO 200 or so.

Good luck with your decision and let us know how it goes!
Last edited by a moderator: Jun 13, 2016

Thanks Steve. I'm an old film guy myself, so a bit of noise doesn't bother me. I'm also not one who thinks tack sharp is the end of everything. I have looked at the Flickr groups, and there are a lot of stunning images there that supposedly came from an X30. We shall see what I can do with the rented one when it arrives. I hike a lot, and have been looking for ways to absolutely minimize what I carry, particularly with regard to camera gear.
Last edited by a moderator: Jun 16, 2016

The rented X30 arrived yesterday afternoon, and I wasted no time in examining it and snapping photos of everything around - coffee cups, other cameras, PC monitors, you name it. I do like the handling. I took it with me to church last night and used it to record a bunch of different scenes, from up close low light shots in the sound booth, to wide sweeping views of the sanctuary. Even at ISO 1600, I found the images crisp and eye pleasing. They did have some visible noise at the higher sensitivities, but not so much as to be distracting. I do have the camera set at NR -2, to avoid smearing of details. Next step will be to take it out on my weekend hike, along with the X100. I want to see how the X30 handles deep canopy areas, places where I know the X100 excels.

Perhaps my mind is stuck in the "bigger sensor >>> better" mindset, but one thought that has come to my mind is that an APS-C X300, with the body of an X100 and all the functionality of the X30, would be an incredible camera. Adding the tilting LCD would make it thicker, and with the lens mechanism it would be heavier and probably far more expensive. It is an intriguing notion, though. When I look at the current X-mount cameras, the only way I see to get all of the function and range of the X30 is with an X-T1 or X-T10 and the XF 18-135 WR. Much heavier and far more expensive setup. As I have been searching for ways to reduce what I carry on my hikes, that is something to consider. Looking at this simulation . . .

. . . one can see the the obvious differences between the two X-mount APS-C cameras and the X-30. I know from experience that carrying 2+ pounds of lens and camera for 10 miles or more on a neck strap is tough, and I'm trying to get away from carrying camera bags. It would take several primes to cover the range of the 18-135. Sometimes I am perfectly content with a single FL lens; other times I would like more flexibility. The ruminating continues . . .

PS: I no longer own the X-E1 and XF 14mm. While the IQ of the combination was excellent, I found the FOV too limiting for general purpose use, and the lack of a tilting LCD on the X-E1 has led me to continue looking elsewhere.

What did I tell you about reliably being able to use the X10 and XF1 up to ISO 1600 with 3200 in a pinch? It appears the X30 is no different or a bit better in that regard. That's good news. I hope the rest of your experiments go well because the size and utility of the X30 seem to work for you. Keep us up to date.

Here are a couple from this morning. Classic Chrome in the first, the second pulled from the RAW file. 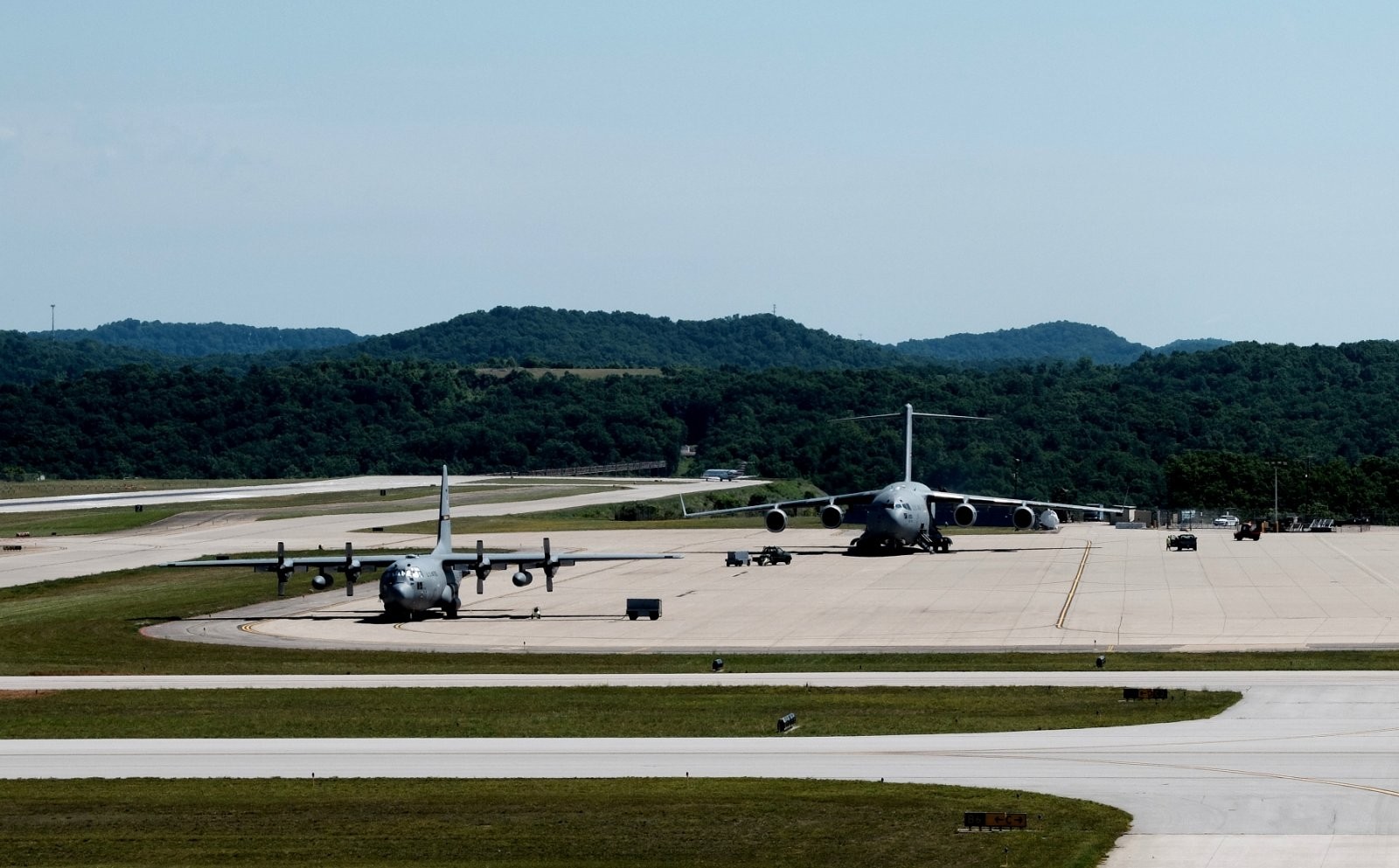 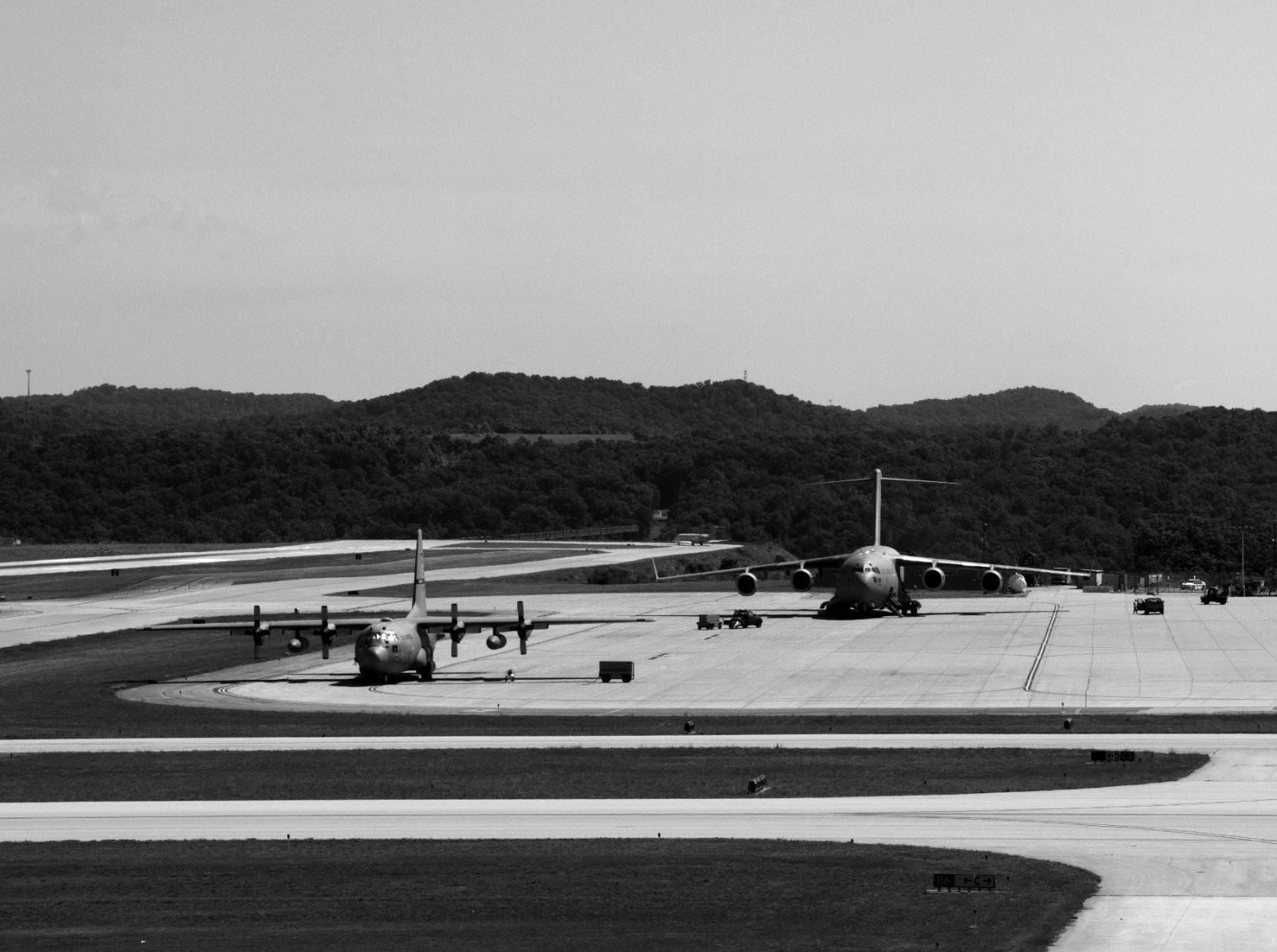 I'm not going to complain about these results. I didn't do any PP other than crop and a tweak to the contrast. 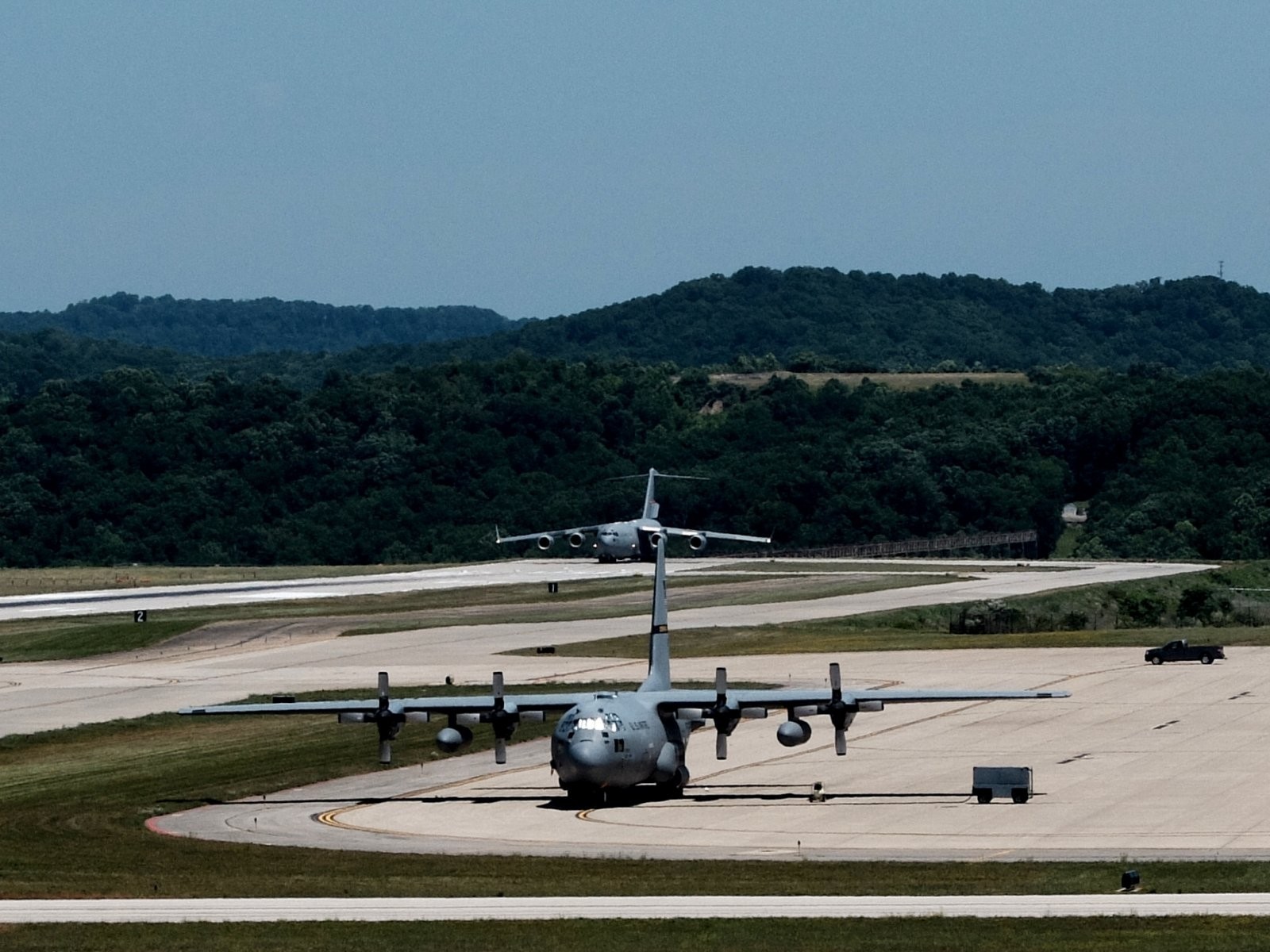 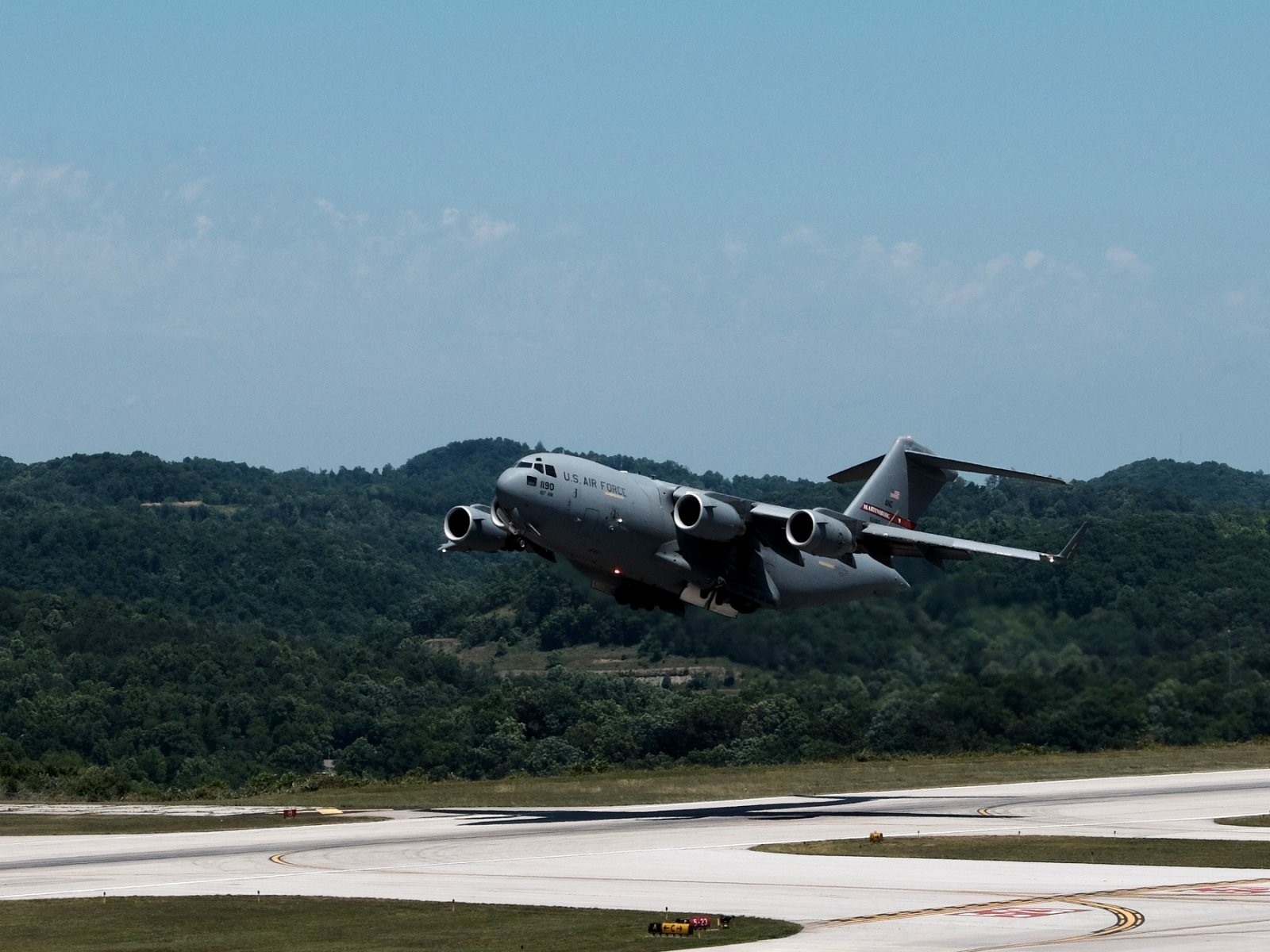 I can't wait to learn what you think after the weekend hike. Full speed ahead!

Although I do like what the X30 offers, it is not - in my eyes - a $500 or even $400 camera, yet used prices seem to be running at least that much, at least on Amazon. Since I had a $500 credit on my account, I decided to throw in a bit more and get a used X-T1 in very good shape with a money back guarantee. To be honest, I'm still somewhat hung up on the sensor size. The X-T1 is going to be my prime camera, especially since I have a couple of nice Konica primes and an x-mount adapter on hand. The X100 will be my semi-wide camera, or for those times I want to carry light. I know there are trade-offs, but I have spent a lot of time over the past week reading up on Fuji cameras. I wrestled mightily with size/weight/reach/utility/features, but in the end, the scales tipped to the X-T1. I could still see myself some time down the road getting a used X30 as a secondary camera if the price ever drops significantly.

I'm still going to carry the X30 on my weekend hike, enjoy it, and return it Monday. Thanks everyone for your input.

Amid all of the X30 listings on Amazon and eBay in the $400+ range (some even $500+), I found a silver one for $275, and grabbed it. This X30 is destined to be my lightweight grab-and-go camera, for those times when I want to carry a minimalist camera for casual outings. I was pretty pleased with the camera when I rented it, but didn't want to pay the current going rate.

TonyTurley said:
Amid all of the X30 listings on Amazon and eBay in the $400+ range (some even $500+), I found a silver one for $275, and grabbed it. This X30 is destined to be my lightweight grab-and-go camera, for those times when I want to carry a minimalist camera for casual outings. I was pretty pleased with the camera when I rented it, but didn't want to pay the current going rate.
Click to expand...

Fantastic! A great camera at the right price.
F

Yes Tony, it is a nice and compact camera. My main camera is the Pentax K1.

Well... how about this? I've been underemployed since last autumn and thus had purchased not one piece of photographic gear between then and now. But I was hired for a full-time position this week... at a place where I'd been freelancing since the spring.

Coincidentally (or not...) I stumbled across an eBay auction yesterday for a brand-new, unused X30. There were no bids... so I figured, what the heck? There were only a handful of bids after that... and I bid once more just before the close to win at an inflation-fighting $286.

So I'll be getting some real imprssions about the X30 myself.
Last edited by a moderator: Aug 26, 2016

Fuji Thoughts on the X30? (crossposted from Fujixspot)
2

R
Fuji My initial thoughts on the Fuji X-T1

Fuji Final thoughts on the X100S
2