So, I've had my EX1 for about a month now and have finally started using it regularly. The weather has been crap, but I've managed to take it on a few outings and am overall extremely happy with it.

A few things I really enjoy:

-The lens is just astonishing! Never seen anything but tack-sharp images, even at 1:1

Things that annoy me:

-No real community for Samsung folks. This is a great site, but outside of here there really isn't any good place for feedback or interaction. DPReview is..... DPReview. *shudder* 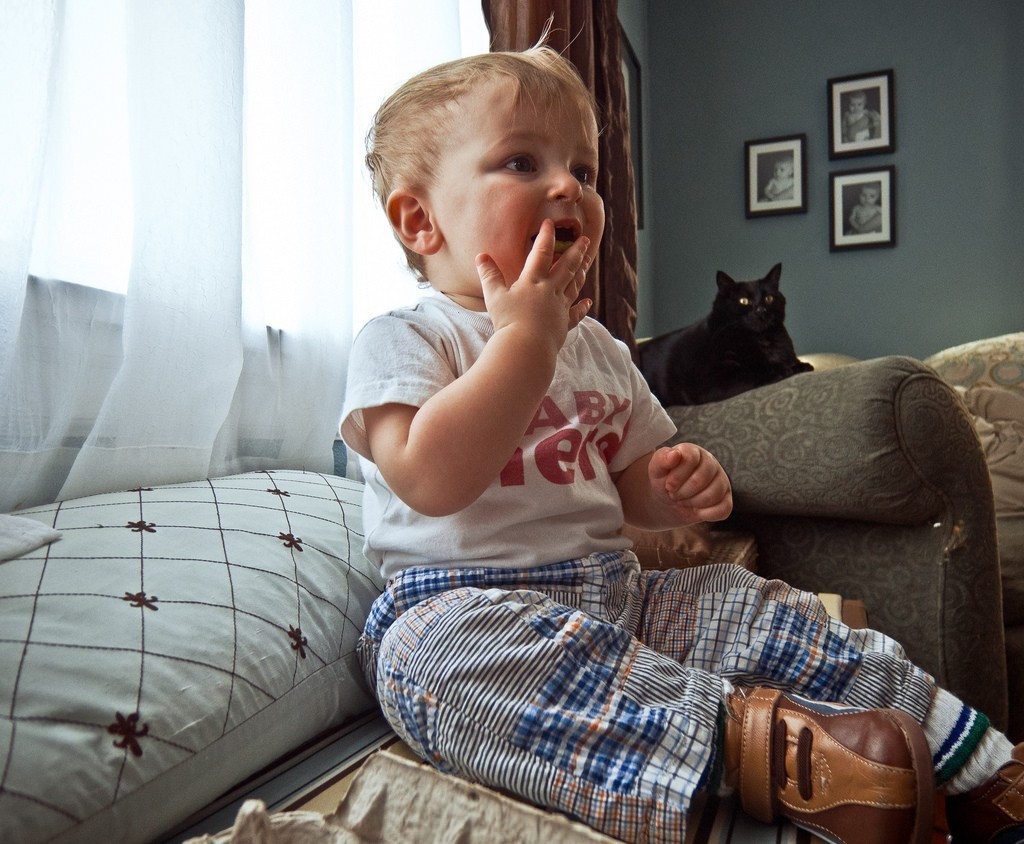 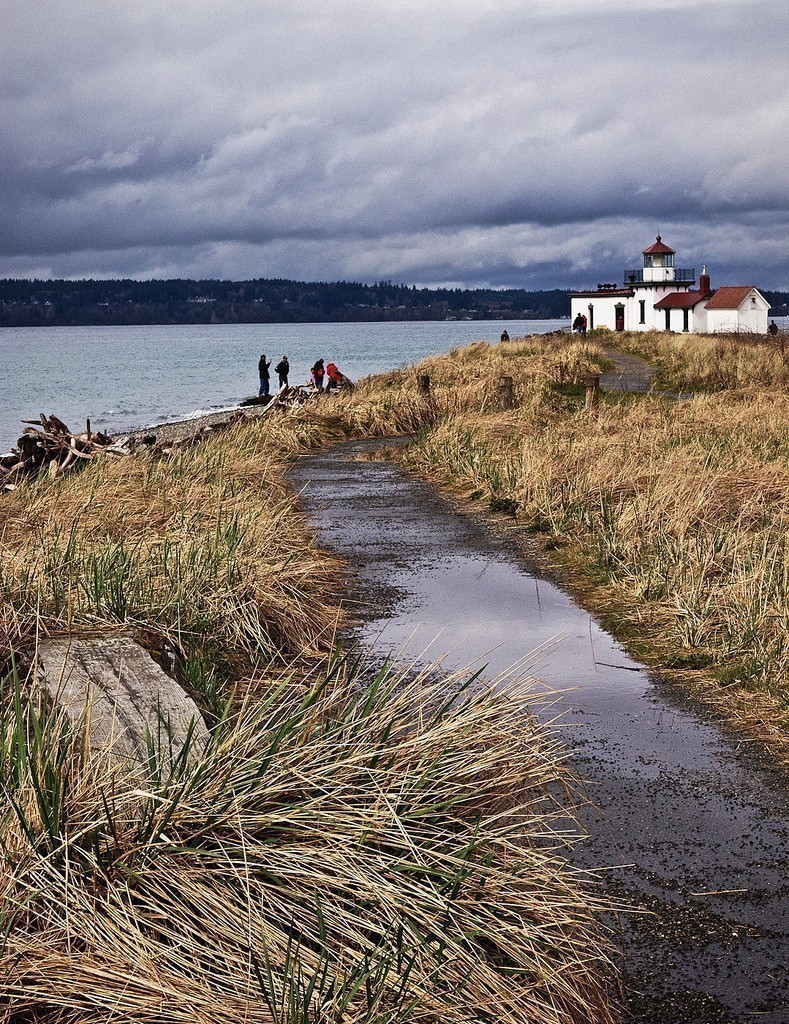 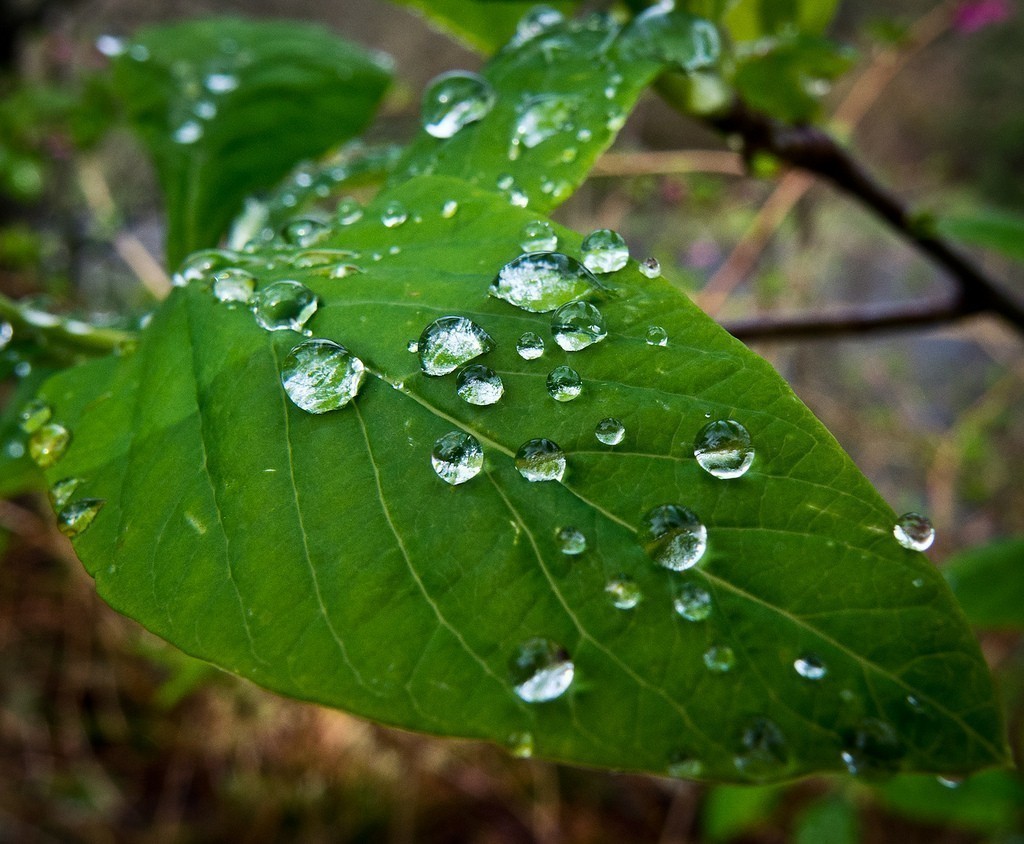 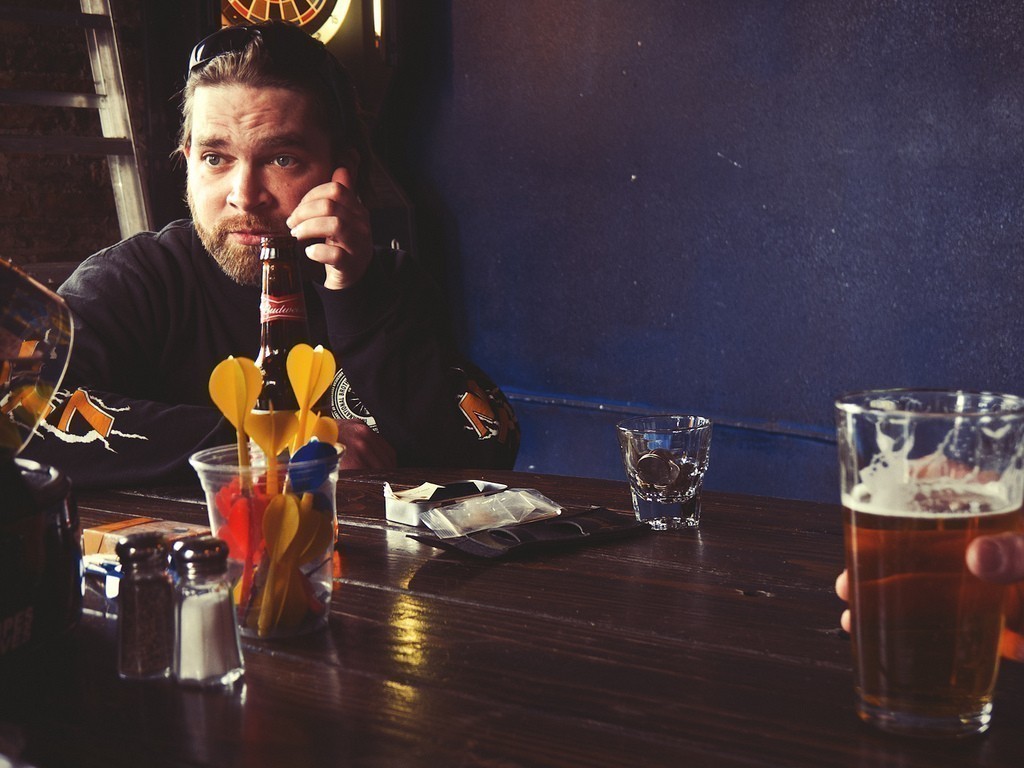 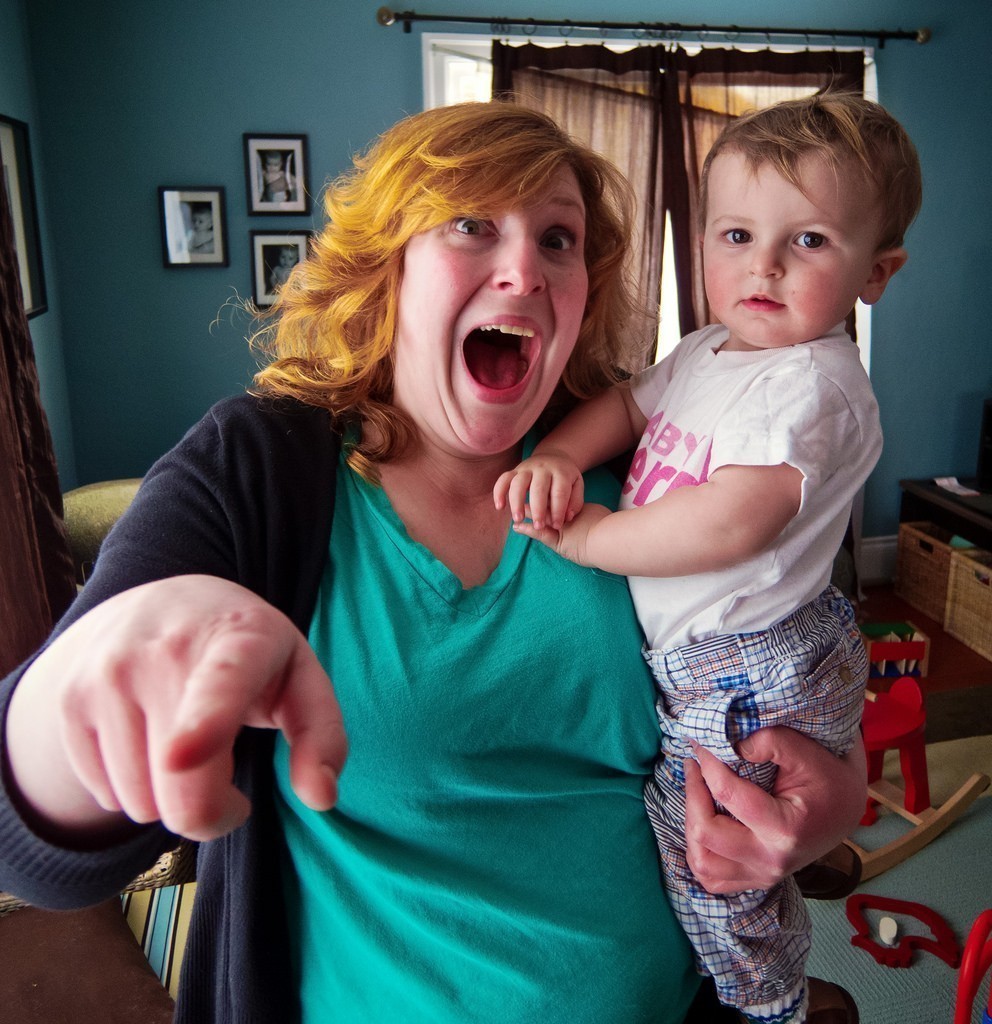 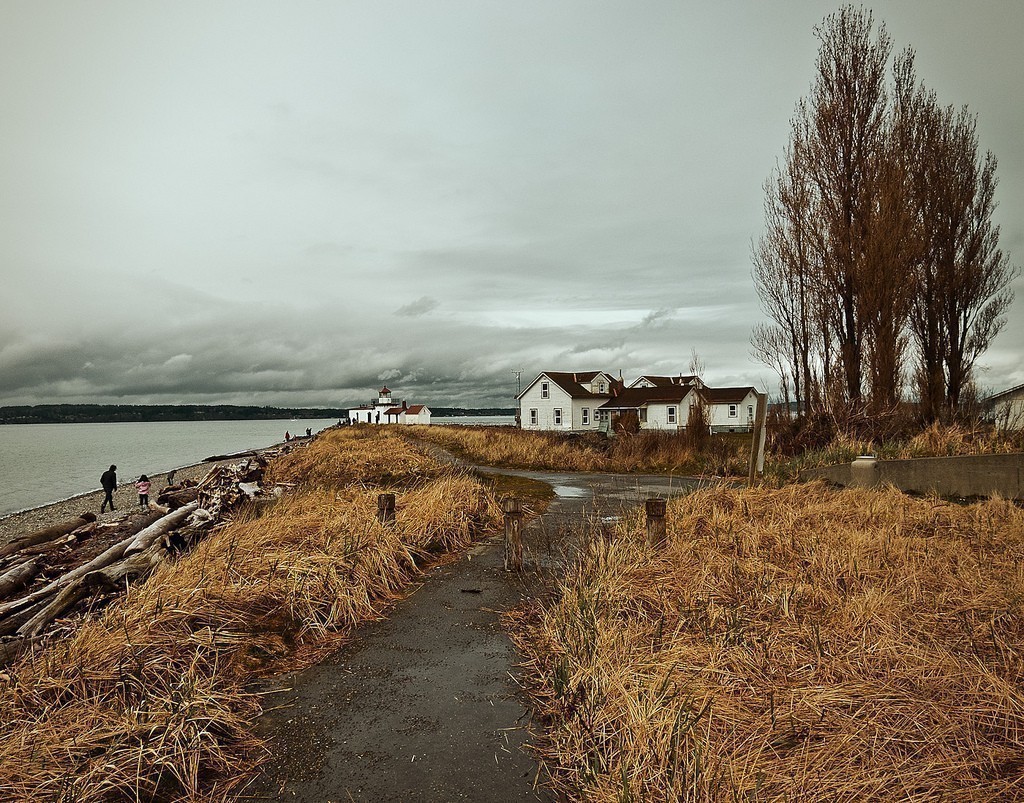 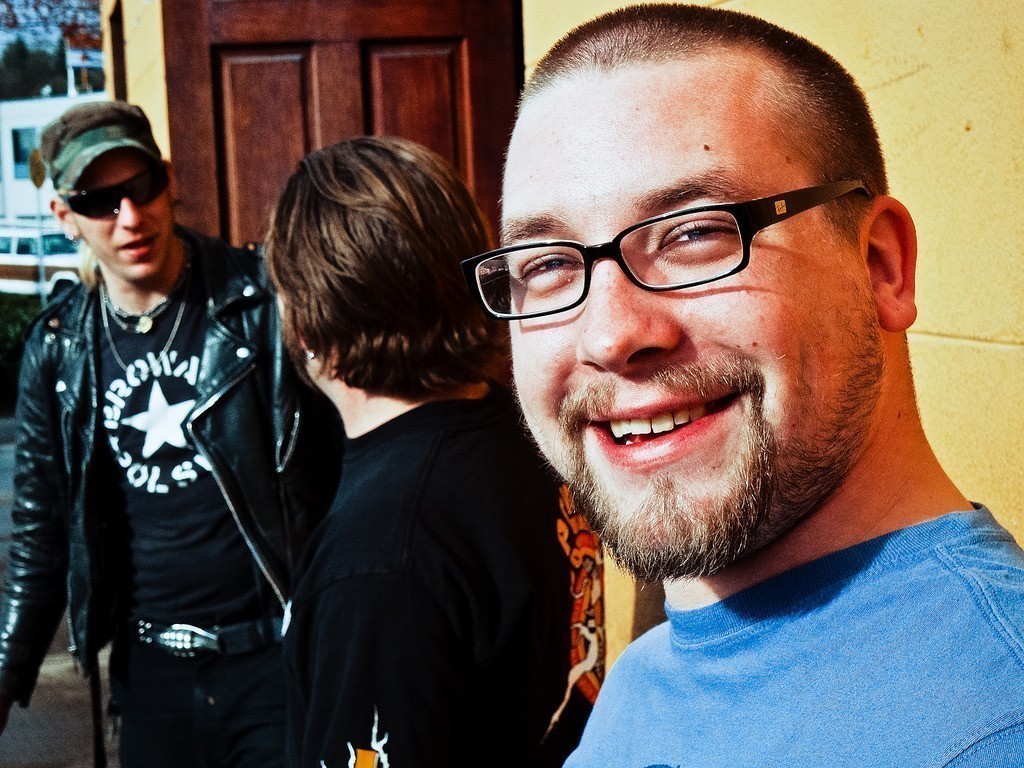 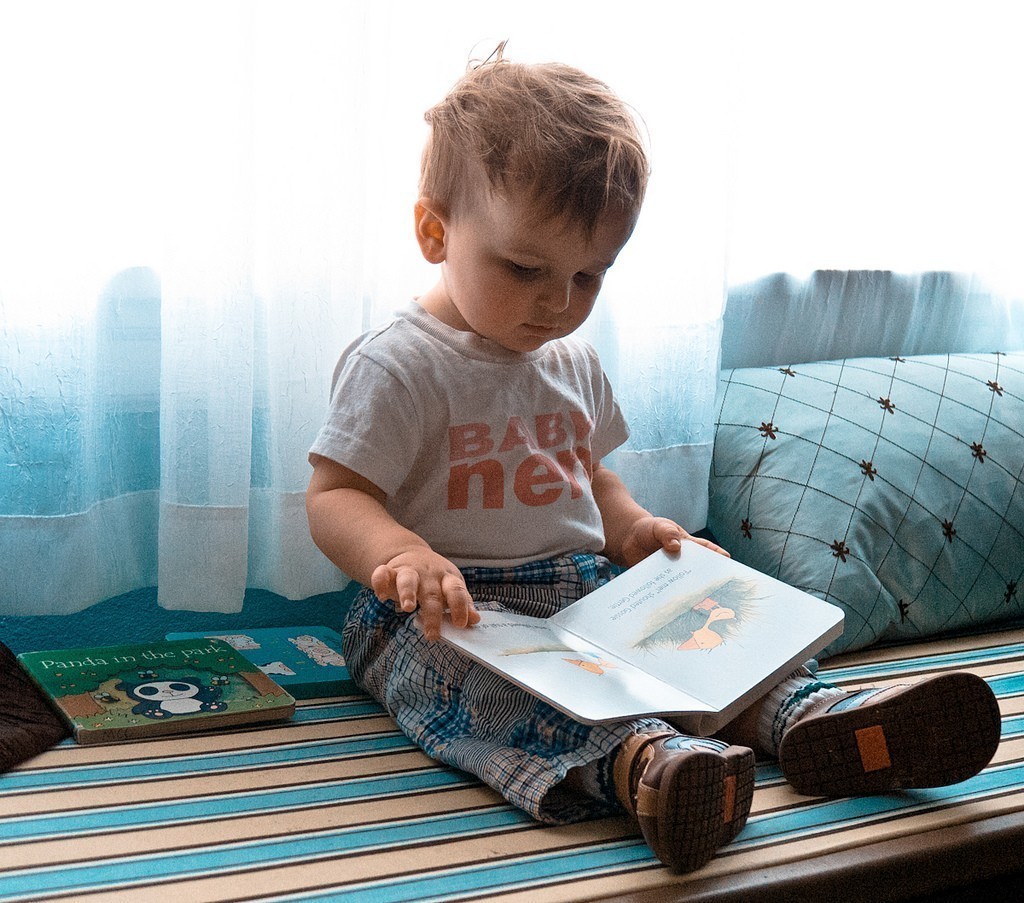 lattiboy, thanks so much for these - you've posted a really nice cross section here of different types of images. A wonderful sampling! Your son, if that's he, is awfully cute and such an early reader.

nice pics lattiboy, just one thought: i think the toddler #1 pix is a bit noisy on face and tshirt (even though exif says it's only iso 400)

p.s. i'm waiting for my EX1 to be delivered.. i hope it will satisfy me!
L

Ecio, I SERIOUSLY pulled up the shadows in that picture. Also, I did a lot of PP with the color. Don't worry! This camera handles highISO shots quite well.
E

lattiboy said:
Ecio, I SERIOUSLY pulled up the shadows in that picture. Also, I did a lot of PP with the color. Don't worry! This camera handles highISO shots quite well.
Click to expand...

Great shots there! I especially like the processing you did with the bar scene photo.

Can you elaborate a bit on RAW shooting? I know it takes awhile to write a RAW file, but wondering what kind of buffering system is in place. If so, how many images, what kind of lockup or delays you get, etc. Sometimes it's hard to tell what the actual shooting experience is, just from a table of time measurements in a review.

The only thing that has ever kept from getting a TL500 is lack of HD video. I don't need it enough to buy a camcorder, but I do want it for occasional clips of my kids. But the price and that lens (in RAW) are so appealing...
E

@madmaxmedia: i've not tried the camera yet (i hope i'll have it in a couple of days) but as far as i've read you cant shoot in RAW in continous mode (only single shot) and you can only shot 2 pics in a couple of seconds before the buffer being filled (it will appear a "processing message"). I think this is partially due to the size of Samsung RAW (20MB) and the SDHC speed (class 10 should be 15-20MB/s write). In Dpreview forum one fellow said:
"I tried RAW with single shot, and then pressing the shutter release again. It worked quickly for the second shot, and then the third one was prevented by the camera giving the message that it was processing the shot. But that didn't last too long before the camera was ready to shoot again."
In Dpreview review:
" Shot-to-shot time is around 1.8 seconds in single-shot shooting mode (Superfine JPEG), but slows down considerably if you engage RAW shooting.
In RAW, even with a fast card, shots can be taken after around 2.3 seconds but the effort of recording them means that, after four or five images, the camera then presents a warning that it's 'Processing.' At that point, you'll have to wait around five seconds for the camera to recover. Attempting to review images after such a burst can also yield the 'Processing' warning for up to ten seconds after you took your last image."
L

Ecio: I always shoot RAW. The main reason is the shadow recovery possibilities. Also, the WB and metering on the TL500 can be at times erratic (though no more so than other cameras IMO)

madmaxmedia: I'm using Class 10 Transcend 8GB cards which I tested at 14-18MB a second write time. It takes about 2 seconds to fully record the raw file. It's certainly not as good as LX3/5 or S90/95, but it isn't as horrible as a lot of people would have you think. If you're doing "action" shooting, jpegs are actually quite good (if you increase saturation and sharpness and shoot about -0.7EV) and you can burst shoot very quickly.

It's really stupid because the TL350 is able to bracket shoot. If Samsung hadn't completely abandoned the camera they could possibly improve this with a firmware update, but I also wouldn't have been able to score one for $235 off ebay

The video is really dumb, especially because it uses the same chip as the S95 (I think) which can shoot lovely 720p. Because of the cheapness of these cameras, you could theoretically get the TL500 and TL350 (which shoots AMAZING 1080 video and is a helluva camera on its own) for under $500. Something to think about....
M

Thanks for the info (Ecio too!) I generally don't care about 'continuous mode' (at least the kind where you hold the shutter down and snap 3 images in a row), I care a lot more about time between separate single shots. So if you can quickly re-focus and take a second shot then that's not bad at all. And I agree 2 seconds to record a RAW file is nothing (maybe other people used slower cards.)
L

Ecio, I wouldn't listen too much to a lot of these reviews. There seems to be a certain vitriol reserved for Samsung in the camera world. It's odd. There is some useful data, but I've shot under some very difficult conditions with this camera and had great results.

The shots with the baby (of which I took something like 200) we're done in natural light with a fast moving child. I was getting well over 40% "keepers" which when taking into account metering and focus challenges is astonishing. There is something quasi-Foveon about the images from this camera under the right conditions. For example the "toddler & lady" shot above was largely unprocessed. The out-of-camera shot had that lovely 3d feel and color rendition.

Also, I'm (sadly) a pixel-peeper. I used to own a Sony A900, so I'm used to some pretty amazingly detailed files. When taking into consideration the size of the camera, I'm often floored by the detail resolved, even in 1:1.
M

I previously downloaded some RAW samples at Photographyblog.com and was super-impressed by the image detail of the TL500. Other cameras such as GRD III and LX5 are similar class and also praised for IQ, but the TL500 RAW jumped out at me in a way the others didn't. Only thing I don't like about the camera is its JPEG processing- even low ISO the RAW's are better (pixel-peeping of course.)
L

One other thing I would add which might be construed as offensive to TL500 shooters is this: There are many more talented shooters with LX5s, S95s, and even GRDs. I think that really hurts a camera.

When I'm looking at buying a new camera I invariably search through flickr for some full size examples. Let's just say it's pretty slim pickings when you look at the TL500.

If this is offensive, please realize I'm including myself in the group of TL500 shooters on flickr
E

lattiboy said:
Ecio, I wouldn't listen too much to a lot of these reviews. There seems to be a certain vitriol reserved for Samsung in the camera world. It's odd.
Click to expand...


Yes, but we must also say that you can find on youtube biased reviews that seems to me (and to other) clearly fake: they are posted by users that have uploaded only one video but they are realized semi-professionally. This is an example: I really think this was Samsung pushing good reviews in order to gain interest on the camera.
E

EX1 finally arrived.. with a nice unexpected (no mention on the site) plus: a bundled Samsung Flash (SEF20A GN20) for free (100euro of flash ). I'll think about using it or reselling it..

Now i just have to wait for the SDHC that I ordered from another vendor and that should arrive tomorrow...

Great news, Ecio!! I can't wait to hear more and see more, too!

So Ecio, how's the camera treating you so far?
E

I charged it yesterday evening but had only internal memory so I shot only a couple of pics indoor. Today afternoon arrived my Transcend 16GB class 10 SHDC and so I did a dozen of shots walkin back home from the office: camera is nice, a bit weighty but I can deal with it (thanks to strap) and the handgrip seems acceptable for a prophan like me (except the fact that sometimes lcd movement is blocked by head strap and lens cap strap that are really near) amoled display is well readable. Talkin about IQ, I cant judge it yet because the pics i shot were (at most) average (but mainly because of me, I've seen here what this camera is capable of). I hope I could do some better testing in the weekend..

PS i've not tried Samsung RAW Converter yet because I'm on Linux but I've tried Photivo and it seems a nice program (it supports ex1 raw files thanks to dcraw but I think it doesnt know how to deal with the lens distortion).
L

Cool. Glad so far so good.

One thing that really helps me when shooting is to have the LCD flipped out to the left of the camera. Gives you a much better platform for shooting AND when you close the cover over the screen is protected. I just started shooting like this, but I can tell it's perfect for me.

Samsung software produces fine images, but it's horrible convoluted interface and sluggish performance make it... meh. I use Lightroom, but I've heard Linux has some great stuff.

Also, I convert EVERYTHING to DNG on import. No difference and quality and almost 50% smaller files.
E

lattiboy, I'm curious to see how the "Bar scene" and "Lighthouse 2" were before Postprocessing, but I dont know if it's a "forbidden" request ("something you should never ask a photographer" type of question ). So if it is, nevermind
E

Sorry for disappearing after the camera purchase, i have some tests i did in the past weeks. Is it possible to add photos directly from flickr?