Tourism (and its consequences)

Living in a town that is a major tourism destination in Switzerland (Lucerne) and being myself responsible for shepherding crowds through another capital city (Berlin) generally leave me in two minds about tourism and the increasingly common phenomenon of "over-tourism" (okay, the latter is a complete nuisance whereever it happens). However, tourists and their behaviour (which, mostly, I try to moderate within my own groups) force themselves onto me whenever I go into town - regardless of their interest, genuine or not, they manage to be in the way more often than not and make daily life considerably more unpleasant. In Berlin, at least in the past, you could pretty much manage without having to frequent major tourism locations - but now things are getting pretty tough in some parts of the city. In Lucerne, most tourism hits the heart of the old town, which in turn becomes much harder to access because of the crowds - and since many businesses and services are actually located there, that's a major issue for us locals.

Anyway, enough grumbling for now; here's one from today, which could be entitled: Another way of appreciating art ... 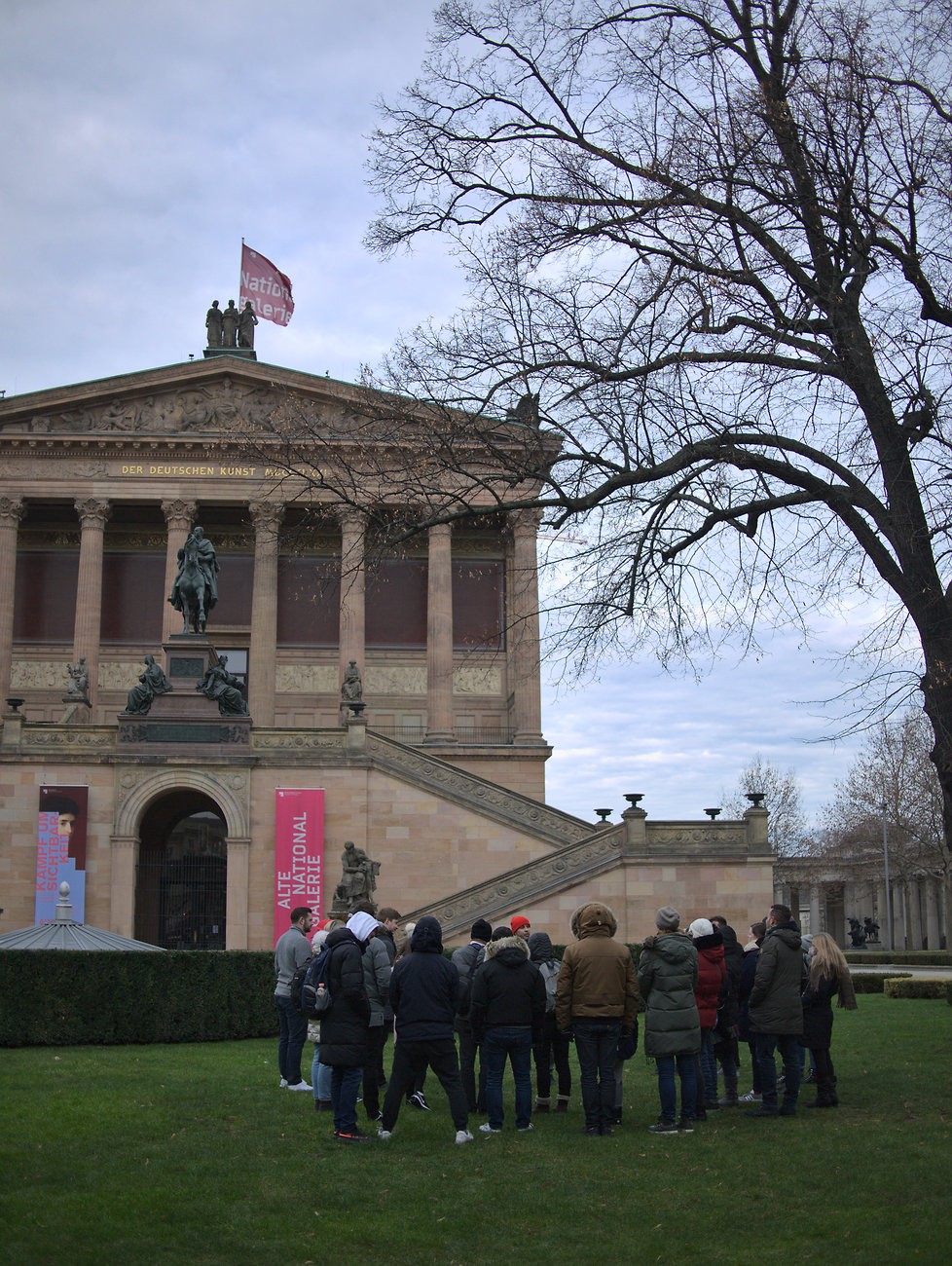 The town I'm in has switched from English (well, Canadian) back to Spanish in the couple weeks the Canadians have been gone. Holy Week is starting a n d the town has rapidly switched back to welcome Mexican tourists next.
That part is probably normal for any tourist spot; but the 10 high rises being built at the same time within a mile radius is the real bummer for me.