This weekend has seen the replication of a typical steam worked UK branchline on the South Devon Railway, the following photographs give a flavour of the period in the 1950's prior to closure of many such lines. These all show the first train of the morning from Buckfastleigh to Totnes, which might well have needed 2 carriages on market days. Sometimes one or two goods wagons were also attached to the rear of such services. The locomotive is a Collett designed 0-4-2 tank engine of the type that worked the passenger services on this line. 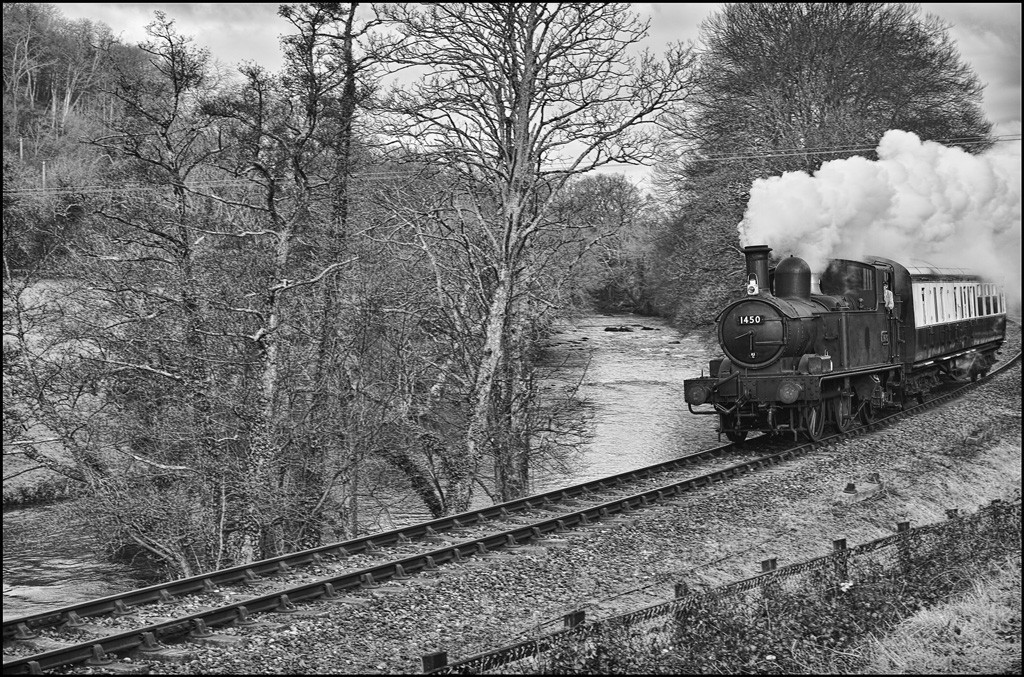 Running alongside the River Dart near Caddaford 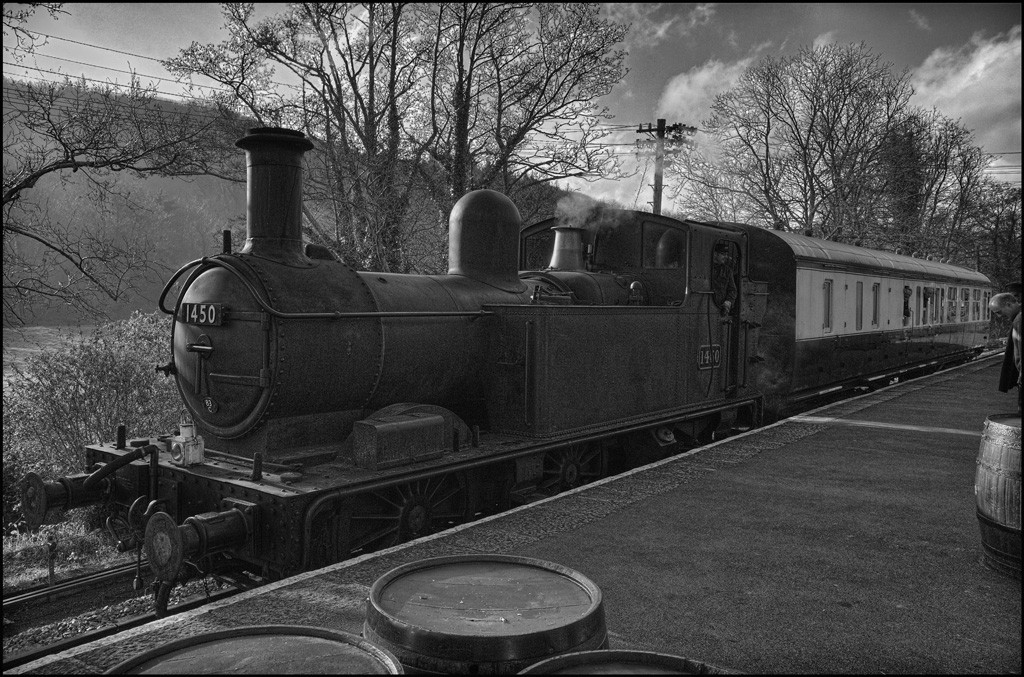 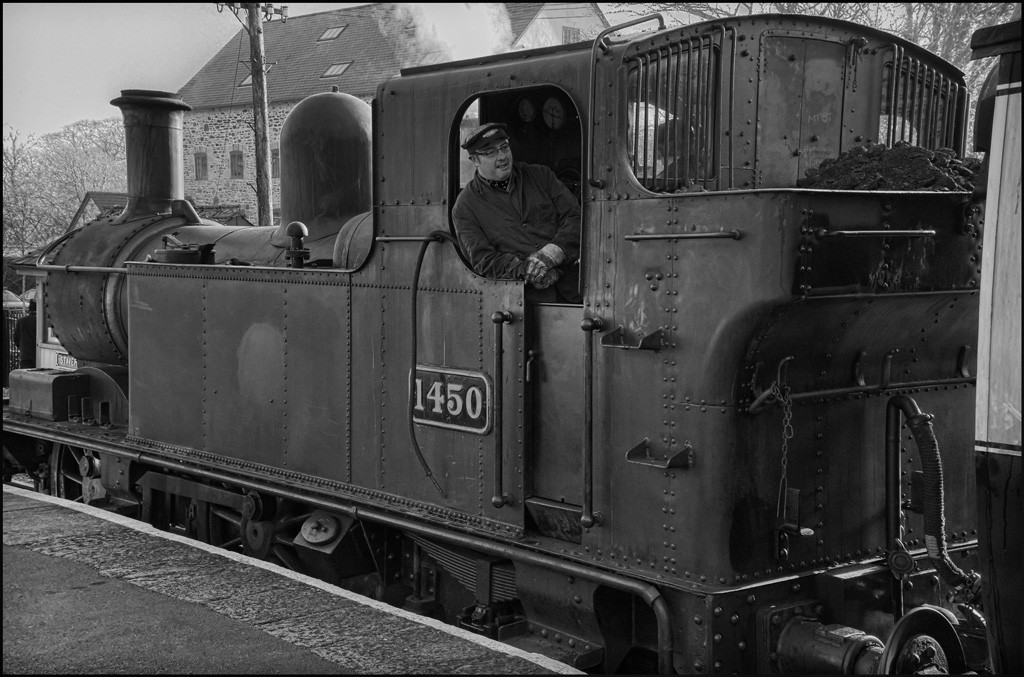 The driver awaits the all clear from the guard at Staverton 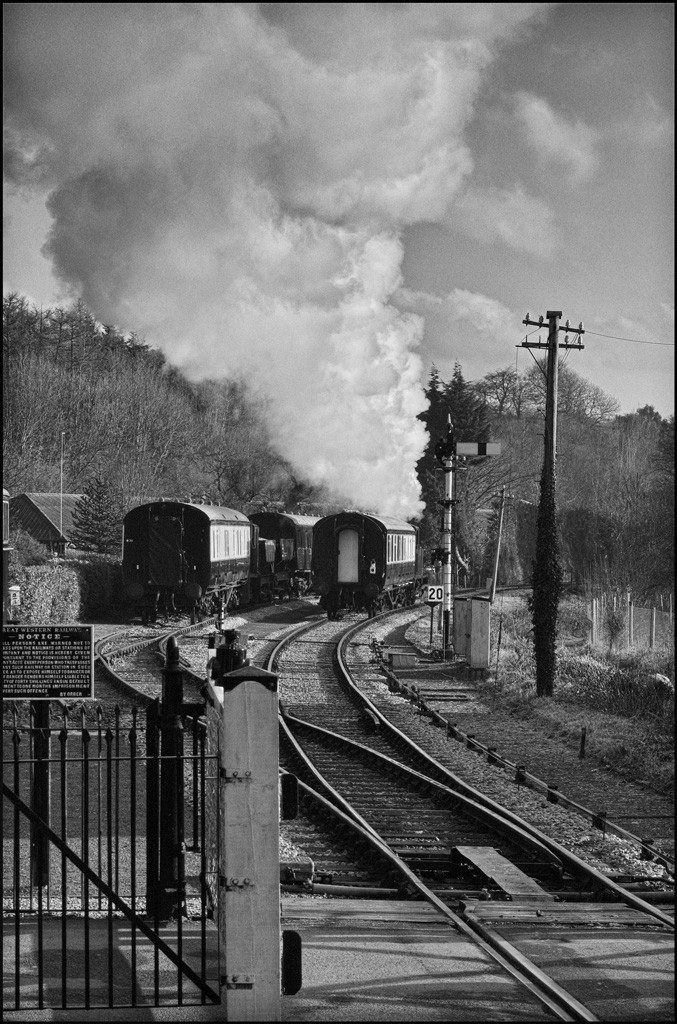 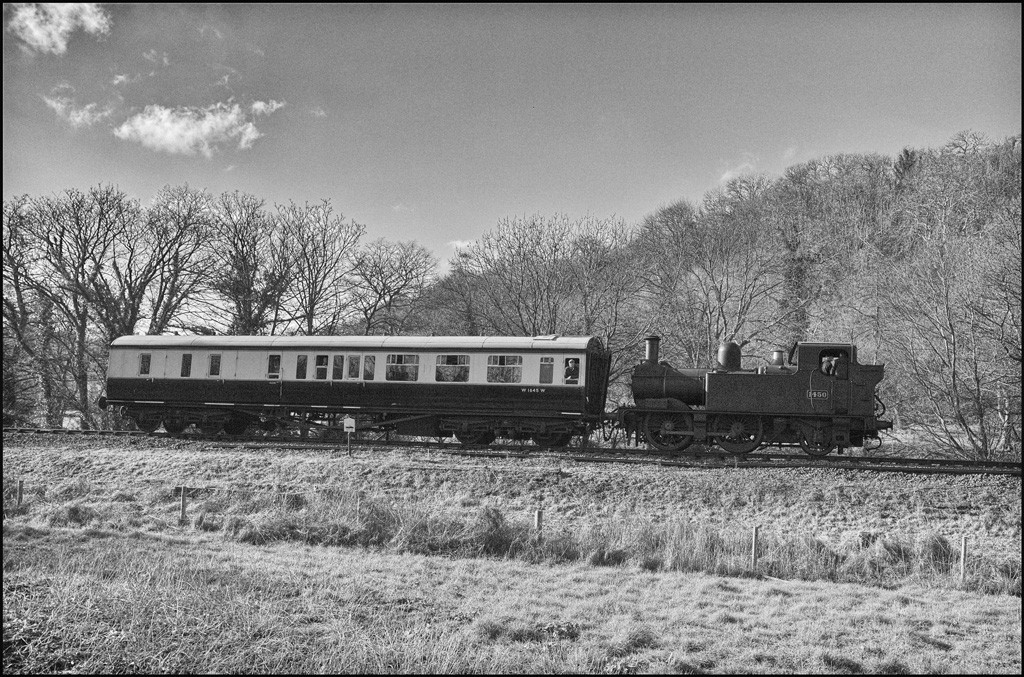