December 20, 2019, 06:36 EST: ULA launched a Boeing CST-100 Starliner crew capsule on an unmanned orbital flight test (OFT) atop the first-ever Atlas V N22 rocket as part of NASA's Commercial Crew program. The launch occurred from pad SLC-41 at Kennedy Space Center. Unfortunately, the capsule‘s engines did not fire at the correct time and it missed the space station.

My photo was taken from the shores of the Banana River, just west of A1A along state route 528. Post processing was done using Lightroom, Photoshop and Topaz Adjust AI. The cruise ship on the right is one of Disney’s boats docked at Port Canaveral. Passengers that were awake had an incredible view from the top deck. 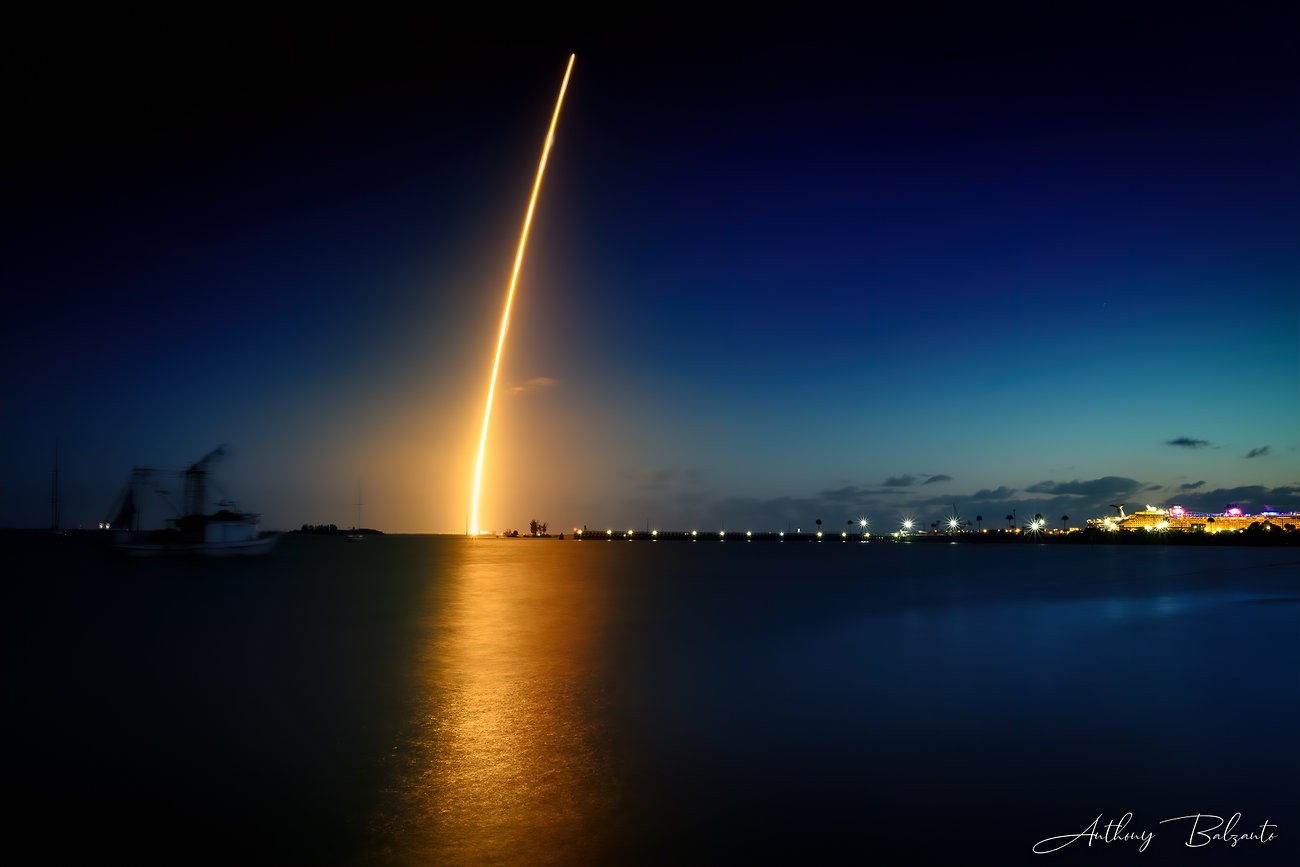 A famous lifeboat linked to a famous coxswain