Watching the trains go by

A gala weekend on the South Devon Railway with visiting engines and some demonstration trains. 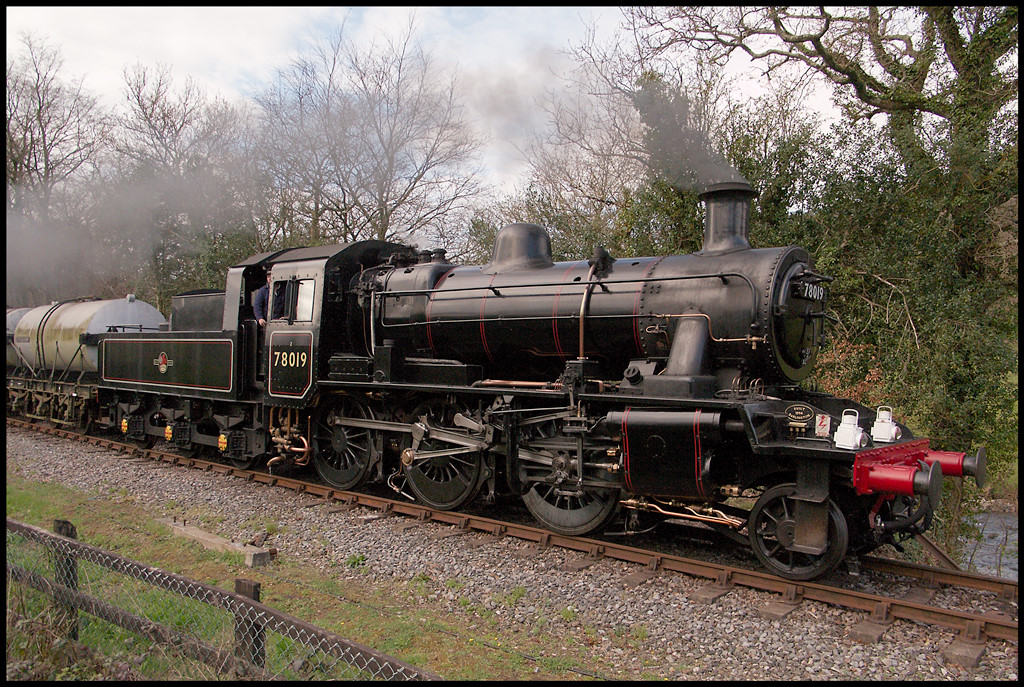 The early morning milk train near Caddaford heading towards Buckfastleigh 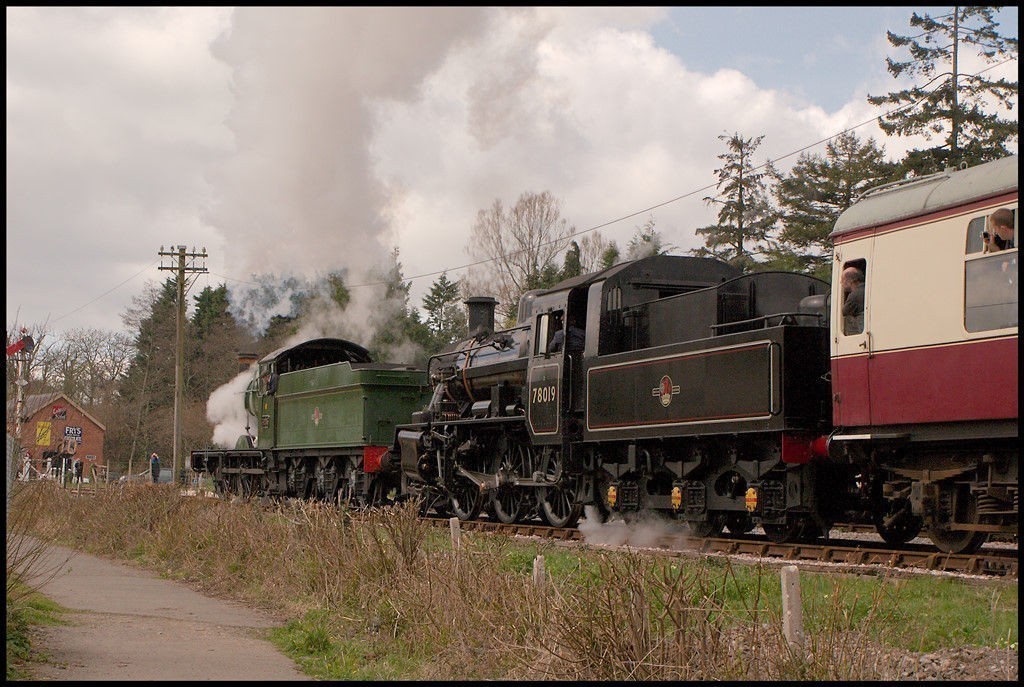 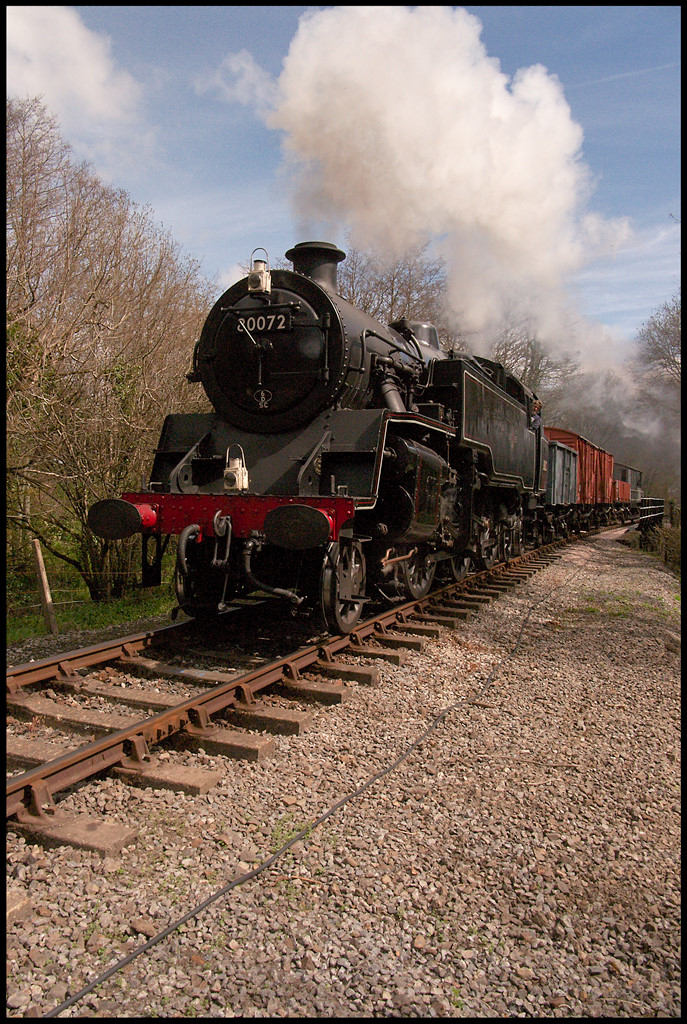 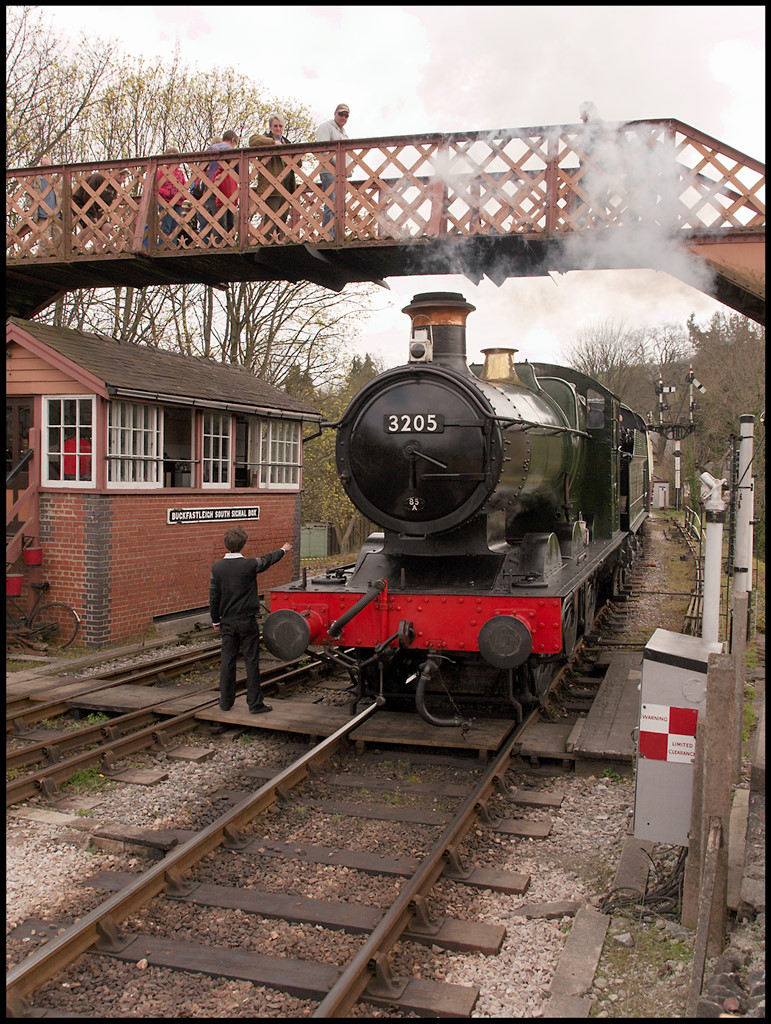 A passenger train entering Buckfastleigh with the signalman waiting to collect the token from the driver. On single lines a train in one direction will carry a token between signal boxes that interlocks points and signals and prevents the signalman from allowing a train to depart in the opposite direction until the other one has cleared the section, thus preventing head on collisions 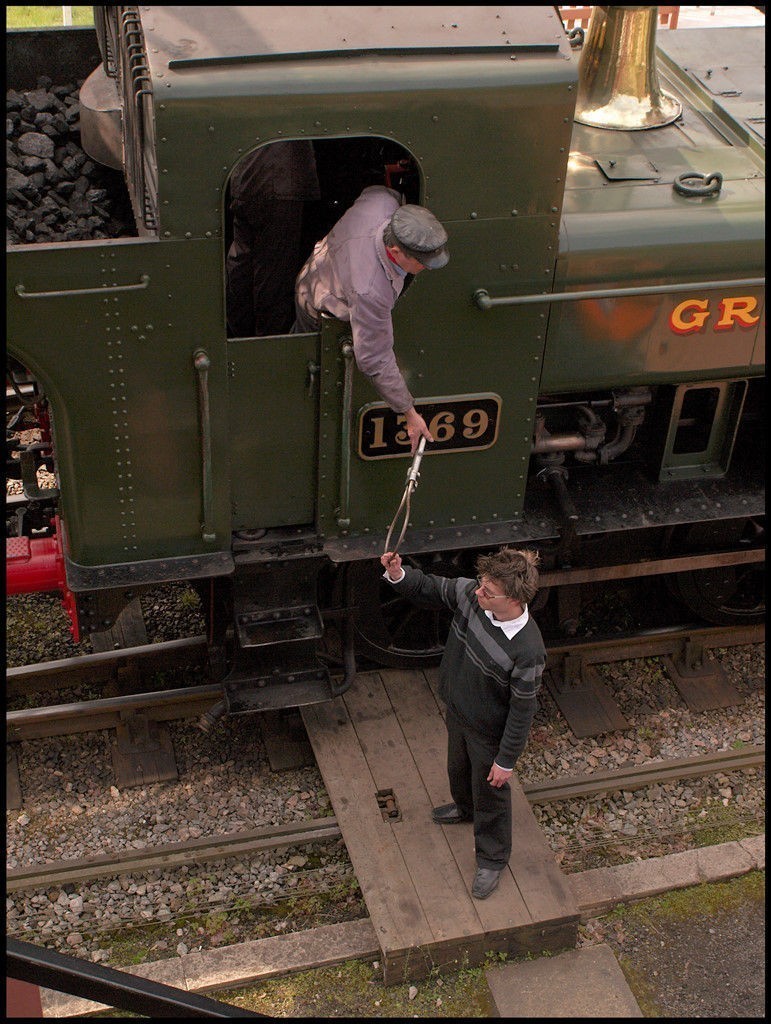 The Buckfastleigh signalman collecting a token from the driver. The train is moving as he does this. Likewise the driver of a departing train will pick up the token as he moves off 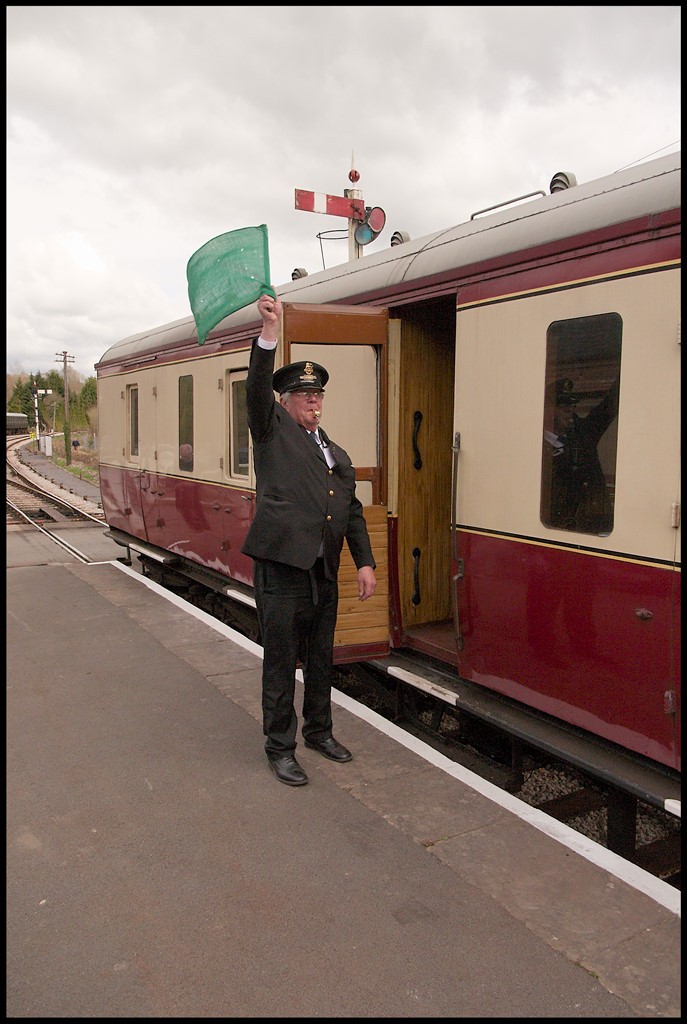 The guard gives the all clear to the driver at Staverton. The guard has overall responsibility for the running of the train.

Don't they look wonderful. I really like the pics of the token exchange.

Very nostalgic photos; I think I've been on that railway a few years ago when staying in Devon with my cousin. I just love steam trains.
P

Lovely, just lovely. I am a fan of the way things are not only preserved but still used in the UK.

Very cool! Our trains here in Texas are blah.

Reminds me of the train to Hogwarts! It's just missing the train station. And kids. And more passenger cabs.

What an amazing series Barrie. #3 deserves to be printed large and hung high my friend

A great nostalgic journey back in time that reminds me of my time as a child spent in the signal baox with a family friend - the smell of grease and clunk of levers engaging, bells and also the smell of steam.

the token-passing image is the pick for me

pdh said:
the token-passing image is the pick for me
Click to expand...

Paul, an element of luck with the timing for that shot

, it can only be a second when both the driver and the signalman have their hands on the token.