Bumping my old thread with some pics from yesterday. I spent nearly 3 hours hugging a cliff line to reach Upper Craig Branch Falls, said to be the highest falls in the Gorge. For scale, the boulder at the base of the falls is the size of a car. The other two pics show the "trail" I followed to get to the falls. I did not return that way. I knew there was another trail about 1/2 mile below me, so I just followed Craig Branch down the steep slopes of the Gorge, carefully zig-zagging from tree to tree as I descended. Despite the difficult descent, I shaved over an hour from the return trip to my car. Returning to one of my favorite stomping grounds, I took the MFT gear on one final outing before boxing for shipping out. Lots of water in our streams due to prolonged rain this week. I didn't get an image, but there were many gulls swooping and screeching over the swollen New River at the mouth of the New River Gorge. Don't know what that was about. Wolf Creek. Following the creek downstream from above the foot bridge. Images 2 & 3 are standing in the same spot, looking upstream and then down, and #3 is looking down right over the top of the falls. Wouldn't want to go over the top of that! 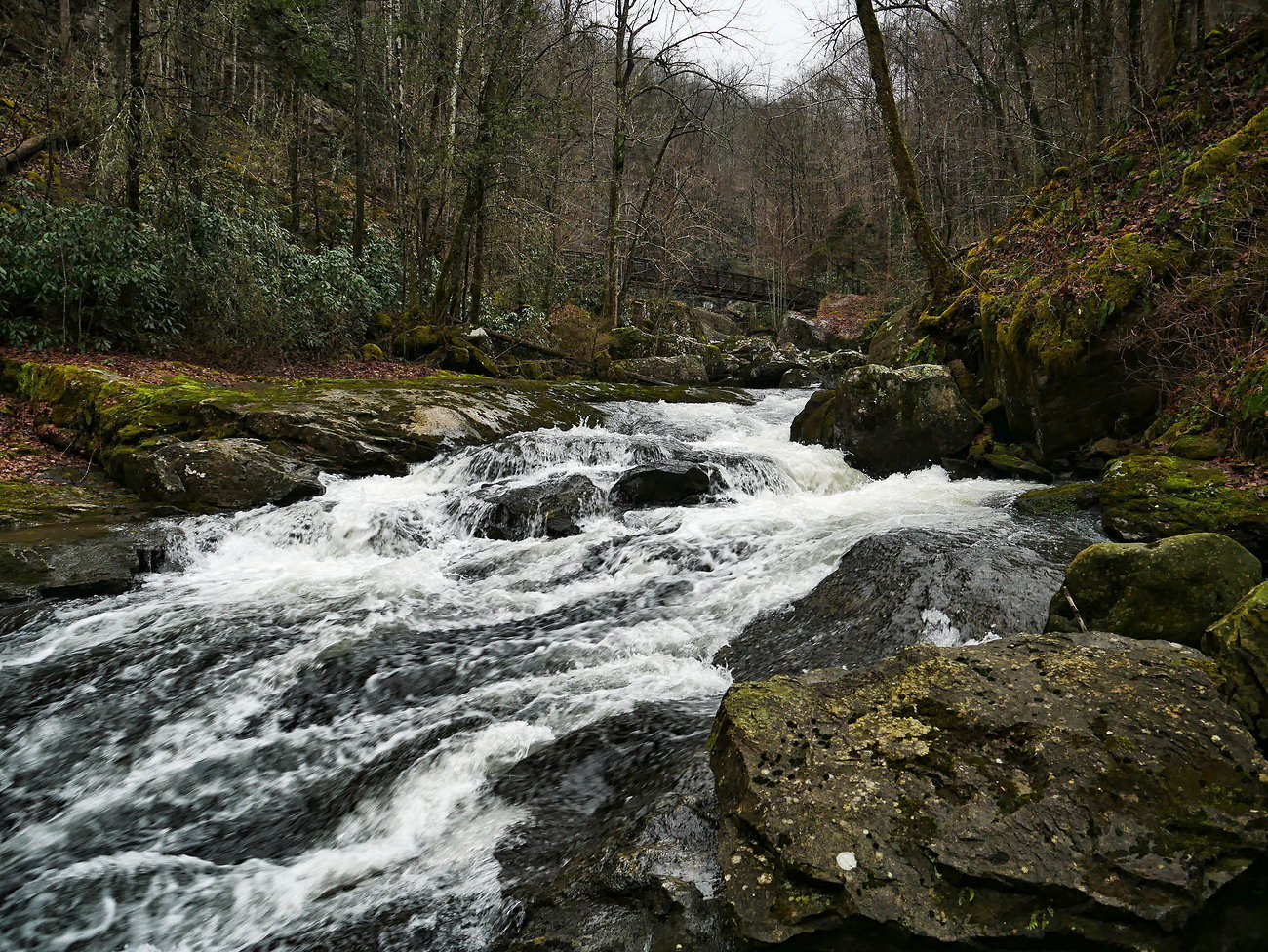 Marr Branch. First time I’ve ever trekked along the trail on the north side of the stream. It led me to some perspectives I haven’t seen on this stream before. The waterfall in image #2 is the same one in the top of #3. I tried to follow the trail and the stream farther down into the gorge, but I came to a point where the hillside appeared to be slipping, so I turned around rather than risk it. That looks like a long and sore day Tony, thanks for posting.

rayvonn said:
That looks like a long and sore day Tony, thanks for posting.
Click to expand...

It was just a bit, Ray, but the long hot shower afterward helped ease my almost 60 year old aches.

Beautiful. I want to go there next year. Open to the public?

Tim Williams said:
Beautiful. I want to go there next year. Open to the public?
Click to expand...

Indeed it is. You'll need a guide, because there's a huge area to explore. There's a lot of it I still haven't seen, and I go there a lot.

A few from a 9 mile trek through Babcock State Park today. There was some serious whitewater on Glade and Mann's Creeks, but their gorges are so steep and deep and the foliage thick, so distant glimpses through the trees were all that were possible.