A while ago we went to an area where in the late fourties, fifties, sixties and even early seventies scale models of all kind of waterworks were built.
With the arrival of powerful computers, these scale models weren't necessary anymore, so they were left there to crumble. In the early nineties the area was acquired by an environmental organisation (Natuurmonumenten). The first idea was to let nature take over, but after a while these models ware declared national heritage.
In the early seventies this wall was built to obeserve the behaviour of waves. People we standing behind those little windows to watch. 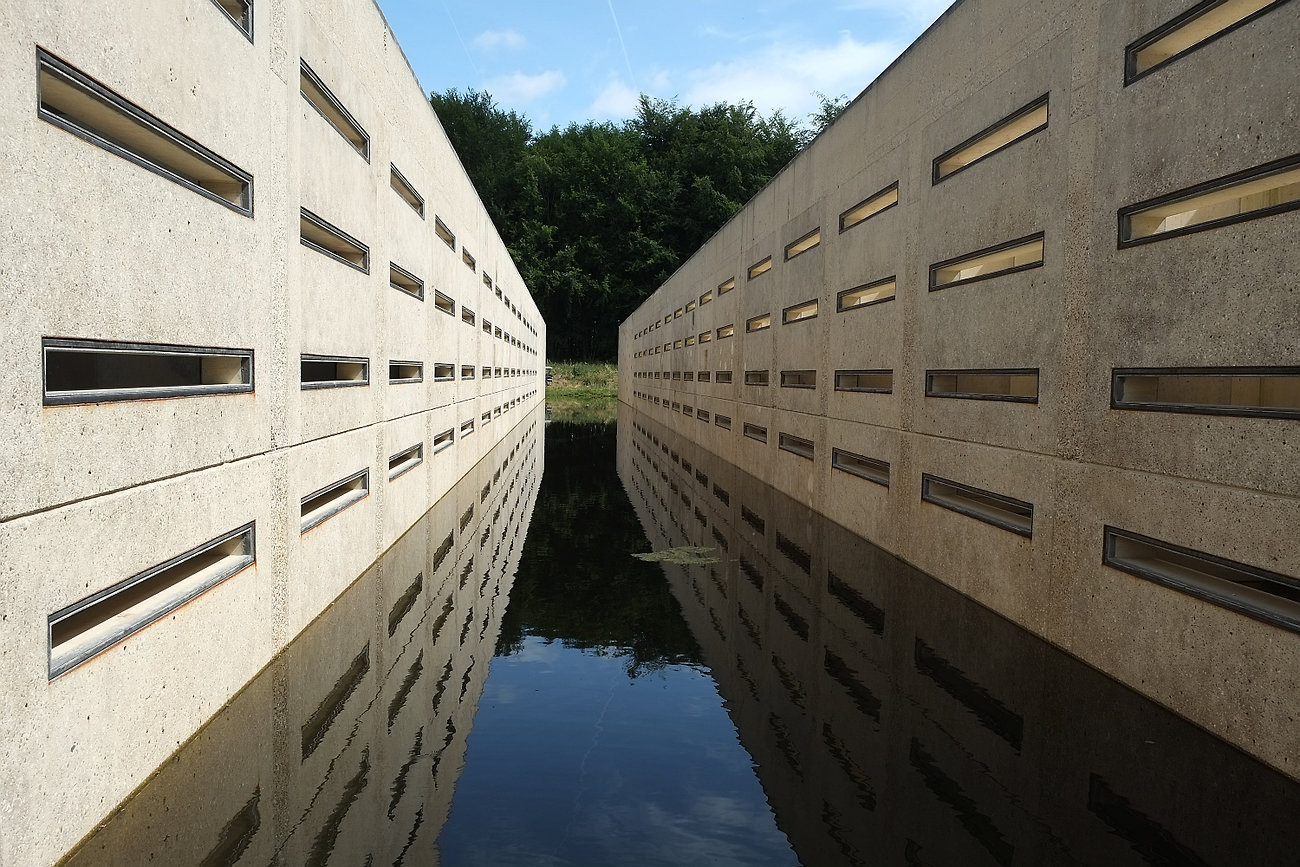 To invite nature to take over, some segments were cut out. Also to show how thick these walls are: 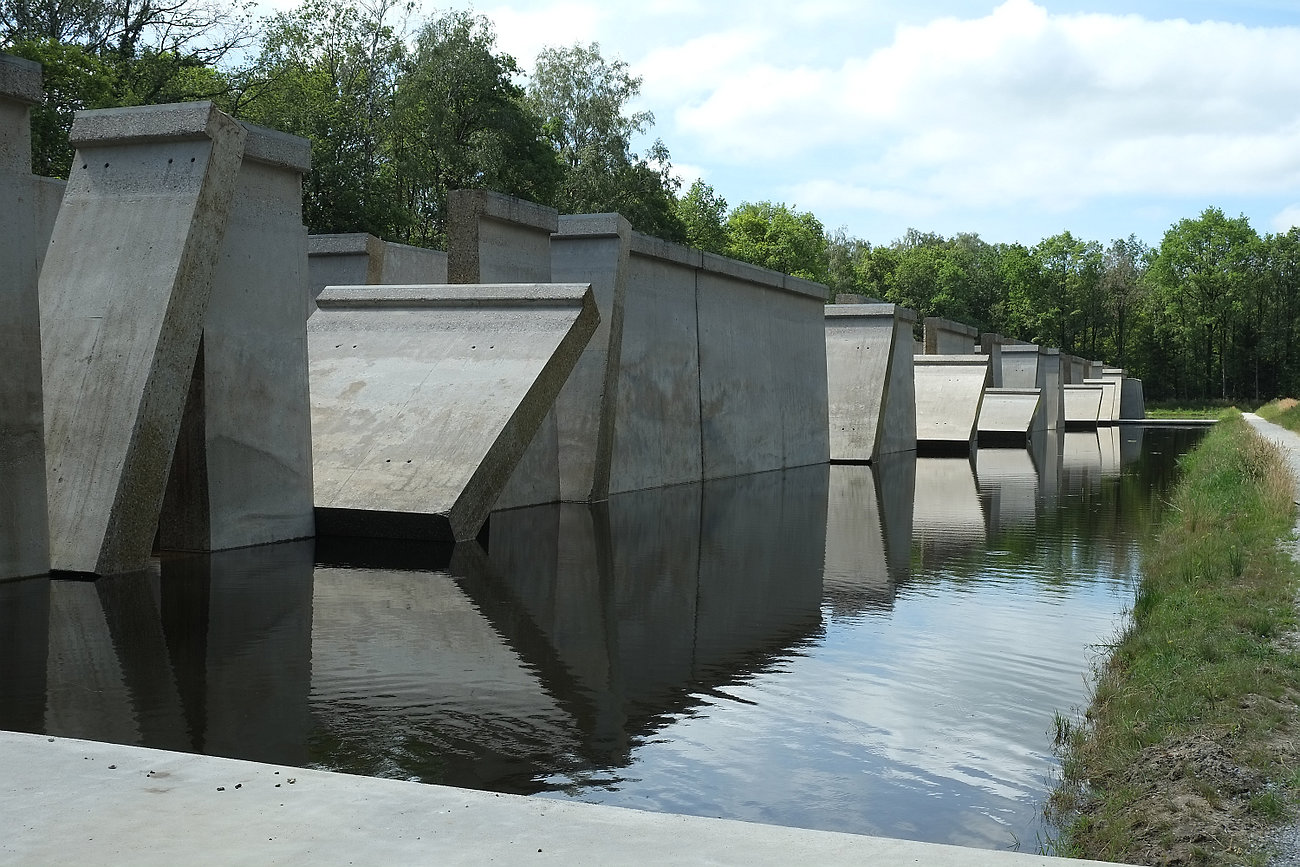 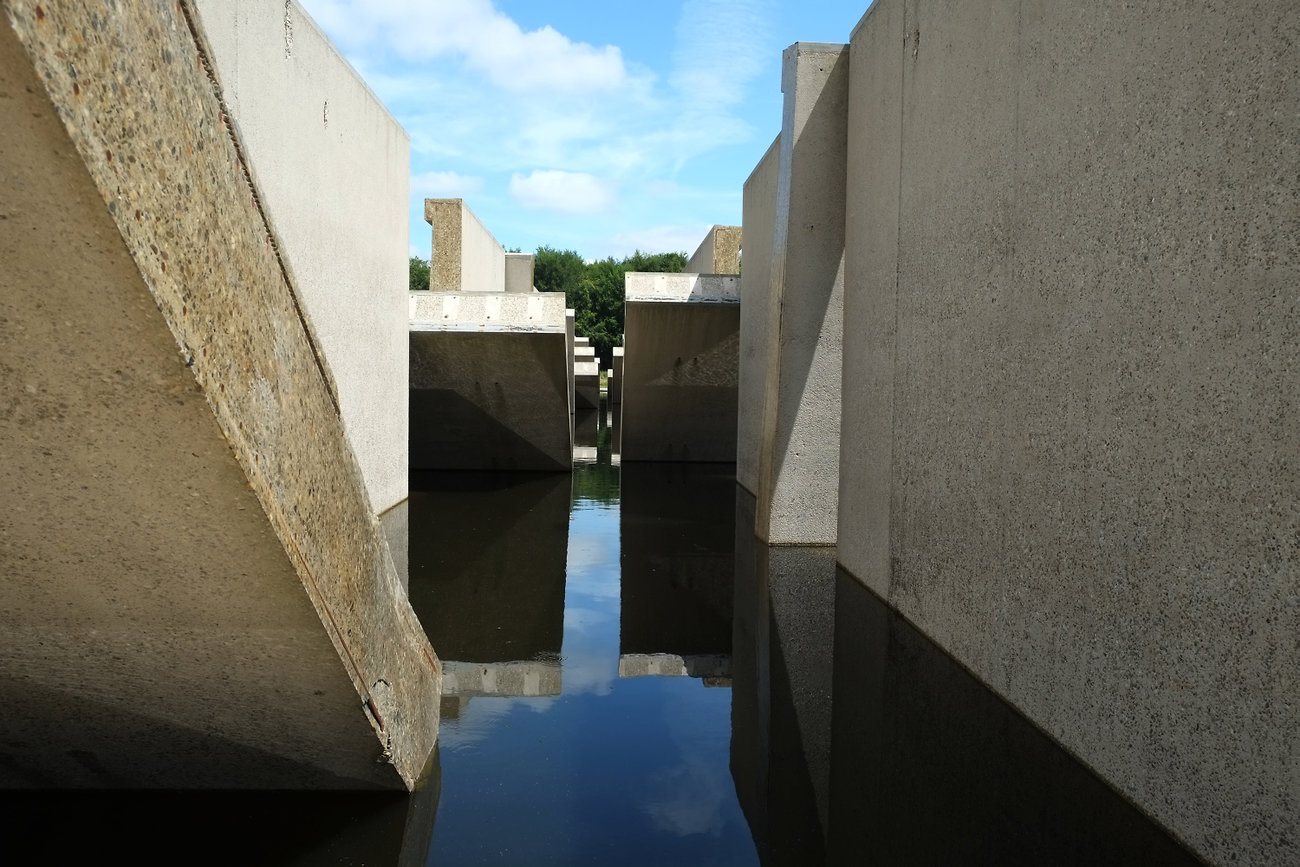 Here's a row of wavemakers. There are around fourty of those machines there. 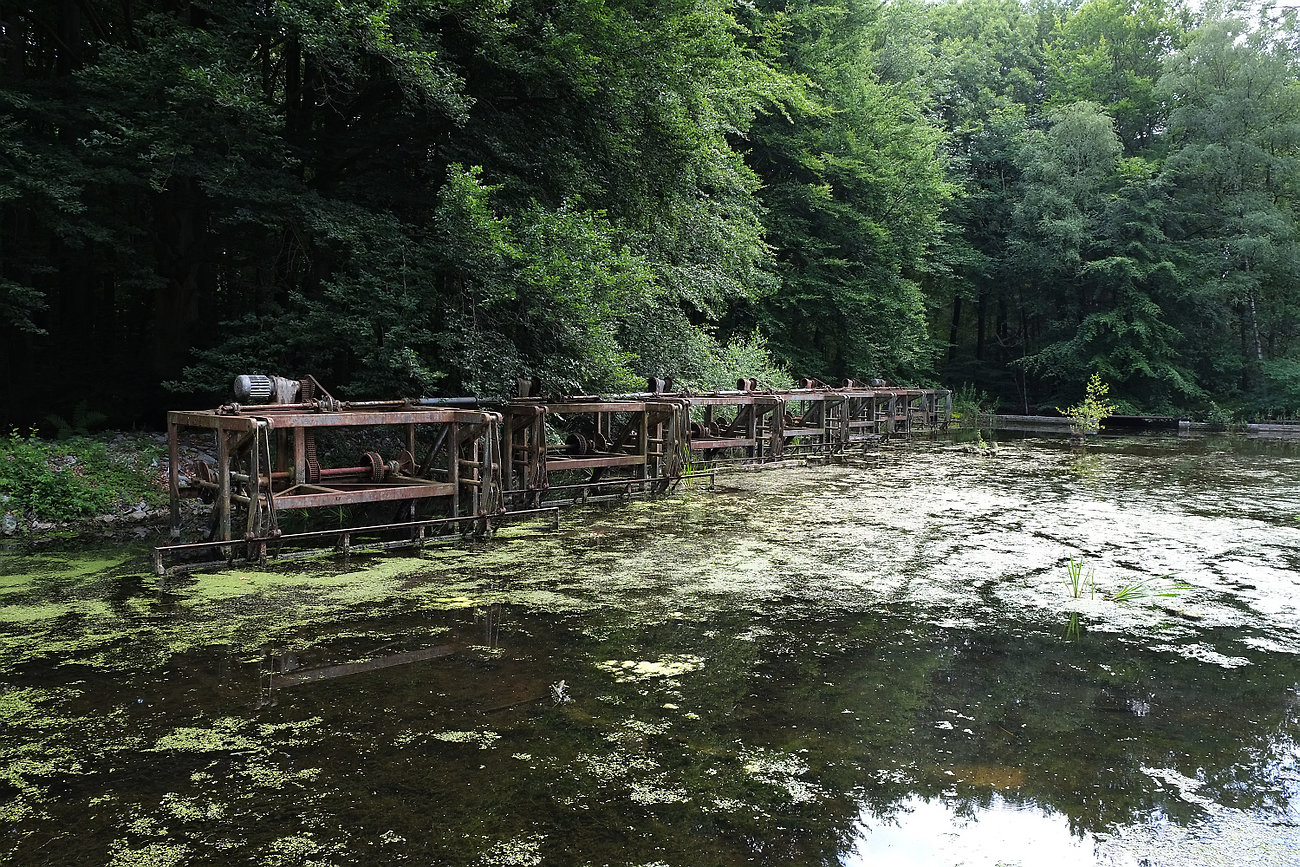 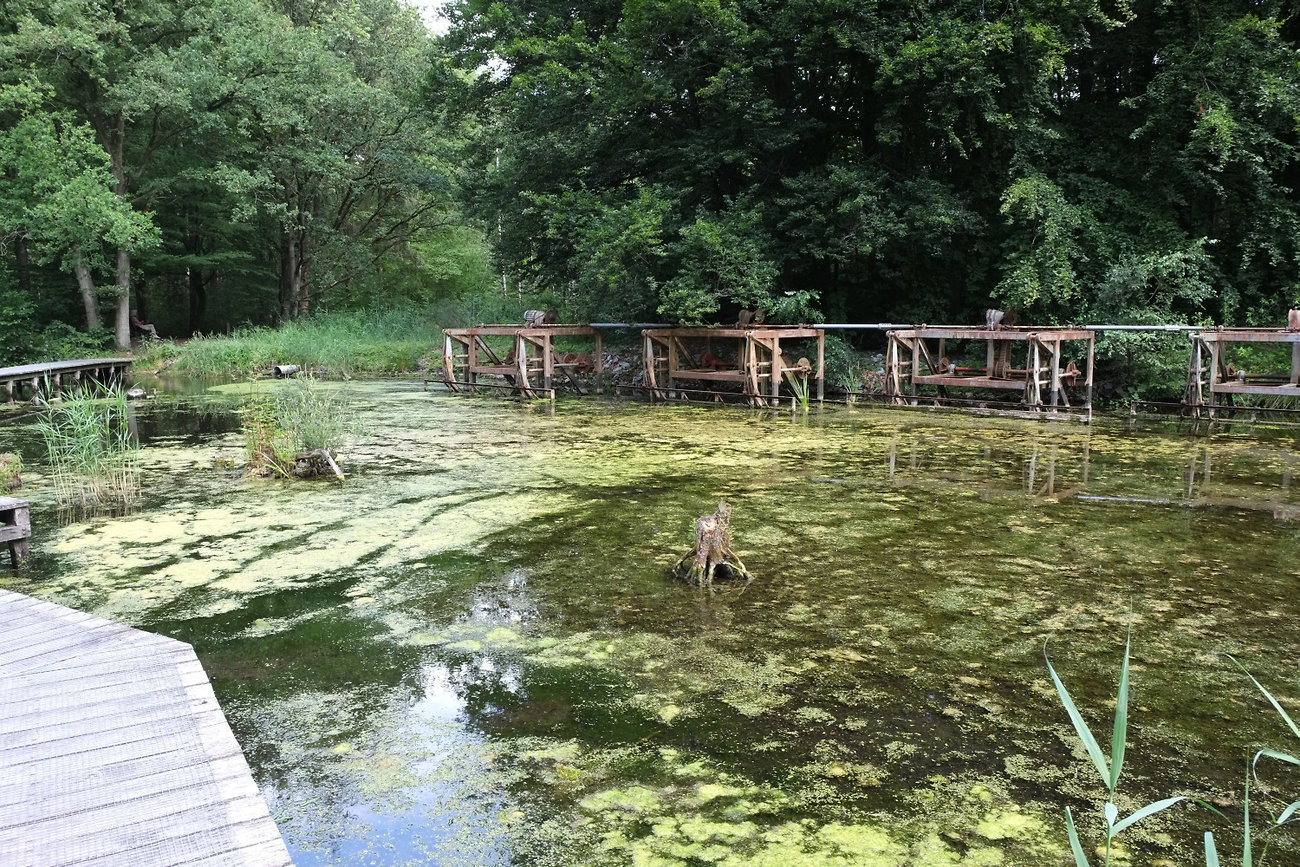 Here's a detail of one of those wavemakers. Here the amplitude of the wave can be set: 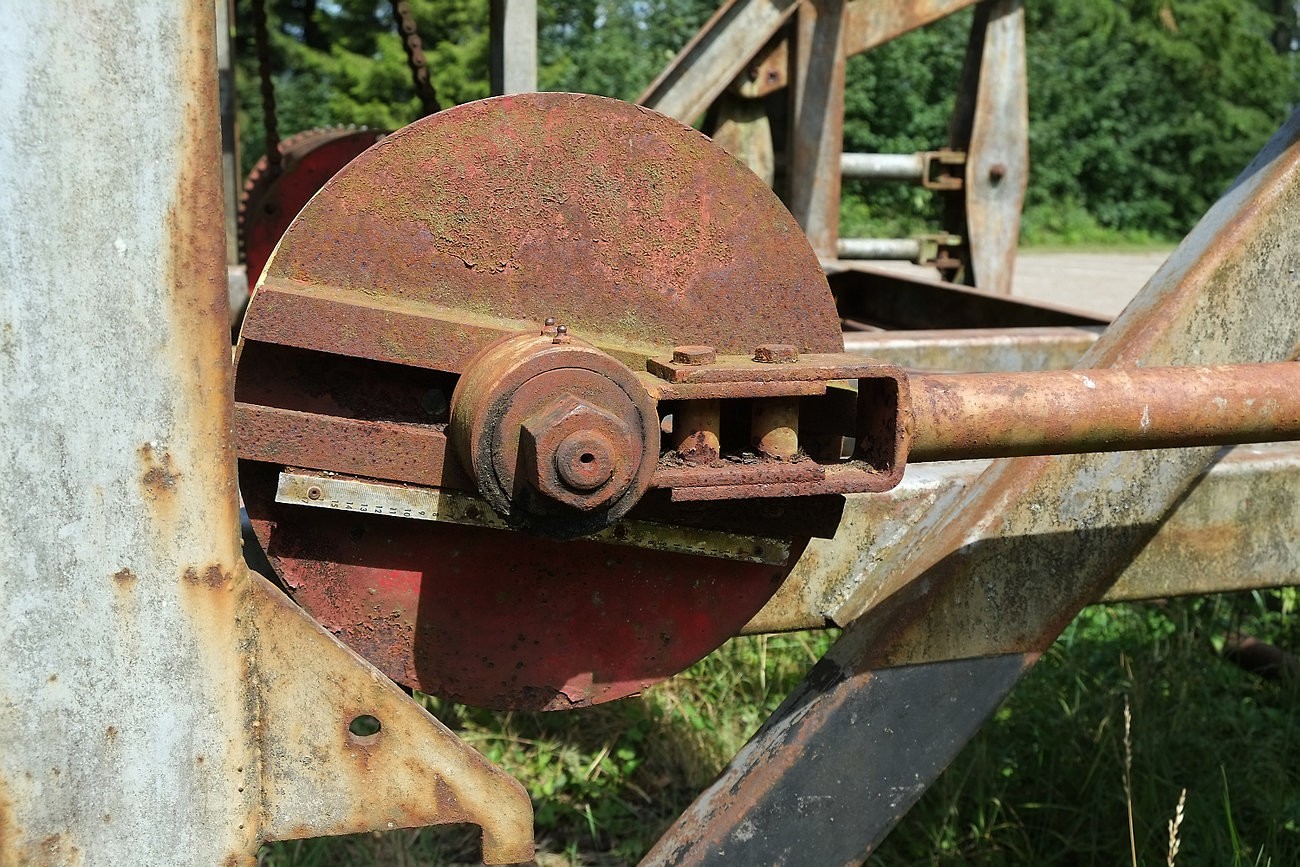 Here some of those machines are restorated: 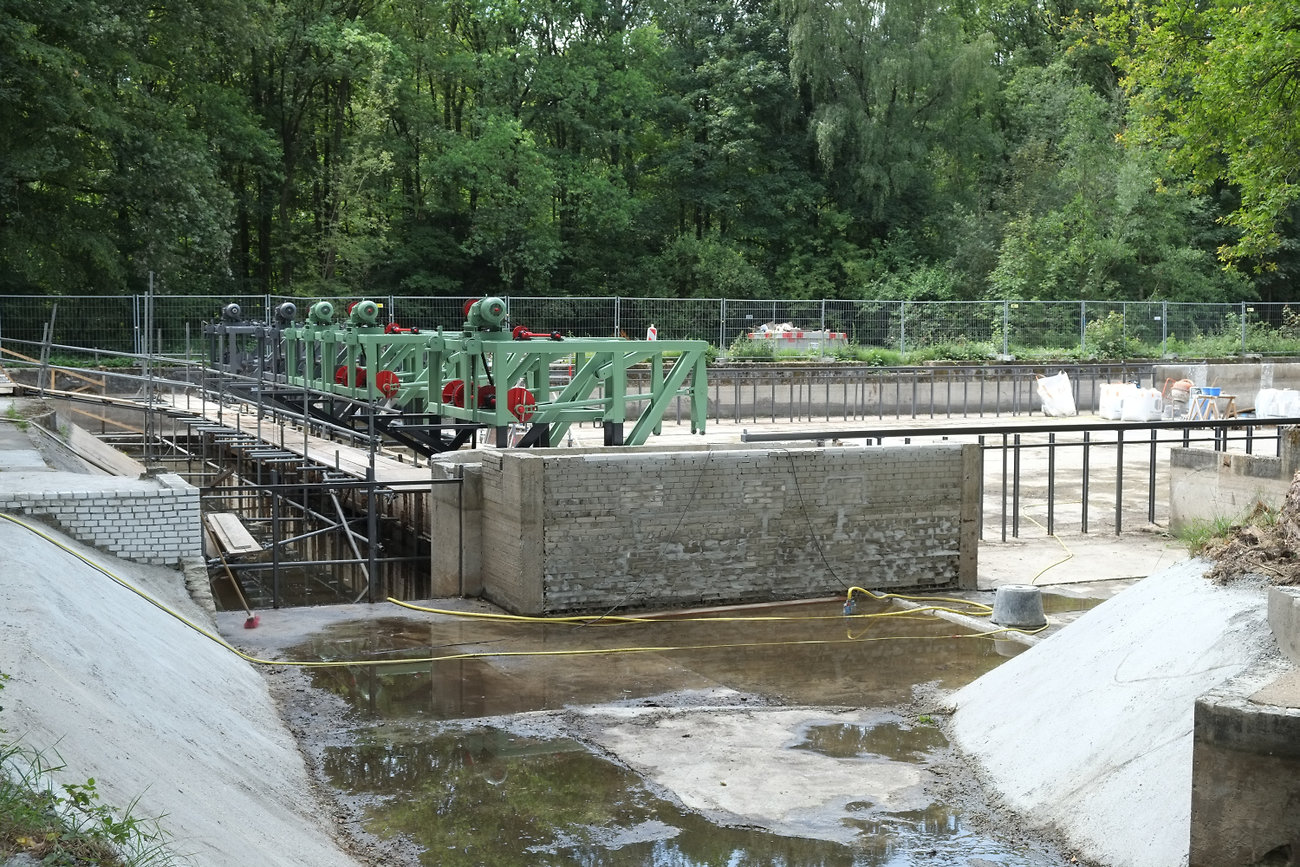 And finally here a model of some port: 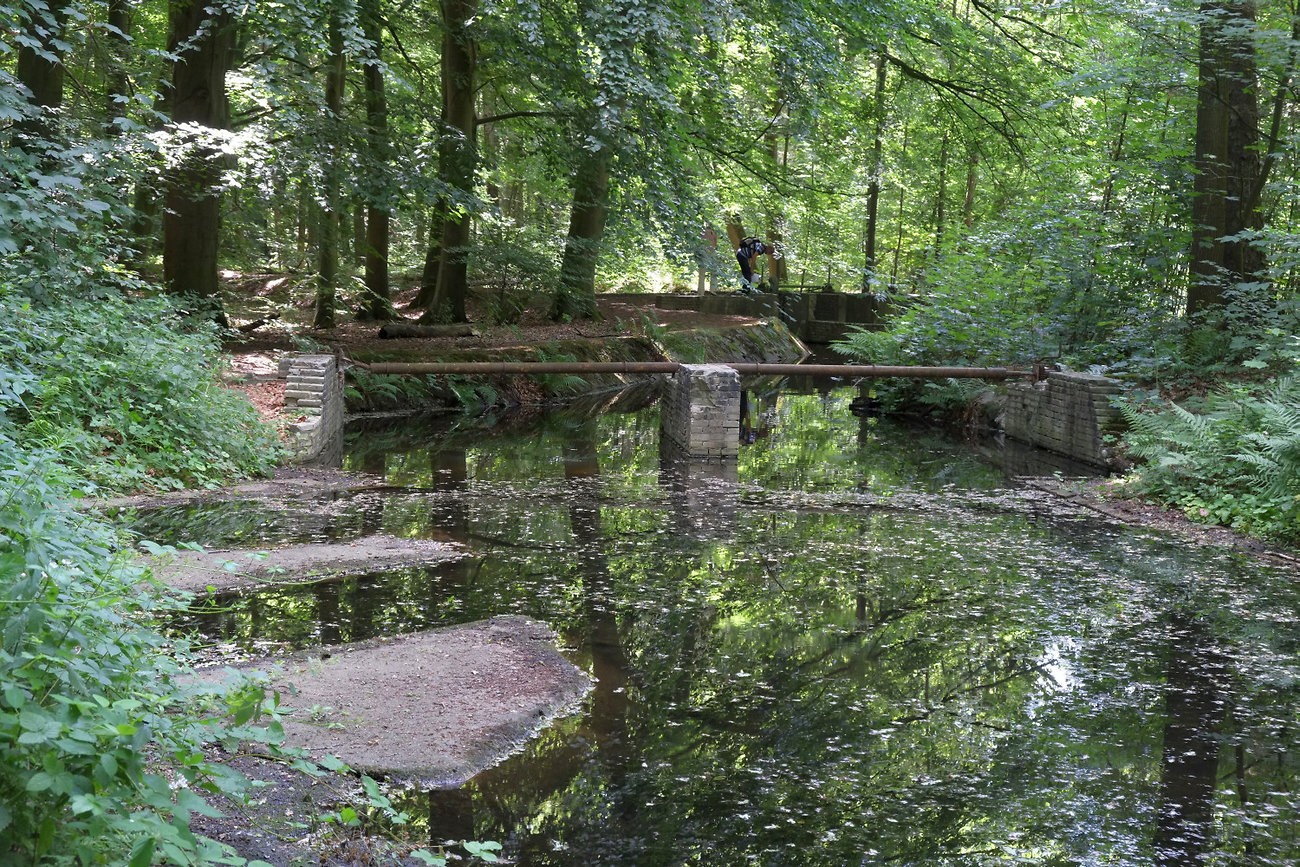 Wow, thats really interesting! I had no idea places like this existed anywhere in the world, I thought they did everything on paper.

Nature An autumnal stroll round an arboretum