Went to Yosemite this weekend because my g/f was a finalist at an annual photographic contest they have there, and was pretty excited about the potential massive snow dump that was supposed to start the day before we left and continued on until Sunday, when we'd depart.

It snowed before we got there and intermittently while we were there, but nothing huge. The existing snow cover was enough, and there was a LOT of clearing/occluding light play all over the valley to make things very interesting. I took a LOT of duplicates in B&W w/a red 29 filter and then in color, and can't decide which ones I prefer. Almost everything was shot w/a circular polarizer, PP in Photoscape in .jpg, and no color mods anywhere.

It was likely under 30 degrees the whole time until Sunday, and chains were required. 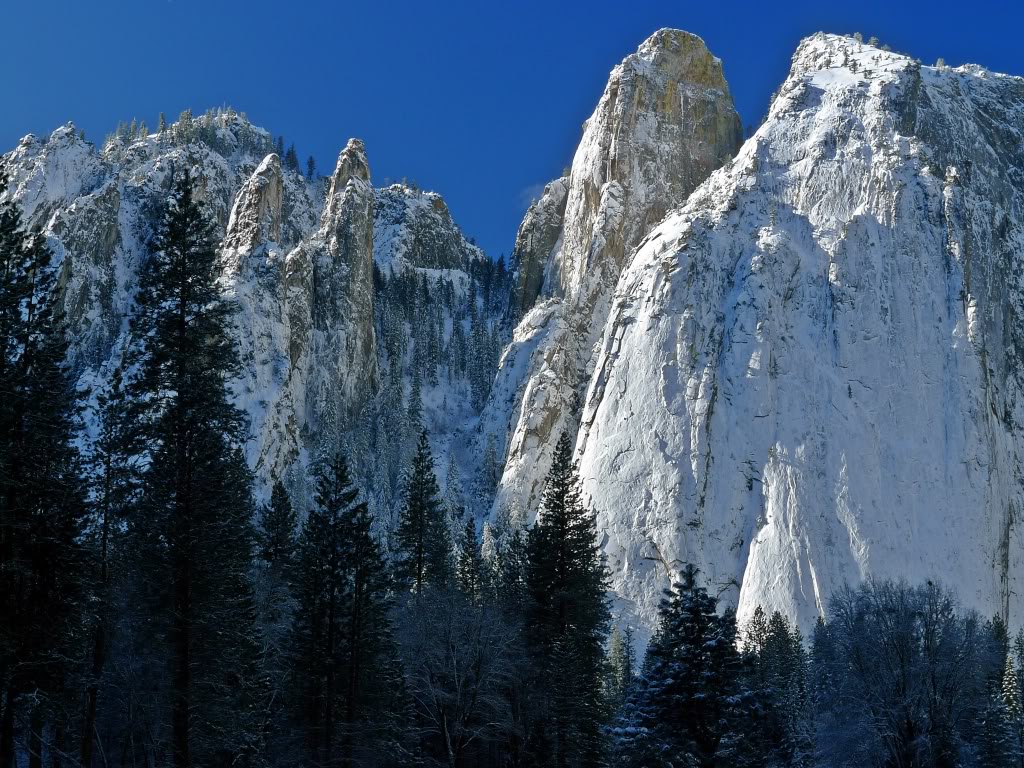 El Cap, Sat morning. Should have moved out of the way of the branches, but I've shot this place so often I'm afraid to say now that I didn't care. 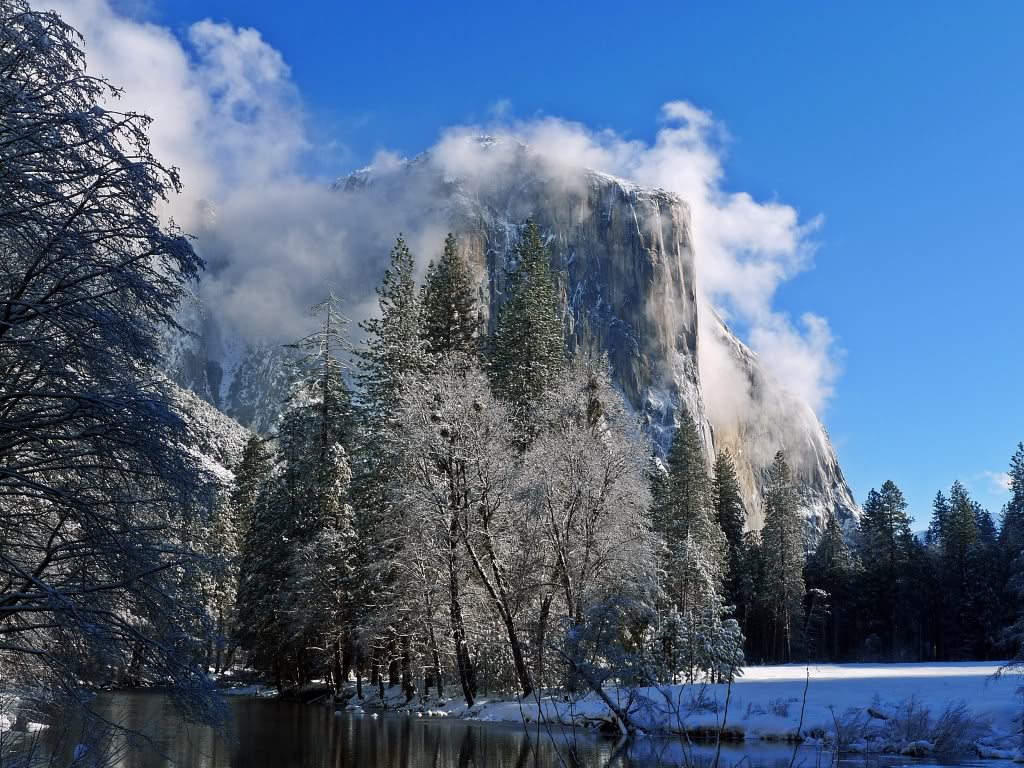 Another warhorse, Tunnel View, but this time in B&W. Quite pleased w/the results, and the weather got MUCH worse when we returned later that day. 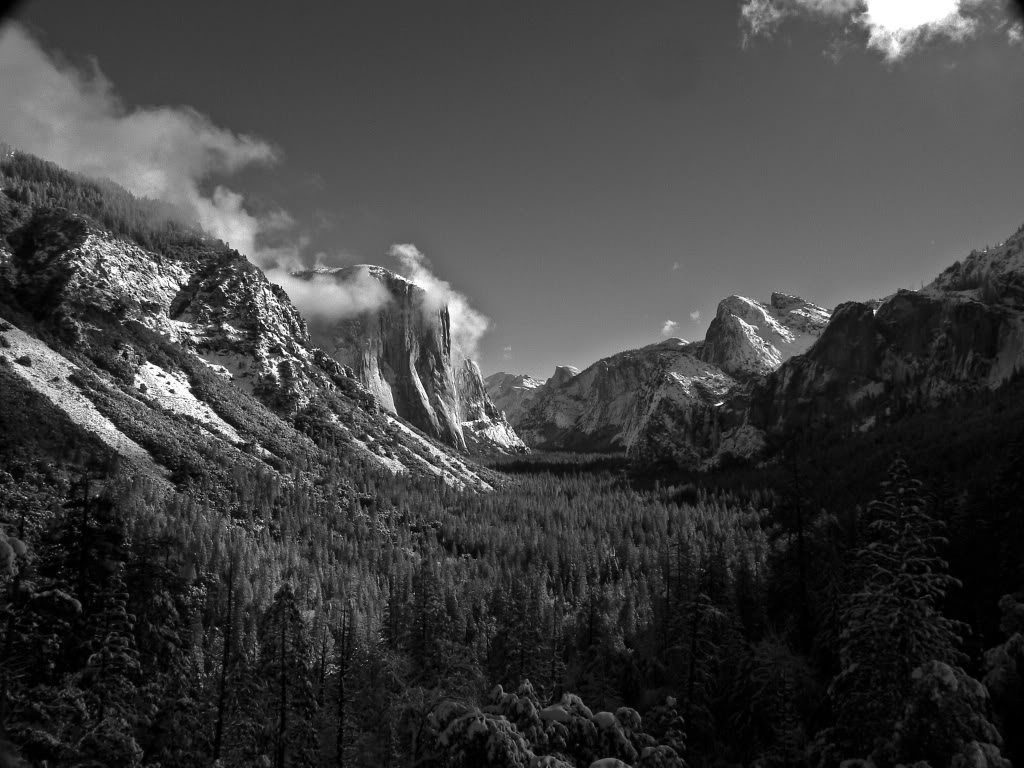 Sun playing off of the west side of the Cathedral Rocks, Bridalveil Falls at the lower left. 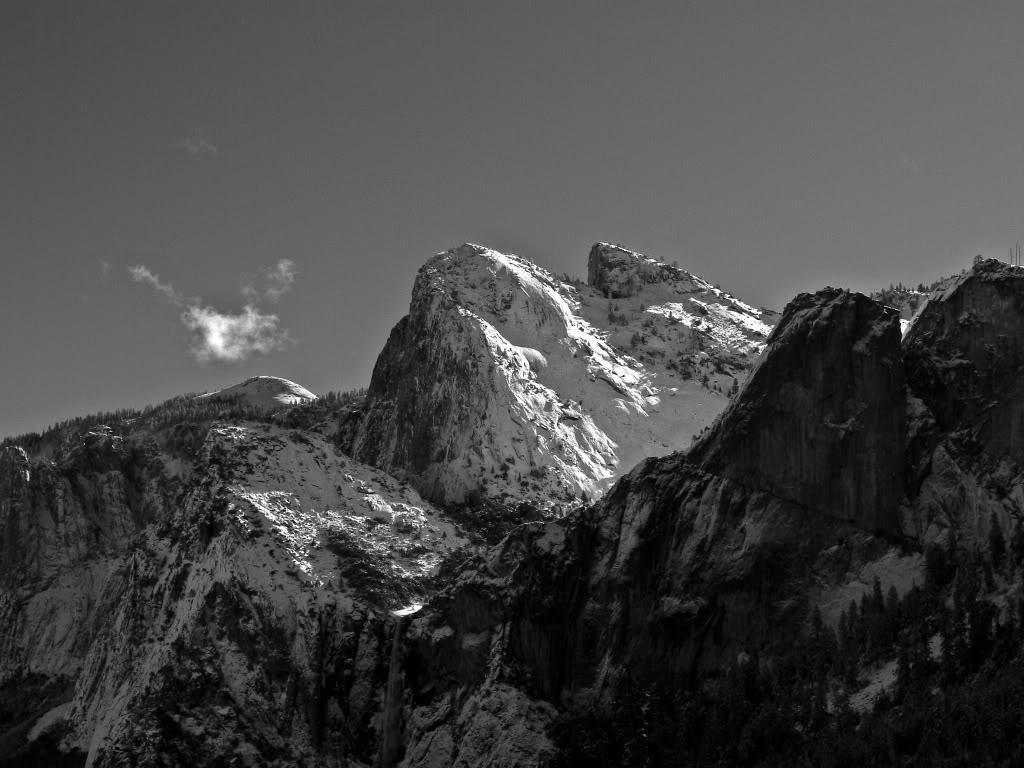 El Cap from the road, just after the Wawona/Bridalveil Falls turnoff. 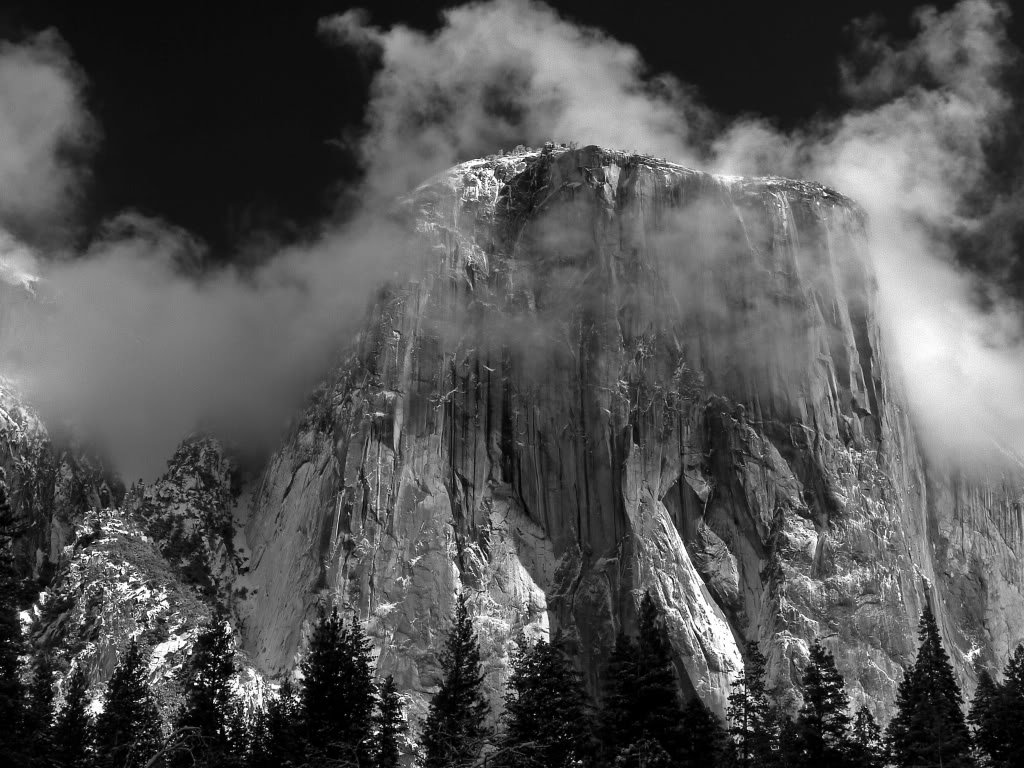 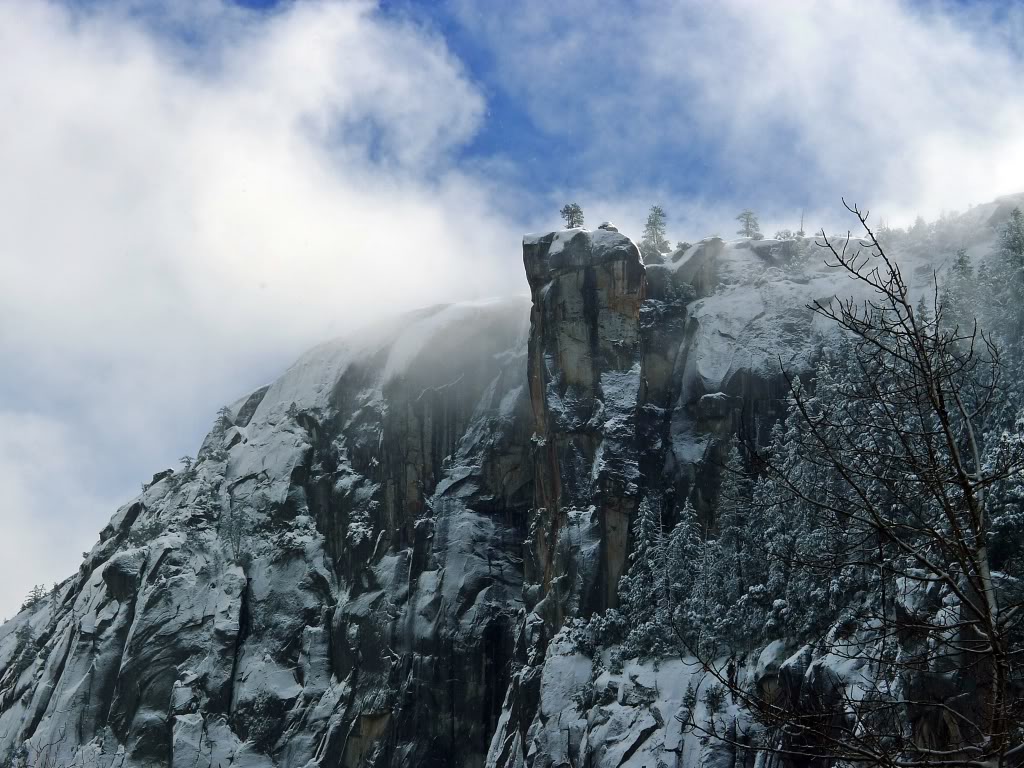 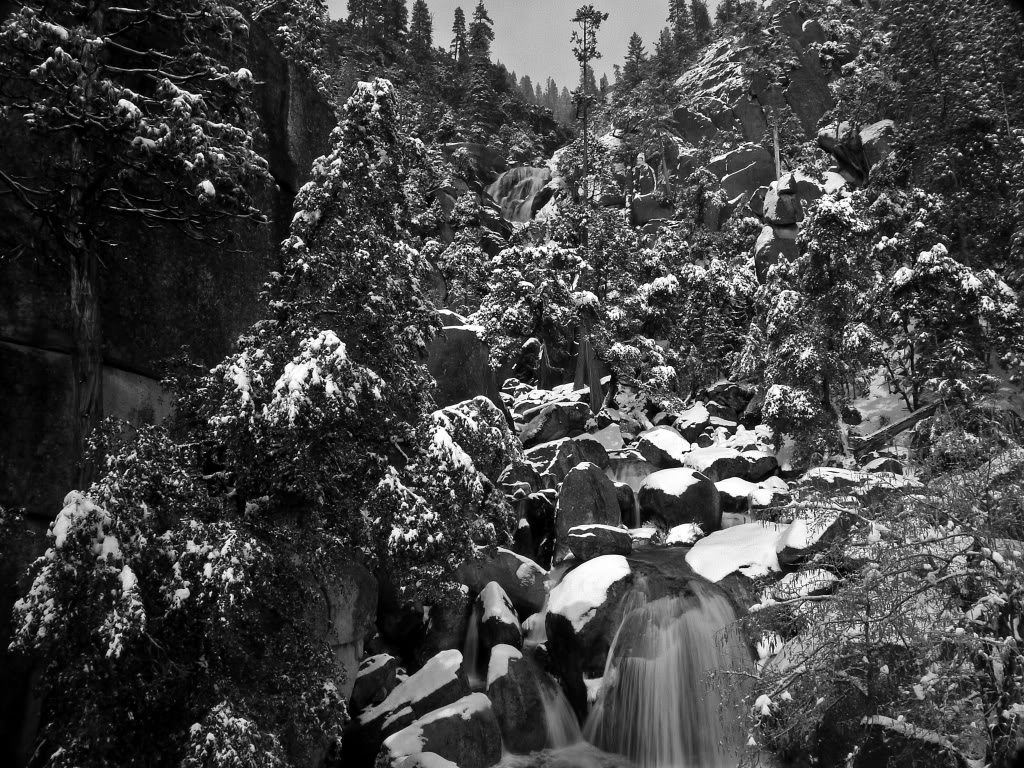 One of the slopes that ascend to Glacier Point, near the 4 Mile Trail 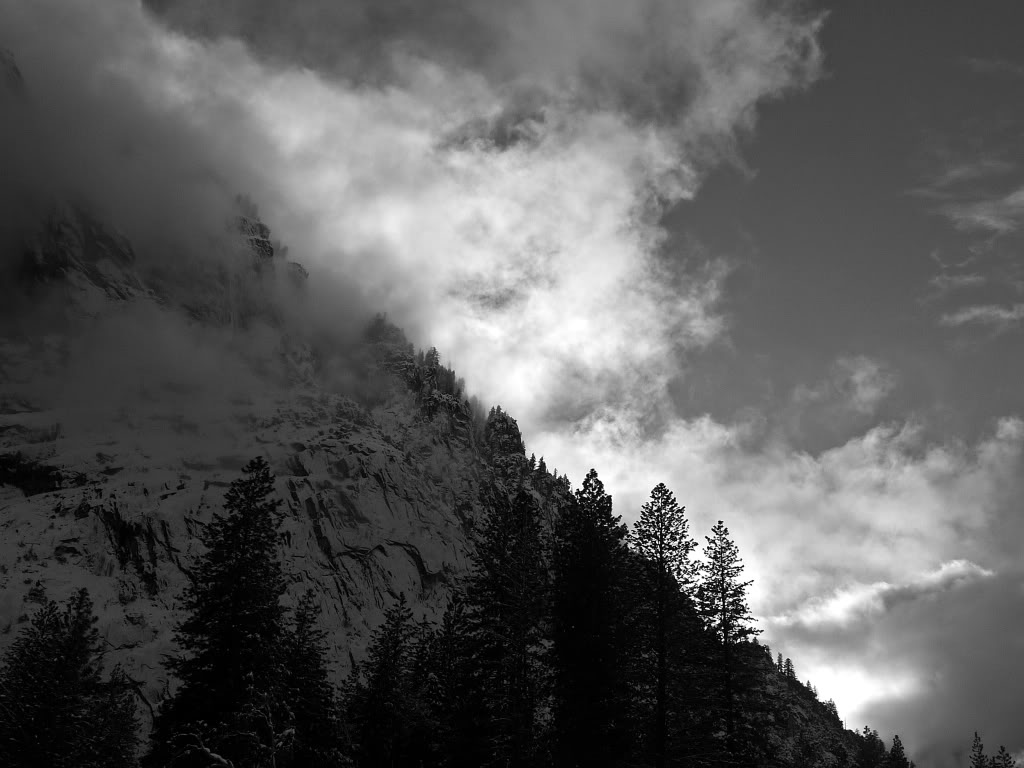 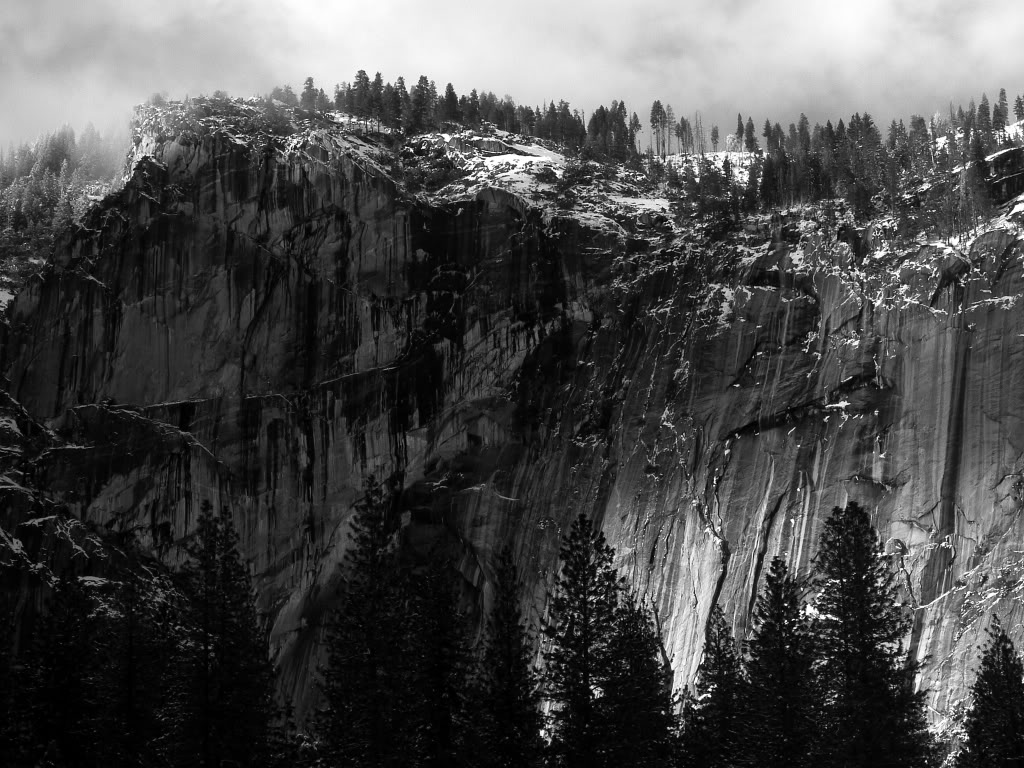 El Cap, peaking through the late afternoon mist, taken from South Side Road a short ways past the entrance to Cathedral Beach. 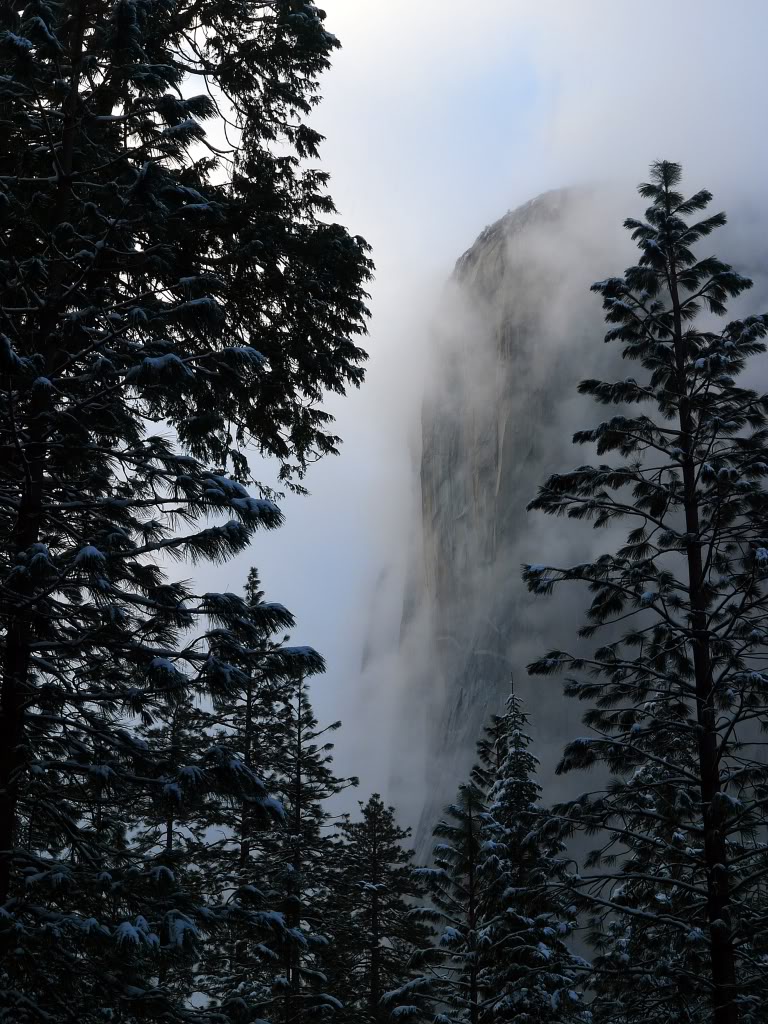 WOW! Amazing pics! Looks like you had a very productive weekend! Just fantastic!

love your shots, especially the clouds flowing over the mountains.

Very nice, what camera/lens set up are you using here? Last time I was at Yosemite it was still the film age, I too was there after a fresh snow about 20 years ago. So cool!

LisaO said:
Very nice, what camera/lens set up are you using here? Last time I was at Yosemite it was still the film age, I too was there after a fresh snow about 20 years ago. So cool!
Click to expand...

Agree with all the comments above.

Another reminder of what a fine little camera the LX5 is in the right hands. Unless you need ultra-wide or ultra long or are going to be shooting in really challenging light, there's not much reason to travel with anything else.

I love some of the B&Ws - the El Cap shot and the light playing on the north wall really stand out. But for the most part, I slightly prefer the color shots other than those couple. So I'd say if you're gonna show these somewhere, mix and match - show the best of each.

S
Yosemite in Black and White

Beautiful Pictures of a Storm Coming In.