I understand, and feel much the same way.

But, being a computer engineer that's worked with digital imaging for almost 35 years, I'd never throw away a D100.

The IIIg is on my shopping list. I have never had a screw mount Leica but have wanted one for a while now...

The screw-mount Leica cameras are fun to use, are like a jewel.
C

I'm guessing there are good services to send your film rolls to, they ship you back a couple of CDs? What do folks use for that?

I could think about shooting film again if I don't have to mess around with scanning the negatives after getting the film developed. 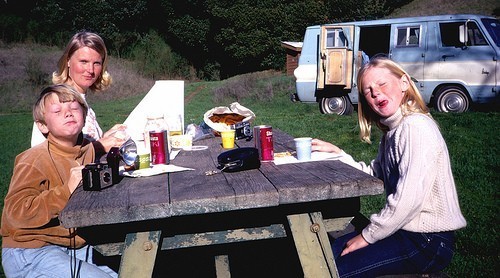 My second camera, 120 film Yashicamat LM. If the negatives were any larger, wouldn't have needed an enlarger.

So, I guess I did make it to medium format shooting, early on!
Last edited by a moderator: Mar 4, 2017
H

The Darkroom in San Clemente or North Coast Photo services....Encinitas. Both very good choices to have film developed and scanned.
H

If just scanning you could try either above or just ScanCafe....but cannot attest to the quality. Asiafish likes Ilford in San Clemente. Havent tried them, either.
C

Well this turned out well