What books are you reading for pleasure these days?

JensM said:
At the moment, I am reading "The road to Oxiana" by Robert Byron. Great, early travelogue about his 10 months on the road in Persia and Afghanistan. The ones before that, was "A short walk in the Hindu Kush" by Eric Newby and "The Great Railway Baazar" by Paul Theroux.
Click to expand...

I read that Byron book a few months ago - loved it, and the Newby book too. The resilience of real travellers puts us to shame.

I finished the Robert Harris book - The Second Sleep - in 2 days. It was both enjoyable and thought-provoking. I’ve also just finished Francis Spufford‘s new book, Light Perpetual, which is very different from his first novel (Golden Hill) - 20th Century South London instead of 18th Century New York. And now I‘m on Kazuo Ishiguro’s new novel, Klara and The Sun. I seem to have rediscovered my reading boots

Never heard of Francis Spufford or his work, but the pitch for Golden Hill is intriguing.

Just started reading The Elfstones of Shannara by Terry Brooks. I'm going to try to make better progress than I did with the previous one.

pictogramax said:
Never heard of Francis Spufford or his work, but the pitch for Golden Hill is intriguing.
Click to expand...

It’s definitely worth a read.

I finished the Ishiguro book. I’m in two minds about it. It’s either a masterpiece or a very slight and somewhat underplotted effort. Maybe it’s some of each? I’ve now started on “The War at the End of the World” by Mario Vargas Llosa, which is quite a heavyweight book (figuratively and literally!).

I finished reading The Elfstones of Shannara a few days ago and have dived right into The Wishsong of Shannara. It has been a long time since I read it (this is the 3rd go), but I've hit a point in the book where it seems to drag. I remember that from reading it years ago. Elfstones was a quick read.

tonyturley said:
I finished reading The Elfstones of Shannara a few days ago and have dived right into The Wishsong of Shannara. It has been a long time since I read it (this is the 3rd go), but I've hit a point in the book where it seems to drag. I remember that from reading it years ago. Elfstones was a quick read.
Click to expand...

Elfstones is probably my favorite.

I forgot, I read The Wall by John Lanchester in a couple of days. A bleak little book but enjoyable all the same. I gave up on the Vargos Llosa book, it was just too dense for me. Instead I read Trespass by Rose Tremain, usually one of my favourite authors. This one was a bit of a holiday novel to be honest, not especially original. Currently scouring the bookshelves for my next one!

I just finished Brooks's The Wishsong of Shannara and immediately began reading The Scions of Shannara, which jumps 300 years forward in the fictional Shannara timeline.

This came in today's mail. I'm almost finished with The Scions of Shannara, so I'll probably alternate between the two books for the next few days. 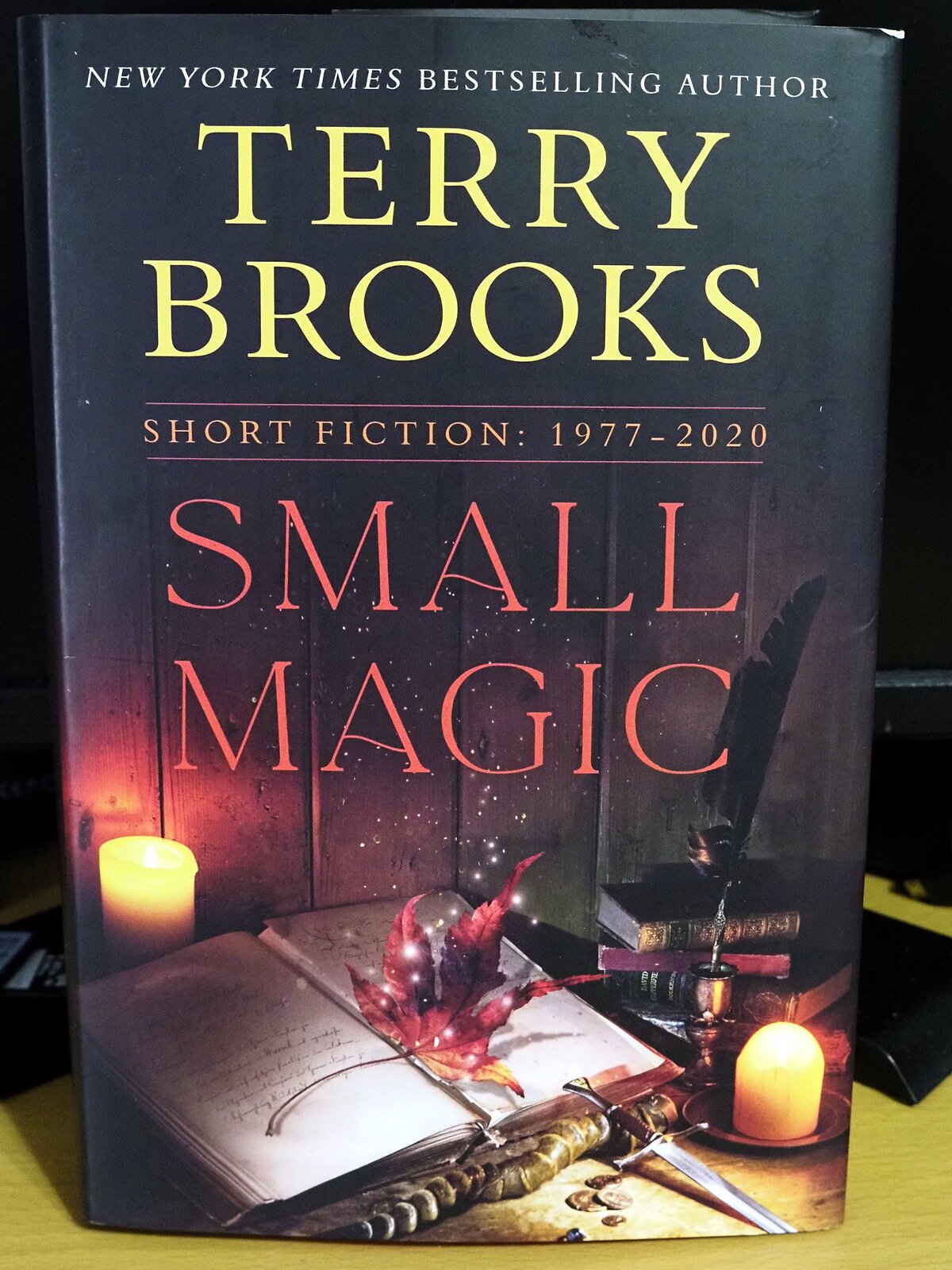 I started Umberto Ecco's Focault's Pendulum the other day. Enjoying it so far, but I was sure I would. The Name of the Rose is one of my favorite books, and I've really enjoyed reading Ecco's essays as well. His writing and thinking style really resonates with me.

Just coming to the end of this one, a book about flying airliners written by a pilot - a Senior First Officer for British Airways. 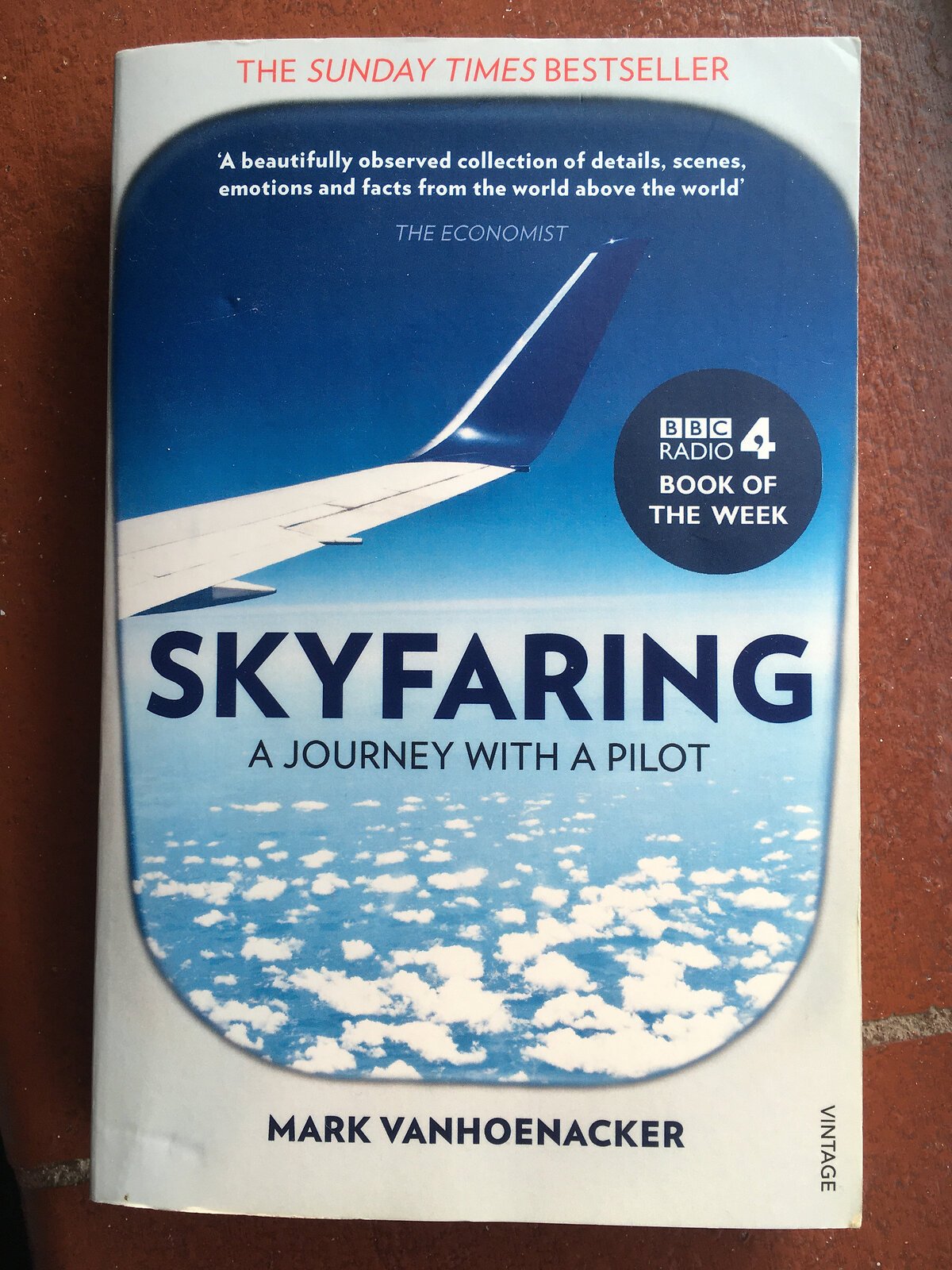 I liked it a lot as I'm a sucker for obscure information like this; did you know that aircraft navigate along routes composed of beacons and 'waypoints' and that the latter sometimes have witty local names? There's a TULIP waypoint off the Dutch coast, SNUPY is near the Charles M Schulz Sonoma County Airport in California, and a plane flying from Australia to New Zealand will pass over waypoints WALTZ, INGMA and TILDA in sequence. I've discovered that an airliner standing on the tarmac will generally report its altitude as slightly underground, and that pilots passing other aircraft from the same airline at altitude will sometimes acknowledge one another with a flash of the landing lights. At a closing speed of 1,200 mph that takes a bit of doing, apparently. The book is full of stuff like that.

There's also an autobiographical element, which some other reviewers have taken issue with, but which didn't bother me at all. I liked hearing the author's back story and learning how he decided to become a pilot and eventually qualified to fly Boeing 747s. Presumably he's flying something else now, since BA made its last 747 flights during the pandemic. That's something else I learned from the book - an airline pilot is only permitted to fly one type of aircraft at a time. So in order to fly the 747, the author lost his ability to fly the Airbus he started out with.

I enjoyed the inside information of how the flight crew and cabin crew get along and how they spend their time on and off duty. The book is quite poetic too - the descriptions of clouds and sunsets and meteor showers and the views of earth from altitude, and how it feels to fly, are a major feature.

I might be doing the author an injustice, but I sense the input from the publishing editors in organising the material into chapters called "Air", "Water", "Night" etc. I thought that approach worked very well.

So, just a few more pages before we arrive at the terminal, the captain switches off the seatbelt signs and there's an undignified scramble for the exit. Pity, I've enjoyed the journey.

Yesterday I finished The Elf Queen of Shannara, book 3 of the "Heritage of Shannara" series. Today I begin the 4th and final installment, The Talismans of Shannara. Talismans is also my 16th Shannara or pre-Shannara book since I began my quest back in November. I'm making good progress toward my goal of reading all 32 books in the series by Halloween 2021.

Supporter!
On the finishing leg of Eric Newbys "A small place in Italy". Its the fourth of his I am reading, and probably the one I have been least smitten with.

Not to sure about what is up after finishing that, but I may end up re-reading something or the other from the favourite section. I have two or three more of Newby in the "to read section" but I think I will digress a bit for now.

Reading about Anton Chekovs niece - fascinating look at a fascinating family & the Russian Revolution. Can't wait to get into WWII... 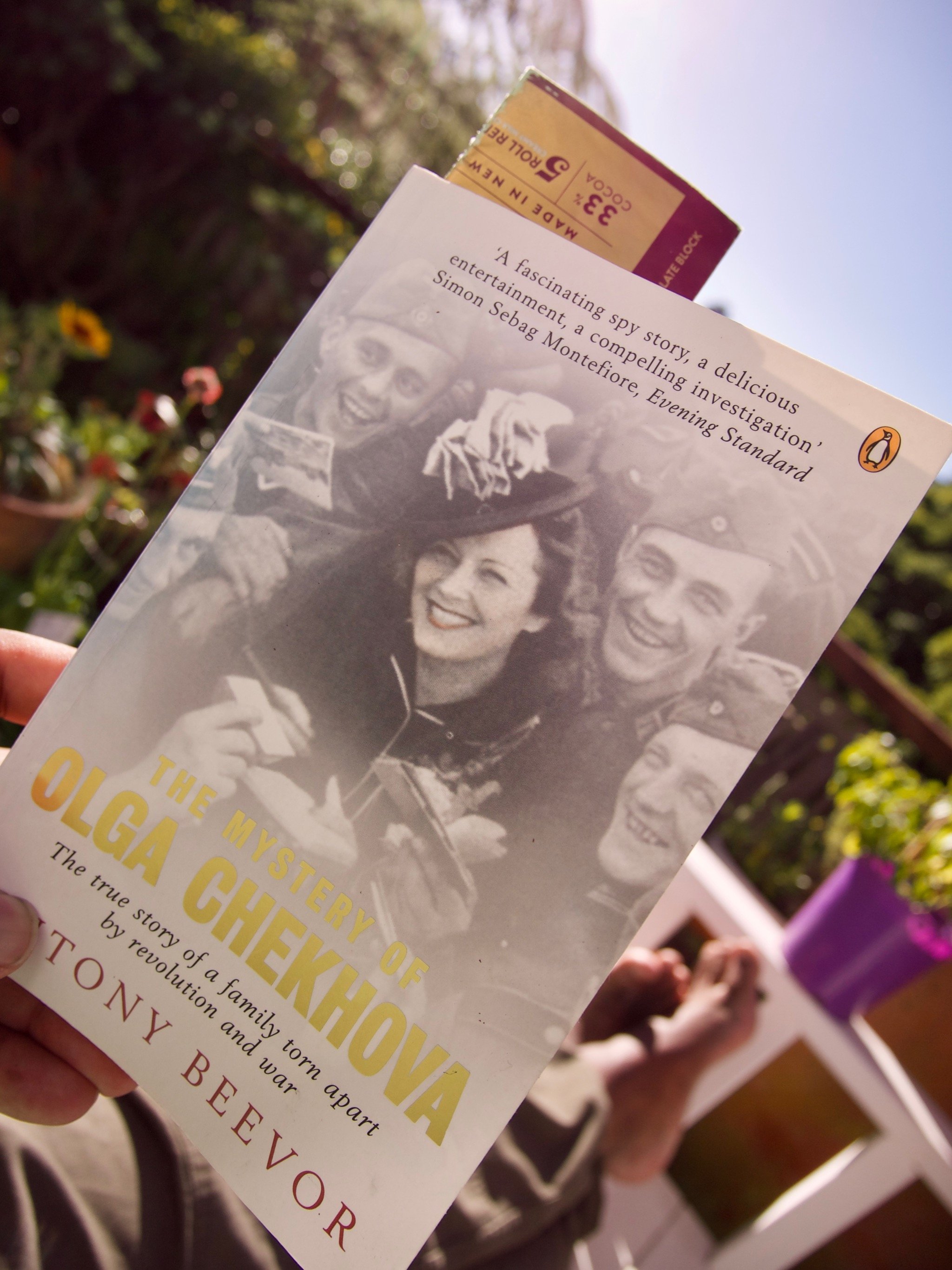 @phigmov This is quite interesting, thanks. I've read Beevor's "Stalingrad" but this seems even more intriguing.

I might try to get my hands on that story of Anton Chekov's niece when I finish Umberto Eco's "The Prague Cemetery". After a somewhat confusing start, I'm enjoying it quite a bit now. 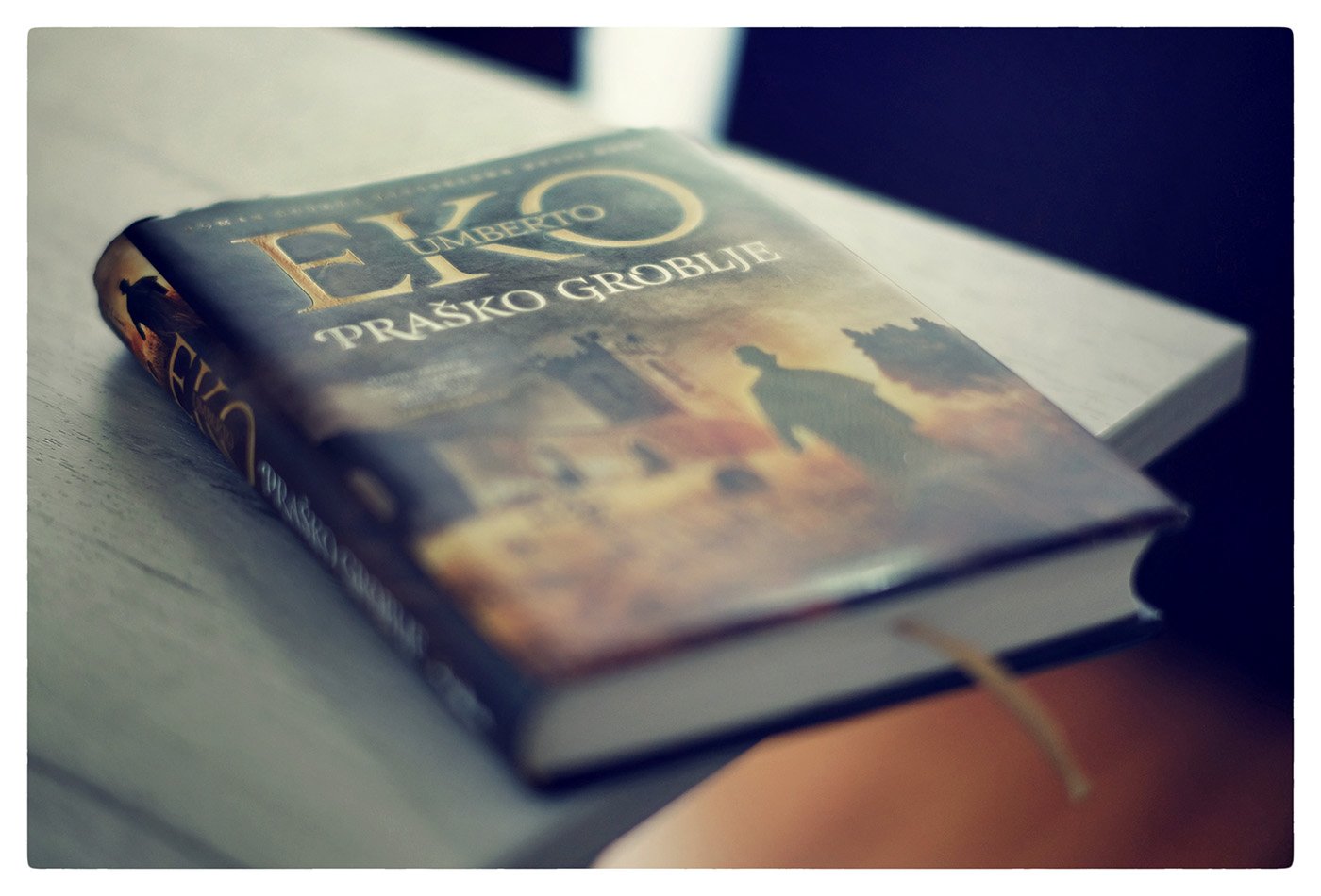 I’m reading Umberto Eco’s Numero Zero. In post-trump era it’s quite interesting novel to read. After that looking for The Prague cemetery.

L
What are these worth today?

Film What are these spots?