What do you do for a living? AKA, how do you finance your gear? :)

I'm in petroleum importation business, which got me the opportunity to travel to a few countries and meet interesting people. I don't have a deep understanding of petrochemical products but my skillset and degree landed me this job not long after graduating from college 10 years ago. The greatest support for my photography has been from this little guy. 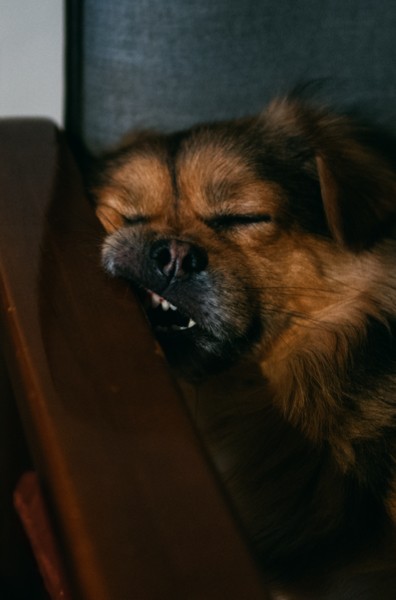 Holy moley, I'd forgotten all about this thread.

Ha, me too! I think there've been one or two similar threads since. But it's fun to read about the lives of all of those longtime and/or former members...

I run a very exclusive service providing "vicarious naps" for busy parents. Incredibly busy with this pandemic. Thinking of expanding to provide "virtual showers" after talking to my daughter (single mom of 4, finishing second masters degree, AND working - just saying it makes one need a nap! And a shower away from children.)

I hit on this service as a great way for this retiree to make a little extra coin to finance this uber-expensive hobby.

I once was an IT guy and wedding shooter. But, alas, a major stroke stopped all that, and I am now limited to artsy-fartsy stuff. Less stress. But I am able to walk again, so, nothing but good times.

I work in IT mainly, developing systems for government. (That supports the family along with my wife's income)
I also have my own photography business. (That supports my gear habit. I pay myself just enough to buy the gear I want.)

I've worked in IT my whole career. Actually I'm a bit nerd, our consultants don't like it, because I'm on sales. I started as engineer, then consultant and product manager. sales and executive. And now back on sales on large deals/major accounts. I didn't enjoy executive work, although it supported my GAS pretty well. A bit difficult to settle down in terms of GAS, you may have noticed. I enjoy solving my customers' challenges and actually doing more advisory than pure sales. Then they just tend to buy from me

I worked for 33 years for IBM. I was never really sure how to describe my jobs after the first few years. I largely occupied a grey area between sales, finance and IT. Developing my own systems was what gave me the most enjoyment. So IBM provided the wherewithal for me to fund my photography purchases. Since July 2018, I’ve been on my IBM pension which is enough to live on but not enough to fund new gear, sadly. Anything I buy over around £50 needs to be funded by selling something. I’ve got quite adept over the years at doing that without losing money, but it means that if I get a GAS attack it is accompanied by some regret at what I have to sell to fund it.

I'm retired from mechanical engineering (not HVAC, but machines). I've spent a lot of money foolishly in camera gear and sports cars LOL! I did make decent money for the last yers until I was downsized in 2009 and my wife & I had access to enough so I could indulge in my hobby. These days things are much different and my situation has changed. I still splurge on the occasional photo gear but definitely not like before.

The one very important thing is that I buy almost exclusively used gear, particularly Leica stuff. One can save 1/3 or more from the new gear price and I've had good luck with my purchases so far. Also, I do sell my stuff when I want something else. I don't make any profit and actually get less than I paid for it, but I had the enjoyment of using it and the money helps to defray the cost of the new purchases.

Wow, this thread is old and grizzled, like I feel all the time these days! I'm a, well, basically a personal banker for a community bank, one with a name it inherited from a much larger bank in the past of which this is the remaining franchise that didn't sell off in the 90's. So I'm one of what the federal government considers essential workers, and feeling it these days as the demand comes in from the community for small business loans from CARES act.

Well....what I do is kind of like riding on a roller coaster: some occasional ups, which take awhile to get there....interspersed with some heady downs: I'm a writer. I often hate it when people say "I'm x" or "I'm y" but the simplest definition of a writer is: someone who writes. And writes....and writes. Which is what I (often) do. What do I write? Screenplays, mostly. As Tom Hanks once famously said, in the entertainment business, if you're really successful, they 'only' say No to you 90 % of the time. The screenwriters' variation of that is: the handful of 'successful' writers...are 'only' unemployed 90% of the time I think by those definitions, I occasionally almost qualify as a successful screenwriter. But the truth is, writing is (and always has been) more of a disease, or an obsession (or series thereof), and truly never a rational decision.

The other thing is: the more I do it, the more I feel like a) I'm finally learning how to write, b) amazed at how much I still have to learn, and c) forever wondering why the hell it (the process) always seems to take longer than anyone (in their right minds, or otherwise) ever thinks. The only other thing I'll add: a handful of projects I wrote, or co-wrote, have turned out well, and a few are almost rather good. The rest were actually not written by me, but by my evil twin, who somehow manages to doppelganger himself into all kinds of trouble.
Last edited: Apr 23, 2020

I prefer telling people that I am a FORTRAN programmer. But one that has custom chips and boards fabricated to run their code. Pretty much sums up what a Computer Engineer does.

Retired. Had a career as electronics engineer doing hardware and software, manager, teacher, and ended as a software developer for the last 16 years. My wife and I have a good pension (so far ) so spending money on camera gear isn't a problem. Must add that I'm not a camera geek, but lenses cause major GAS attacks which I am able to resist from time to time. I save money to be able to buy a new camera every 3 to 4 years.

I’m retired from a career in rail, mostly in California. My wife and I moved back to Hawai’i for family reasons. Trying to live our best life. I don’t really have GAS, but I did buy a really nice, gently used Leica X-1 last week. I couldn’t pass this one up, the price was too good. Nice IQ. This is the first Leica I have owned in thirty five years since I sold my M3. Gosh, I miss that camera.

I draw comics. That puts me on a very similar roller coaster Miguel rides, but a bit crazier and less successful and respected. I also draw and paint illustrations for a French gallery, which in theory could finance my GAS, but is not really regular. So I always shoot with older second-hand cameras and cheap lenses, but it doesn't prevent me from having a blast with them
Last edited: Apr 23, 2020

rockysan said:
This is the first Leica I have owned in thirty five years since I sold my M3. Gosh, I miss that camera.
Click to expand...

I kept my Leica M3 Double Stroke. The Serial Number puts it as coming off the assembly line the same month that I did.

Wow, there's some names from the past in this thread, back in the days when there were only a few hundred of us who were members of what was then Serious Compacts. I'm surprised I didn't contribute a post then, I guess I had my reasons.

I trained as an Electrical Engineer (MIEE) in the electrical supply industry and went to work overseas at the age of 24 in 1972, mostly working in the Middle East. I ended up commissioning gas turbines including those on Occidental Piper Alpha, the north sea platform that eventually blew up. When I returned to the UK I worked with 660MW steam turbines at Hinkley Point B Nuclear Power Station where my major responsibility was the old analogue electrical governing system, the first of its kind in the world applied to such large machines. I eventually oversaw the replacement of that governor with the worlds first digital governor for large steam turbines and then, with the industry being privatised, I took very early early retirement and spent most of time volunteering on a local nature reserve.

As a single man I have sold my house and now rent a small cottage from a former farmer I've known for 25 years. I'm happy to spend my capital, it will only be left to charity, and as long as I'm alive I've decided I'm the most deserving charity I know Most of my kit is secondhand and I have no plans to buy much more, when it breaks it breaks.

Uhhh, no, never watched it.

tonyturley said:
Uhhh, no, never watched it.
Click to expand...

drd: the more important question is, did you see the Wire? ;-) I'm a financial investigator at the police, a bit like Lester Freamon in that show...

Used to work at two of the big 4 accounting firms, doing tax returns and tax accounting mostly for international companies using the Netherlands as a tax haven :-( but i always saw it as a way of gaining the experience necessary for getting my dream job, which is what i have now.

I investigate everything from bankruptcy fraud to laundered drug money and from calculating the proceeds of environmental crime to financial crumbs that might lead us to a kidnapper... Occasionally a murder case to see if there is a financial motive, to find a suspects location, or to confiscate money to be given to the victims relatives. It's a lot of numbers and spreadsheets and legal documentd, in short the things that most people find dreadfully boring... but first of all, even when I take a shower I tend to think in numbers or in abstract concepts applying to whatever situation is on my mind, and secondly, the subject matter just makes it absolutely thrilling. So I'm having a blast!
You must log in or register to reply here.
Share:
Facebook Twitter Reddit Pinterest Tumblr WhatsApp Email Link

How do you do?

How do you do?

What gear do you regret selling?
2