Film What Film Cameras do you use?

Leica CL now that is a camera that I craved many years ago but didn't have the money and even if I had I don't think I would had the courage to buy at that time.
R

Its a nice camera..

Started off in my early teens, with a Zenith, then Praktika... moving to the Pentax range in my early 20's. Had a Pentax ME, lovely little camera, but in my early/mid 20's went onto the Pentax Super A. After a while sold that and got a Pentax LX (my pride and joy). I bought my wife (girlfriend then) a Pentax MG.


Sold them in the early 90's... along with all our lenses, accessories and darkroom equipment.... (broke my heart).... but cash was needed for kids/mortgage/life etc....

and downsized to the manual override olympus XA and for my wife, the automatic XA2, both with their detachable flash units... I wonder if it was this, that started my love for smaller, more compact cameras

Hmm, my first camera was a Kodak Brownie Starlett - the version without the build in flash bulb holder.

Second was a Balda 2 1/4 square camera with a folding bellows lens that had a Prontor SV 300 shutter. It was rather neat and took a great photo but the shutter broke and my father tried to repair it. In the process, he scratched the lens.

Third, I was joint owner (with my father) in a Konica Autoreflex T. It was the latest thing. After a couple of weeks, my father decided he didn't want to share it and bought me a Kodak Instamatic. I guess that was fair enough as I didn't contribute financially to the camera (I was about 10 or 11 years old at the time).

The replacement came in the form of a Nikon F with 35mm f/2 and 85mm f/2 lenses. I had a clip on Nikon Model 2 light meter to go with that.

I supplimented that with a Nikon FM and had a lens on each body. There were a variety of lenses come and go but the 35mm f/2 and 85mm f/2 stayed though to the end when I sold off my main kit.

I had several point and shoot cameras. The nicest was a Chinon Bellami which was a very compact camera with a lens that retracted behind barn doors and a detachable flash that mounted on the side. I loved that little camera but the shutter eventually failed.

There was a Ricoh Zoom and a Konica Z-up 120, both pretty forgettable cameras.

The only film camera I still have is my Robot Star IIa with its Schneider Xenon 40mm f1.9 lens which I still use today with my Olympus E-P1. I bought the Robot Star second-hand and it is a 1953 vintage camera. Everything works like day 1 but it has a rather shabby looking body.

This is a flattering picture of my Robot Star... 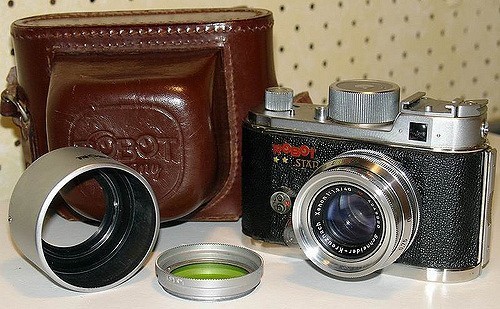 Love seeing all those old film cams. I shoot quite a bit of film and own over a dozen SLR's, but my favorites are my Pentax Spotmatic SP2 with is killer M42 super taks followed by my ME SUPERS. ( I have 3 of these that get regular use) After that It would be my AE-1. Thse are my most used. I will need to take some new pics of my babies
H

Love this thread. My first camera was a Leica IIIc (still have it). Still have a IIIf as well. A slew of Konica Autoreflex SLRs (basically one of each model and two of a couple models), a Nikon FM2n that I love, a Nikon FG, a Rolleiflex, Zeiss Super Ikonta (bellows need to be replaced), and too many compact 35mm RF cameras to mention. Most are in working condition, although admittedly I use them infrequently these days. Still run a roll of Velvia through every so often though. Hard to do without the immediate gratification of digital.
D

Note that the Zeiss folder really is about the same size (and very close to the same weight) as the Leica M8 with a small lens. 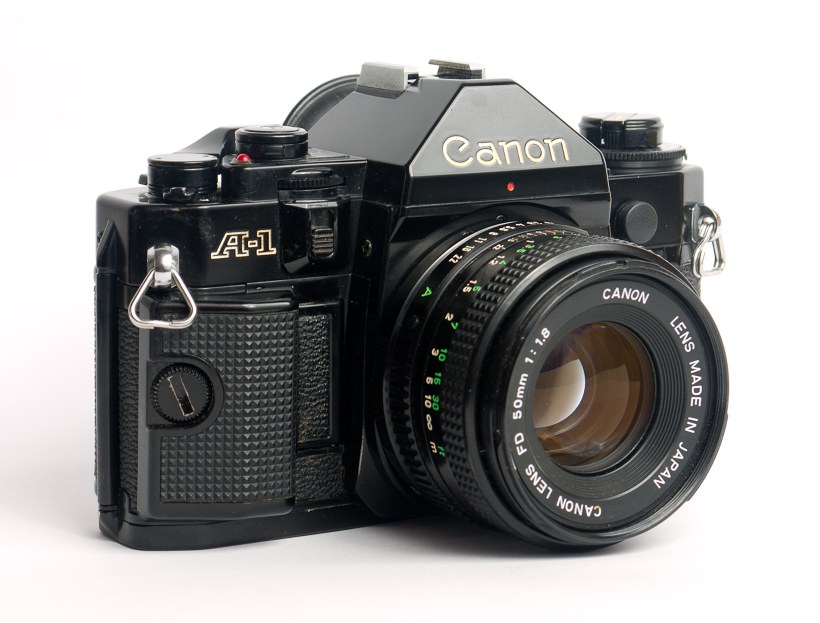 This is my first film camera. I absolutely love it.
T

OMG! I think I still have an old Zeiss Super Ikonta somewhere in my parents' home. I think it belonged to my grandfather or great-grandfather. We just knew it was an old camera. No one in the family wanted it so I just kept it along with the old gold cigarette case and a 1897 14K gold demi-hunter pocket watch.

Anyways, I still have my Nikon FA, F2A and F2AS plus a bunch of Nikon lenses sitting around.
M

Wow you guys are totally out of my league, I remember drooling over some of those cameras when I was a teen. Something magical about a black hunk of machined metal and glass...

Anyway, I saved up my newspaper-route money for a Minolta SRT-102 and 50mm Rokkor-X f/1.4 and B&W darkroom. Then I was smitten by the first truly pocketable 35mm, the Minox 35EL. Followed by various uninspired and unreliable point and shoots. Finally returned to my senses and got a Pentax ZX-5n (mainly so I could buy cheap manual lenses on ebay). Yet I was again taken by a compact, the Canon Elph Jr -- fixed-lens version of the first APS-film Elph which you could keep in your jeans and forget it was there. 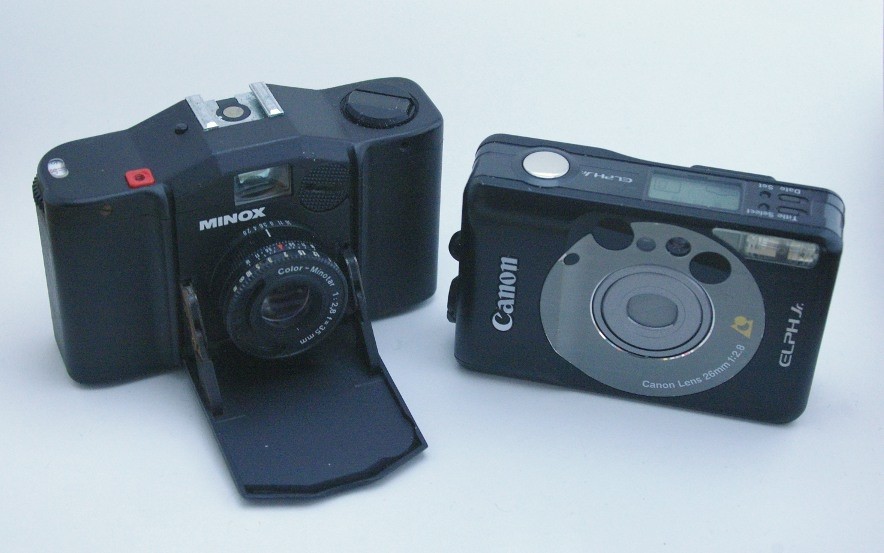 I just had the compacts out today for my rant in another thread, about how -- on the basis of camera size, sensor size, and aperature size -- digital still seems like a step backward.

turbodieselvw said:
OMG! I think I still have an old Zeiss Super Ikonta somewhere in my parents' home. I think it belonged to my grandfather or great-grandfather. We just knew it was an old camera. No one in the family wanted it so I just kept it along with the old gold cigarette case and a 1897 14K gold demi-hunter pocket watch.
Click to expand...


They are lovely cameras and worth keeping in working order. I know Essex Camera works on them.

Well: started in the 60's with the nikon F and nikkormat cameras.
Thenk went to Minolta sr and srt 101 and pretty much cameras came
and went until the digital age.

I do have a really nice Yashika Electro 35 in WIDE format and I just got
married to a beautiful black gorgeoous dame by the name of V. Surprising
what a little love in the afternoon will do for ya. 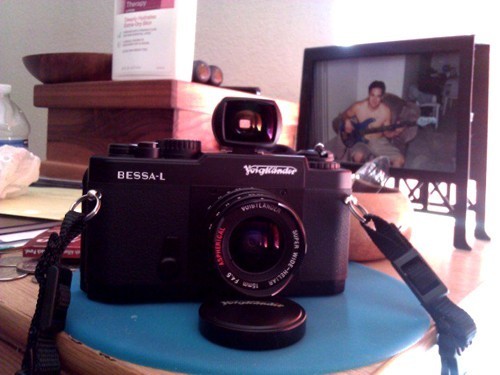 neilvan said:
I really enjoy using my OM-4T, it is a pleasure to use. It doesn't see much use but I did just buy ten rolls of Ektar 100 recently so I suppose I should get out and run a few off...


It sounds really good to me because I am having the Canon Camera whose specifications are same as your camera have...
So I hope you will get really good pictures and must be satisfied by its result...

Right now I'm visiting my parents in Nizhny Novgorod, Russia. They live not far from a local flea market. I was walking there yesterday and noticed a well-worn camera which happened to be Kiev II (made in 1955). It was sold with two lenses: Jupiter-8 (50 mm f/2) and Jupiter-12 (35mm f/2.8). I bought the whole package for 500 RUR (about $18), mainly because I wanted Jupiter-12 for my Kiev-3a.

After closer inspection I came to the conclusion that the camera indeed is very well worn, but its shutter is in excellent condition. It's very silent (much more so than my recently serviced Kiev-3a) and shutter speeds seem fine. Rangefinder is very bright and contrasty. Jupiter-12 is in mint condition, Jupiter-8 is well-worn but the glass is clear. I think I will restore this camera and replace my Kiev-3a with it (mainly because I hate that huge light meter on top of 3a).

Congrats on your find, Pavel! I am a sucker for the designs of older cameras like this - they're so beautiful.

I do hope all you film folks will post your photos here and be sure to include your camera choices and details, when you do.
D

Don't use them much anymore...

Maybe I can do a family picture.

I have a Cannon camera...
I have capurted many picture of landscape or movie it works very good...
A 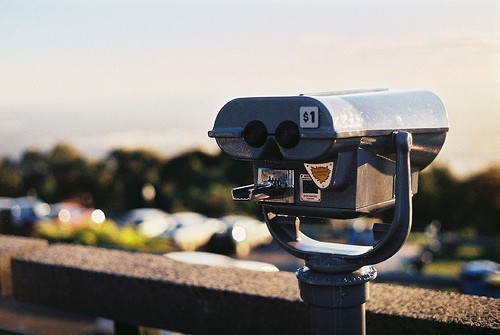 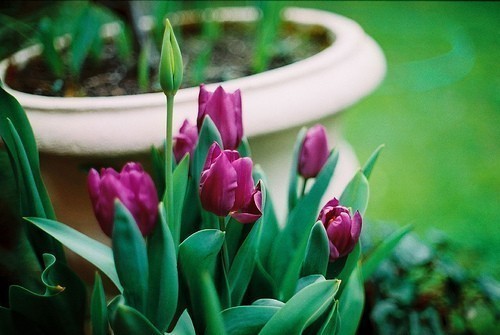 Much, much later I got into photography via digital, but I came into film in about 2007. I fell in love with the Fuji Natura Black and the Contax T3. 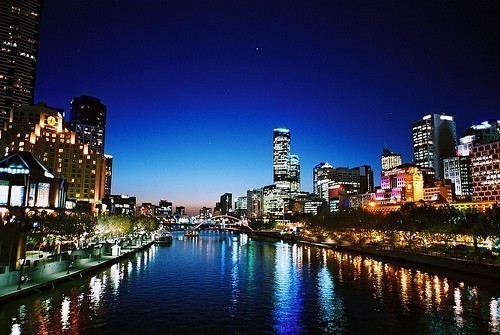 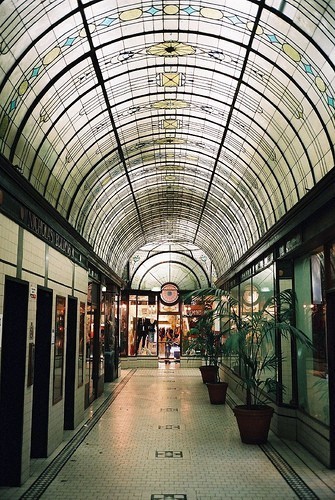 A bit later, I found my way to a photography market and found a really fun secondhand Olympus XA2. This is the camera I wish I had when I was at school and university. It would have been in my pocket every day, filled with Fuji ISO400 colour neg or Tri-X. I would have shot at least one roll per week and captured memories to last a lifetime. But alas, t'was not meant to be. Now I make up for it! 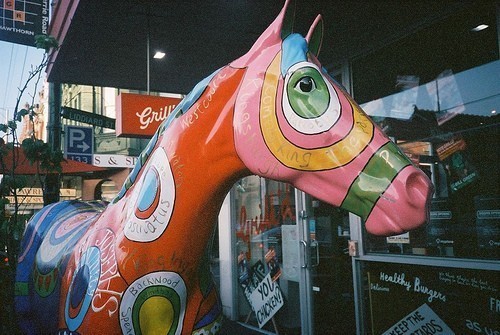 Of course, I have a Zeiss Ikon and Leica M7. They play host to the swarm of M-mount lenses I find mysteriously increasing in my drawer. 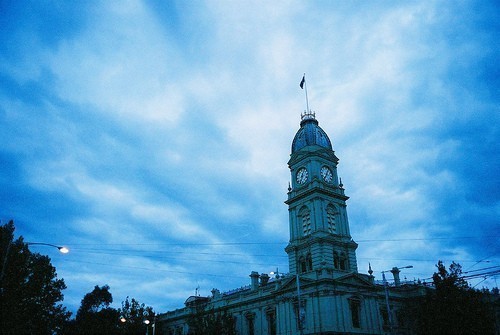 What do I use these days?

The M7 swaps back and forth with the M9 when I need a film Leica fix, and rides shotgun to the large sensor compact in the bag, usually a Sigma or Ricoh. At other times I carry the T3, especially when I am going out somewhere photogenic. The Olympus XA2 comes out for fun snapping, and to give me a kind of retroactive faux-nostalgia, as I think about the photos from my teens and early twenties that could have been.
D

I have a Nikon FM2n, a Rollei 35S, a Nikon F6, and a Rolleiflex 3.5F. I try to use them all, I am close to finishing a roll of Ektar 100 on the Rollei 35s. Can anyone
recommend
a good film processing lab for color film?

C
Film What camera and film combination are you using today?
2

Film The 35mm film cameras I do use

Film The 35mm film cameras I do not use