what is causing this my 'banding' problem?

i could use your help. ive been using the same setup for years: LR 4.4 (i didnt do the latest update) plus my 2008 macbook running lion 10.7. over the past year ive seen more and more examples of 'banding', with different cam/lens digi combos, as well as with fixed lens digis. its like the visual version of an echo: striations of concentric shadowy lines in ckear sky and highlight clouds, an example below. ive tried shooting raw, no real difference, though the effect is somewhat muted, but still there.

now maybe i screwed some LR setting inadvertently, or ive read that monitors 'degrade' over time, or im doing something else wrong. ANY IDEAS?
thanks 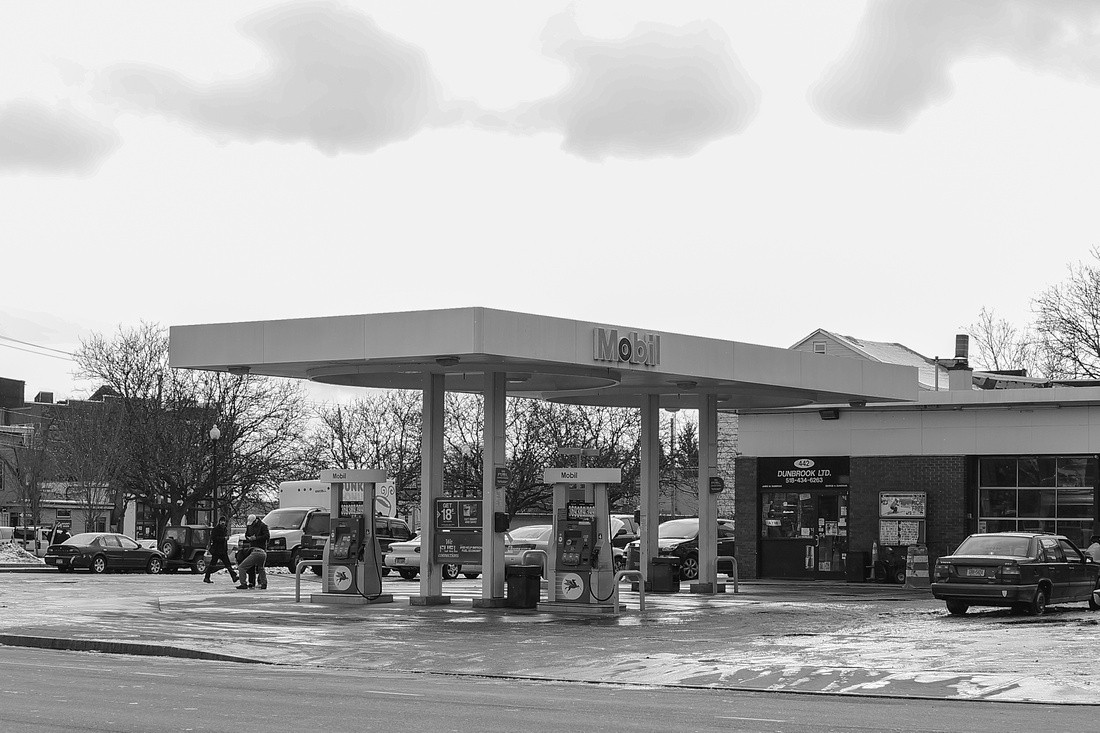 Is Lightroom the common factor in all of the images which show the problem? You've said that it happens with multiple cameras /lenses, and since I can see the effect on your sample above I believe that rules out a monitor fault.

Does it always happen with images that you've processed through Lightroom, and never happen otherwise?

I don't know Lightroom so I don't know if it's possible to have some sort of mild luminance quantization / solarise effect permanently set - but that's what it looks like. Or a stuck 'bit' somewhere.

This is not banding, to me it looks more like you've involuntary set the image range to only 256 levels so the soft transitions are rendered in "steps".

That's the kind of thing I meant.

Do you see it like this within Lightroom, or only on files that you have exported?

thanks so much guys for your help. this is what i see upon import to LR, before any processing or saving or exporting. i can increase or slightly decrease the effect, but its there on import, raw or jpeg. i cant tell if i see it 'elsewhere' because i only import photos thru LR, which ive done the same way for a few years.

Can you look at an original jpg file which shows the problem in Lightroom by some other means - just a Windows or Mac picture viewer, or a browser? This is just to confirm that the original image is free of the problem, before you involve Lightroom.

I'm not a Lightroom user but it seems to me that something is happening on import to reduce the available brightness levels for the image. Pictogramax (above) is suggesting that the image has been reduced to 256 levels (8 bits), which may well be correct. Are there any options for that within Lightroom?

I was wondering earlier if importing a RAW file for the 'wrong' camera could cause this problem - i.e. losing 16 out of 24 bits (if that's what's happening) but then that wouldn't affect a JPG file, would it?

I'm afraid I have to give up here. Hopefully a Lightroom user will chip in.

well, i just downloaded to Aperture a jpeg picture i took today that exhibited this 'banding' in LR. i fully expected not to see the problem in Aperture, but i did! same problem to the same degree in a different program!

sooooooooo.....now i think we can eliminate LR, no? is it my monitor? could it possibly be the camera?

i'm not definitive on this, but it seemed to happen today only in shots i took directly into a bright sun....

It could be the camera. I know absolutely zero about the RX1, is there a setting in there which allows you to reduce the quality before import? Has it been set inadvertently? TBH I have ONLY ever seen artifacts like these in 256 colour or 256 greyscale, as someone already suggested. The fact that it happens in aperture as well would suggest a camera issue.

Here's another suggestion. try using Image Capture instead of an edit program. It has no hidden way of changing photographs at all, what you see is whats there. You can pass it back to LR or Aperture later, just import direct from camera to a folder.

Also... are you able to zoom into the shots on the camera? If those show no banding, then its somewhere between on-camera shot and visible shot after import.

EDIT: just saw your other thread where you mentioned trying jpg&raw, so nevermind


also, have you tried importing the same image as jpg and raw?
(Apologies if you mentioned this already somewhere.)

Could it be that the camera applies some setting to the JPGs that has gone "wrong" (too strong, etc.)
Like some dynamic range compression setting or even a picture effect?

If you see the problem in the jpgs, but not the raw-files, it's something the camera does...

Or you could make available to some of us the RAW file, on DropBox or sent directly to e-mail to those who would help.

We could try and open your image in our respective software(s) and see what's happening.

The idea above is a good one. Maybe you could try the reverse process too - take someone else's known good RAW file and process that yourself. We need to narrow this problem down with a bit of formal scientific method

I think we've ruled out the computer monitor - it just gives a passive view of the image along the way, as I understand it. But what about the computer graphics card, or something else within the hardware / firmware settings / operating system of the computer?

Tony - I'm guessing that until now the images have all been processed on the same computer. Is that right?

probably a dodgy monitor profile. Is your screen hardware calibrated.

My understanding:
1. it happens to all of you cameras
2. It happens in LR as well as Aperture

This basically rules out LR and camera problems (unless all your camera have problems). This suggest monitor or graphic cards issue. However, to be sure you could: import one of your files in software on other computer. If the problem isn't there, it's your computer. You could also send a file to one of us to check if you don't have another computer at your disposal.

Yup, I haven't thought of that, but it could definitively be either display setting or faulty graphic card.

But if that is so, any image should be like that on your screen, not just your images. Try setting something from Flick as your wallpaper and see what's happening.

first, thank you all so very much for your interest and thoughtful comments!

here are the issues that make this particularly difficult to get my analytic arms around:

1-it does not, as ive yet noticed, happen on every camera. i havent seen the effect ever on my x100, though i havent used it lately in the harsh winter light. i shall do so, but ive had it for several years and used it often in all seasons and conditions...

2-on the cameras on which it has occured, it happens both in RAW and jpeg and only is visible in clear sky or highlight cloud.

3- BUT it does not happen in every sky/cloud picture, only seemingly randomly. yesterday i took about a dozen pictures that implicated lots of (clear) sky and only got the effect twice. i am beginning to form the hypothesis that its appearance may not be random, but may be more likely to occur when shooting kind of directly into bright harsh sun. certainly when i noticed the effect on my gxr it was in that circumstance, so i at the time attributed it to the characteristics of whatever lens i was using.

combined, these circumstances are kind of militating in my mind to implcate the lens and/or sensor, but certainly i'm no expert and i probably dont have enough data to draw that conclusion.

Do you have access to any sort of test chart which includes ramps of brightness? At the bright end of the ramp you should see the same contour lines you sometimes see in your pictures of sky and clouds, but in a more manageable / repeatable way. If the problem is as basic as the brightness levels being limited to 256 levels you should see a nice set of contour lines across the whole picture, from black to white.

Try a Google image search for test patterns and see how they look on your monitor.

If this is happening with the images gathered by several cameras, it's not a camera fault. Not sure why certain cameras should be exempt though.

This is my workflow. What is yours?

Focusing issues with my DSLR's VF, not sure what the problem is.
2