What Makes A Compact Camera Serious?

How serious a camera is will depend on its performance, user interface and features. Performance analyses the output of the camera as well as how quick and accurate it is at producing that output. This would entail a detailed look at all aspects related to image quality as well as measuring the speed and accuracy of autofocus, exposure metering and white balance. How fast a camera is ready to take the following shot is also a significant aspect.

Under user interface, one could look at the ergonomics, control layout and menu structure. Is the menu structure logical and consistent? Can frequently used settings be accessed efficiently? Can the photographer customize the user interface to suit his/her needs? Another aspect of the user interface is the quality of the screen and/or viewfinder: is the view good enough for the photographer to be able to decide on a specific composition? In the case of live-view, does the preview image adequately reflect exposure and white balance?

Both of the first two categories, an analysis of a camera’s performance and its user interface, require testing each camera. The results of these tests will help a photographer to decide which camera meets his/her specific needs the best.

A specific camera’s features also determine whether it can be used as a serious photographer’s tool. Since a camera’s features don’t require testing, it is possible to select potentially serious cameras based on their specifications. Any that meet your definition of what entails a serious compact camera could then be evaluated in terms of their performance and user interface.

Looking at the features that a camera offers is one way of reducing the sheer numbers of choices when selecting a compact.

Since we’re dealing with compact cameras here, it is necessary to set a maximum weight and/or size. How compact a camera has to be is a subjective choice. Each individual will set the limit of what he/she deems as compact differently. For the purposes of this discussion, I’ll select a maximum weight of approximately 350g. That’s about half the weight of a smaller consumer DSLR with its kit lens. This would mean that the Canon G9’s 364g would form the upper weight limit.

Assuming that a serious photographer wants to be able to override his camera’s automatic mode at least some of the time, then the camera should also have a certain amount of manual control. The most basic of these include manual control over aperture, shutter speed and focus. Without refining the criteria for selecting serious compacts further, the list of candidates is quite long. It includes numerous Canon models like the Powershot A590 IS, A650 IS, G9 and SX100 IS; Nikon’s P5100; Panasonic’s FZ8 and LX2 (plus their Leica counterparts); Ricoh’s GRDII, GX100 and R8; as well as Sigma’s DP1. Numerous cameras like Fuji’s F100fd, Panasonic’s FX500 or Samsung’s NV24 HD aren’t included in this list because they don’t support manual focus, even though they do have control over aperture and shutter.

Requiring that any serious compact can also record images in RAW further reduces the list of possible cameras. The RAW format allows the photographer to circumvent the camera’s own image processing, yielding more control over image quality. Simultaneous recording of both JPEG and RAW files offers the advantage of being able to compose a photo in black and white while being able to fall back on the full colour information contained in the RAW file. Adding the requirement that serious compacts must be able to record RAW files reduces the list of potential candidates dramatically. 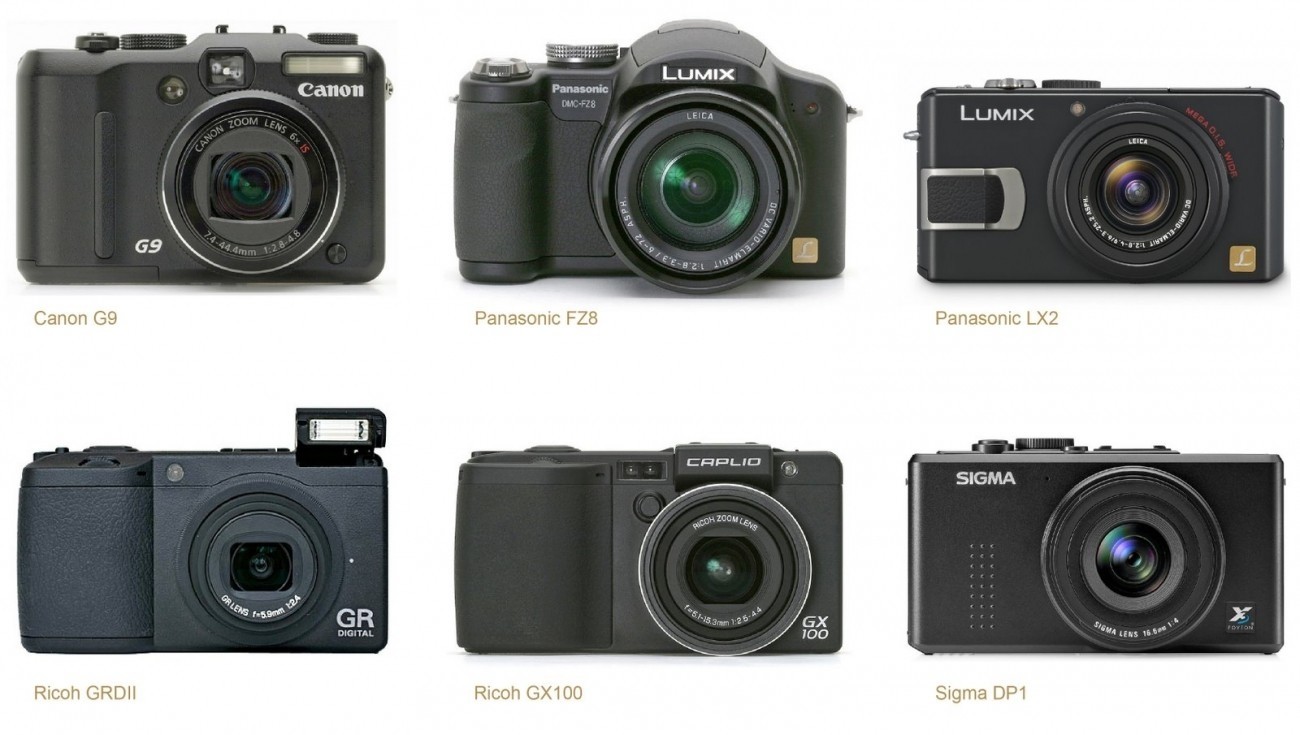 That’s not very many contenders. Of course that’s only one possible definition of what combination of features constitutes a serious compact camera. Removing or loosening any of the criteria can make the list grow considerably. Adding additional requirements, for example, that the lens’ focal range must start at 28mm equivalent or wider, shrinks the list to only 4 contenders.

This list does not preclude any other, by definition “non-serious” digital cameras being used in a serious way. Nor does it evaluate a specific camera’s performance and user interface. It just shows how quickly a potentially huge choice among digital compacts can be whittled down to a half dozen contenders when a photographer is looking for manual control over exposure, focus and image processing.


Originally published on the old Serious Compacts blog. Older comments can be found here: What Makes A Compact Camera Serious?
Last edited by a moderator: Oct 1, 2016

What makes a Compact Camera !!!

Will someone make a serious mirrorless compact camera system?

What's the most compact "serious" camera?
2