What the Other Guy Sees (Newport Jazz Festival 2012)

Supporter!
Pictures are definitely worth a thousand words. Erik Jacobs of NPR was the luckiest shooter at the Festival, since he enjoyed exclusive on-stage access. I caught him a few times in action, but this frame was particularly memorable. He's hugging the edge of the stage, literally in close contact one of the main speakers and Sam Sadigursky less than five feet in front of him. Wisely, he's wearing ear protectors given his proximity to the audio equipment. 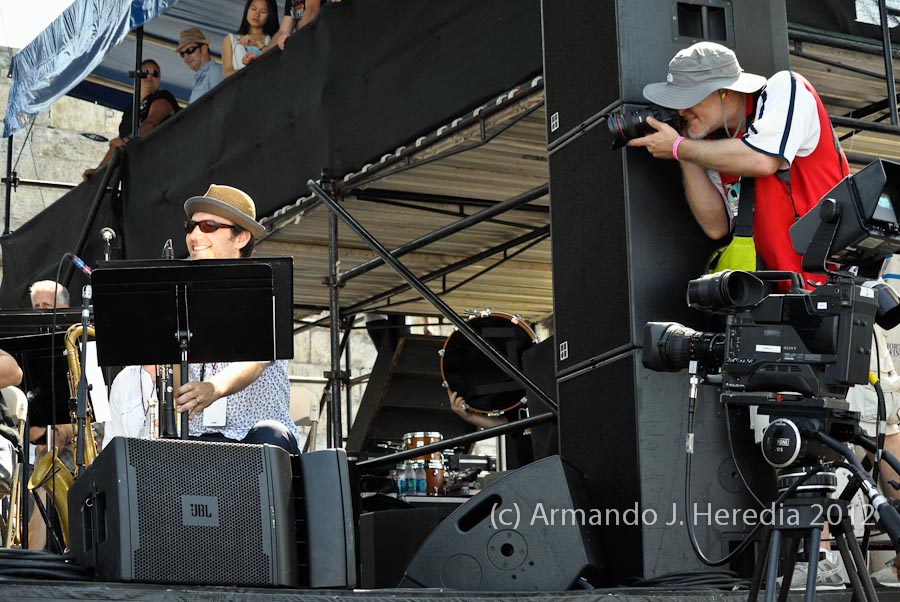 And this is the view he sees from his vantage point.