Nikon Why I bought the Coolpix A today

It seems from all I read leading to today's purchase that 90% will buy the Ricoh GR. I don't blame you/them - it seems to be "better" in many respects - size, weight, customisation, after sales firmware updates reputation, the 'cool' factor, one-handed ergonomics, that snap focus thingy...

I was heartened though by Ming Thein's review, and comparative review to the GR. Although, in the end he bought the GR - for reasons aligned to his artistic preferences, I was influenced by his comments in favour of the Coolpix A. He seemed to rate the image quality very highly, and he is very fussy: "I don’t say this lightly – I think technical image quality of the overall package matches or slightly exceeds that of the Leica M9/ 28/2.8 ASPH or 28/2 ASPH combinations, and far exceeds the Zeiss ZM 2.8/28 Biogon/ M9 combination.". Ming thinks "the way [the Coolpix] renders is very pleasing indeed – plenty of microcontrast bite... it slices things into clean planes, much like the modern Leica ASPH designs." and "Images just seem to have slightly more pop" than the GR's. Almost all ergonomic factors went the GR's way, as did B&W work, customisation, flexibility, etc. But, he noted that his main grumbles with the Coolpix could be fixed via firmware updates. (Fingers crossed!)

Another key factor in favour of today's purchase was Ray Sachs' and Retow's experience and affection for the camera on this forum. I don't know either gentleman, but from what I read, the purchase seems to put me in good company. ;-)

Also, I liked the Coolpix in the hand - it felt just a little higher quality than the GR.

Another factor that influenced me - oddly - was price. In Hong Kong - right at the moment anyway - the Coolpix A is actually cheaper than the Ricoh GR. That is partly a function of inflated pricing for the few GRs that are in stores (common practice here - I paid over RRP for the D800 last year to get it in time for a trip), and partly a function of discounting (already) on the Coolpix A. I bought my Coolpix A today for US$900, with extra battery, 16GB fast SD, a bag and other bits and pieces. The same store had a GR on sale, asking US$966 with no card, no extra battery, no case... (if you pre-order one elsewhere, they are all quoting US$837 for the GR with about a one month wait).

The only gotcha on the Coolpix deal today was that I had to take silver. So in addition to being in the 10% today choosing the Coolpix over the GR, I am in the further minority of those taking silver. But I happened to have a Voigtlander 28mm metal viewfinder - in silver - and although not an exact colour match, it is close enough to look like a set. So, I have an "OVR" at no additional outlay. 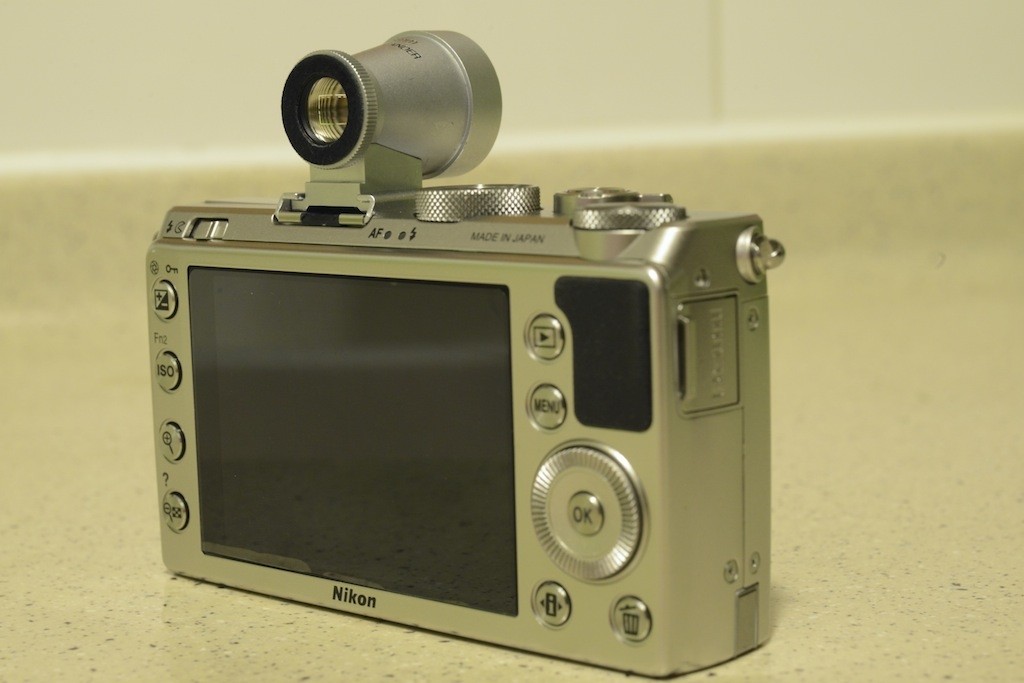 (sorry - taken in my kitchen in artificial light that seems to blend the camera in. I'll take this again in daylight).

BUT... the reason I bought the camera at all (as opposed to this viz the GR), is that it packs a lot of punch and - critically - will fit in my front jeans pocket, meaning it will replace not my D800, but my iPhone 4 (!!) for capturing things out and about. Well, that is the theory. Let's see if I do.

To muddy the waters a little, I did also buy the Sony RX100 at the same time (yes, quite a splurge). This is not complete redundancy, as I see the RX100 as having different potential strengths (zoom, stable video, even greater pocketability, but not quite the same potential image quality).

I have yet to really test the camera and put it into use, but I am excited about it.
L

When I got home with the camera, I took it out of the box and took this photo without checking / changing any settings. Literally point and shoot Jpeg. No editing (except size here): 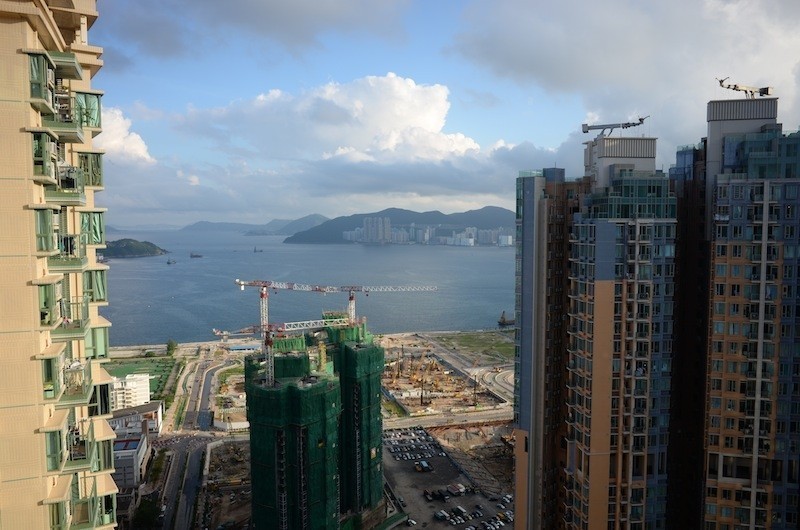 The fuller file can be found at:
First Coolpix A snap | Flickr - Photo Sharing!

It is not a masterpiece I know! But for a jpeg straight out of a compact, I'm already pleased with what this wee thing can do!

Congratulations, it's a great camera (among great cameras - hard to find one that isn't today). Enjoy it!

Ya, Ricoh seems to be more popular in Asia and sold for higher price.

What a view! Congrats on finding a great little camera that you actually can put in your jeans pocket, maybe minus the viewfinder?

I think the silver looks better than the black anyways....

It is a great camera! Between it and the GR, outside of operational differences, it comes down to the photographer.
A

Something I like about the silver Nikon A is that it has a different kind of stealth mode. While the GR is matte black and hides itself, the silver A hides in plain sight by appearing to be 'just another digicam'. No one would give it a second look, unknowing of its true potential. The images I've seen from it look quite lovely, and I think the A would a fine camera to own.

Having a RX100 is a fair complement, I think. You get the benefit of zoom and a lot of the Sony goodies like accurate face detection, IS and decent video. And it's black and even smaller than the A, which gives you that much more flexibility in discreet usage.
L

Yes, without the OVF in the jeans pocket - it would fit at a pinch but the potential to mangle the hotshoe and scratch up the OVF puts me off.
L

This is so true. When we are buying gear we study the choices and choose carefully - these things are not cheap. In the end though its mostly the IQ in the brain rather than the lens-sensor-processor-pp that makes the picture. I will do my best!
L

I agree with both points Archiver.

With the OVF dismounted, the camera looks handsome close up, but discrete in the way you describe from a distance. I never felt comfortable shoving my D800 in someone's face or even direction. Too journalist/paparazzi looking. The silver camera signals - tourist with cheap compact. Harmless. And being "gweilo" I look like a tourist in Hong Kong anyway. ;-)

Last night I used the RX100 while playing with my <3 year old son. The face detect was awesome. It's an intelligent wee camera for sure. I also did a quick sample video, and I'm amazed at how much camera-shake damping / image stabilisation there is built into such a little camera. Much smoother in use than the same test on the CPA.

Welcome. Congratulations with your new camera. Makes a great pair with the D800.
And you've chosen to perfect place for photography!
A great view from your home indeed.
Best wishes, Peter
D

Great choice, your lucky you got it for a reasonable price it's still $1100 here in the US unfortunately hopefully with the prices back there it'll be a sign that maybe Nikon will drop the price eventually.
R

A great camera, congrats to your purchase. It`s one of these cameras which are keepers (as is the Ricoh GR, I`m sure), unlike some of the other digital stuff one never fully bonds with.

Just going by example images here and on the interweb I would go for the Nikon too! The IQ just looks SO yum!! It suits my eyeballs! Congrats on your purchase.

Both GR and A are good camera. But the GR price in HK is very ridiculous! If I were you, I will go for A too! (I don't like to wait!)

I am from Malaysia, GR is almost impossible to find in local store as no one really appreciate. Luckily I got a friend working in Ricoh and he bought for me at US$650 as staff price. When I asked for his favor, he keep asking why I want to buy GR, even their staff there don't even want to look at their own camera

It's a great glove compartment/have with you all the time camera!

K
Live View: Is it really live, or not?

I Want to Be a Borg