I'm sorry to learn about that fire, but glad to hear you are safe and sound, Miguel. Hope the wounds heal soon in your town.

Hi Miguel, I dedicated the second "window" as my entry even though I love LOVE my cat picture. What a personality she has!
I tried to convey it by marking out the title, but that of course was not explicit.
Sorry to hear about the fire hazard in your town. Hope you are safe.

MiguelATF said:
I've been away from photography and the photographic world for the last week, due to the catastrophic wildfire that partially destroyed the town where I live in Oregon, but I am safe and well and back to many of my normal photographic obsessions now and I suddenly realized there is a DEADLINE for this contest looming---
Click to expand...

This has been a difficult challenge to judge - the quality and breadth of the entries has been remarkable and, honestly, there are so many amazing (to me) images, that trying to either 'judge' them or pick a 'winner' has been borderline impossible. But I'm going to try, nonetheless...

serhan's cat, staring out of a window - at his/her own reflection, which seems to be staring right back. is a great image. I also felt like it put me inside a cat's-eye perspective --- I felt like I was the cat, staring at my own reflection staring back at me. How cool is that?

Milan's (aka pictogramax) rich, moody nocturnal shot of the windows of a French billiard parlor ("Billard Français) is lovely. It's got the rich shaded tones of some of Milan's other photos I've seen, but it could also be an image from a time capsule, taken half a century ago, in an analog Kodakchrome age, on the streets of an old city. The wide-angle perspective makes me feel like I'm there, on the street, looking in - but most of all, it's the colours that get me.

What I like about Martin's (theoldsmithy) photo - a stained-glass window in a church - also has to do with light: the brilliance of the window's sharp colors vs the dimness and shadows of the neighboring wall. Plus the mystery of what's going on in the stained-glass window: is the stag in really leaping over smaller boat? Is it fleeing from the mounted cavalier on the right-hand panel? I love the feeling of mystery.

Dave's (davecto01) photograph is also of a church window - a Chapel in Sedona, Arizona, but at the other end of the spectrum: simple, stark, geometric, and contrasty. With that intriguing halo of sunflare in the upper left hand corner...which transforms the image into... I'm not sure what. But I like it.

Pierre's (pdurand) photograph - of the detailed wooden latticework atop a window - captures prosaic details - but the contrast with Mother Teresa, staring heavenwards with her trademark beatific smile, is what brings me back to look at this image, again and again.

ricks altered-reality photo-image is...a real trip. I especially like the effect on the headless mannequins, standing in the window - they seem to come to life in ways I don't imagine would have been possible in more traditional processing. If there was an award for pure coolness, this image would win

Robert's (rayvonn) photo is deceptively simple: a dark room from which we can look out of two windows - one offering a minimal view of the side of a building - but the other, a glimpse of a world full of many things, sunlight, water, a landscape. The contrasts between shadowy interior and life-filled exterior...really work.

Tony's (tonyturley) entry is... just.... classic. A window. Diffused light filtering through. The tree outside. The texture of its leaves. It make me feel like I'm sitting there, inside the room, along with the photographer, enjoying the warmth of the sunlight in the shadows of what I imagine might be my study.


Ad (Ad Dielman) gives us another simple, classic image. With so many great details. The bricks in the wall. The windows, each an assemblage of tiny glass squares. The protruding pipes of some plumbing. But the more I look at it, the more it reminds me of some modern (20th century) paintings - with its sense of shapes - of geometry - of textures. I think it would also make a beautiful print - and be even more interesting to see hanging in the middle of a large whitish wall.

John (matsu) has created an almost otherworldly image. A window. Set in a wall. The bricks of which we can just discern. And most of all, a great sense of light. It's feels John has somehow captured a moment in a magical, parallel, abstract dimension. Very, very beautifully done.


All of the preceding are fine photographs and extreme deserving in their own ways.
My finalists however to be honest probably reflect my own subjective tastes more than anything else.

I have to give a special mention to David's (emerson) photograph - of reflection of a building in the slightly curved rear-window of an automobile. Something about the glass of the window, or its curvature, has distorted the reflection of the building - giving it an almost underwater quality - and the fact that it appears (to us) to be upside-down... further enhances the mystery of the image. The truth is: I love this image...and I kept coming back to look at it, over and over and over. It's hard for me to put into words the reasons why - but I think it's a deceptively simple-but-great photograph.

Then there is Don's (donlaw) photo of what looks to me like an image taken from inside a planetarium - or possibly some cool museum of astronomy (or....where did you take this, anyway, Don?). But....damn! What a great image! Its clarity only serves to enhance the sense of magic in the image of the stars, in the round center of what could be a set from a great Science-Fiction Movie (Space Odyssey 2001, anyone?). There is also enough distortion in the angle and FOV (was it taken with a fisheye, Don?) to almost make me feel like I'm looking through some distorted explorer's telescope---at another galaxy. I love this image.

And finally we come to Akuiper's photograph of the side of a building - in a square in a French city (Meursault). I started looking at the photograph...and then realized I had to keep looking...because it has so many levels of content. First - a documentary portrait of the side of an old French building. Then those multiple windows with their wooden shutters, so typical of French and other European older buildings. But then---Whoah! the 'window' which isn't a window - but is a trompe l'oeil painting of a window! with a grey-haired older lady, standing in her 2-dimensional painted window, looking out at the real 3-dimensional world.

With all the levels, I have kept coming back again and again to study the photograph and, yes, to marvel at it: it seems to be telling a story...which I'm still engaged by. So - Akuiper is my personal favorite here and thus the 'winner' - amid a field of truly fine images. My congrats to you! and my thanks to all of you, for helping me see windows in a different way.

Congrats to @akuiper and everyone.

Miguel, great to see you back. Hope that the city comes together to rebuild from the fires soon. Nice challenge with outstanding submissions from all. Congrats Akuiper! That is a intriguing image.
To answer your questions about my photo, it is an atrium in Texas Children Hospital Pavillon for Women. A project I had a hand in a few years back. Although I was not responsible for the atrium design. It was taken with an old MF nikkor 16 f2.8 fisheye,
thanks for adding all the comments on the submissions. Very cool.
Last edited: Sep 22, 2020
R

Congratulations Akuiper. And thanks Miguel for running the contest and finding time for the comments with all you must be going through.

Lovely and thoughtfull comments as ever, Miguel, especially in light of the recent catastrophe in your town. I would like to see it as a sign of things getting back to order.
And congratulations both to Akuiper for winning and all the others for intriguing entries.
Last edited: Sep 22, 2020

Hi all,
I feel very honoured by the outcome. And I like the words of the 'jury' a lot. It really thrilled me.

I also like to say my thanks to Miguel for his very high quality of curation - his description and appreciation voiced over all entries: a good curating job done. He made it very exciting journey this way.

I will start a new challenge in a few days so keep you eyes on the thread. I will post a link here too.

Great curation Miguel! All the best to you and yours.

Pre-announcement . . This Cameraderie 38th Challenge theme will be: Shadows. 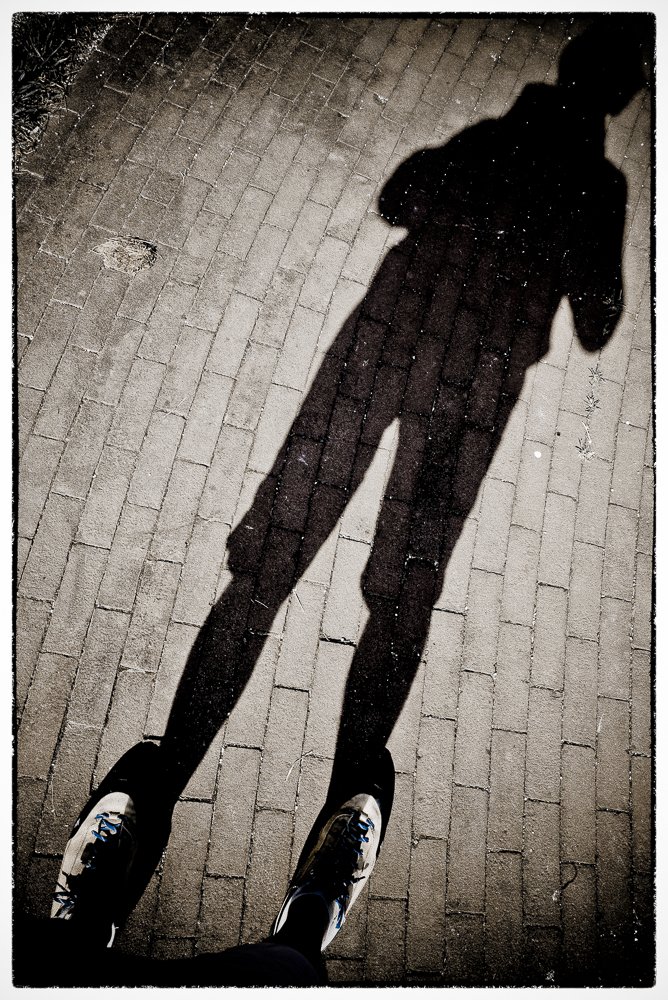 Congrats Akuiper and all others. Thanks Miguel for your kind comments and running this challenge. Well done!
M

Just an embarrassing side note:
When commenting about writing and writing done especially well one should spell write right correctly.

Very well, for the thought-full right up, a statue is indeed what I imagine for the writer?

Often, even as a partial native English speaker, I write phonetically, its crazy, I can see myself write wrong. Type the wrong rong. I do it more in English than Dutch, even though I for decades spoke more English. But I can easily live with it. As long as nobody notices.

But it is this rongness that started the Surrealist movement, so I love it.