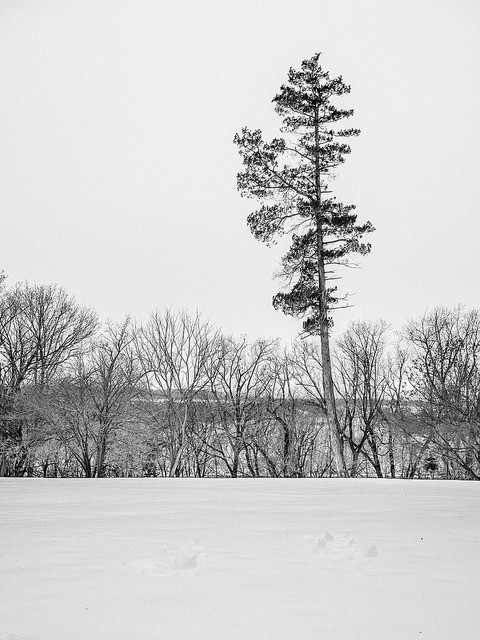 There's no sense in being too technical since the lens has been out for so long (although if you have any technical questions I'd gladly answer), but this is probably the best kit zoom I've ever used. Granted, at nearly $700 when bought individually, it's not exactly priced like a typical kit lens (and there is now a lower end, slower kit lens), but it's quite affordable when bought with a body (heck, at the time of this writing you can snag one with an X-E1 attached for just $720!). If, like me, you're used to shooting with fast primes and have internally scoffed at the idea of using a zoom, you should take a second look. Simply put, it's an incredibly versatile, relatively fast kit lens that will satisfactorily get you through most of your day-to-day shooting scenarios. It's easier to just tell you what it's not good at than list all the things it excels at. 18mm - f/4
​
Not as if protection against the elements were expected, particularly when the lens was released before any weather-sealed bodies became available, but when trekking through hard snow as snowflakes started to fall, I certainly didn't want to risk messing up my review unit. I also always complain about things that aren't weather sealed. 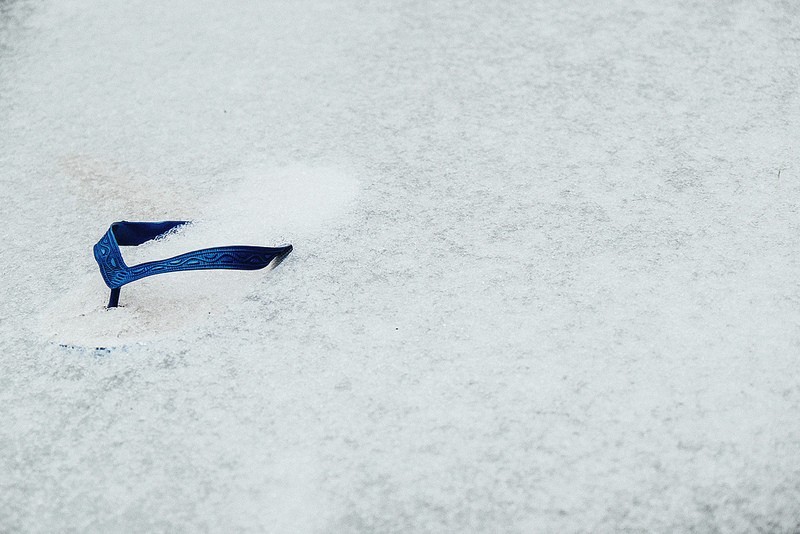 55mm - f/4. This sandal featured disappointing weather-sealing.​
Otherwise, the lens is very solidly built, with a lightweight, mostly metal construction. One of the best combinations of lightness and robustness I've handled. The zoom and focus rings are well dampened, and the aperture ring has distinct clicks. The aperture values aren't labeled like on other Fuji lenses, but this obviously makes sense given the variable maximum aperture of the lens would make such design and operation confusing. The lens extends while zooming, but is surprisingly compact when retracted. Given that it's a stop faster across the range, I was surprised to find it was about the size of a typical APC-S 3.5-5.6 kit lens. Focusing is fast--it feels noticeably quicker than the 23mm--and silent. 18.8mm - f2.8 - Handheld at 0.8 seconds; OIS worked really well.​
At a widest aperture of f/2.8 closing down to f/4 at the zoomiest end, this wouldn't be your ideal lens for shooting in a dark bar or other low-light conditions. I'm used to lenses that open wider than f/2, but I keep reminding myself: "this is a kit lens, and I'm already getting a stop more than I normally would." Nevertheless, this ended up less relevant than I'd expected for a couple of reasons. For one, the OIS is quite effective; I have a pretty steady hand, but I'd say I consistently managed to use shutter speeds 2.5-3 stops slower than what I'd normally need for a sharp image. As long as my subject was relatively still, I found myself being able to use the same ISO I could with an f/1.4 non stabilized lens in many cases. And of course, Fuji's X-Trans sensors perform amazingly in low light anyway. 18mm - f/2.8 - 1/13s​
The other thing is that this isn't a bokeh monster. At these apertures per respective focal lengths, it's a bit unreasonable to expect incredible background melting abilities. That said, the bokeh that is there, particularly towards the 55mm end, is incredibly smooth and free of any harshness. Honestly, I've seen dedicated portrait primes with harsher bokeh than this lens. 16mm would be better than 18mm 18mm - f/4​
I've personally always found the 27-28mm equivalent focal length to be quite boring--wide, but not wide enough--and would have gladly lost a bit from the telephoto end (after all, you can always crop) for something more like a 24mm field of view on the wide end. That's probably the only thing I'd really change about this lens. But still, the focal length range is as useful as any standard kit lens, made better by being relatively fast and very sharp.

Being so used to primes as I am, it was a bit of a refresher to go on one of my typical city photowalks and alternate between wide and tele without needing to switch lenses. Additionally, it was nice to be able to do this without worrying about sharpness decreasing dramatically throughout the focal length range or losing too much brightness as the sky started to darken or I needed higher shutter speeds. It makes you lazy 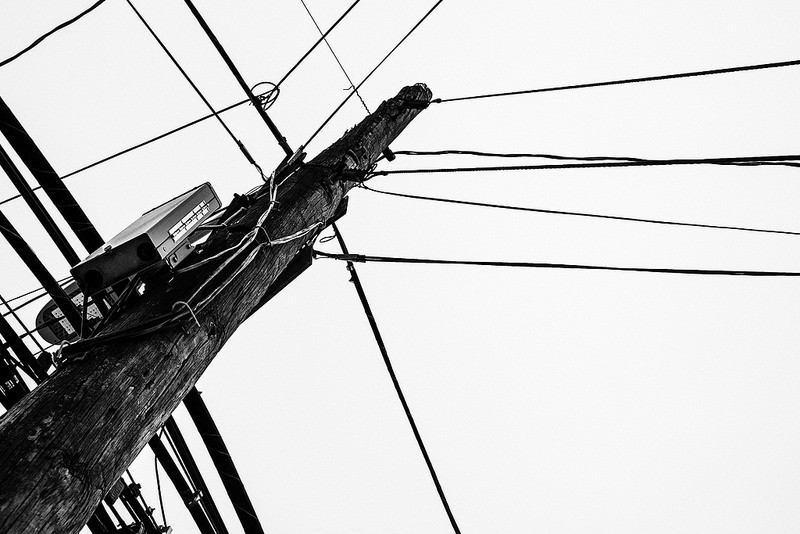 28mm - f/5.6​
That's what zooms do right, make you lazy? Some prime enthusiasts would argue that, but the merits of zooms are also obvious in their convenience, and what a convenient lens the 18-55 is.

In all seriousness, what I like about a zoom like this is that it just gets out of your way. It's hassle-free, and I'm rarely concerned about whether it won't be sharp enough wide open, whether I'm not keeping my hand steady enough, whether I'll need to correct for CA and fringing, whether I need to watch out for flare or low contrast, whether autofocus will be too loud or too slow, whether it will be too big or heavy for my kit. Just about the only serious performance con con I can think of is that magnification for macro shots is only average for the category.

If, like me, after shooting with primes for a long time you thought you'd probably never invest in a zoom again unless you needed a particular feature, you should probably give this lens a second look. While primes can help you view the world from a certain perspective and force you to move around, a good zoom can help you focus on your subject and diversify your collection of shots. This lens does that as well as any.

It just works, and it works very well. ​
*Disclaimer: This is meant to be a real-world impressions post, and as such these photos are all taken through my standard Lightroom workflow, which often includes heavy editing. Therefore, images may not be perfectly indicative of straight-from-camera quality. That said, fixes other than color and tone gradation are kept to a minimum*
Last edited by a moderator: Aug 21, 2016
A

Well well, I see you've been shooting nights at Ridge Hill. Almost surprised I'm not IN your picture. A few from Untermyer Gardens, too - also in the neighborhood. Guess we travel the same paths... Nice tones and contrast in these shots, and nice overall review of the best "kit" zoom I've ever owned.

It is good to read about the positives. I've heard the 16-50mm is quite good as well.
N

afkenner said:
Well well, I see you've been shooting nights at Ridge Hill. Almost surprised I'm not IN your picture. A few from Untermyer Gardens, too - also in the neighborhood. Guess we travel the same paths... Nice tones and contrast in these shots, and nice overall review of the best "kit" zoom I've ever owned.
Click to expand...

Hahah awesome! It was a shame I couldn't actually get in the park due to it being closed; it was a pain just getting as close to the door as I did through all the hard snow prone to cracking!
A

napilopez said:
Hahah awesome! It was a shame I couldn't actually get in the park due to the snow; it was a pain just getting as close to the door as I did through all the hard snow prone to crack!
Click to expand...

I've been all through that park in the warmer weather, it does make an interesting subject in the snow as well. Nice to find another X-shooter here in Westchester, perhaps we'll run into each other one day.
E

Have one, use it very seldom as I shoot wide and prefer smaller primes. But its a superb moderate zoom, good execution by Fuji.

the xc lens? just a note - lmo won't be available for the xc line of x-mount lenses.

(Sent from another Galaxy via Tapatalk.)