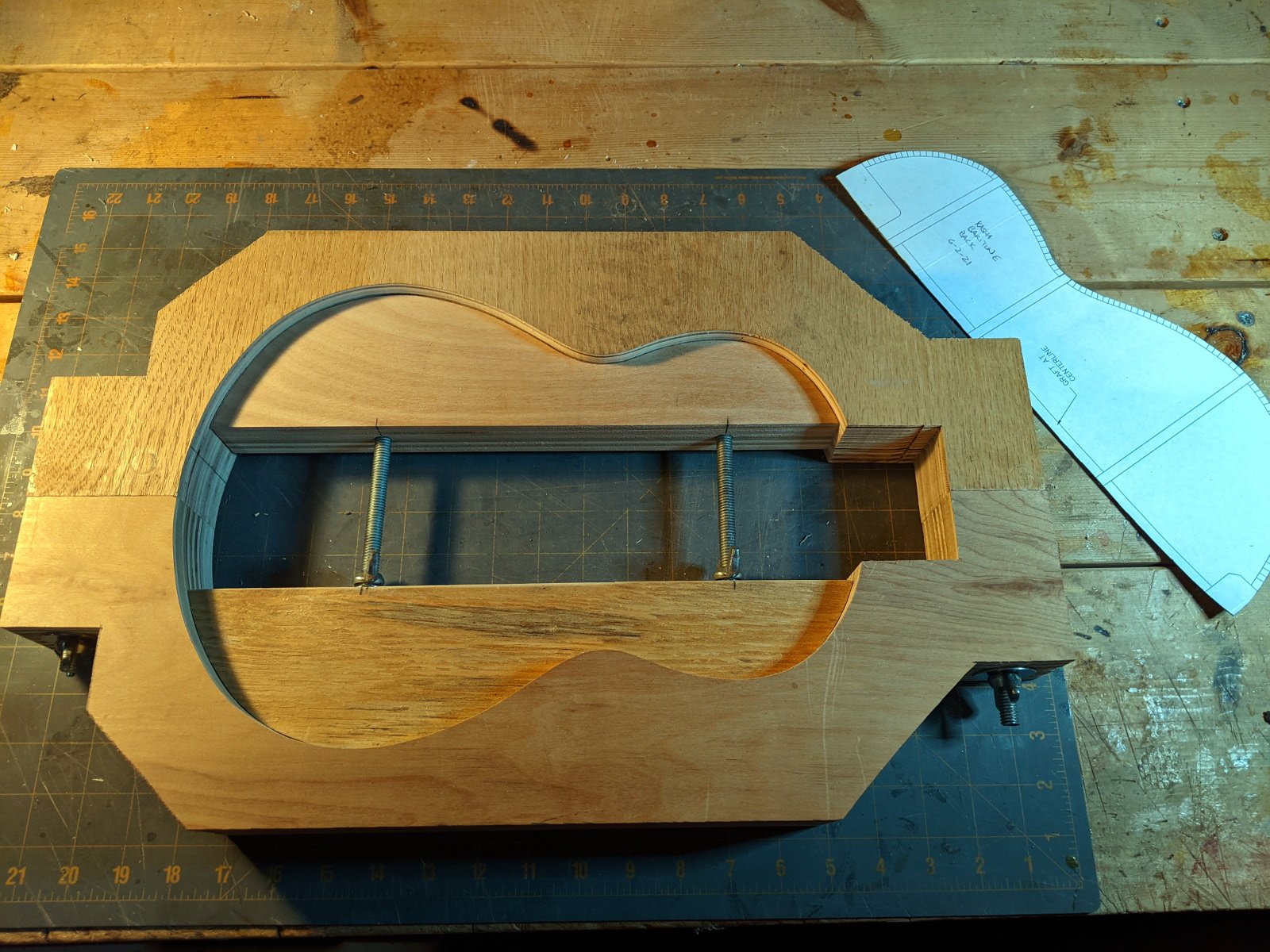 Looks so simple once you've already done it for us...

KillRamsey said:
Looks so simple once you've already done it for us...
Click to expand...

It does look simple until one starts building it.

It was a busy and productive week in the shop. This is where I left off yesterday evening, after gluing in a final support piece on the neck block. I'm planning to glue the back on the kiku project Monday or Tuesday, but I'm taking today off from the woodworking to give myself time to step back and refocus, making sure I've done everything that is necessary. A mistake here can ruin the entire project. 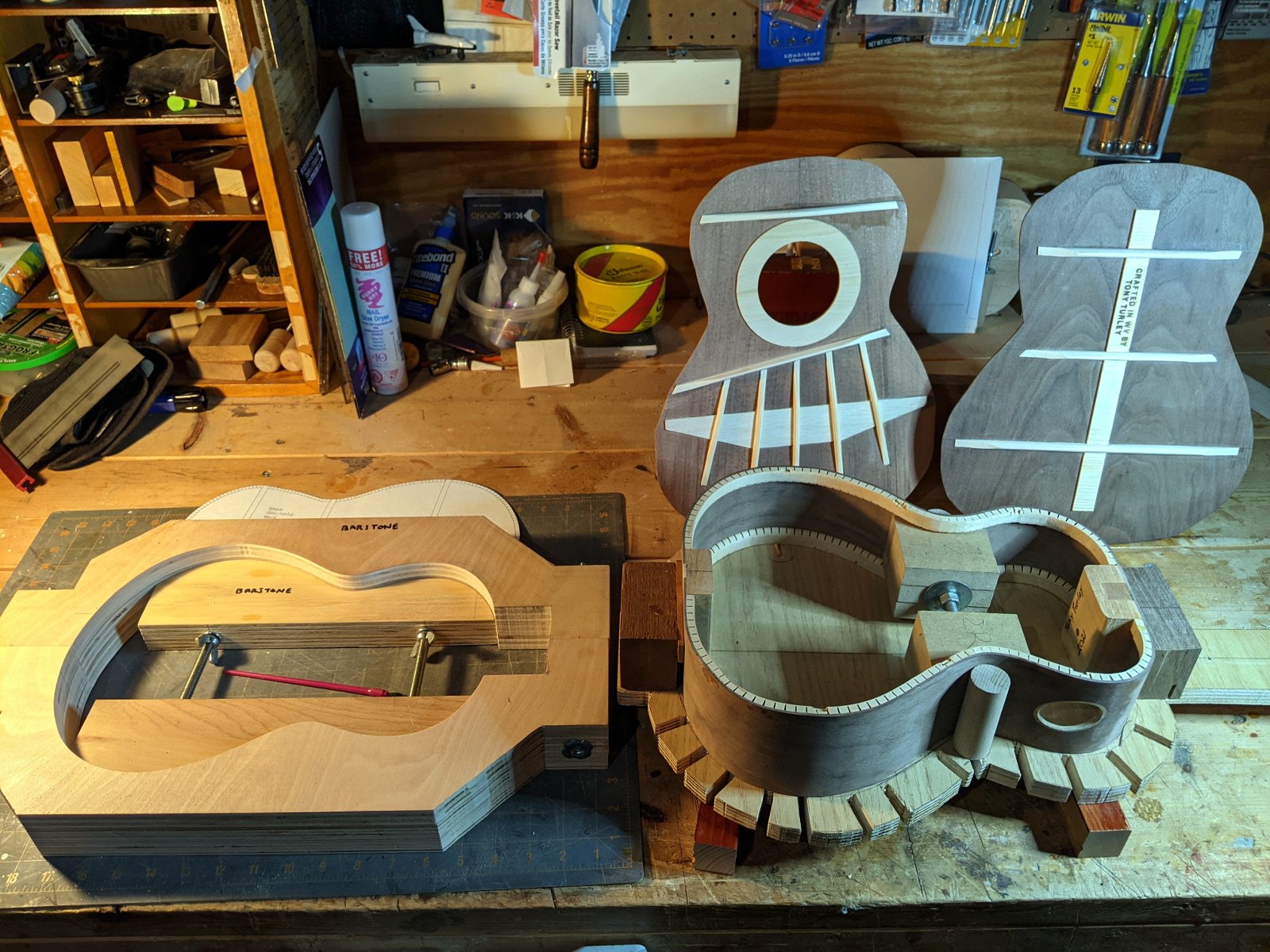 The kiku top and back are attached, the binding channels cut, and the body sanded with 120 grit. I'll eventually sand to 320 grit. Next is installing the spalted Sycamore bindings. 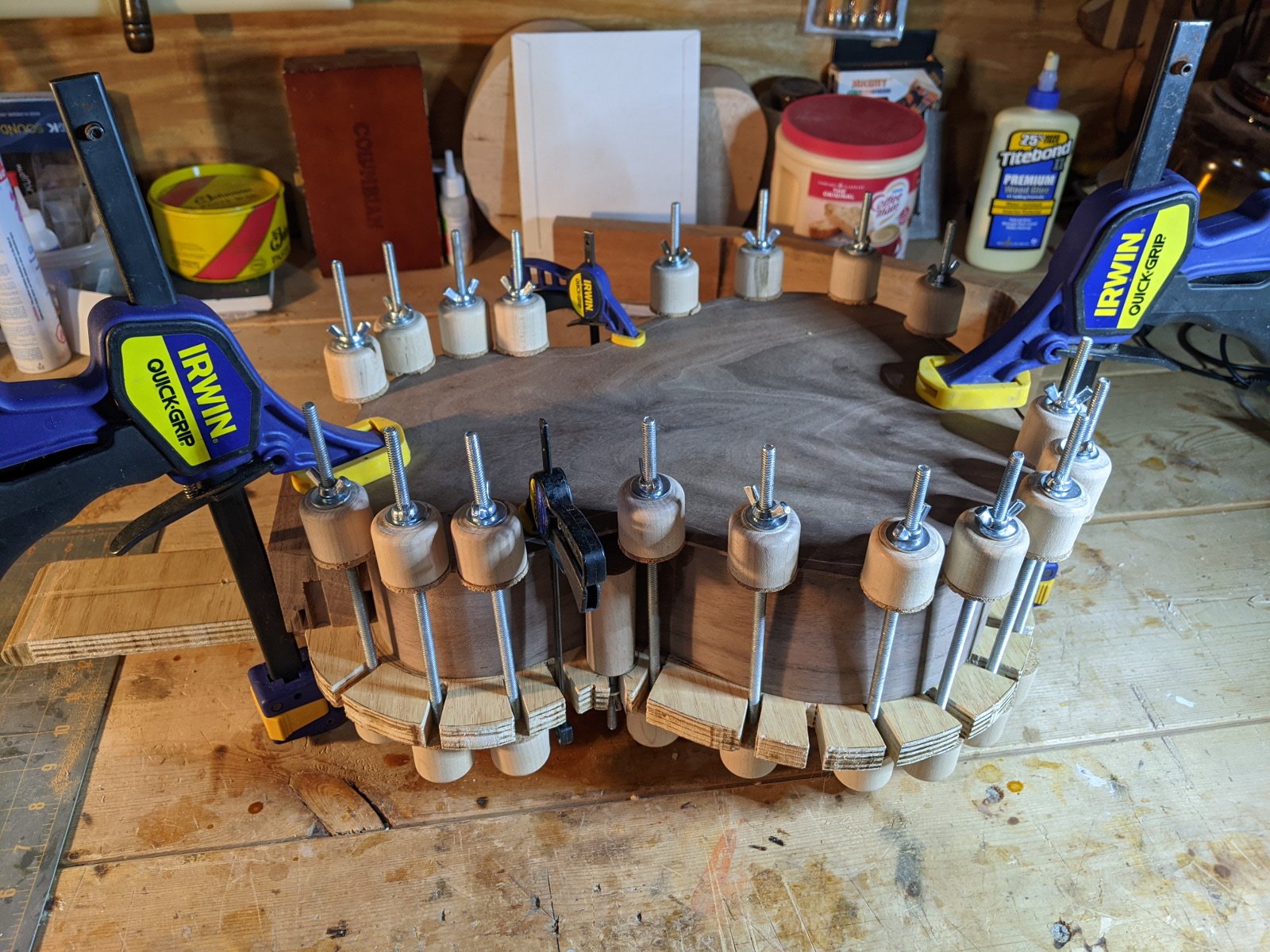 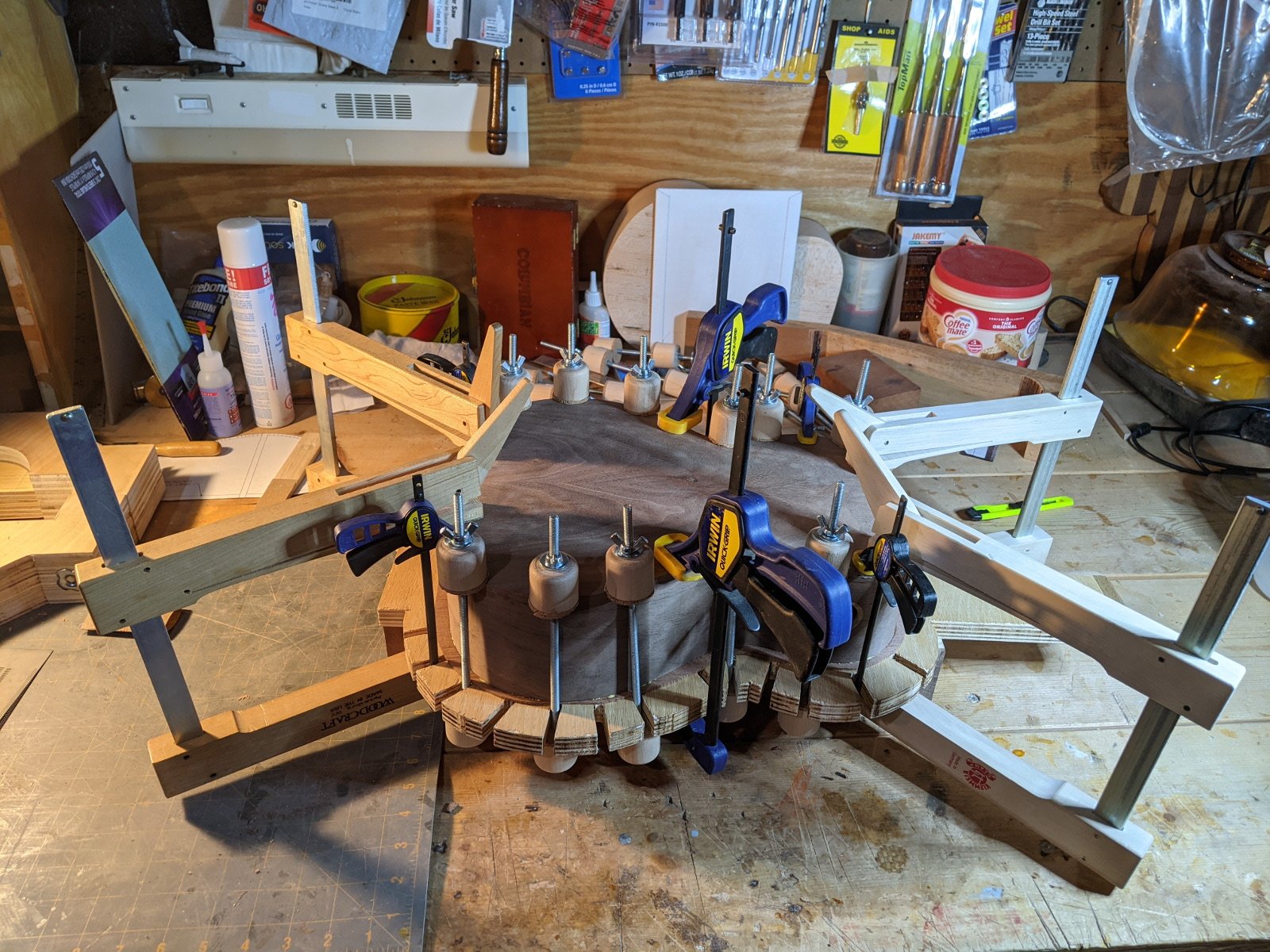 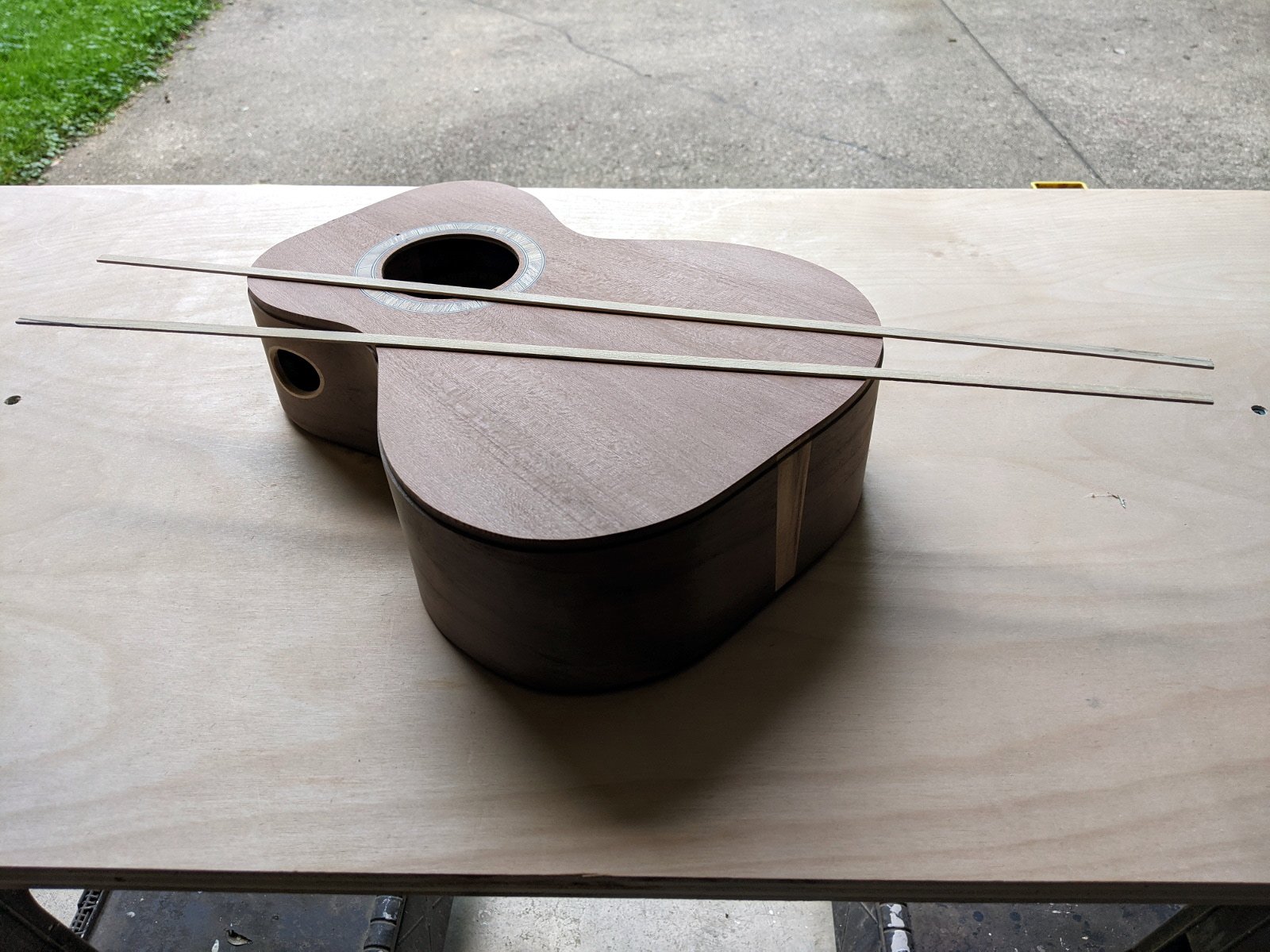 The biindings are in place now, leveled with the soundboard and sanded. Tomorrow the bindings get leveled flush with the sides. After that, the neck work begins. 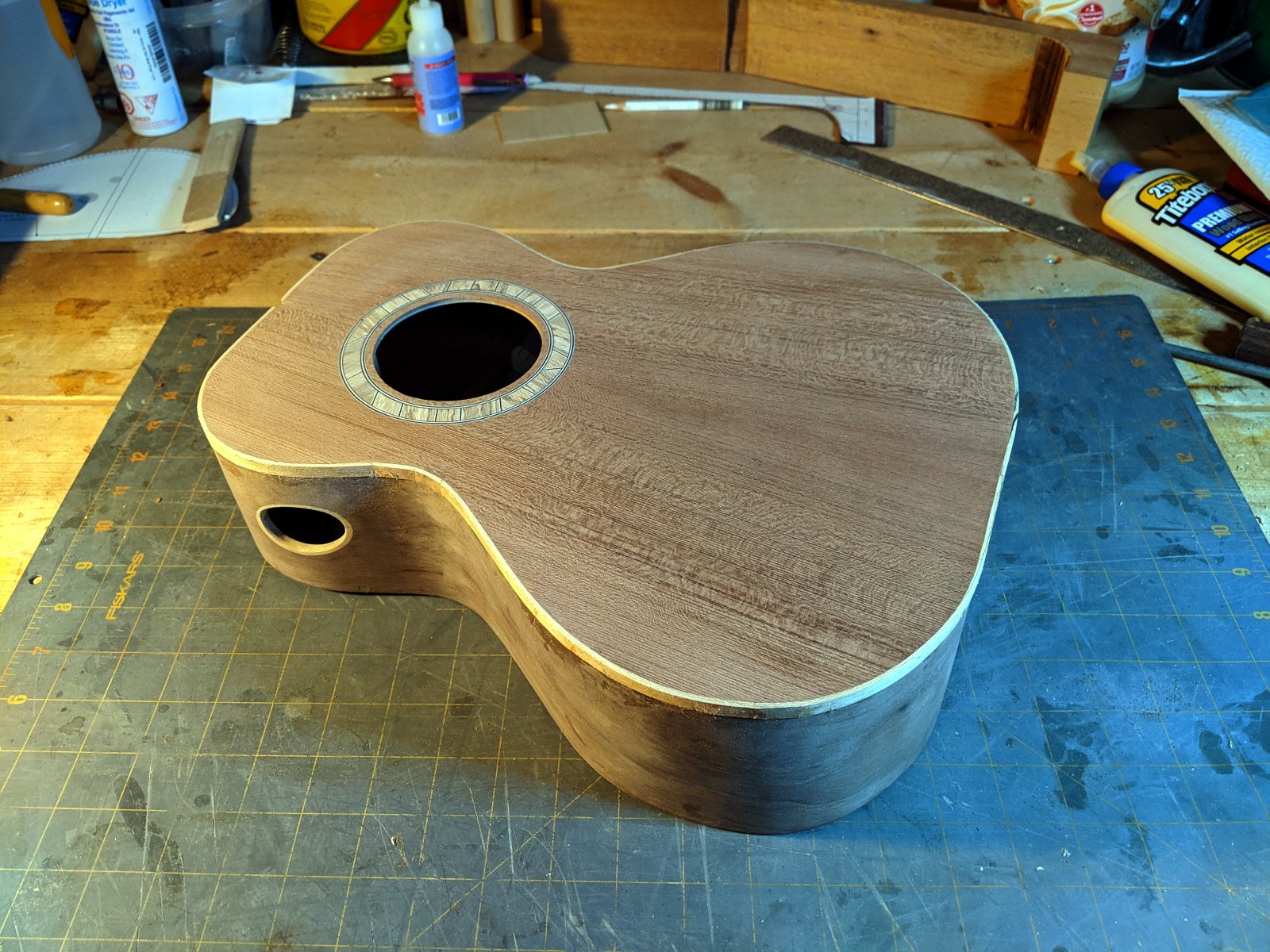 Just to show things don't always go as planned in the shop, I just came in from cleaning the garage after routing out the set of spalted Sycamore bindings I had installed on my kiku body over the last 2 days. Spalted Sycamore has to be the most unforgiving wood I’ve ever tried to bend, even worse than curly Maple. The stuff split if I looked at it the wrong way, and the fibers also seemed to tear when I was scraping the dried bindings. Despite the cracks, I still went through with the binding job, taping and clamping the cracked areas tightly as the glue set. The bindings were nice looking after scraping and sanding – except for the places where the cracks had been glued. Those stood out prominently in my eyes, so off they came.

I don’t know if the fungus that caused the spalting caused the Sycamore to break so easily, but I have some un-spalted Sycamore on hand, so I think I’ll cut the new binding strips from that. But not today or tomorrow. I think I'm going to load up the bike and go for a ride in the rain in the morning.

Wonder if you can steam them first?

KillRamsey said:
Wonder if you can steam them first?
Click to expand...

If I had that capability. I think the next batch I'm going to soak for about 30 minutes before I attempt the bending, and use a much hotter homemade bending pipe I used to use before I got the commercial one. Other woods like Walnut and Indian Rosewood bend with ease. Some woods are just not as friendly when bending.

It was bugging me to wait, so I went ahead and cut a new set of bindings from garden variety un-spalted Sycamore. I soaked them in hot water for an hour first, and it was probably the quickest, easiest bending task I've attempted. Here they're just taped in place. I want to clean up the binding channels a bit better before gluing them in permanently. 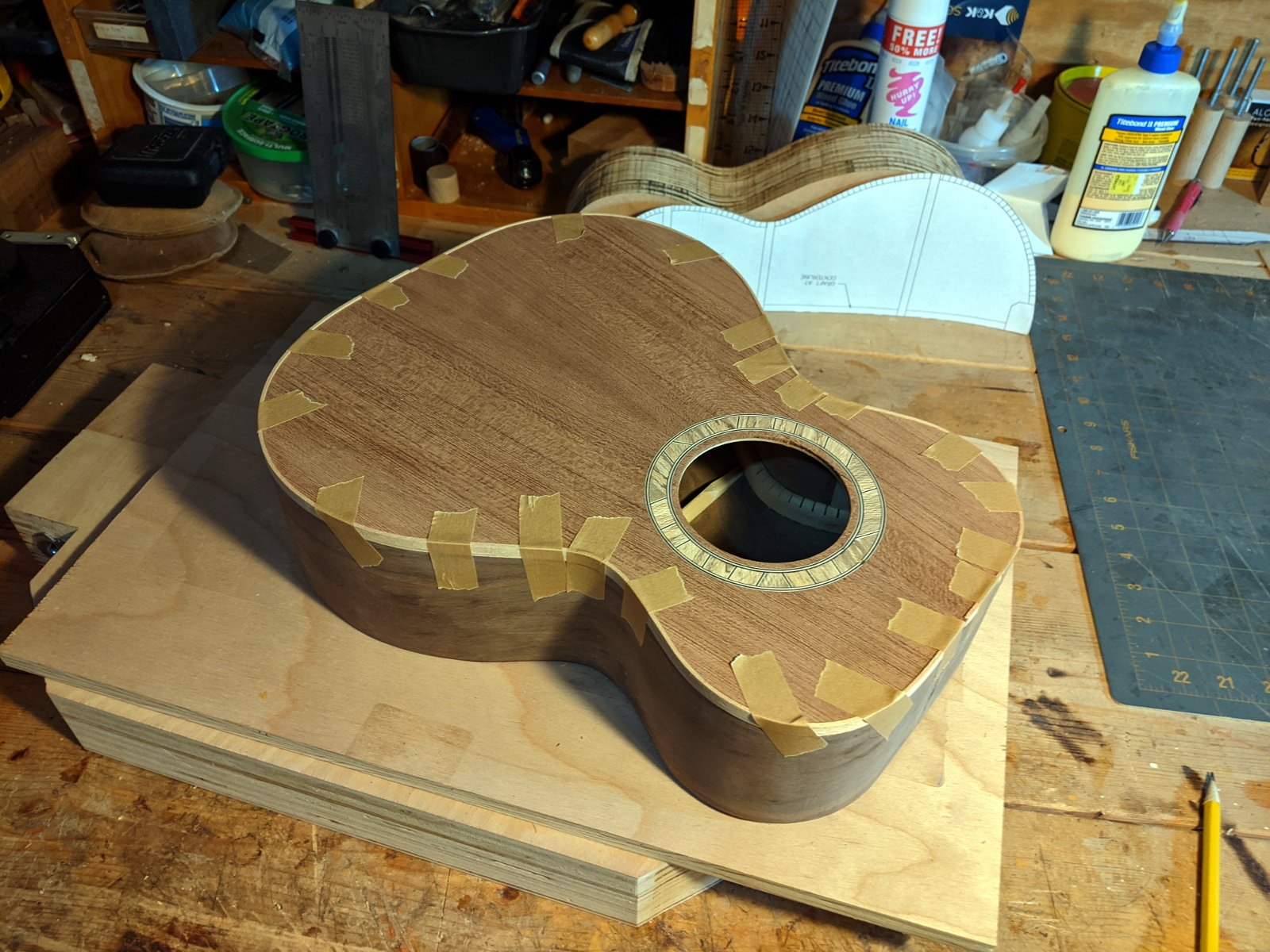 Cutting the rear binding channels on a tapered body is always tense. Although I've done this on half a dozen instruments now and "think" I have it down pretty good, in the back of my mind is the knowledge that a goof here can ruin the project. 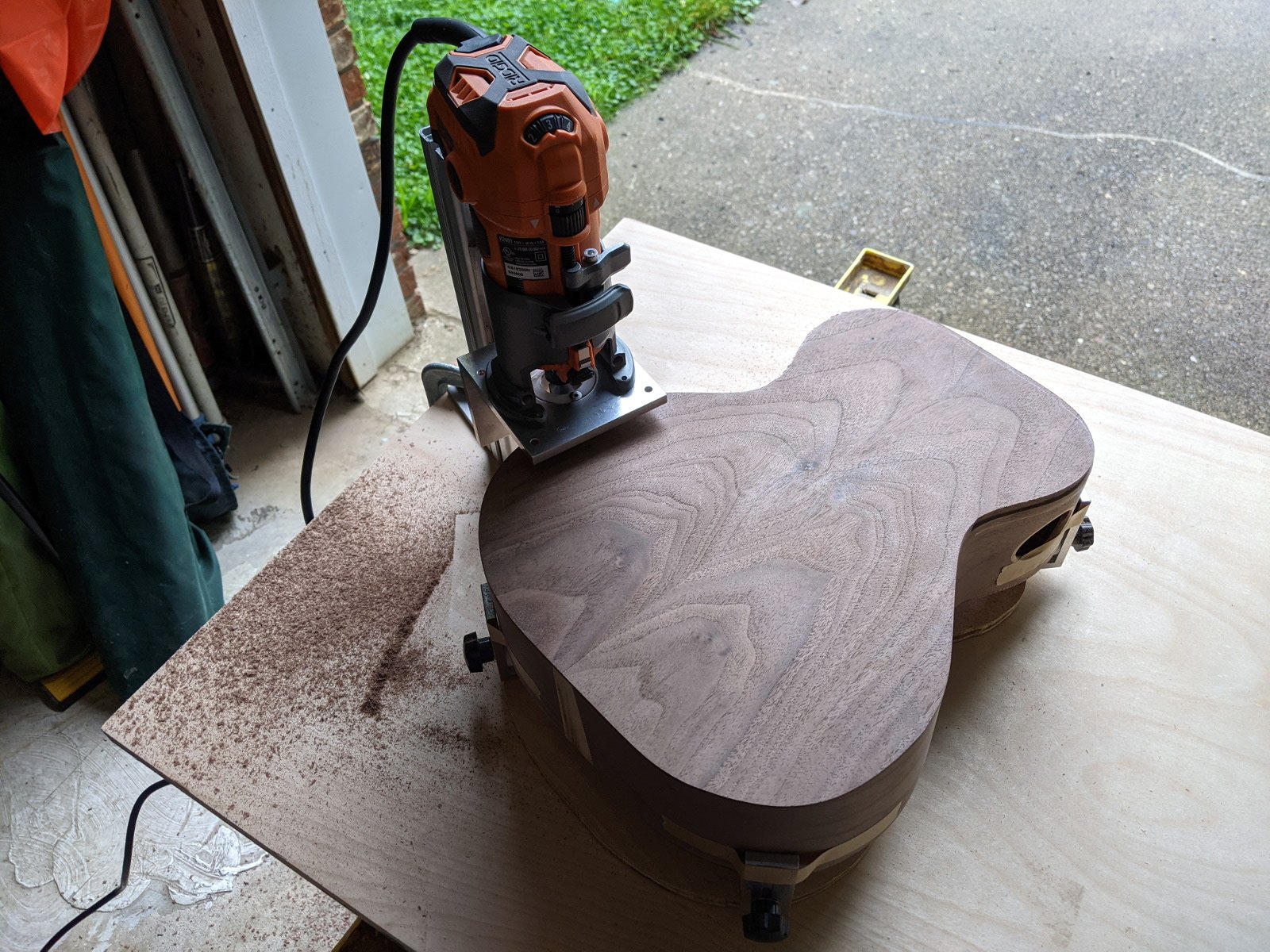 Waiting for the glue to cure on the replacement top bindings. The rear bindings are mostly scraped flush. Good place to stop for the weekend. 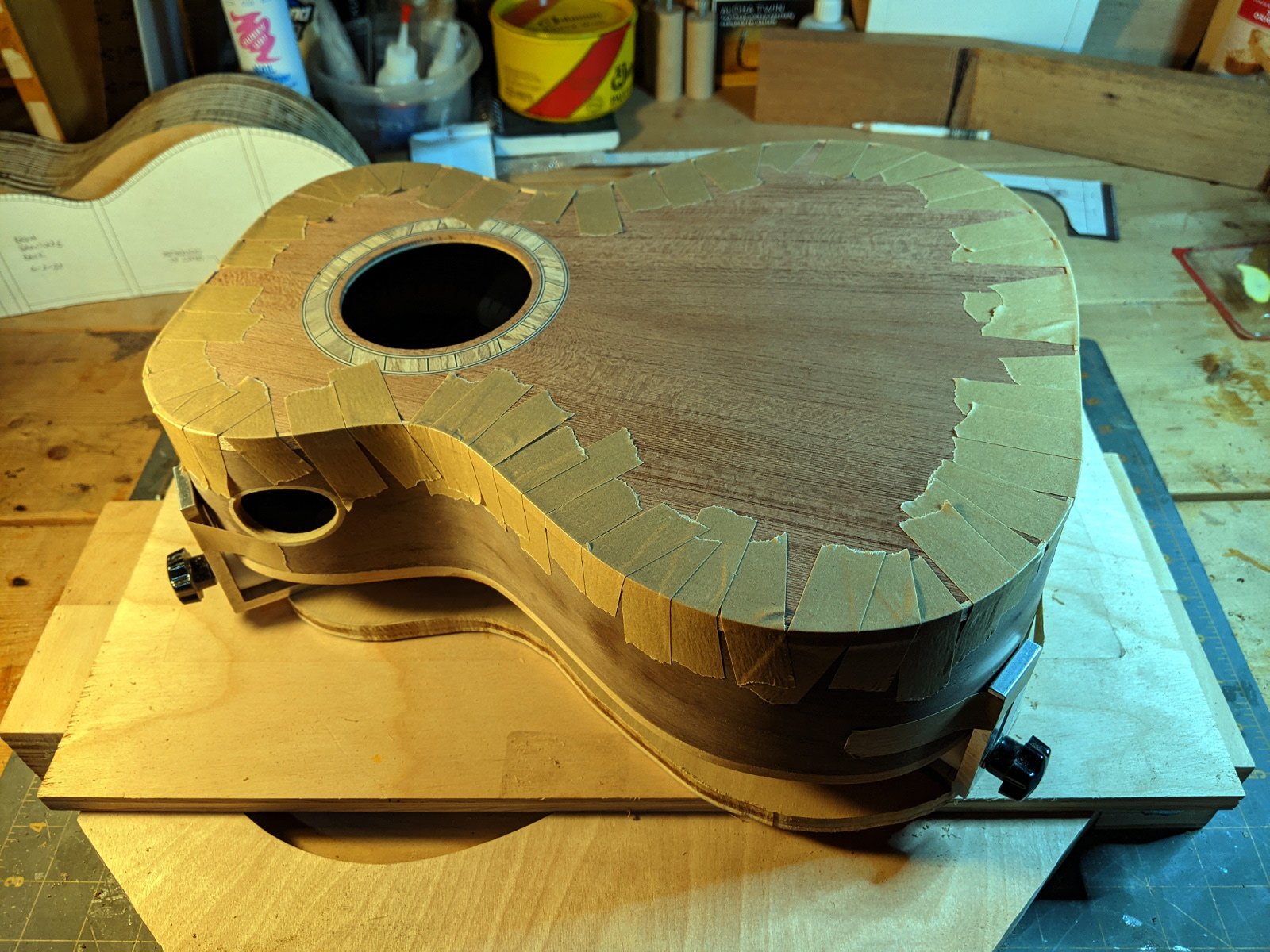