I will take the VF-2 or OM-D's built in viewfinder any day over the one that is in my NEX-7. The refresh rate is better on the Olympus and somehow the image seems more bright and definitely less harsh (tones/contrast seems more accurate). I am guessing one area Fuji could have improved the implementation is with the eyecup - I have found the NEX-7's EVF to be tough to use outdoors in bright sunlight, and pretty much impossible with any kind of sidelight (dawn/dusk).
T 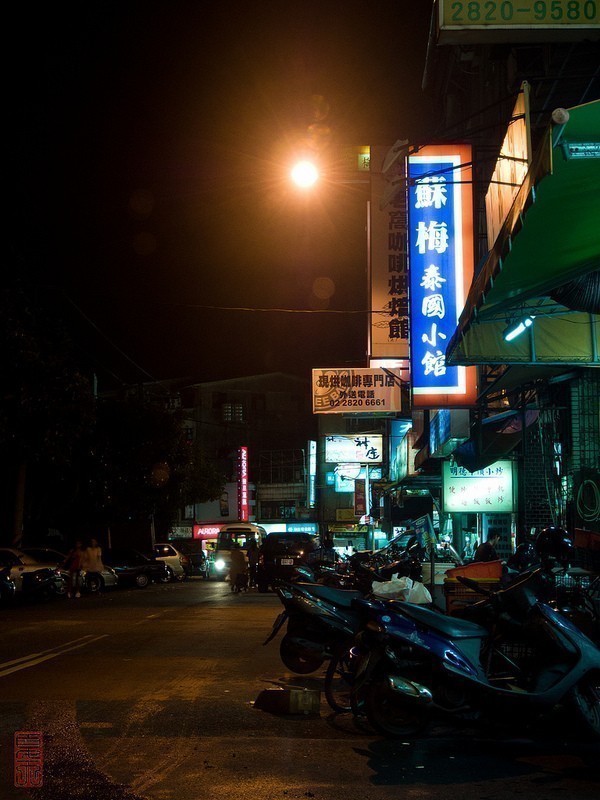 Both shots were imported via LR4.2 and each one had it's own camera custom color profile I created with X-Rite's ColorChecker Passport. Both were RAW shots.

I was expecting the XE1 to feel really light. But with the 35/1.4 on, it feels just slightly lighter than the OMD with the PL25 on.

For my hands (medium size with skinny fingers), both the XE1 and OMD can benefit from a bigger grip. The XE1 is slightly nicer to hold, because it is slightly bigger.

The EVF of the OMD is DEFINITELY better from a "smoothness" standpoint when panning. But the XE1 has better contrast and colors.

I haven't updated the firmware on the 35/1.4 yet. As it stands right now though, the AF speed of the OMD + PL25 wipes the pants off the XE1 + 35/1.4. The OMD also locks AF on subjects that the XE1 refuses to lock on. Maybe things will improve after I update the firmware on the 35/1.4. The AF of the OMD + PL25 is nearly silent. Whereas the XE1 + 35/1.4 is noisier -- although (thank goodness) without any of the aperture blade chatter on the early XPro1.

I have not taken any photos with the XE1 yet. But I'm sure it'll be every bit as good as the XPro1.
T

I don't know why people get so hung up on EVF IQ? It's just a composition device. Surely the most important thing about any camera is image quality and if the camera does what you need it to do like burst shooting etc. From my experience the Fuji is pretty hard to beat IQ wise and that is for me THE most important thing. I guess other things are more important for others but I would not choose one camera over another just because it had a better viewfinder. Horses for coarses i guess

I have the feeling that the XE1 will be more enjoyable for me as well, given that it's more or less a XPro1. I like aperture rings and shutter speed dial. And I am totally biased towards cameras that look like rangefinders.

As of now, the only thing it's missing for me that I really hoped for was face detection AF. It makes off center portraits much easier, especially if I hand the camera to someone else who does not know how to focus and recompose.

EVF IQ is important so that it doesn't feel like you are watching crappy TV. A crappy EVF is no different than using a small dark tunnel like OVF. That's the beauty of cameras like the Xpro1's hybrid VF.

It doesn't make the images you take any better/worse

Could you explain why ?

Ghosthunter said:
It doesn't make the images you take any better/worse
Click to expand...

Unless you can't see properly! Crappy EVF or OVF detracts from the photographic experience. Bad experiences means less desire to use that particular camera. It applies not only to VFs, but to just about everything in a camera, including ergonomics and operational performance.

After playing around with the XE1 for a day, I was reminded of how good the JPGs on the XPro1 (and hence the XE1) are -- as good if not better than the JPGs on the X100, which are amazingly good. The balance of noise control and detail is superb.

Can't wait to actually use it for something other than photos of books, stuffed animals, fan blades, and my toes!

The OMD is no slouch either, and can render sharper images at low ISO than the XPro1/XE1.

I updated the lens firmware on the 35/1.4, and did not see a noticeable improvement in AF performance. So as far as AF performance in any lighting condition is concerned (but especially in low light), in my experience, the OMD is superior by a good margin.

I'll probably take both cameras with me to the honeymoon. Will use the 14-150 full time on the OMD. And use the XE1 for shallow DOF stuff. Get the best of both worlds!
T

Wolf said:
Could you explain why ?
Click to expand...

It feels like I could open the back and insert some film. All the controls are external, at a glance I can set up and confirm all settings minus ISO before the camera is even turned on. It also feels right in my hands.

I finally had a chance to use my XE1 a little bit more over the Thanksgiving holiday. The XE1 unfortunately did not make the wedding trip to the Bay Area as I was packed to the limit. So the wedding/honeymoon trip was all OMD with the PL25, 14/2.5 and 14-150. I also had the FL300R, which I used solely for fill-in purposes.

Ergonomically, even though the OMD feels a little cramped with so many small buttons, I found it much easier to use than the XE1. Moving the AF point around on the OMD is a one-handed operation vs. not only two hands on the XE1, but also having to pull the camera away from my eye when changing the focus point.

AF performance wise, there's no competition. The OMD trounces the XE1 in both speed and ability to lock focus in bad lighting conditions (with or without the AF assist lamp). Using the 35/1.4 and 60/2.4, I really don't see much difference between the XE1 and the XPro1 (pre firmware 2). I'm assuming that the purported vast improvement in AF performance on the XE1 and XPro1 is likely due to the 18-55 lens more than the cameras.

AF accuracy also goes to the OMD. There were times with the 35/1.4 that I had AF lock, but the photo still came out slightly out of focus. Similar to the XPro1, I found the C-AF to be a superior AF mode than S-AF. It's more accurate, and will lock on on less contrasty subjects in situations where S-AF refuses to lock. Only problem with C-AF is that the XE1 is constantly trying to focus even when the shutter button is not half-pressed. So that drains the battery quickly (and makes the annoying screw-drive motor noise).

I haven't downloaded the photos taken with the XE1 to my iMac yet. But they do look pretty good in the LCD and EVF. The LCD doesn't have as much contrast or brightness as the EVF. So images look different. I'm pretty confident the images will look great on the 27" screen of the iMac -- if I ever get to downloading them!

This is interesting to me because for the most part I see the opposite action when it comes to AF performance with the Xpro and the OMD. I have two of each body so i am throwing out camera body QC variation here. While the OMD does fell like it locks in faster, I find many times it has locked on incorrectly on the first frame but corrects it self on the second, with the XPro1 AF accuracy is higher on the first frame and ability to lock on in low light is more than fast enough for me. Honestly there are number of low light, low contrast times when my Canon D1X has trouble locking in. The problem for me with focus on the XPro1 when compared to the OMD is not the Af but the lack of image stabilization and tighter focus plane, so what is appears our of focus many times is actually a little bit of motion and limited focus depth. Just shot a bunch of low light images in NY last week with the XPro very little focus lock issues.

Hi Bob! If I'm shooting still or fairly static subjects, the XE1 is plenty fast. But it's not when I'm trying to take photos of speedy nephews and nieces, or subjects walking at average speeds on the street. The OMD is not infallible with AF accuracy. But in my experience, it's more accurate than the XE1, particularly at low light. I can work around the slower AF speed by pre-focusing. But overall, it's my opinion that Fuji still has work to do to catch up to Oly and Panasonic (who had a couple of years of head start) in terms of AF performance.

I was not even talking about speeding things, ie I was shooting a Jzaa festival in low light the OMD pretty much missed focus on a number of first frames, then caught itself with the second and third. While other other day shooting at night in the street, XPro1 locked correctly must of the time, but the frames that ending up being too soft for were due to motion on my part or the very thin depth of field that even shooting at F2.8 gives. I presume you are using the corrected AF option in the XPro my AF accuracy went way up after selecting that option. I do love that I can change the AF spot with my finger on the OMD, great option and the IBIS is amazingly good. The OMD has to be one of the first camera that I can think of that lets one do motion images handheld but look like they were shot from a tripod.

"Corrected AF option"? Not sure what that is. I'm using the XE1. Are you talking about the correction when using the OVF in the XPro1 due to the parallax?

I've been using the M mode more often nowadays instead of A mode, so that I can increase the shutter speed to capture moving subjects a little bit better (in addition to dealing with shaky hands in the case of the XE1).

I hope Fuji will allow the shift of the AF point change to the right hand. Fuji has those four directional buttons that have no use right now, until a function is first triggered. Would be nice to be able to turn those into direct control buttons for different functions. I have the OMD set up so that the left directional button triggers the AF point change. Works great!