Well.....I've had the camera for about 24 hours. I know many here are expecting delivery very shortly. I thought I would start a new thread for us guys that are just getting it because those very first impressions are.....well,.......fun.

I'll start off......first, I'd like to thank David and LisaO and others for sharing their pictures and in the case of David, writing a very nice continuing detailed camera blog.

I didn't want this camera.....OK, I did........I put myself on a waiting list months ago after my local camera shop owner was chosen by Fuji to field test a prototype. In the interim, I was becoming an increasingly discontented Canon shooter and was looking for a non-M43 alternative. (I have LOTS of M43 gear, but was always looking for a bigger sensor.)
I took a jump into PentaxLand and now am thrilled with the K-5 and assorted lenses. (Pentax ROCKS!! )

So, I talked myself out of the X100....until my camera shop guy called me and said my camera was in. I was proud of myself.....I told him I DIDN'T want it and that I would pass on this opportunity. He then kinda b***h slapped me over the phone.

I picked it up yesterday.

Yes....I expected quasi-plasticky. It is not....it is smaller than expected from the pictures and heavier. It looks just gorgeous. But looks aren't everything. After reading about all the niggles and quirks, I was NOT going to be impressed by looks.

So, I muddled around with the set up....actually read the manual (a little)...put on the case, strap and hood (yeh, I pimped it up) and took it out today for a spin.

I'll post a few when I get home tonight.

I object to this thread. It will likely have a negative impact on my wallet.
R

Pelao said:
I object to this thread. It will likely have a negative impact on my wallet.
Click to expand...

But here are a few pics.....(Disclaimer:....not quite knowing what I am doing) 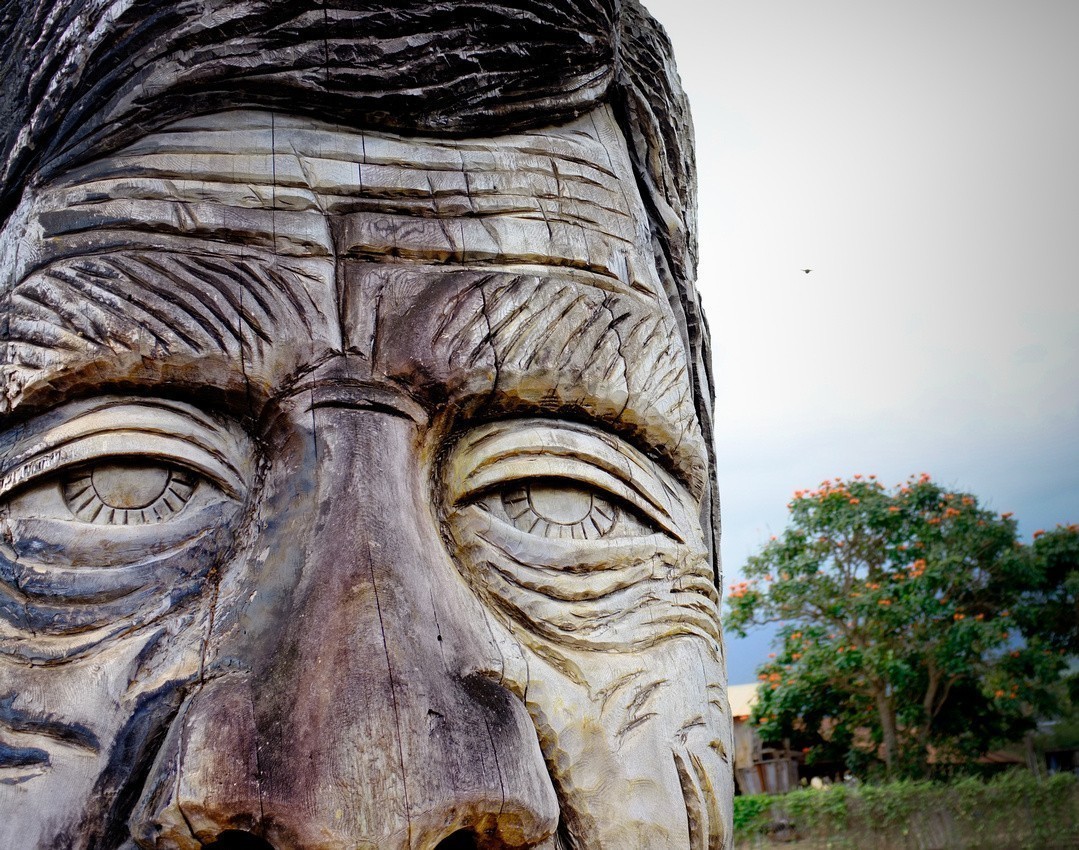 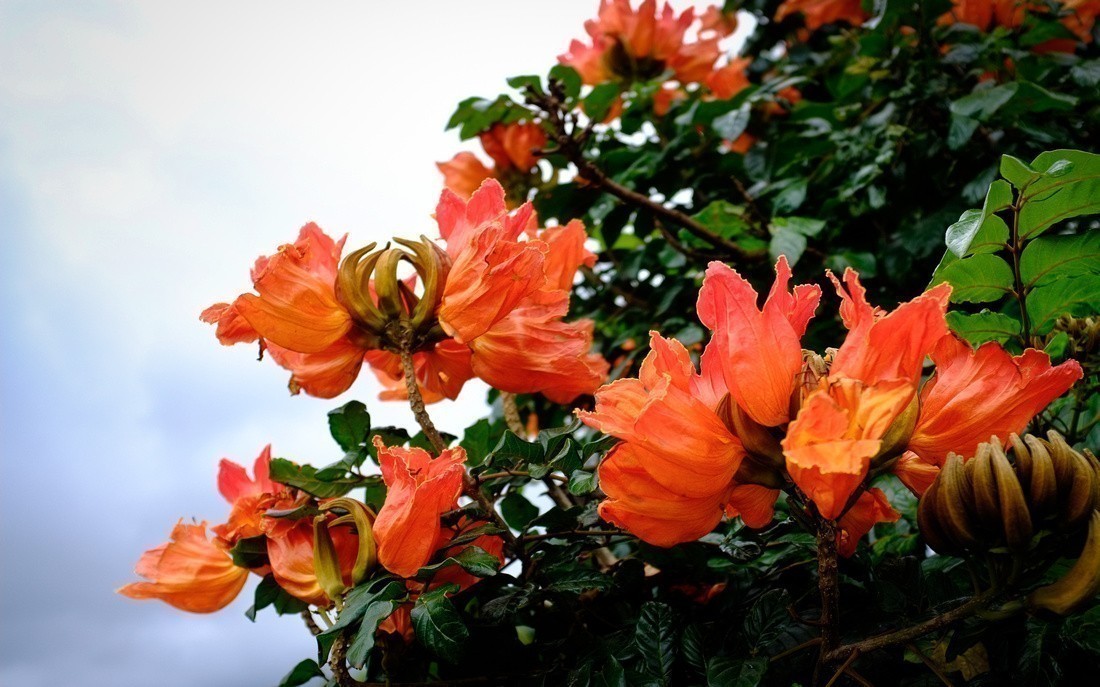 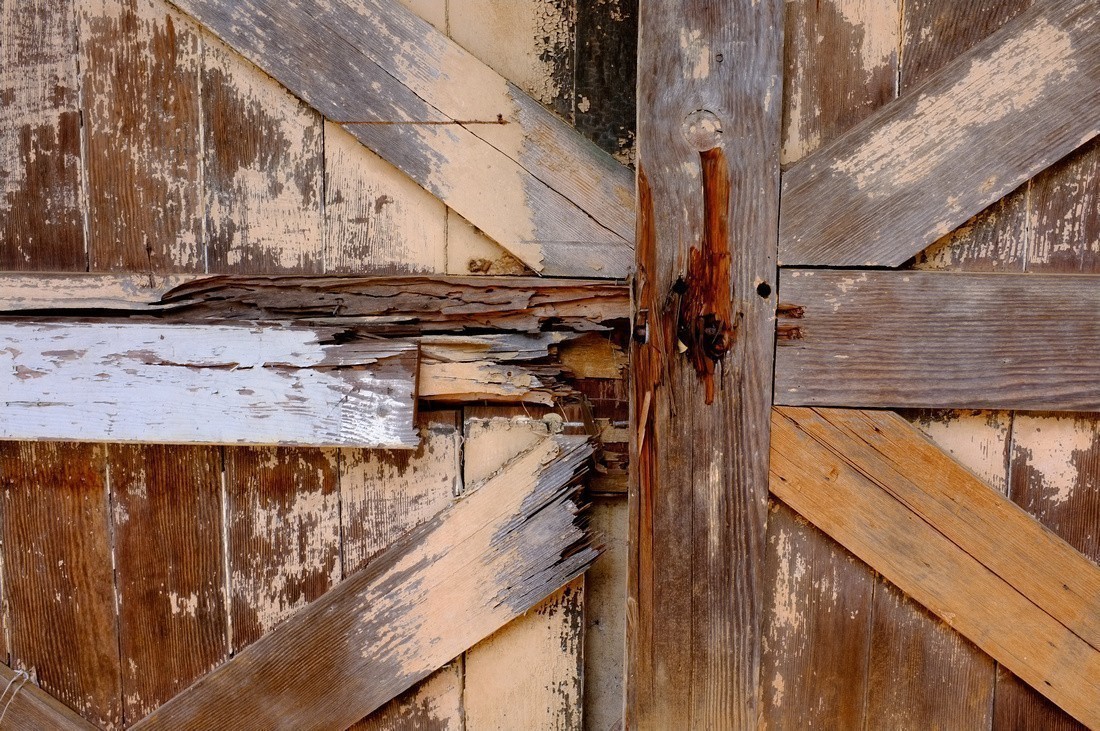 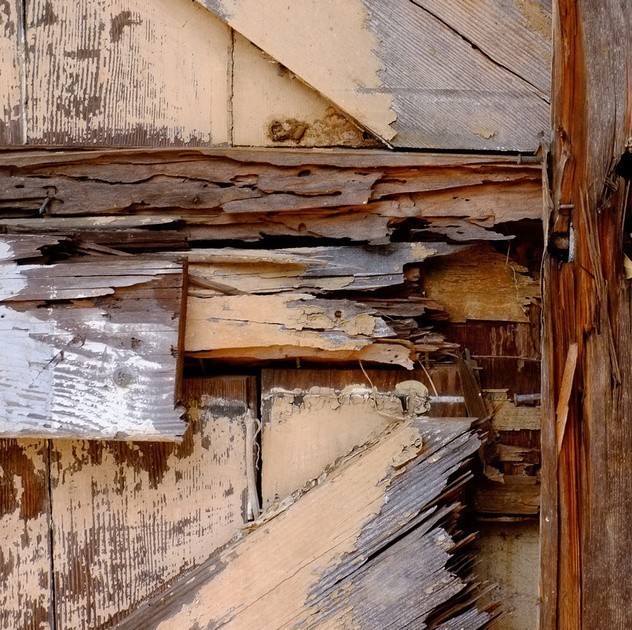 A great beginning and I'm glad you started a new thread for us newbies. I hope to be charging my battery tomorrow evening.

A wonderful introduction, Rich! Really nice color of the close up of those beautiful tree blossoms.

Oh Rich...... I have to admit to having one too I have to confess that I didn't really want one, didn't put my name on a list or salivate over the pictures. It just kind of fell into my lap! In fact I did my very best to ignore it from the get-go. I saw lots of user reports coming in and a few pictures, even some that were NOT food () and I caved. I ordered one over Bank Holiday weekend from an online store and fully expected to get an email on Tuesday morning telling me that they actually didn't have any. This they duly did. Then, as luck would have it, I was looking for a Pentax lens for my K5 when a little box at the top of a website I often use popped up with "Fugi X100 in stock!". This was meant to be I told myself and I "snapped" it up immediately by phone just to be sure I received it on Wednesday and have spent a day or so trying to familiarise myself with it. Yes, it's about as heavy as the Olympus EP2 but more "boxy". Verry nice to hold and actually yes, rather fun to use. Focus is a little faster than the Leica X1 but not always accurate. The jpegs are very useable and I think I'll just use these as it's not really meant for close up work. The ovf is crystal clear and the evf not nearly as good as the GH2. I'm still wondering if I can get it to show an instant picture review on the LCD, otherwise you have to look at it on the evf which shows it quite darkly, otherwise you have to go into full review mode. Perhaps someone else knows? Lot's to learn still but it's a long flight to Boston so I have time
R

christilou said:
Oh Rich...... I have to admit to having one too. This was meant to be I told myself and I "snapped" it up immediately by phone just to be sure I received it on Wednesday and have spent a day or so trying to familiarise myself with it.
Click to expand...

. Oh, and here is MY "justification".......I have been looking for a wide Zeiss prime for the Pentax. I have been trying to convince a guy in Germany to sell me his 21/2.8 for almost twice the price of the X100. Here, I got a "wide" entire camera for half the price.

Cool. I guess we have a few of them around here now to compare notes. Don and BB should be onboard very soon if they didn't get 'em yesterday.

I'm generally not wow-ed by image quality, I TRY not to be wow-ed by image quality - as noted in another discussion over the past couple of days, I find most modern cameras to have more than good enough IQ. And yet there's something about the files coming out of the X100 that's pretty undeniable. I look at 100% crops from this camera (even though this has approximately nothing to do with photography) just because they look so good.

At the end of the day, the photographs I'm making with this camera look a lot like the photographs I make with any of my cameras - no surprise here - but I'm having a blast shooting with it. Which, for the hobby-est who's just shooting for fun anyway, is a fairly large bottom line.

Christina - I am shocked, shocked, shocked! Always the quiet one to watch out for. Congratulations and when do you take off? Bring two cameras - one with a long lens for the marathon and then just bring the X100 - it will be great on Cape Cod, Boston and NYC!

Ahhh! you weak willed people.
I've now said NO 4 times - it really hurts, and the more I see, the more I like, but I still don't think it's for me.
Anyway - congratulations you lot - have fun, and enjoy your new toy.
all the best
Jono

Thanks Jono and, by the way, welcome to Serious Compacts! If you have the time, please do us the honor of stopping by the Welcomes and Introductions forum for a bit of an intro.

jonoslack said:
Ahhh! you weak willed people.
I've now said NO 4 times - it really hurts, and the more I see, the more I like, but I still don't think it's for me.
Anyway - congratulations you lot - have fun, and enjoy your new toy.
all the best
Jono
Click to expand...

I said NO waaaaaay more than four times. The problem is, you only have to say yes ONCE to make all of those NOs irrelevant! I said yes once. The final tally:

The winner by technical knockout: YES

Honest gov, just went to have a look at the demo model ... I was reading this thread this morning and commented to my husband that it would be quite nice to see an X100 in the flesh. Jacobs in Edinburgh had a demo model (none in stock) but as we had nothing else planned, we jumped on the bus and headed for Princes Street in Edinburgh for a little look. In no hurry, we went for lunch then strolled down to Jacobs, passing Jessops but ignoring it as I was getting a little keen to hold the X100 in my hands so I could see what all the fuss was about. The shop was busy and, no surprise, the Jacob's salesman confirmed that none were in stock and the waiting list was long. No worries, I've just got a Nex5 so plenty to play with just now. The X100 was nice though. Very nice. On the way back, we passed Jessops again and on a whim, we went in. They also had an X100 on show, the demo I presumed, so I asked the Jessops salesman when they would be getting more in. He told me that they were just getting them in dribs and drabs, very popular cameras. I told him I didn't want to put my name on the list, just wanted to pop in one day and buy it when it was in stock. He smiled at me, and told me, this one was in stock ... the last one, mine if I wanted it! I'm back home now, battery is charging. Husband is a little shell shocked!! Very nice camera.

Amazing!! Boy, I'll tell you this just goes to show that the best laid plans....don't trump being in the right place at the right time! Congrats to you!!!!!

I've got a video feed set up from my front porch to alert me to my UPS delivery.... T minus and counting....

I've got a video feed set up from my front porch to alert me to my UPS delivery.... T minus and counting....
Click to expand...

If I were close enough, I'd have to reach out and choke you.

Okay.....it's pouring here (and this is no weatherproof K-5), but I managed a few snaps.

So......I am officially re-naming this camera and giving it a new acronym......from now on I will be referring to the X100 as the IDOFD .......Incredible Depth of Field Device.

I'll post some pics soon and you'll see what I mean.