So I had an X100 and I was perfectly happy Then some cash landed in my lap and I saw a nice sale on an X100T a few hours later and I figured it must be fate nudging me along.

So now I have the 100 and the T. I'm a little befuddled. The T is better in every way, as far as I can tell, but I like the images a little better on the old X100 most of the time. The T can do more with less light, and hits focus with higher frequency (esp in dim light), but if the conditions are OK for the X100 I prefer the output. Shooting JPEGs. Easy to say I prefer Bayer to X-Trans, but I can't say much more about that than repeating what I read on the internet.

I'm not keeping them both, so which do I sell? I figure it's maybe a 400 or $500 difference on the used market. That seems like a lot of cash to trade for better usability and images that I don't always prefer. I must say that I really like the images from the T, but they seem to lack that little bit of something that takes them from good to special.

I know many folks here have owned both cameras. Tell me what you think please. I know it comes down to my preferences and how I value everything, but I'm looking for some objective logic that I can maybe latch on to.

If you can wait about a week I am just writing a follow-up piece for Macfilos that may help.It describes my journey from the original X100 to the X100t. It has not been a smooth path. I just couldn't warm to the earlier iterations, read the story as of January and the X100s here: http://macfilos.com/photo/2015/1/16/fuji-100-series-why-i-will-probably-not-buy-an-x100t

The new article is up - have a read about my impressions of the X100T and where it improves on its' predecessors here. It's certainly more my cup of tea than the X100... 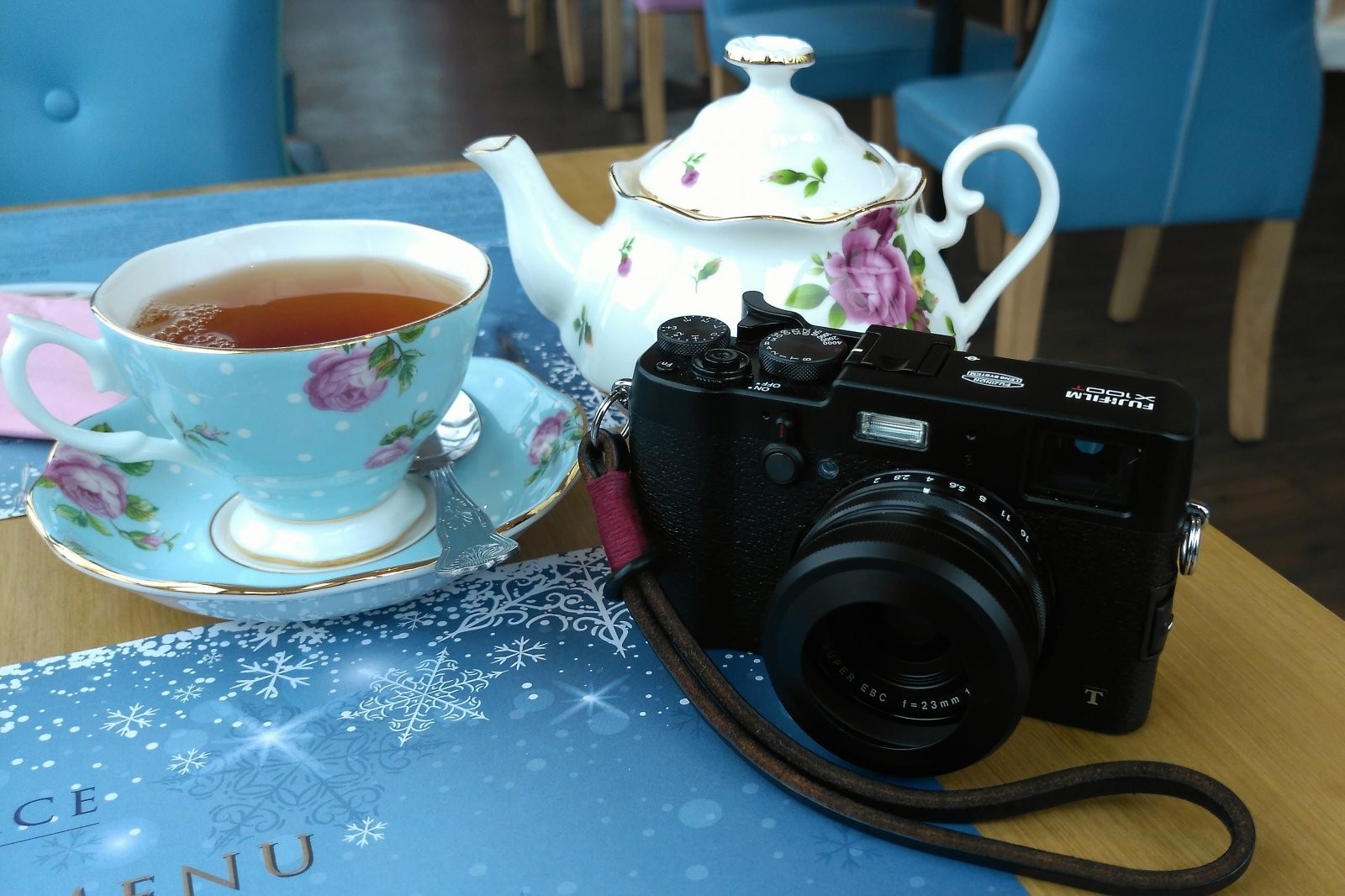 I have both the X100 and the X100T. IMO, the X100T is a much more refined camera. The X100 has become a very beautiful paperweight since buying the X100T. This isn't meant to disparage the X100 since it's still a lovely camera that's just as capable of a tool for creating great images. It's just that the shooting experience is much better with the X100T.

You can debate X-Trans Vs Bayer all day, but IMO, here's the thing...

The WB doesn't seem to be the same either!

But that's not to say one is good and one is bad, they're just different. To my eye, the newer cameras look a bit more digital.

I'm not sure what the OP's preference is on colour pallet...

(FWIW, Pro neg std with colour +1 is my preference)

Drop the highlight tone to -1

Drop the shadow tone to -2

This will change the default jpeg engine tone curve, reduce the contrast a bit, open up the shadows and make the images a little more gritty with the NR

I'm NOT saying this will make you love your T more, but it should make images a LITTLE bit closer to the original X100 output

If you shoot jpeg + raw, you can use the in camera raw converter to experiment with all these settings from a single image, eg take a shot on all std settings, then convert one to -2 shadow tone etc then try all the permutations with a different film sim!

I've had both of them for a short while and while I prefered the performance of the T over the original X I didn't like the files as much.
While I try my best to understand Fuji's decision to continue with X-Trans - why not leave it to the customers which sensor/CFA combo they prefer? Shouldn't be that big of a deal for Fuji as they have demonstrated with the X-A1.
What are they afraid of actually? That there's a chance that the majority would actually pick Bayer over X-Trans if they had the choice? I certainly would without thinking twice. After more than 2 years with my X-Pro1 choosing the right RAW converter is still based on individual images and more often than not I have to re-import the resulting TIFS into LR (room 101) to get what I want - in short: an ongoing pain in the butt. I must really love this camera and the Fuji glass to continue with this time consuming madness.

I have to say, for anyone reading this in the future still pondering the bayer sensor vs the x-trans, that I started off not liking the X-T1 files as much as the old X100, but then I eventually got settings dialed in, and now prefer the x-trans. (Hold finger out menacingly) "It can happen to YOUUUUU...."