Hello,
I've been waiting on the delivery of my Fujifilm X100V weather seal kit since ordering it before the pandemic hit here.
It's still showing as pre-order which means they've no yet received stock from the supplier.
Unfortunately, after only a few days use of my new X100V (black) I discovered a dark spot in the images viewed through EVF so I took the camera back to where I bought it, for returning to Fuji to deal with - I assume it's dirt on the sensor - and it's now ready for collection.
To prevent that happening again, I've decided to buy a filter to use as a temporary fix while awaiting the delivery of of the weather seal kit and I'm wanting to know if I can use it with the Fujifilm lens hood and adapter ring.
Has anyone used that combination?
I've looked at my lens hood and adapter ring but there's no obvious sign of where a filter can be screwed into... Or am I missing it?

I use this adaptor ring:

The OEM hood and filter adapter are nice, but in my opinion, two of the best looking options are:

Squarehood - allows for any 49mm filter to be used, while providing sun protection with a sleek hood.

The most compact lens hood on the market for the Fuji x100 series cameras.
squarehood.se

Nisi UV Filter - no hood on this one, but provides the sleekest and lowest profile option for protection of the lens and reduction of dust. 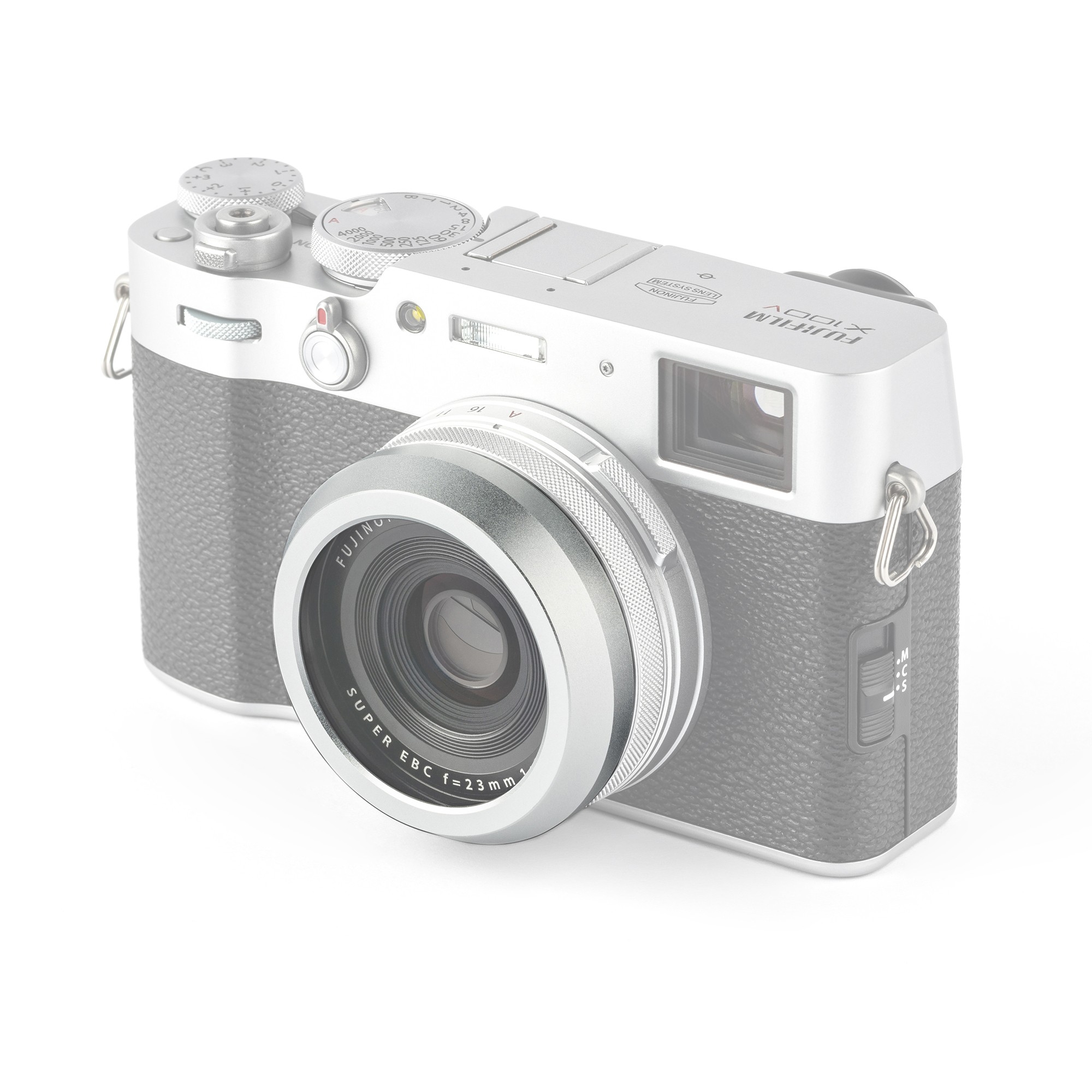 
Both should also provide the weather sealing for your V.
Last edited: Aug 14, 2020

I got the JJC adapter/lens hood combo and threw on the B+W UV filter. As far as I can tell, there is nothing special about the fuji hood/filter set, other than it is made by Fuji and probably overpriced, much like their after market grips.

Depending on the color of your X100V, you can get the adapter/hood in silver as well. Used to have one for my original X100.

Oh, and you might also want to look at generic 49mm lens caps for the end of the hood. I know some people, even with the lens hood want to have a lens cap, and the JJC does not come with one.

Okay, thank you all for your help. Appreciated... stay safe.
got the camera back from repair, but the report didn’t give any idea how the sensor got market. Hopefully, it’s fine now.

I used a thinner version for my X70s.

Looks good... My weather seal kit has finally arrived. Thank you all for your help with this.

I don't mean to play the Necromancer here and bring back dead threads, but I would like to chime in on the topic.

I got my X100V about a year ago, right from the moment I got it, I've been using a hood, adapter ring and filter in order to make it WR. Since the original Fujifilm WR kit doesn't offer anything special over third party products (like rubber seals, o-rings, etc.) and went for a kit from Haoge, consisting of an adapter ring and a square hood. For the filter I went with a B+W Clear Nano protection filter. Personally I think any reasonable combination is able to make the camera as weather resistent as the OEM kit does, but 3rd party brands won't specifically claim it to avoid any warranty problems if a camera should still suffer water damage, as the camera's owner could come back to them and confront them with the situation. 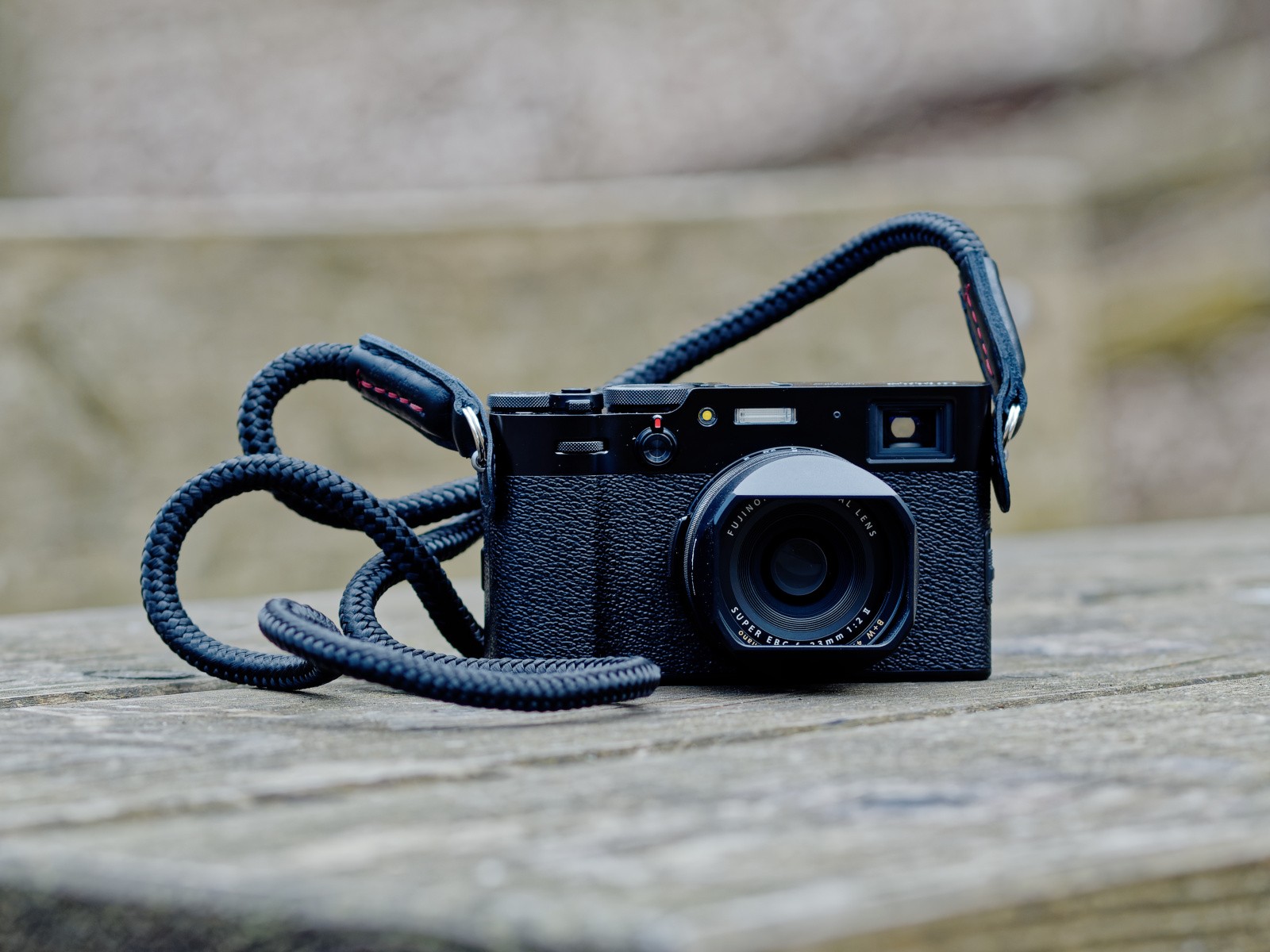 Back in September I also noticed a dark spot on the lower left side of my EVF, it was also visible in OVF mode, but only on the electronic data which is projected over the OVF. That spot was very tiny in the beginning, but got larger after a few more days. I've sent it to Fujifilm for repair, it was a bit of a trouble to make this an warranty issue, however Fujifilm acknowledged it was a warranty issue and I got the camera back after about three months, I guess it wasn't water damage, otherwise they would've refused my warranty request, but rather some sort of oily liquid or grease, maybe from the OVF/EVF system, which got spilled inside.